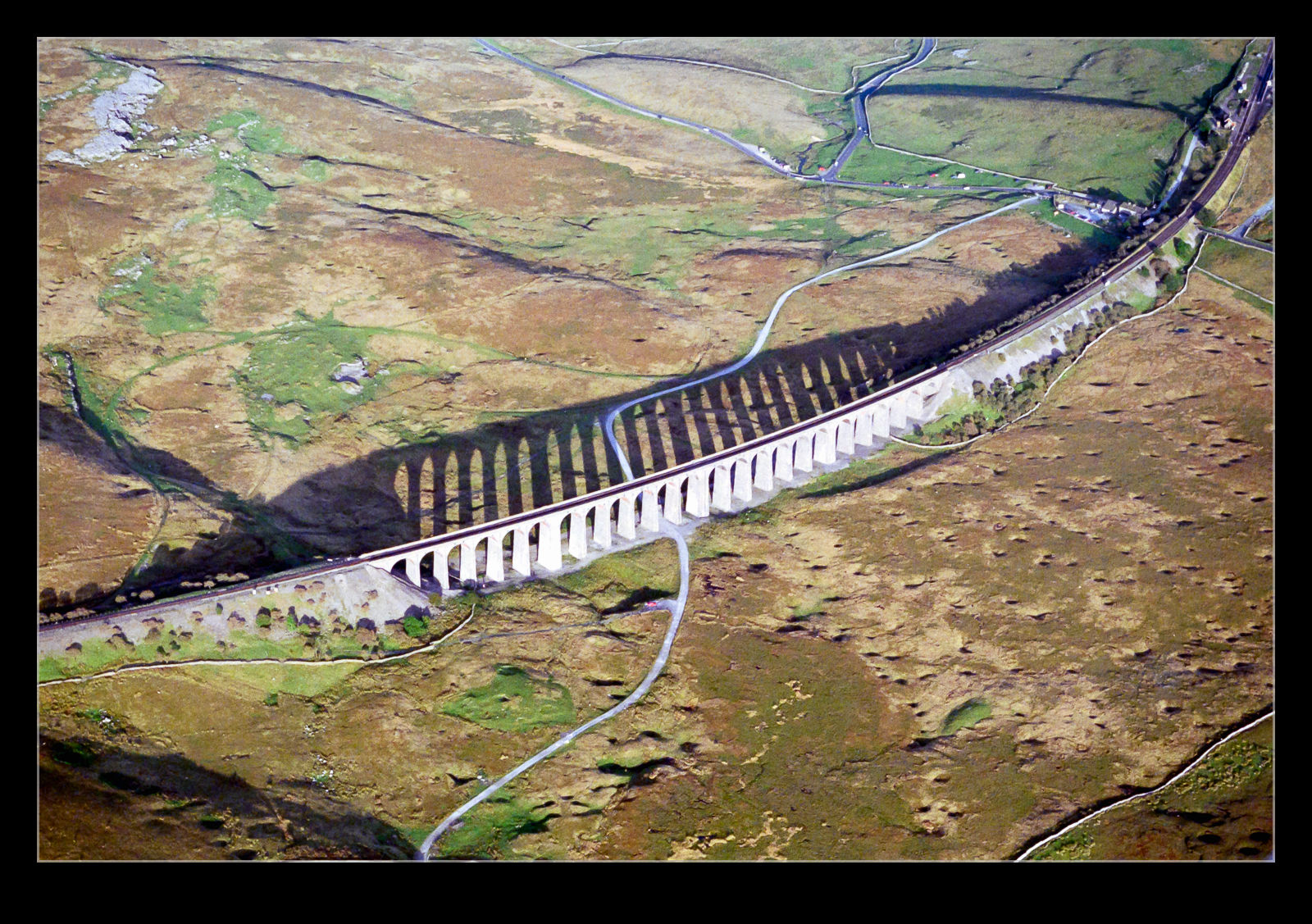 The Victorians built railways across the UK in a serious way.  Geography was not a barrier and tunnels would get you through hills and viaducts would address valleys.  They also liked them to look pretty cool.  There are numerous viaducts across the UK – some of which are well known and others of which are rather anonymous.  One of the more famous viaducts is the Ribblehead.  It is part of the Settle to Carlisle line which was once lined up for closure but now seems to be secure. 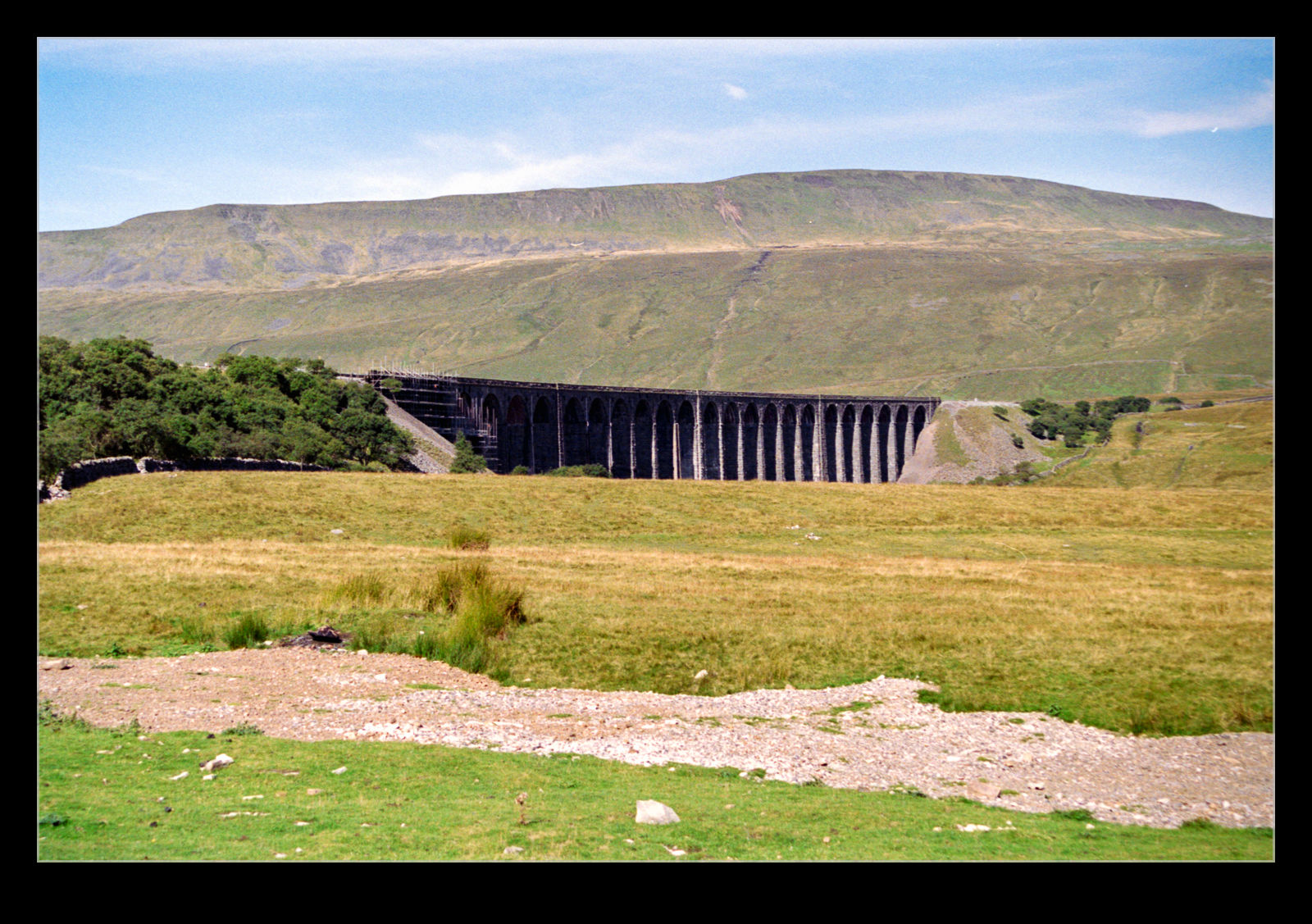 The main shot here was taken from my friend, Mark’s, Ercoupe as we had a flight from Blackpool and up over Yorkshire and Cumbria.  We were flying after work so the evening light was setting in and the shadows of the viaduct were very nice.  Since this was the days of film, there aren’t lots of shots to choose from.  However, this one worked out well enough.  Nancy and I visited the area from the ground when we lived up that way and here are a couple of additional shots of the viaduct from the ground. 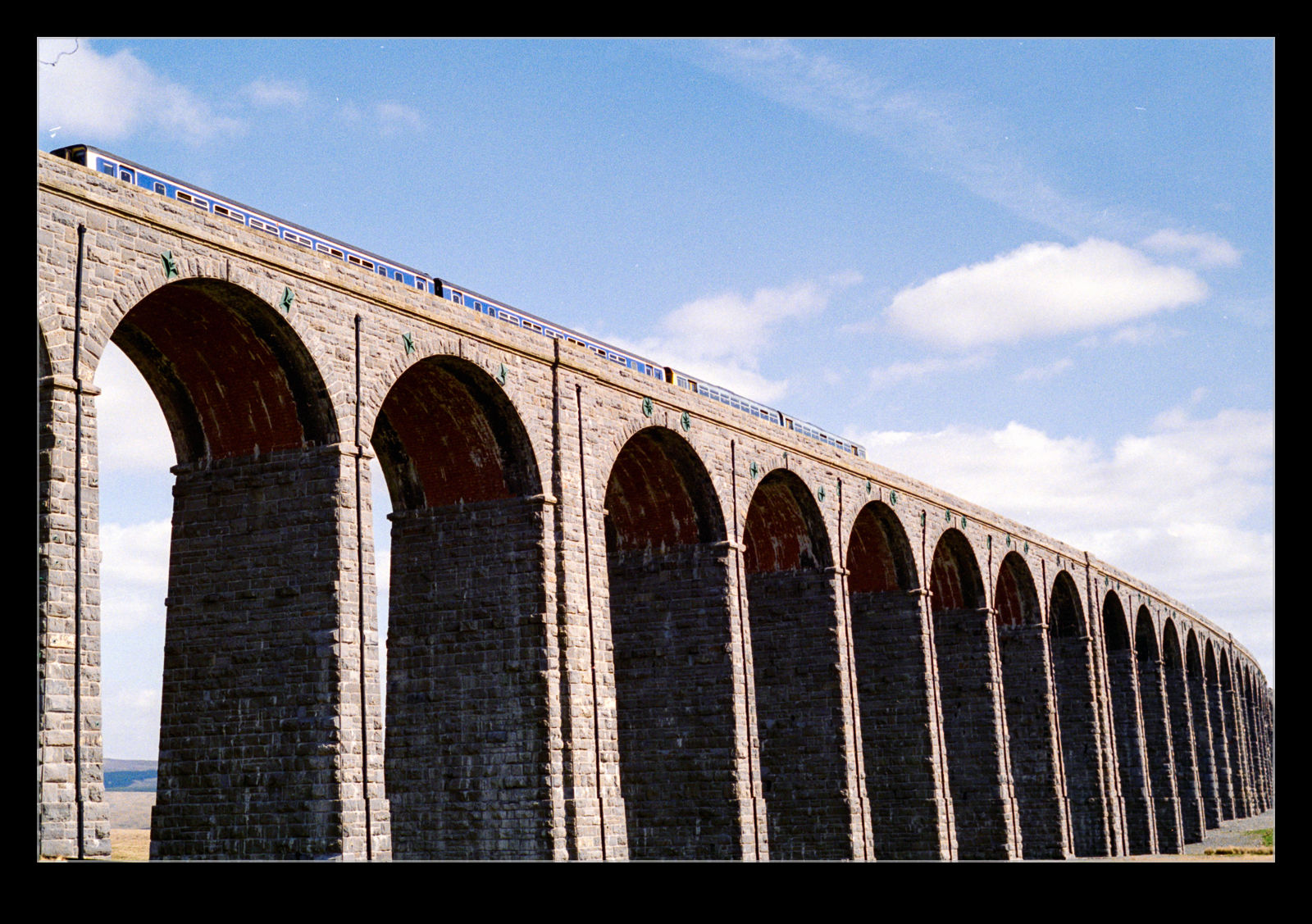 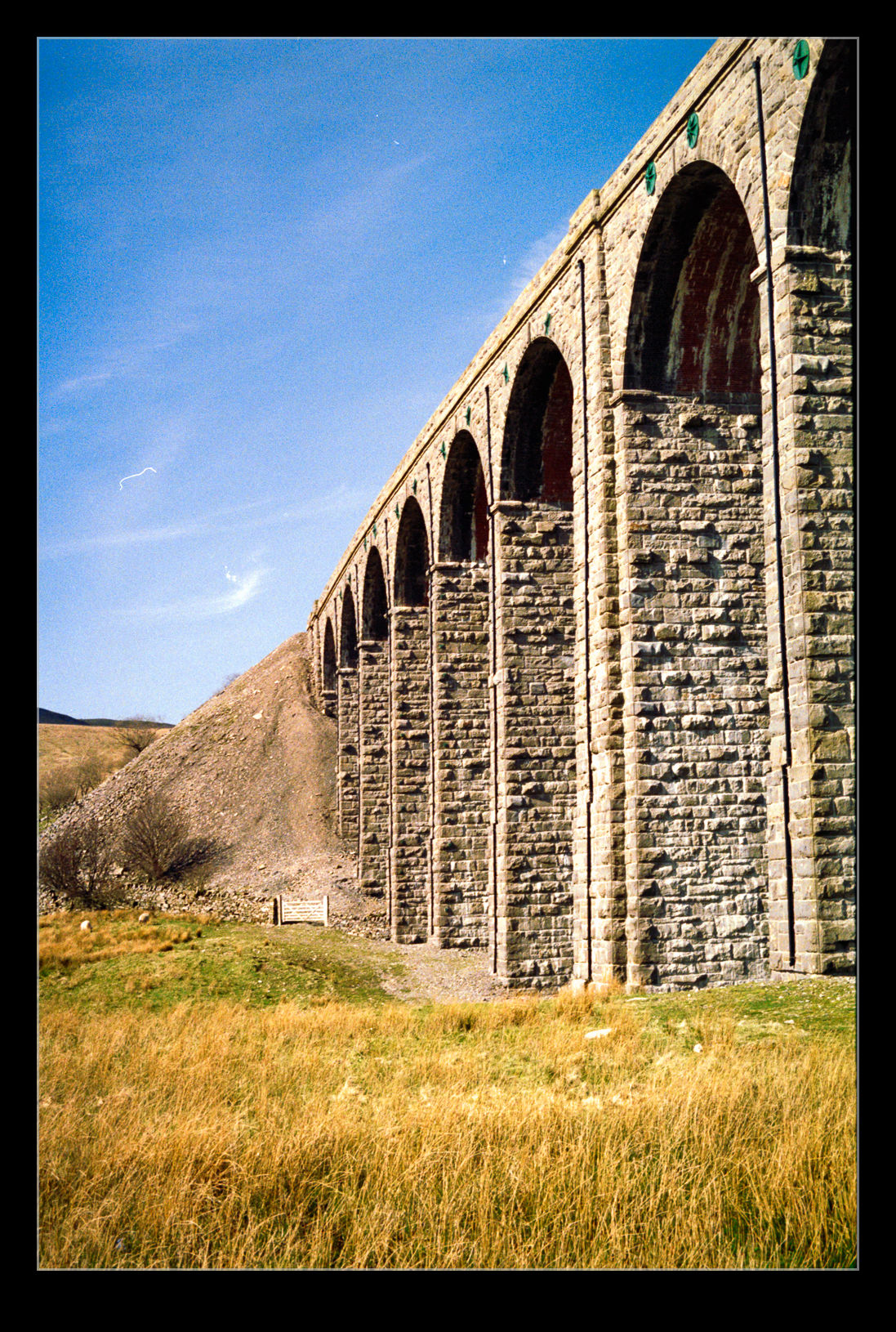