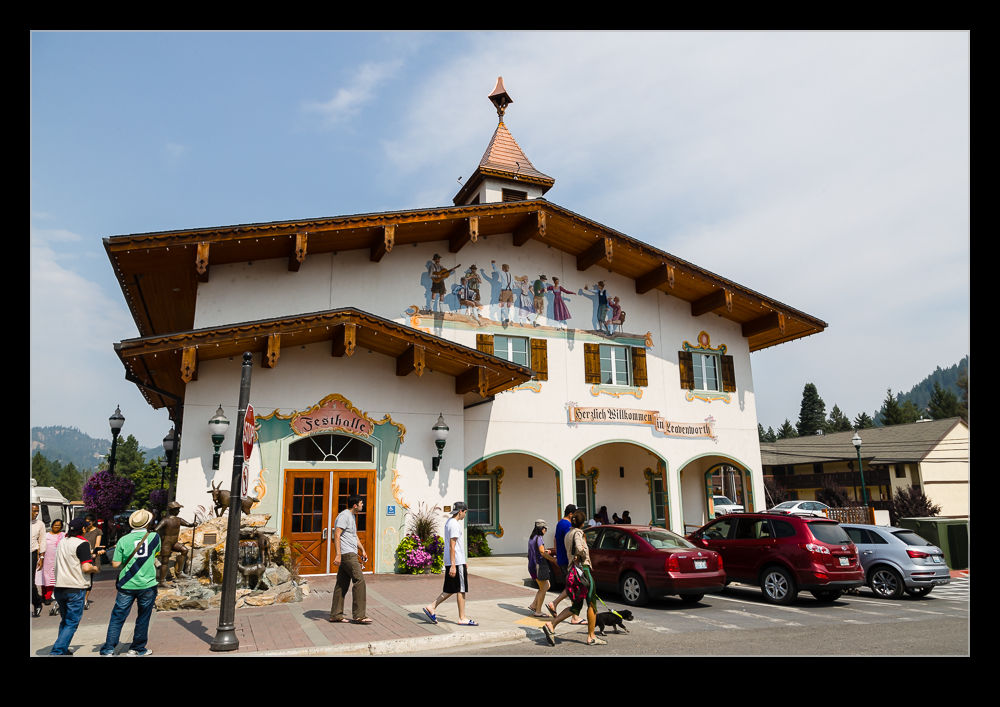 After our trip to Roslyn, we decided to cut north towards Leavenworth.  I had heard about this town before although I hadn’t researched it at all.  It is famous for being in the style of a Bavarian town.  All of the buildings are styled like a Bavarian building and the town takes the theme everywhere.  Starbucks and McDonalds have their signs in a similar style! 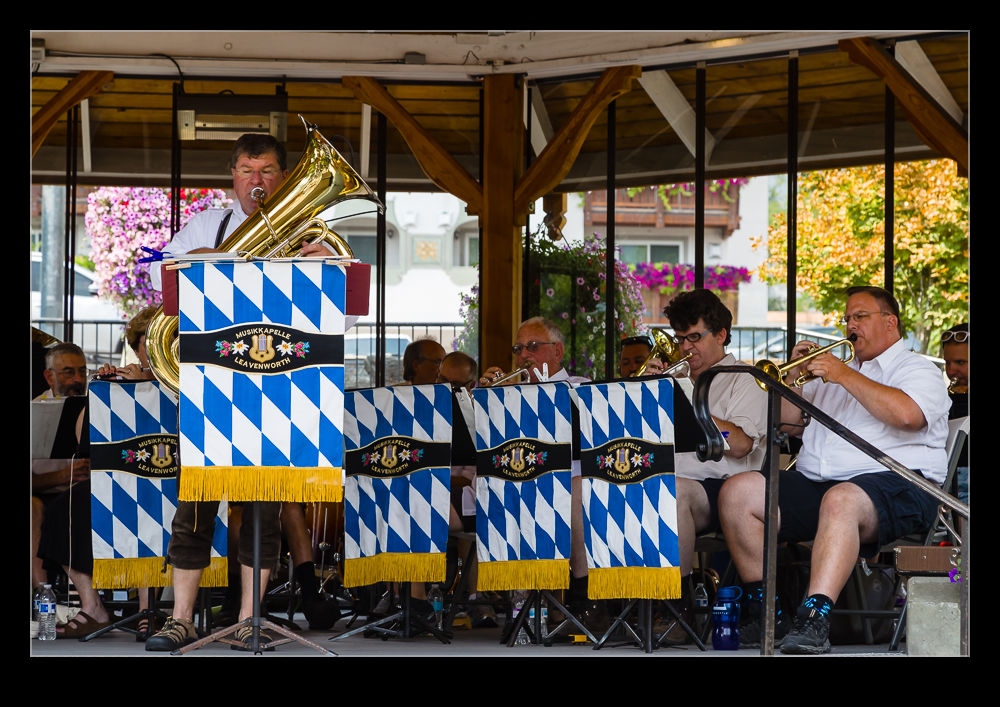 While we were there, on a sunny summer’s day, the streets were busy and entertainment was being provided.  Some dancers had just finished up when we arrived but a band was playing on the bandstand with the sort of oompah music you might have expected.  They were pretty good too. 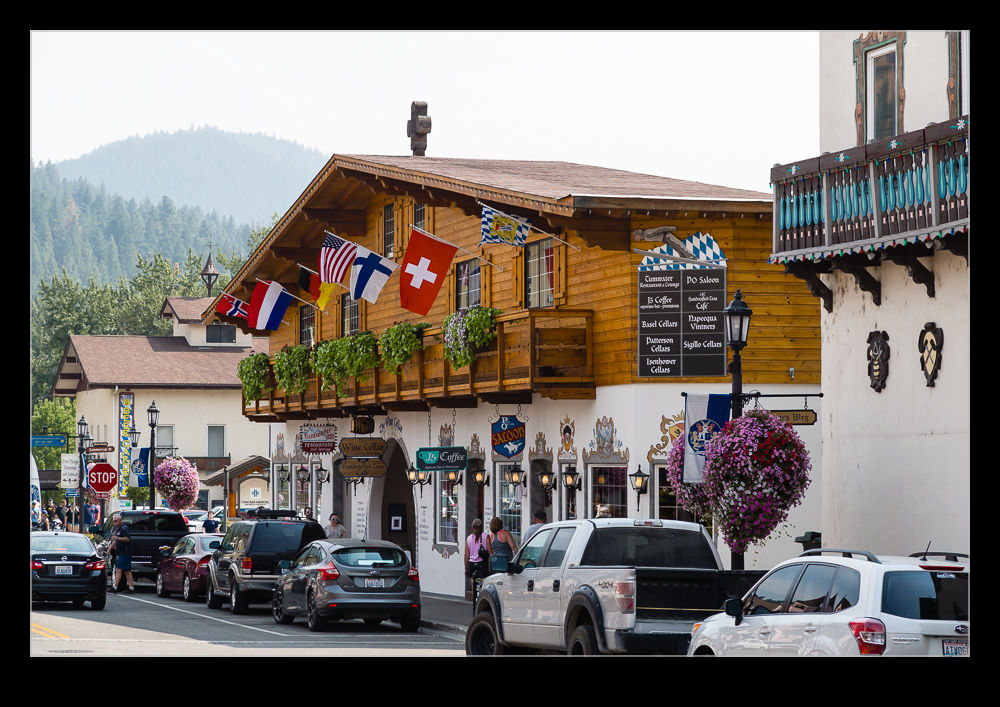 What I had not thought through is what sort of town this would be.  I grew up in tourist areas and have lived in others since.  I should have realized what the town would include.  Every building does look German but inside they are either an eatery or they are selling the amazing quantities of crap that you only find in tourist traps.  It was shop after shop full of rubbish.  We very quickly realized that there wasn’t too much to see but there were large crowds of people to get through to not see anything.  Time for a swift exit.  There was the museum of nutcrackers but, since I find them a creepy looking item at the best of times, that was not going to be the place for me! 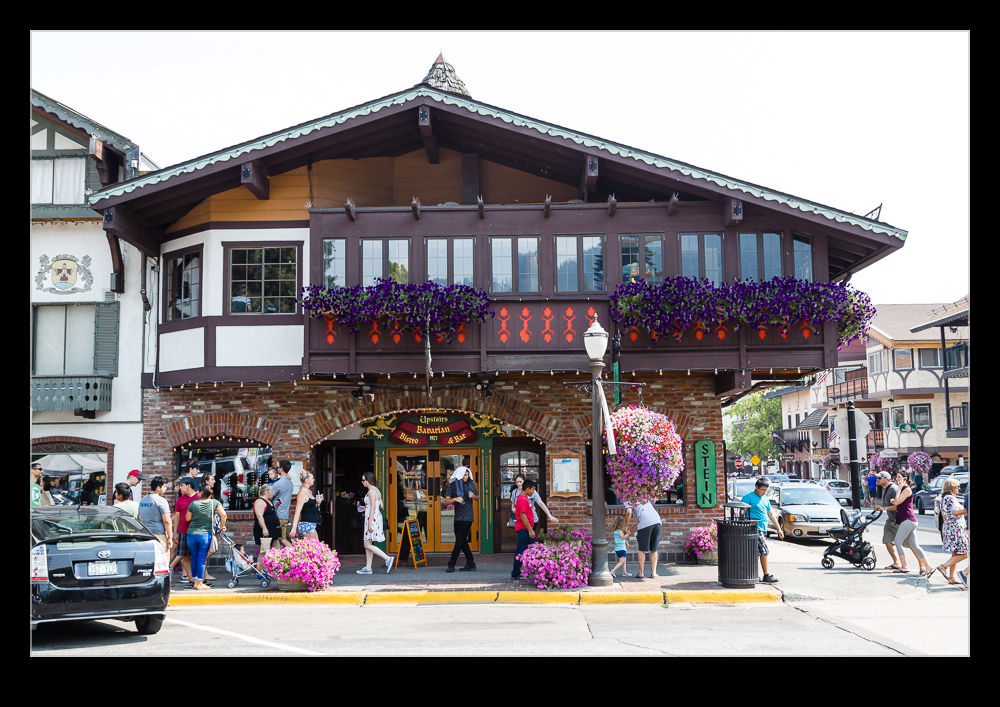