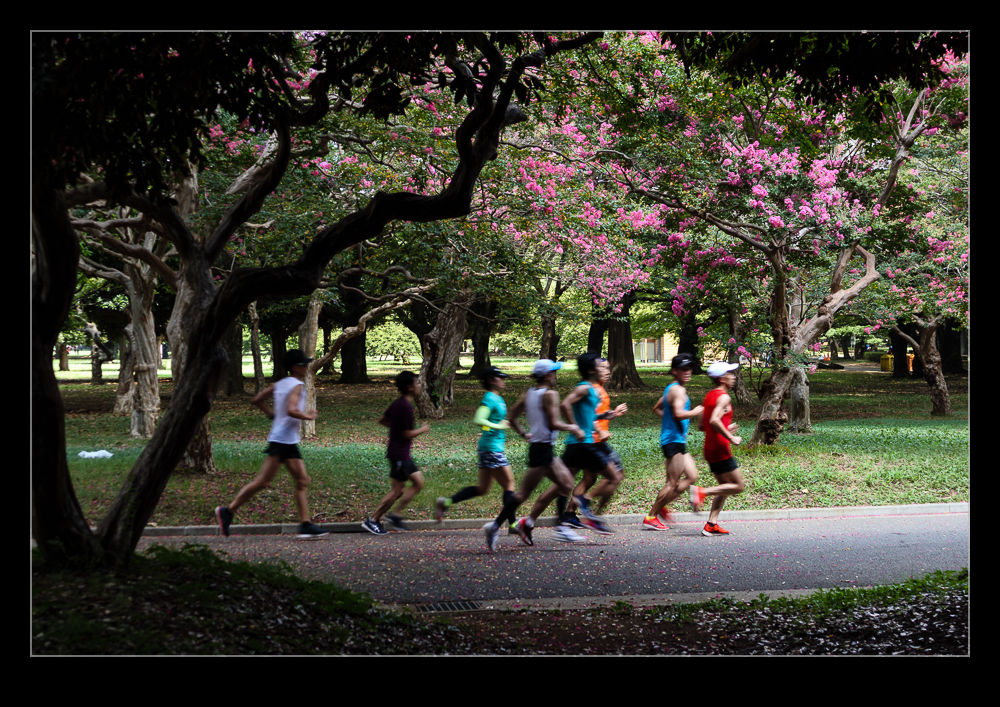 I was taking it easy as I walked through Yoyogi Park.  The intense heat and humidity meant I was trying to minimize my effort.  That was not the case for everyone, though.  I was amazed at how many people were out running in the park.  Given the conditions, they must have been really feeling it as they ran but this didn’t seem to be a deterrent.  Kudos to them all.  My stroll was a bit much for me but I only had a narrow window to be there so I had no choice! 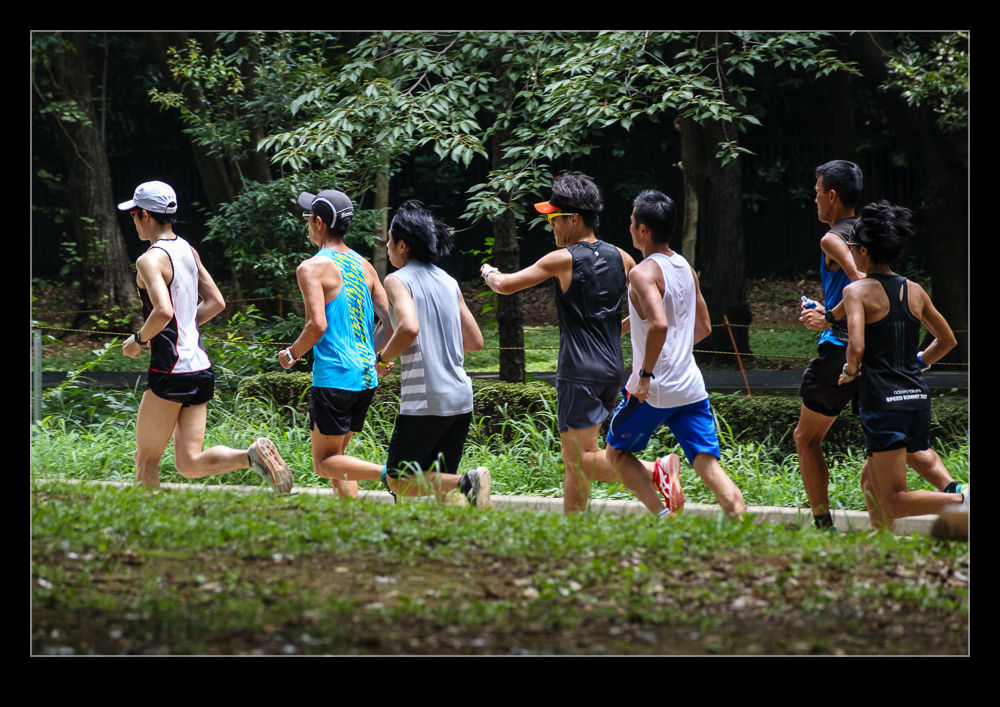 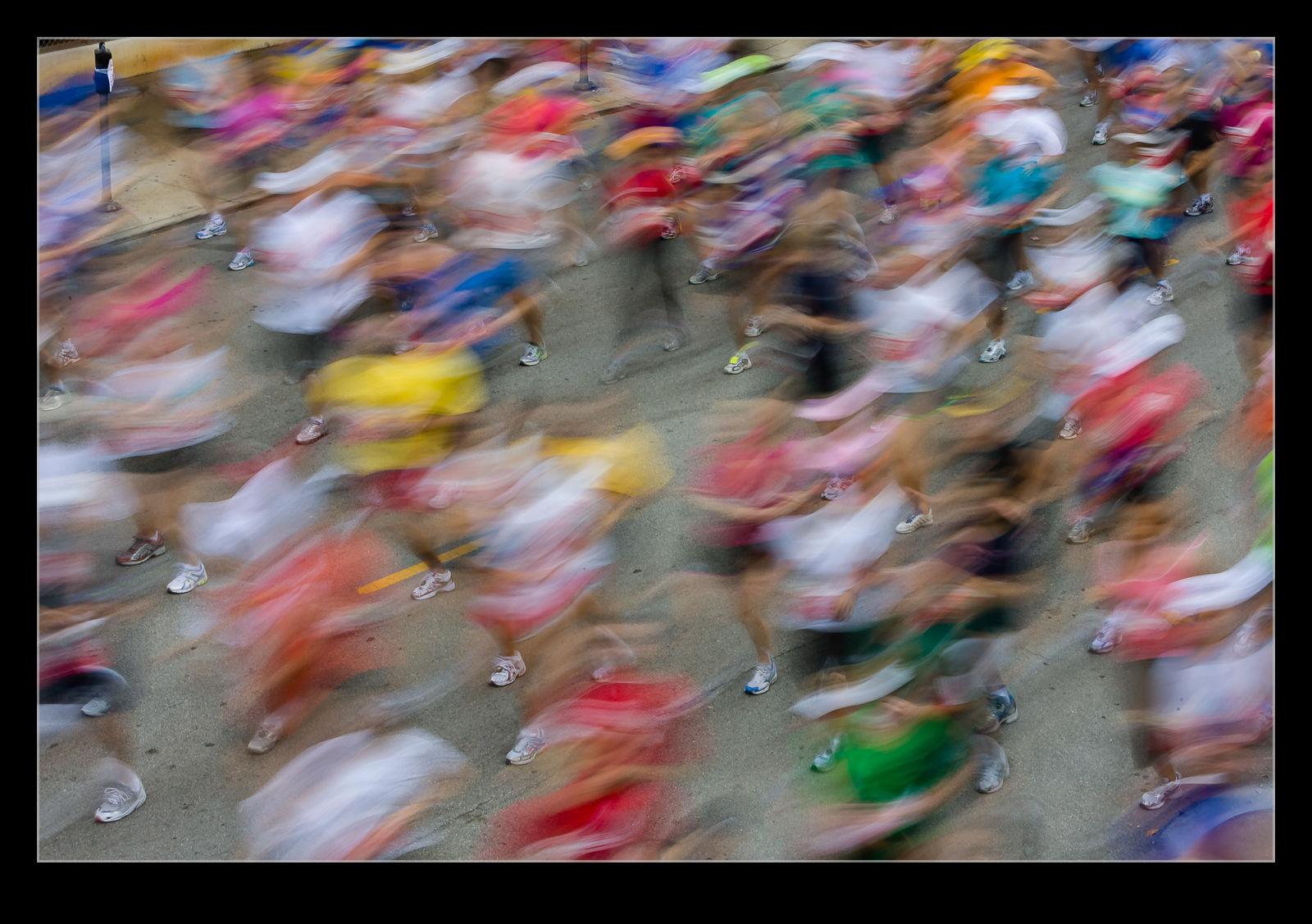 I have had a few sporting themed posts recently and here is another one. This time it is the Chicago Marathon. When we lived in the city, we were right in the heart of the marathon route. On several occasions, my brother-in-law took part in the marathon and we would then go out and experience more of the course as we tried to pick him up at various points around the whole route. The way the route is designed means the spectators can cut across easily between sections and be ready when someone comes by again. 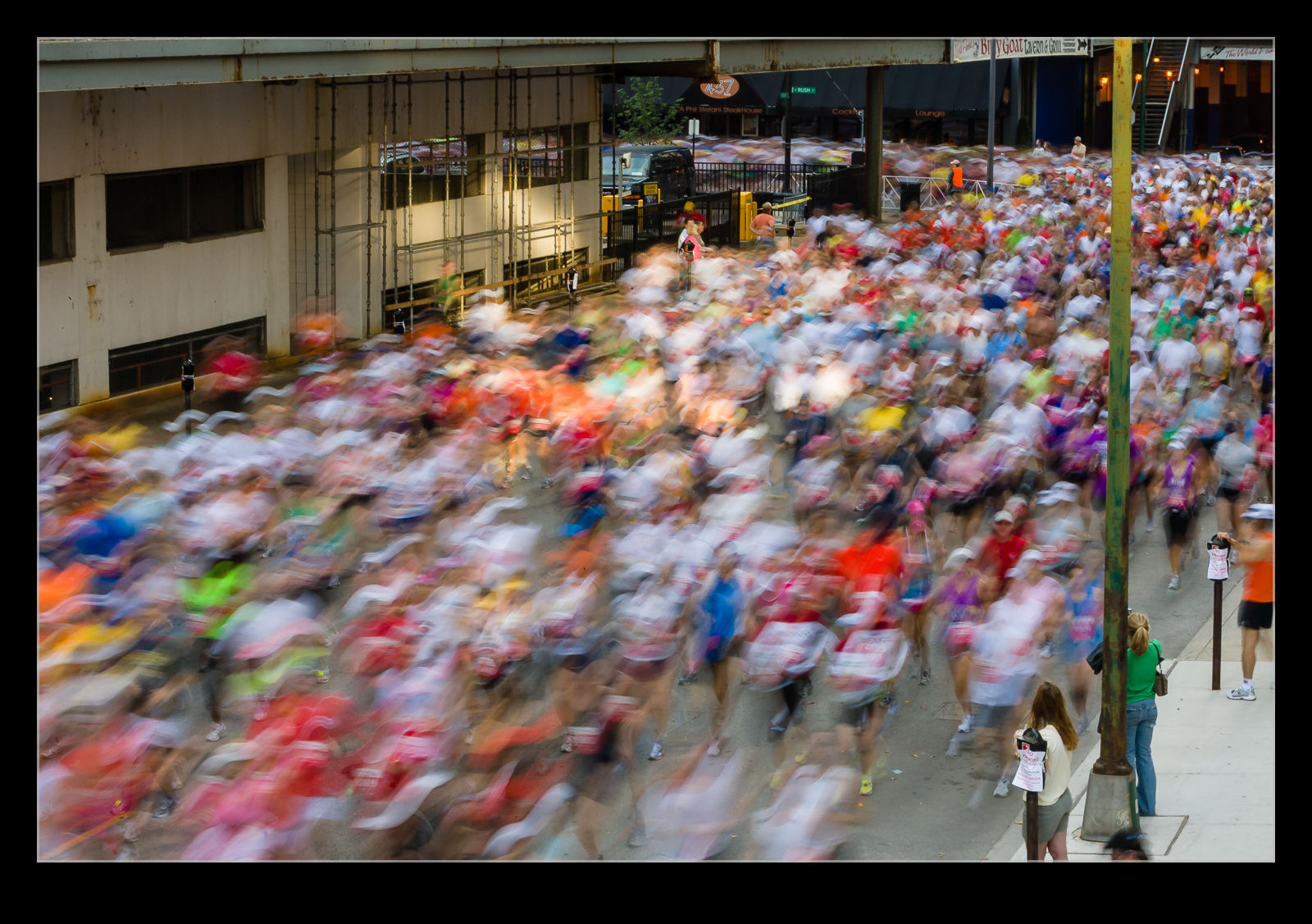 For several years, the route was changed where it came past our place. Some rebuilding of one of the stations meant it wasn’t practical for the runners to use that intersection so they diverted down a street and along another to pick up the original route. This meant they came right by us. A couple of times I went down to the street to watch them come through (provided I was more interested in being in bed on a Sunday morning!). 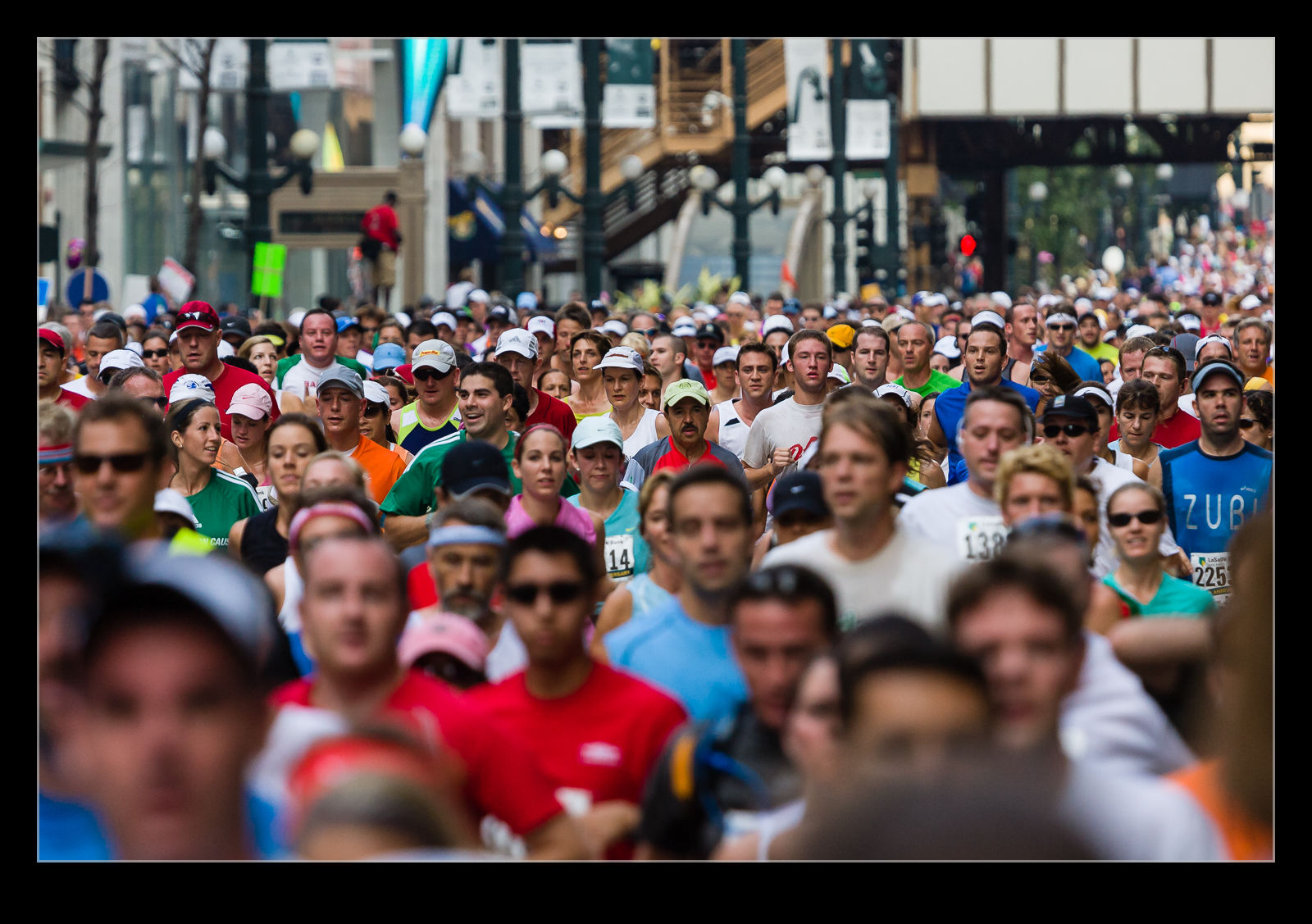 One of my favorite shots was taken from this location and it is the one at the top. I went with a slow shutter speed just to see what would happen. It turns out that the only thing that stays still for any period of time is a foot while it is on the ground so the shot has lots of feet clearly visible while everything else is blurred out. 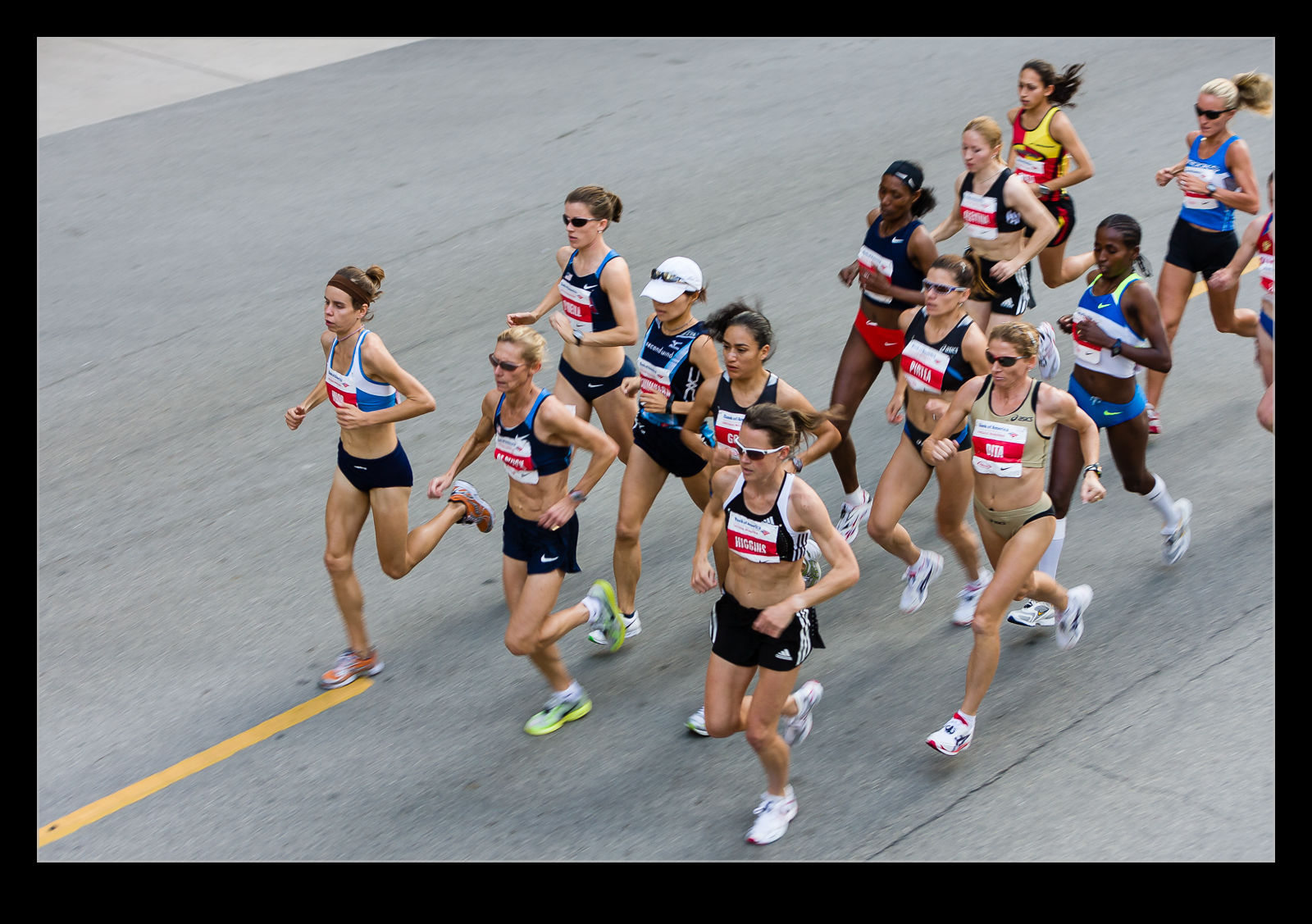 This year my niece is going to be running the race. Sadly I won’t be there but I hope she has a good time. The support the crowds provide all around the course is supposed to be very good for the runners so let’s hope her first full marathon is an enjoyable one. 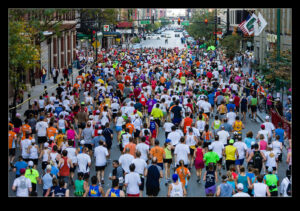 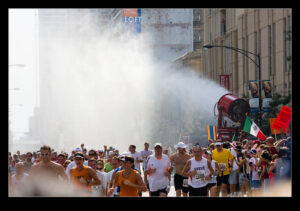 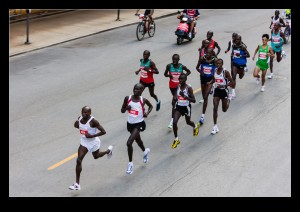 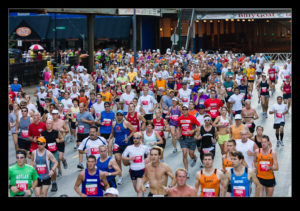 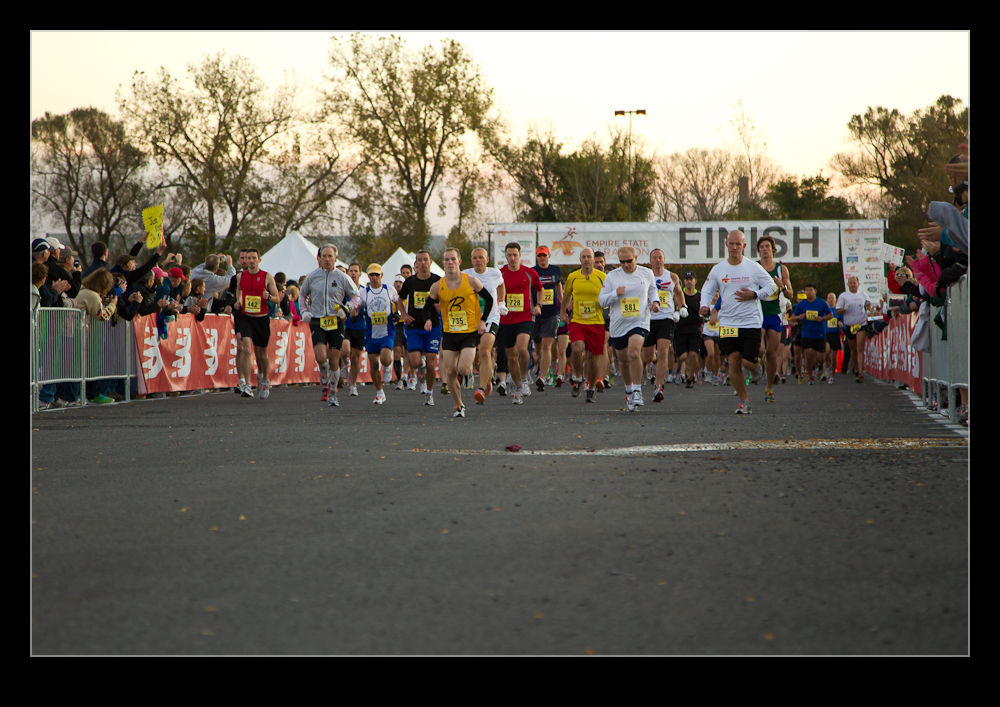 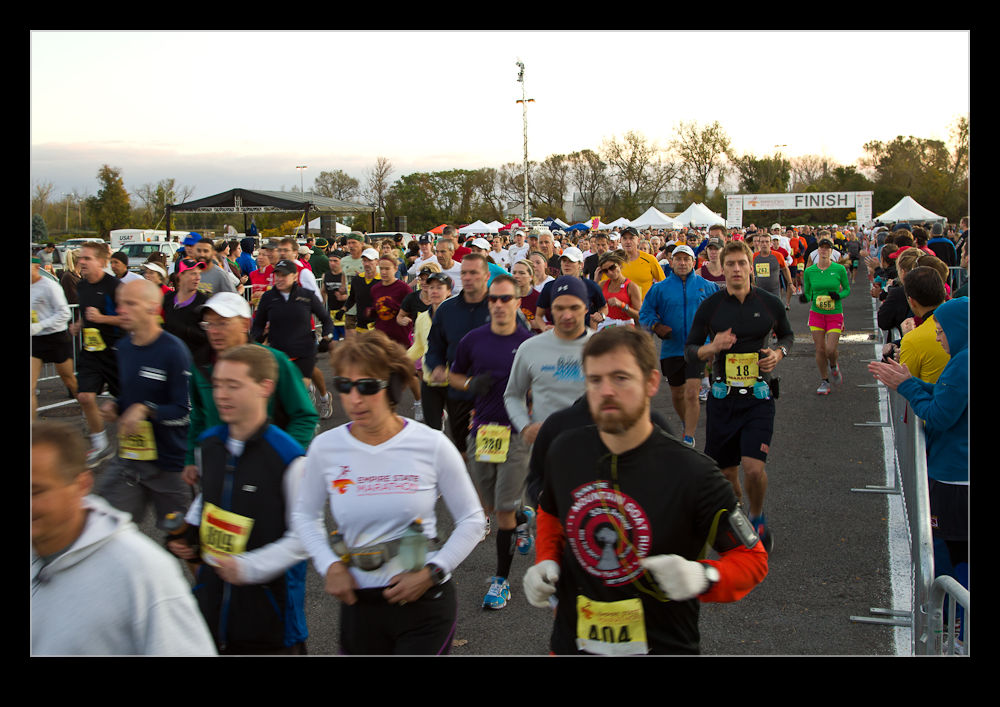 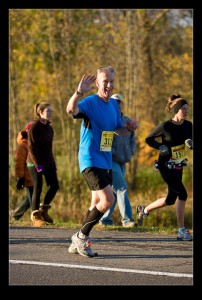 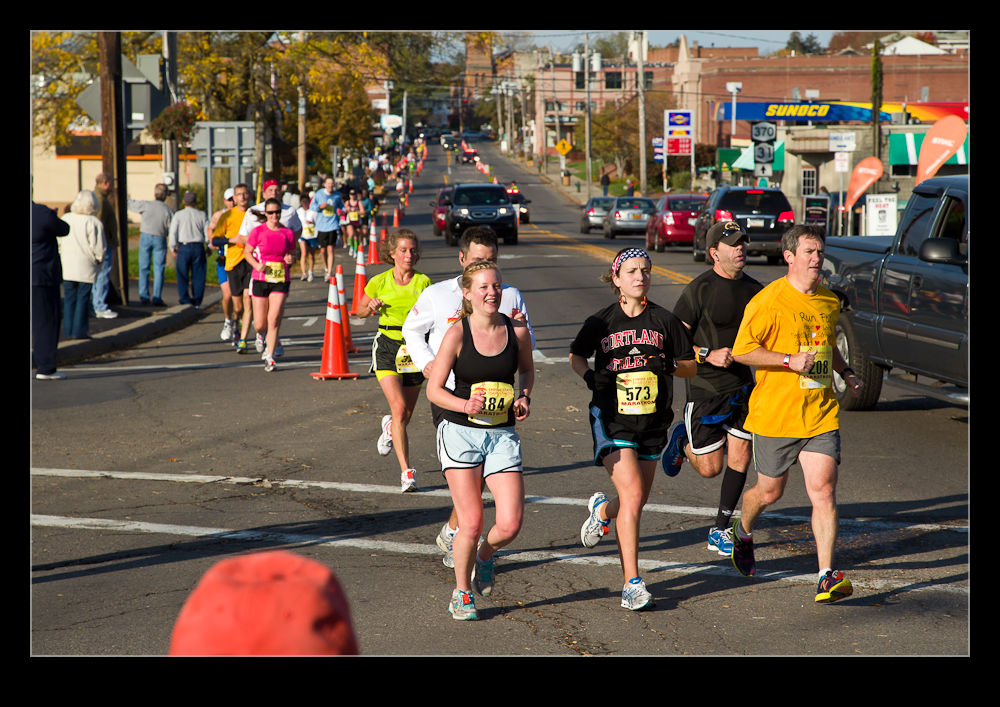 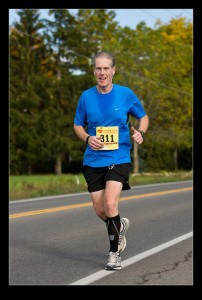 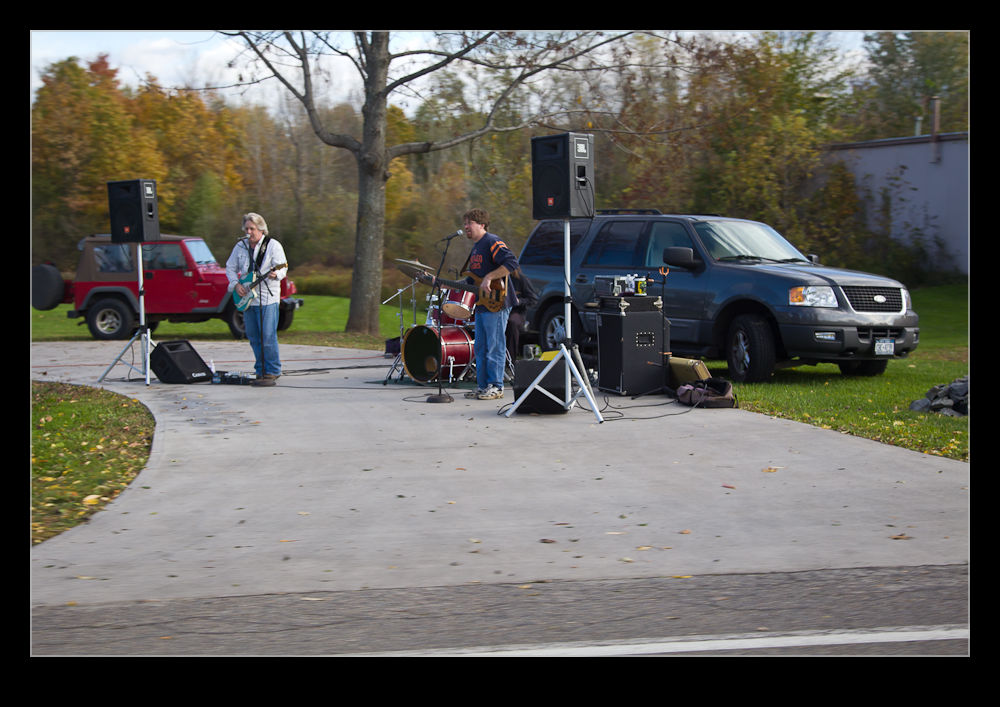 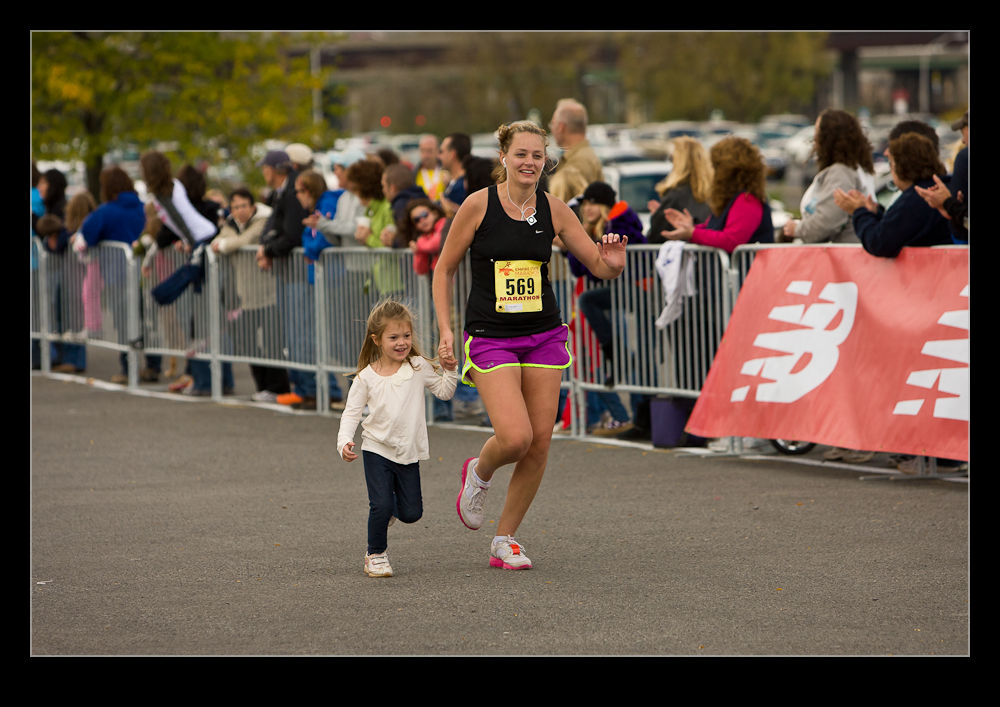 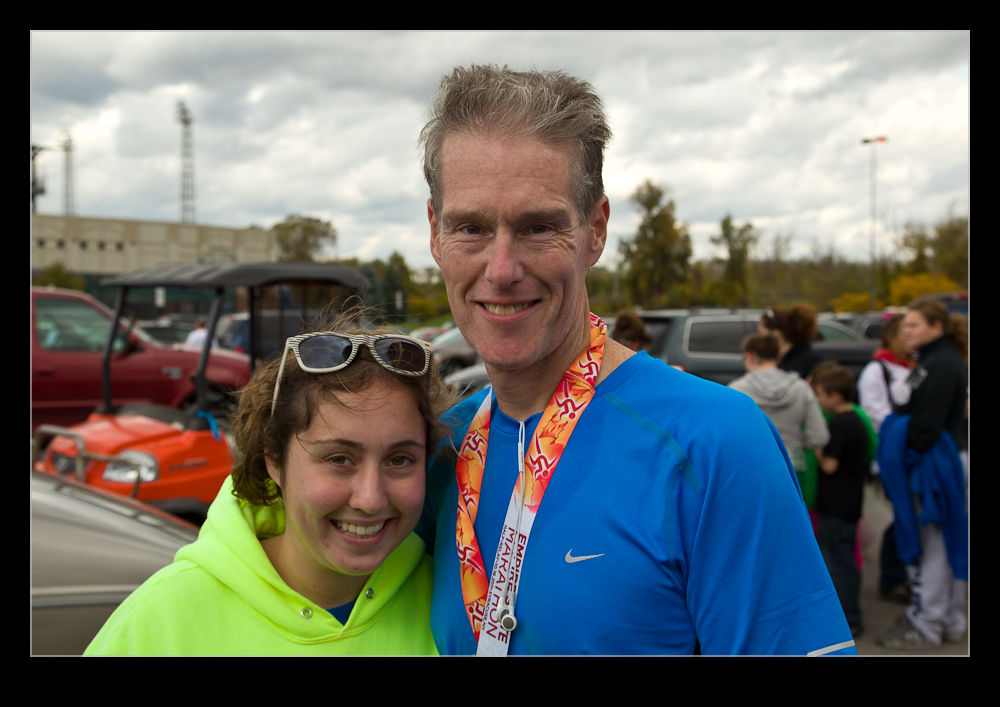 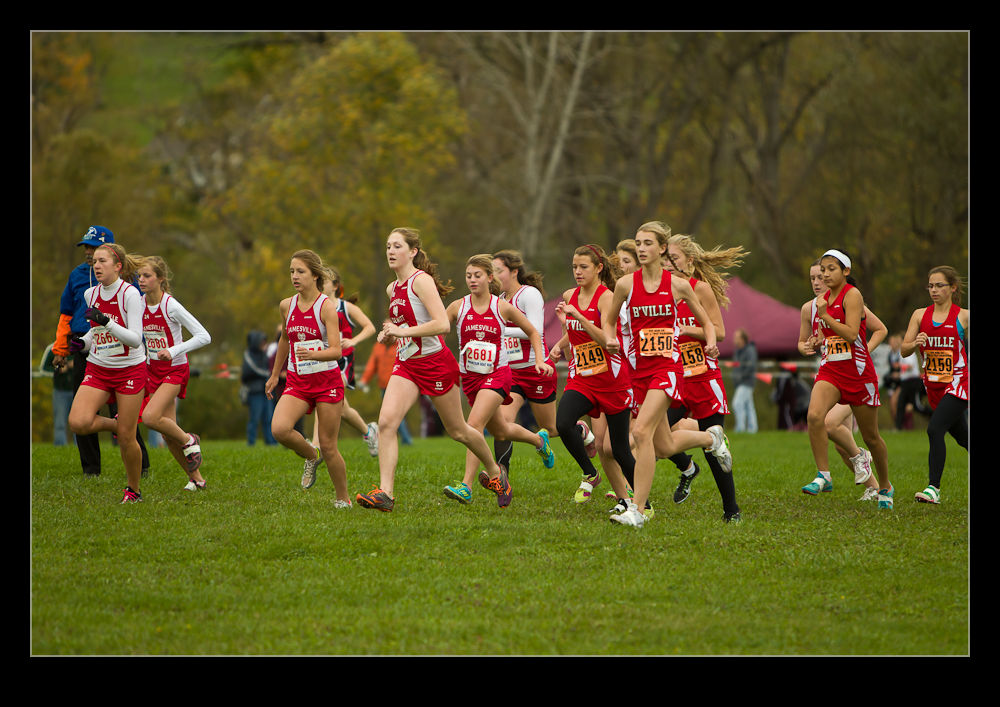 My trip to upstate New York had a certain sporty theme to it.  We had a triple header of sports to watch.  Today you get part two!  My niece was taking part in a cross country meet for her high school.  She was glad to be running again after having been out with an injury for a while. 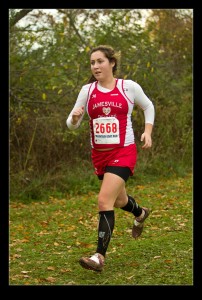 The course was a fun one for spectators but less so for the runners I imagine.  A section lower down the hill was apparently quite damp – one girl lost her shoe but continued without it – and the climb back up to the main viewing area looked like something I was glad someone else was doing. 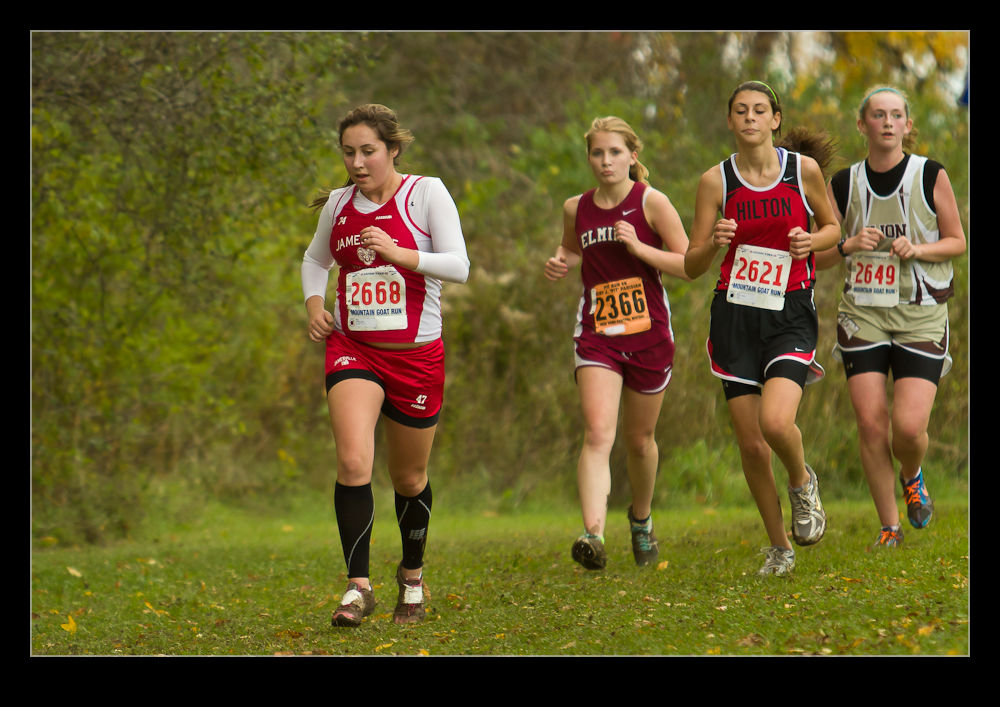 I only saw Sara’s race in full.  There were plenty of other age groups at different times and the guys were racing as well but I wasn’t there to see them.  Family viewing is what counts.  Here are a couple from the day.  It’s hard to photograph cross country runners since they always seem to be in so much pain.  Most of the pictures involve expressions that I am sure they would not be too grateful about if I were to share them with the world.  I’m a nice guy I guess! 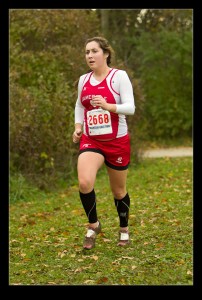