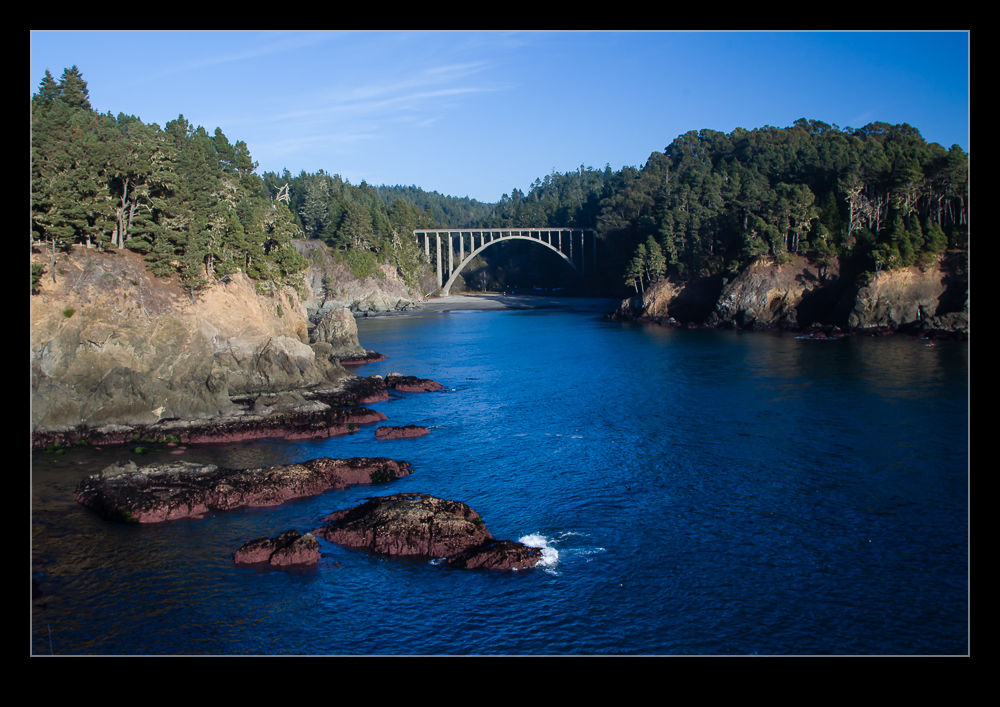 While eating lots of good food is a fun part of a trip away, it does provide you with some encouragement to have a bit of exercise too to try and offset what you have consumed.  Combine that with some scenery and a plan starts to emerge.  Nancy had found out about a trail at Russian Gulch State Park that led to some waterfalls.  This seemed like a worthwhile venture so off we set. 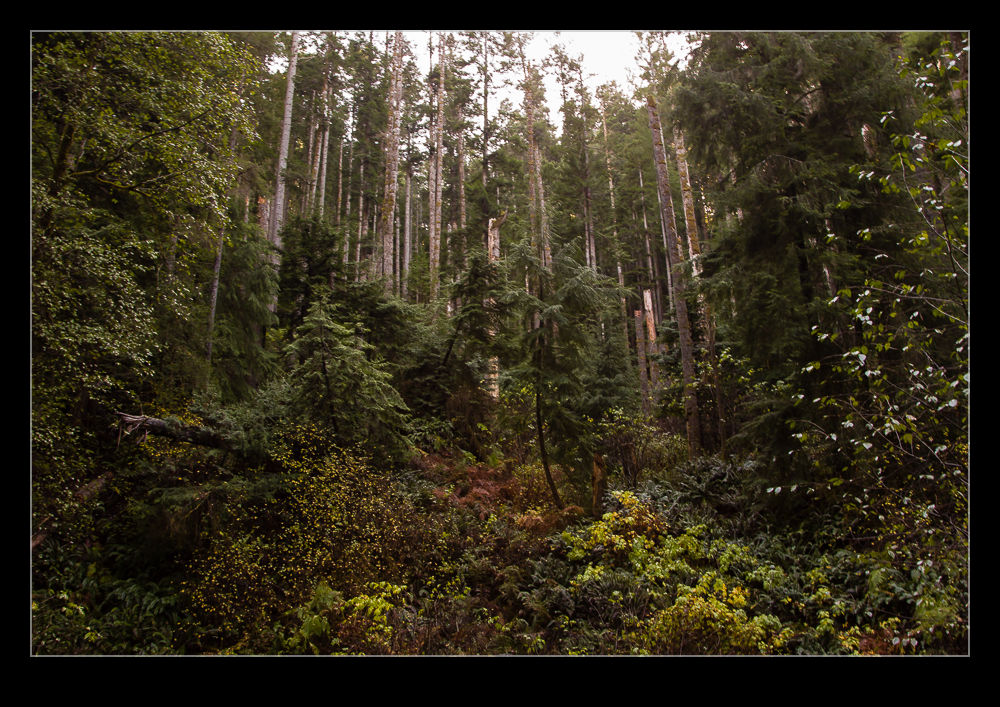 Sadly, our planning did not prove to be quite as good as we had hoped.  The access route to the park was closed off at a certain point which we assumed to be the normal starting point.  Instead, I think we were a bit further out that the distances in our guide suggested.  Also, the distances they gave, even assuming the change in start point, were a bit optimistic.  Consequently, as we headed further in and the clock ticked by, we realized that we were not going to get all the way to the falls and get back out again before it started getting a bit dark. 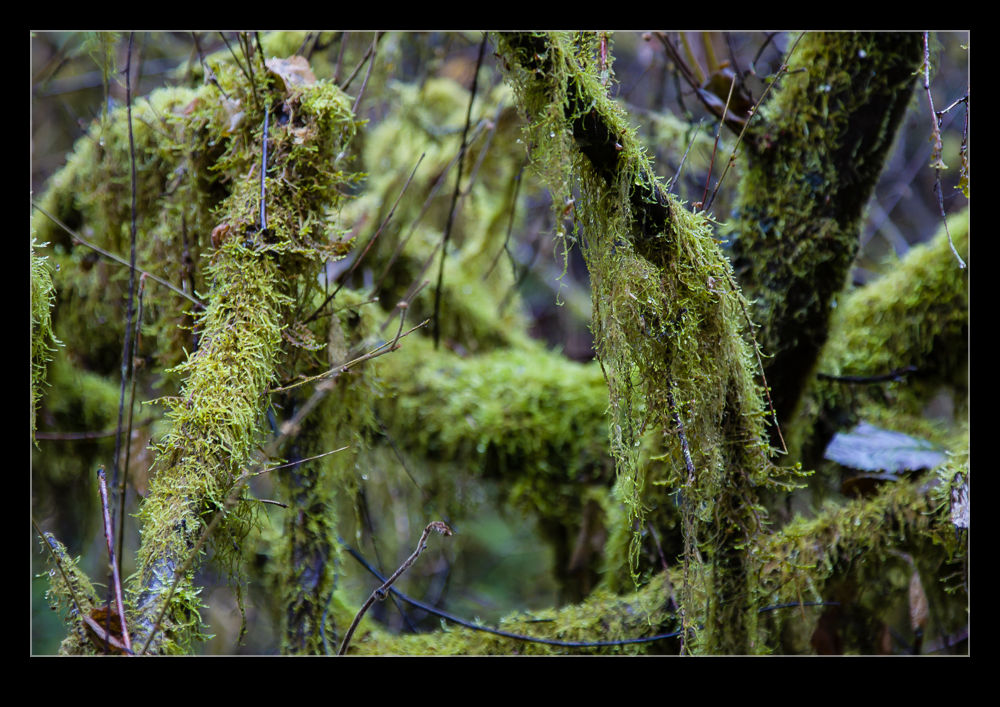 The valley is very sheltered, particularly at this time of year, so the lack of direct sunlight means it is a bit darker in there and, as the sun drops, it will get a lot darker than the surrounding area.  It also gets a bit cold since the area is very moist.  We wisely turned back to ensure we weren’t going to get uncomfortable.  Besides, judging by the flow of water in the river along the valley floor, the falls were probably not at their most productive. 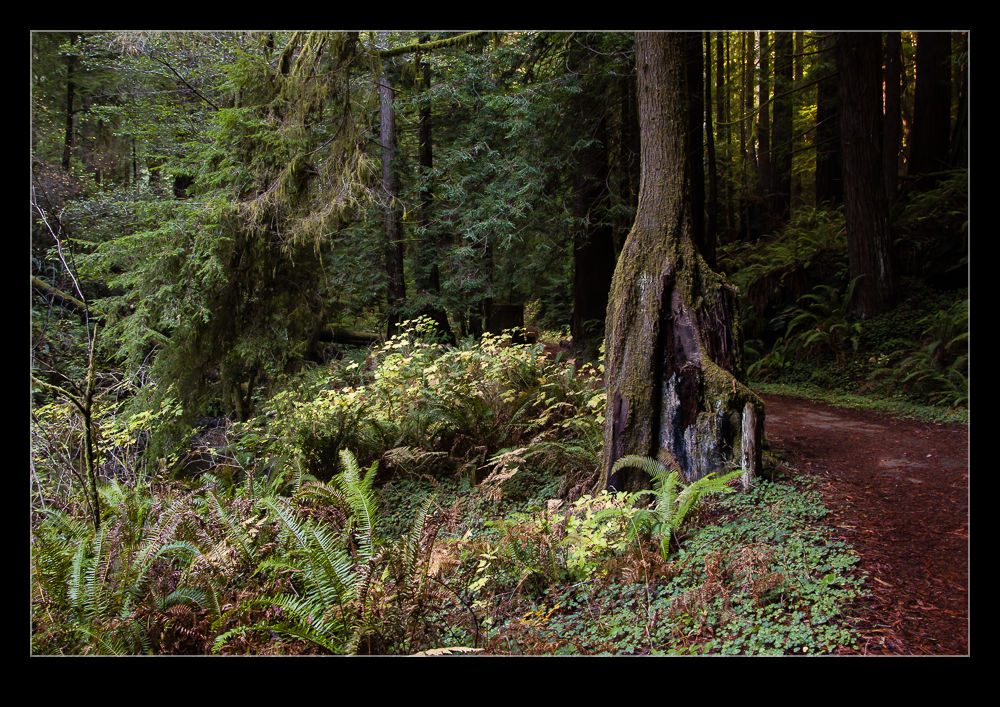 The valley itself was really pretty.  Combinations of all sorts of plants that like damp environments and tall trees reaching up to gather sunlight at their highest reaches made you feel like you were in a scene from the Hobbit.  I was particularly impressed by some young trees that had chosen the stump of a chopped down tree to use as their base.  The little trunk rising out of roots that were drooping down the sides of the stump looked very cool. 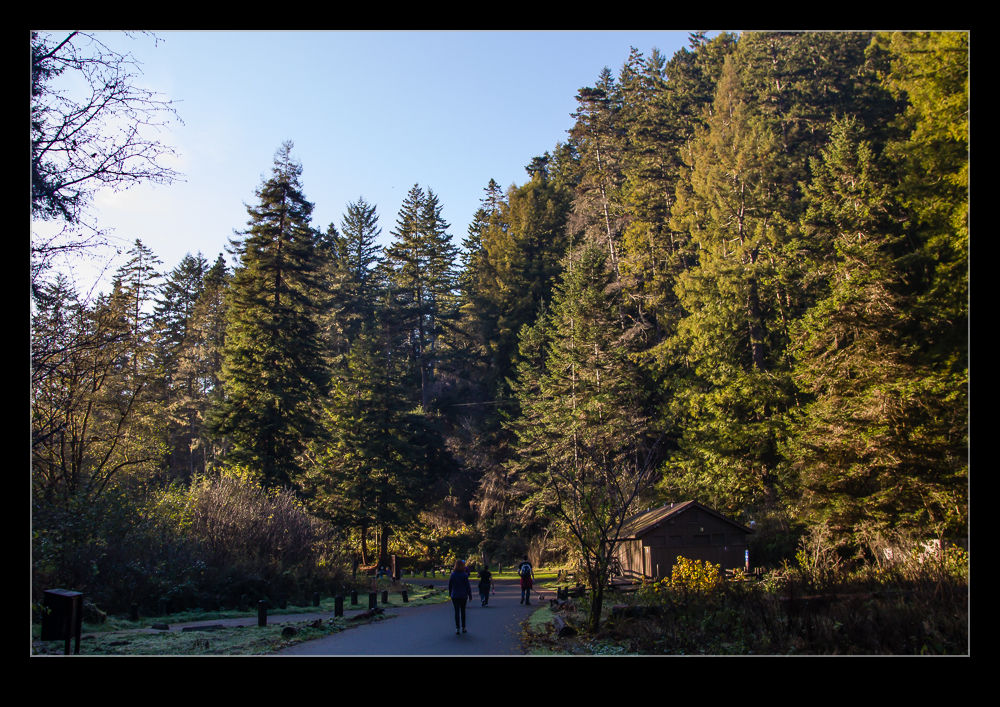 When we had finished the walk, we headed around to a sinkhole in another part of the park.  This is apparently quite impressive at high tide and when the waves are strong since the hole makes all sorts of sounds as the air is compressed by the water.  Sadly, it was low tide while we were there so it was just a big hole.  However, the walk there did give us a great view of one of the bridges along the Pacific Coast Highway. 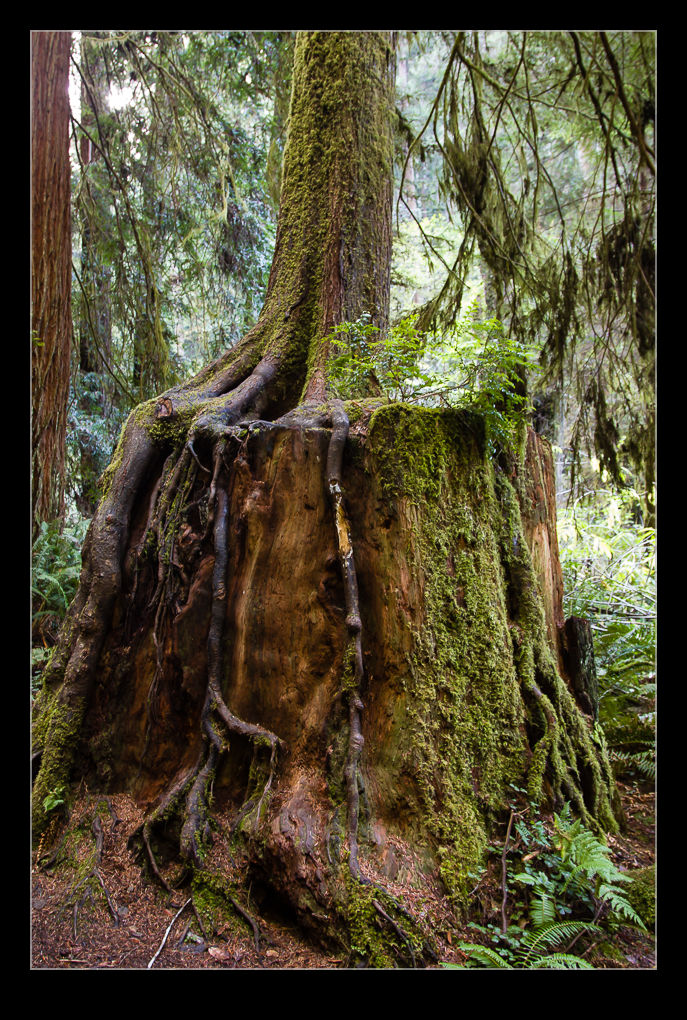 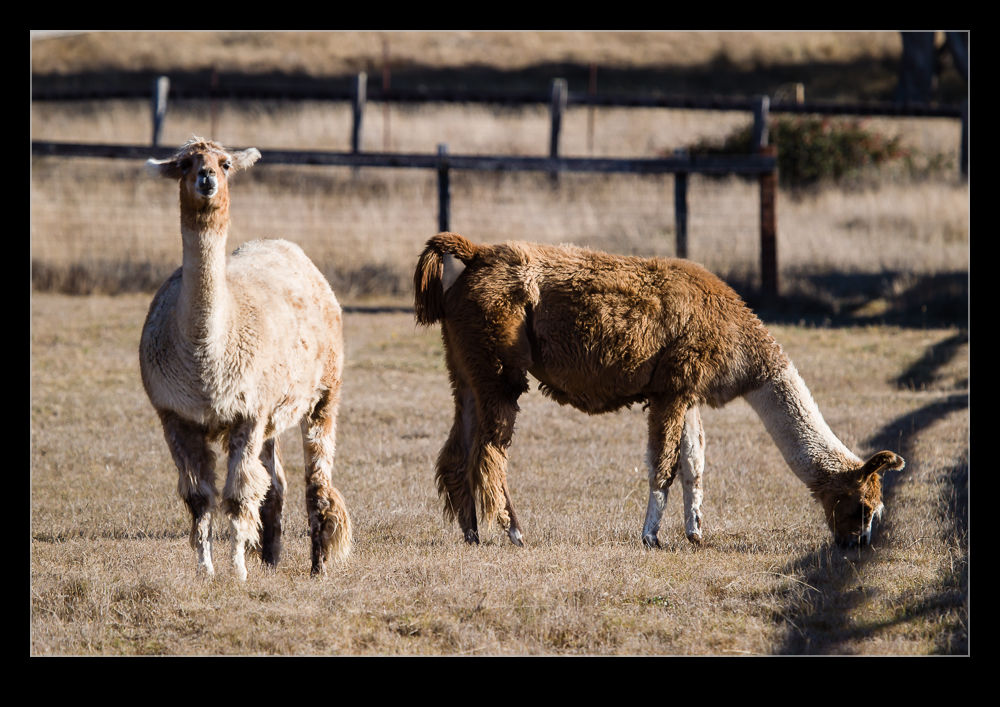 No long story for this one.  A llama farm was beside the road in Albion and I wandered over to see the animals one morning as they grazed.  They seemed mildly interested in me for a while and then kept eating.  I grabbed some shots of them and then went on my way.  I know llamas are hardly a rarity these days but it is still interesting to see them. 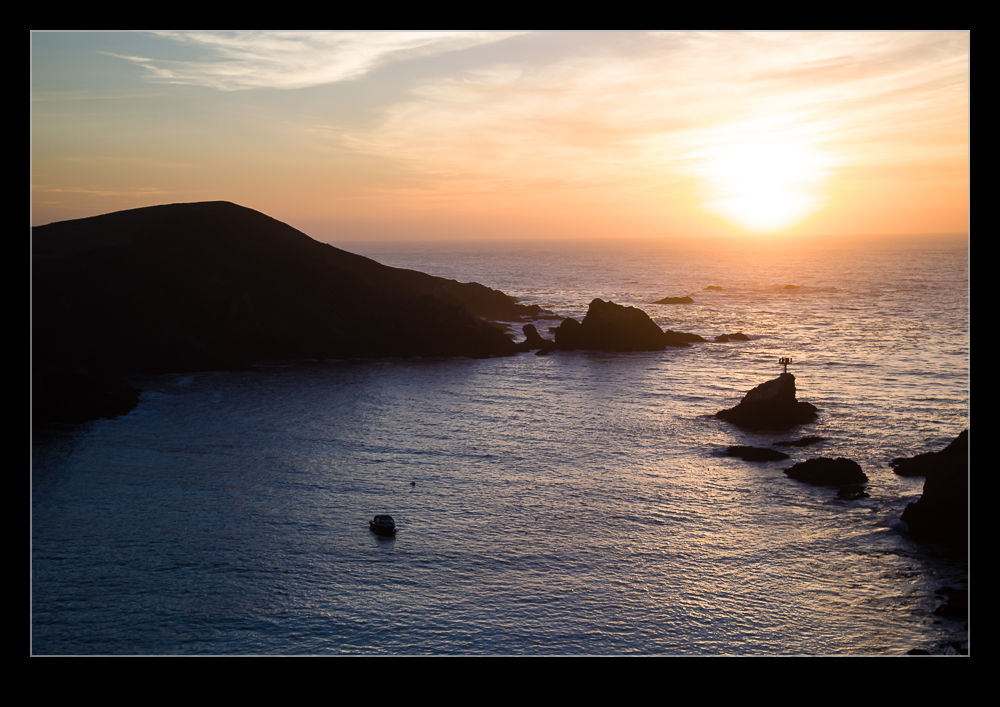 Sitting on the deck of our room in Albion provided a beautiful view across the Pacific as the sun was setting.  As is usual with sunsets, you never knew exactly what you were going to get.  One night it all looked quite promising but the cloud cover low on the horizon meant it all went dull rather than getting dramatic.  On another evening, though, we had some high level clouds that started picking up the low evening light very nicely resulting in some great skies. 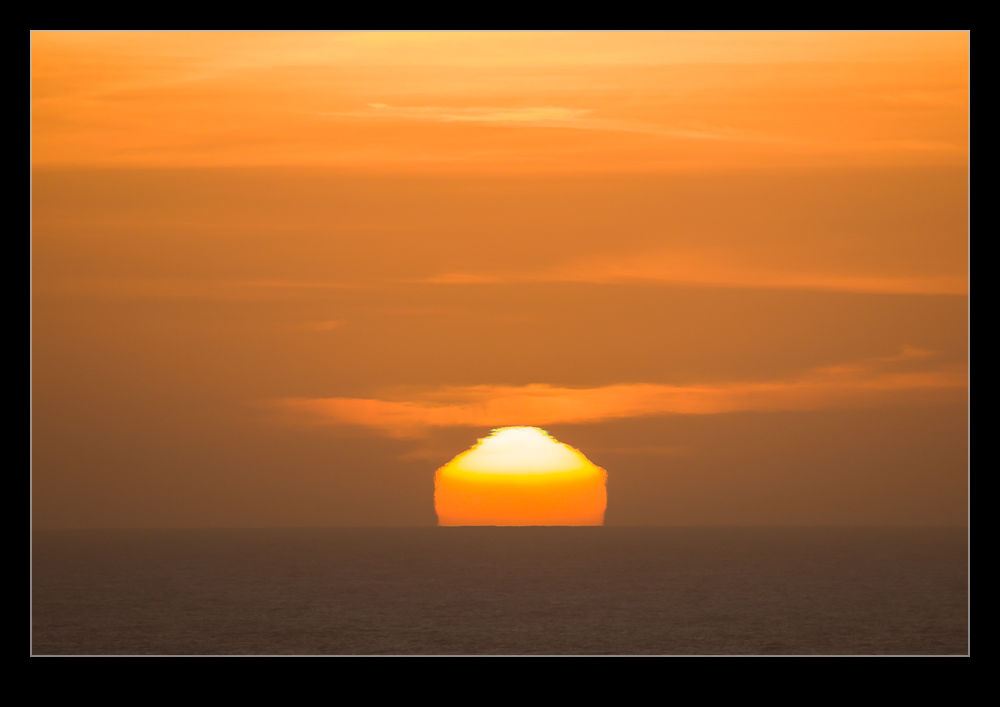 One evening the sun set in front of us with nothing much to obscure our view.  While I was happy to be sitting on the deck watching it go down, I couldn’t resist the opportunity to grab some shots of it.  A long lens meant some bigger views of it as the atmosphere distorted the view of its last gasps of west coast light.  After that, someone else was getting the benefits. 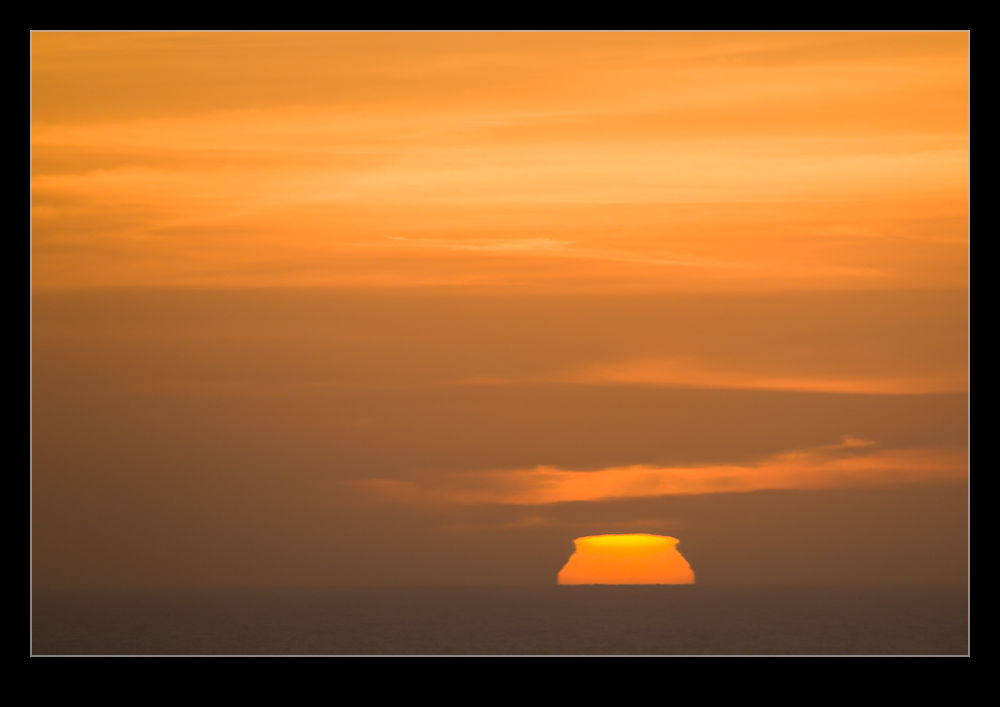 The strange shapes the atmospheric distortion produces were really interesting to watch.  The roundness was replaced by all sorts of shapes including one that looked more like a Mayan pyramid.  It changed so often that I had to keep shooting.  Only as it was almost done did I realize that I really should have been videoing this as well to show just how quickly it retreated below the horizon and how much it changed apparent shape while doing do.  (As an aside, I do know that the refraction of the atmosphere means that I am seeing an image of the sun on the horizon when it has actually already fallen below the true sightlines.) 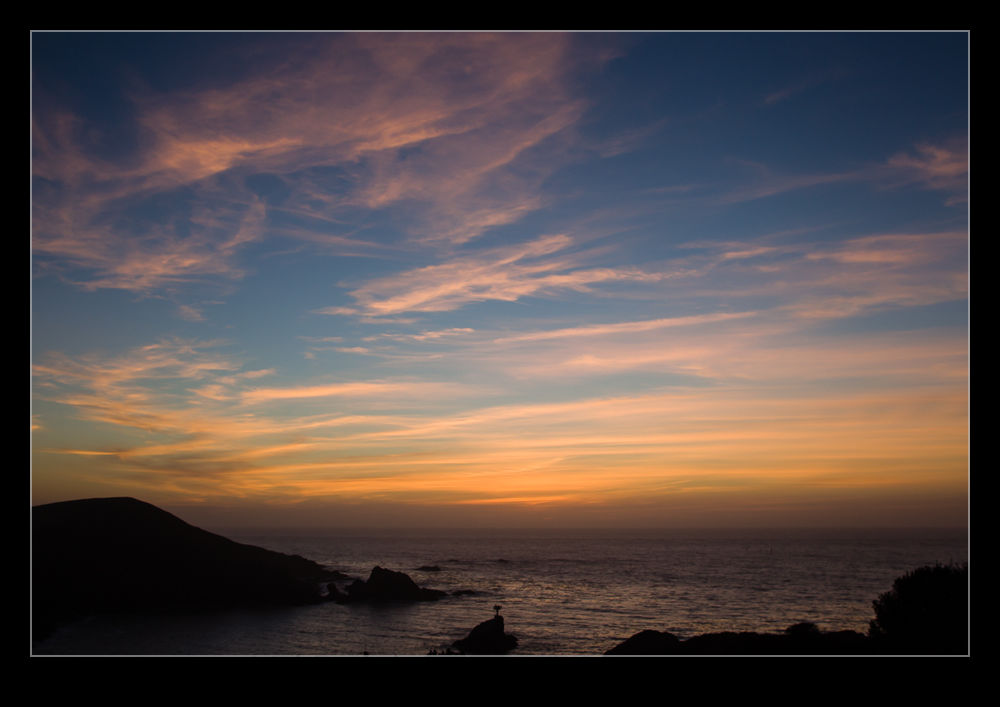 Having missed this video opportunity, I shall have to be ready to try that out in future.  Meanwhile, I shall continue to enjoy the memory of the speed and rapid changes that the sun went through in the last moments of the day. 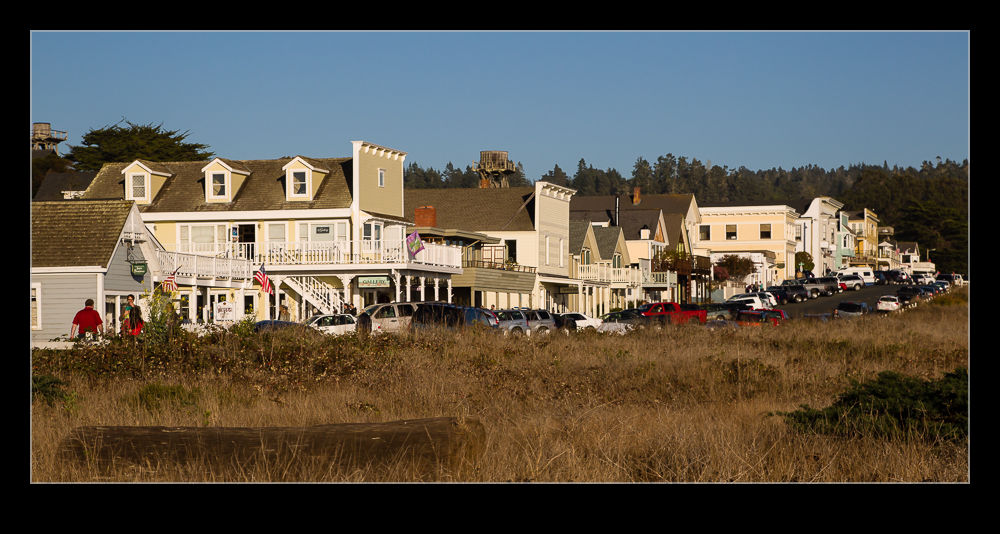 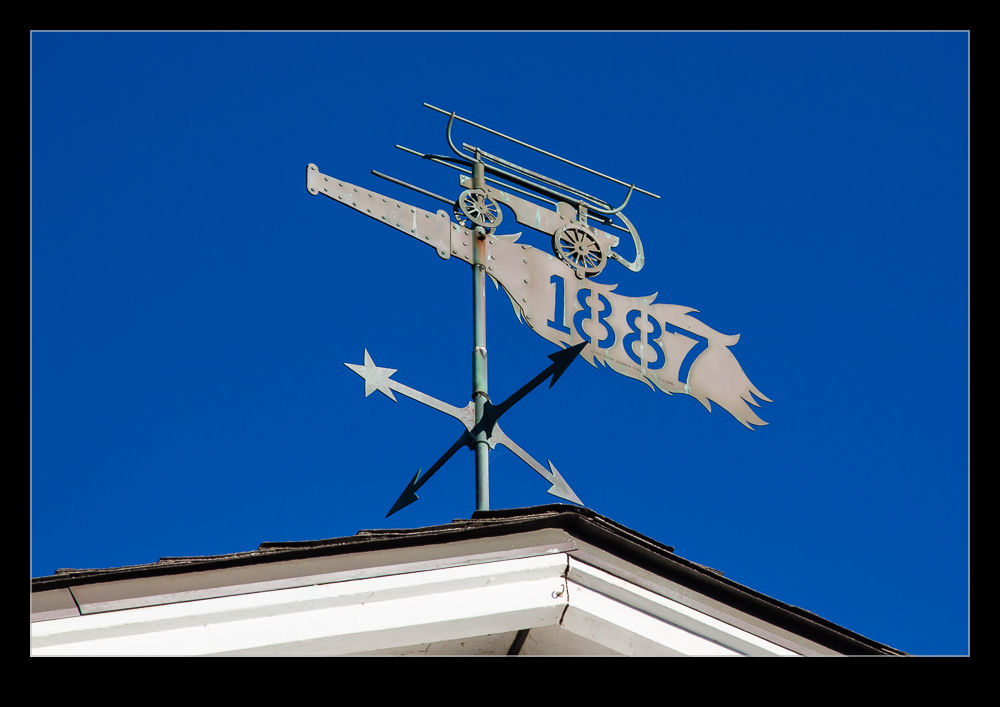 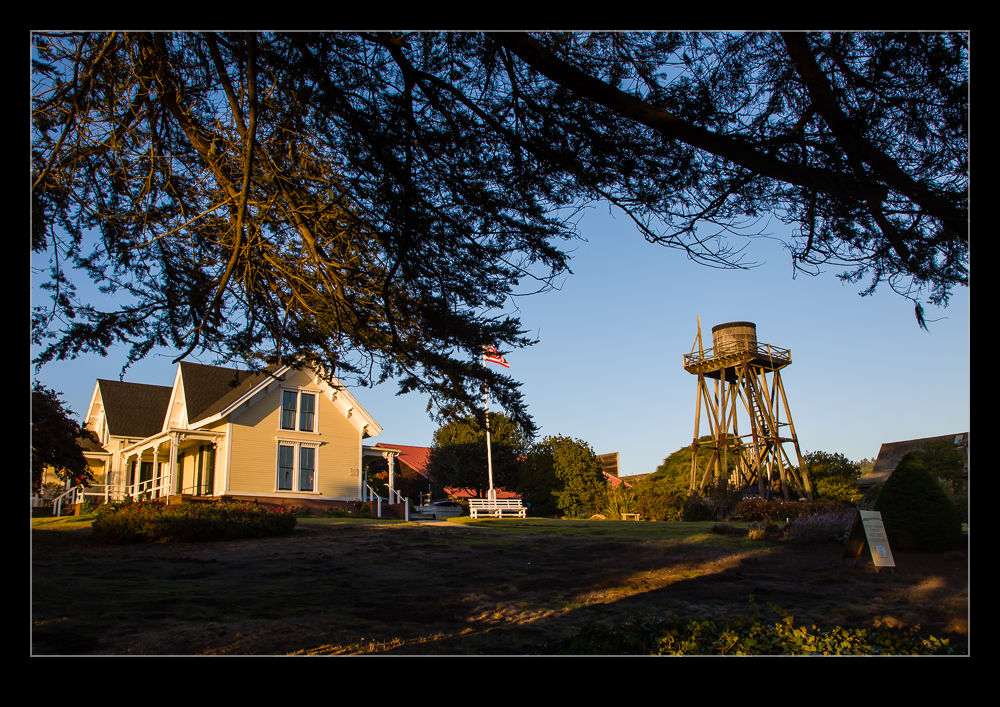 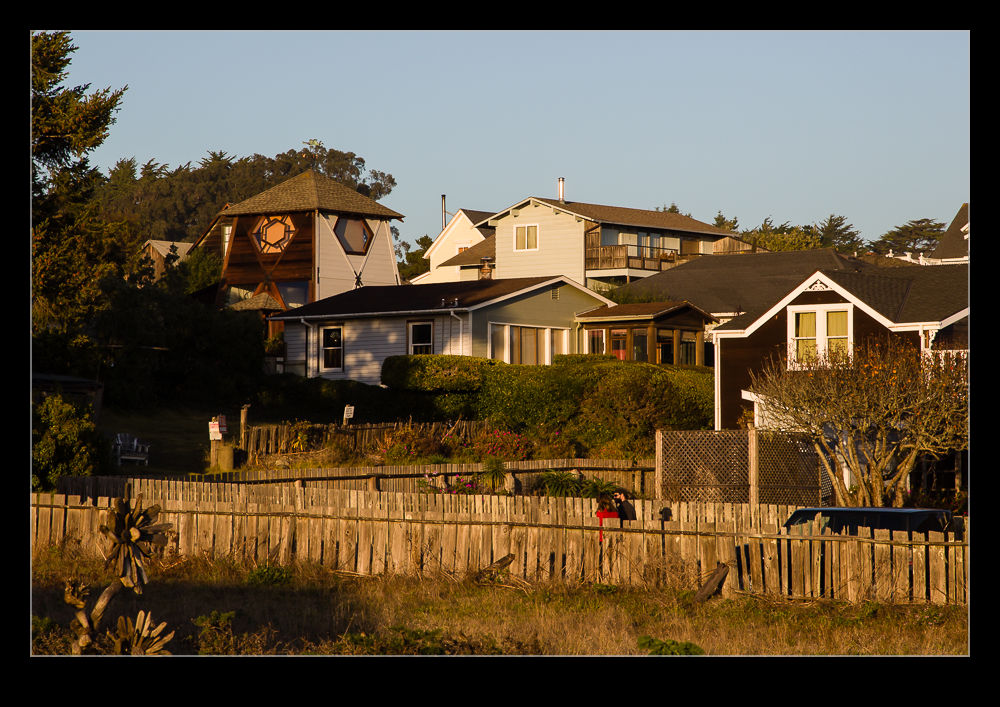 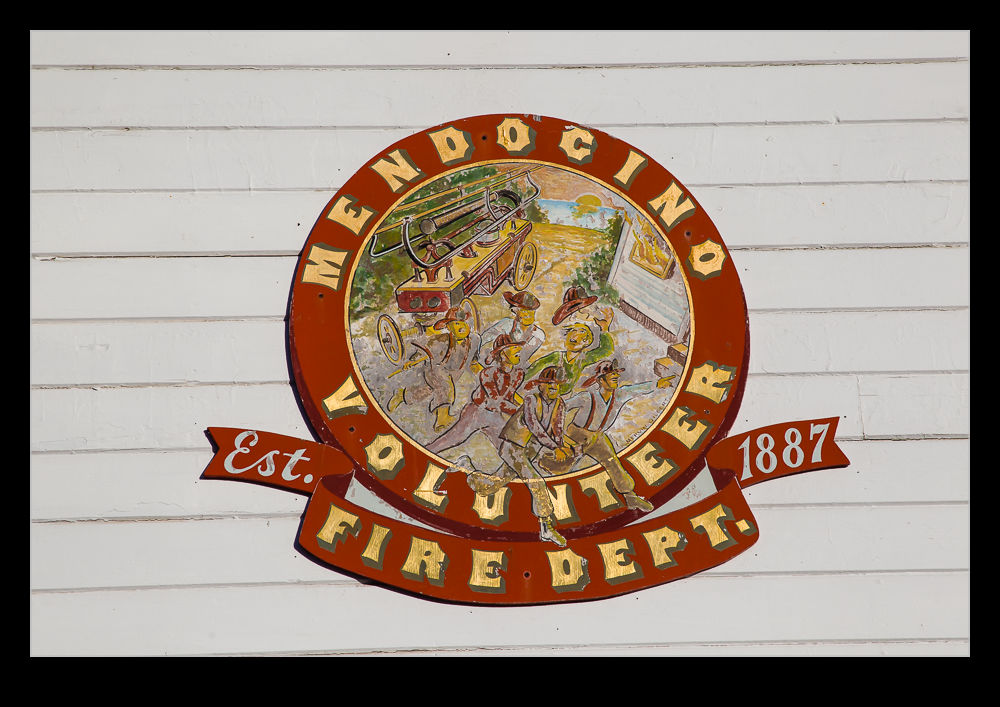