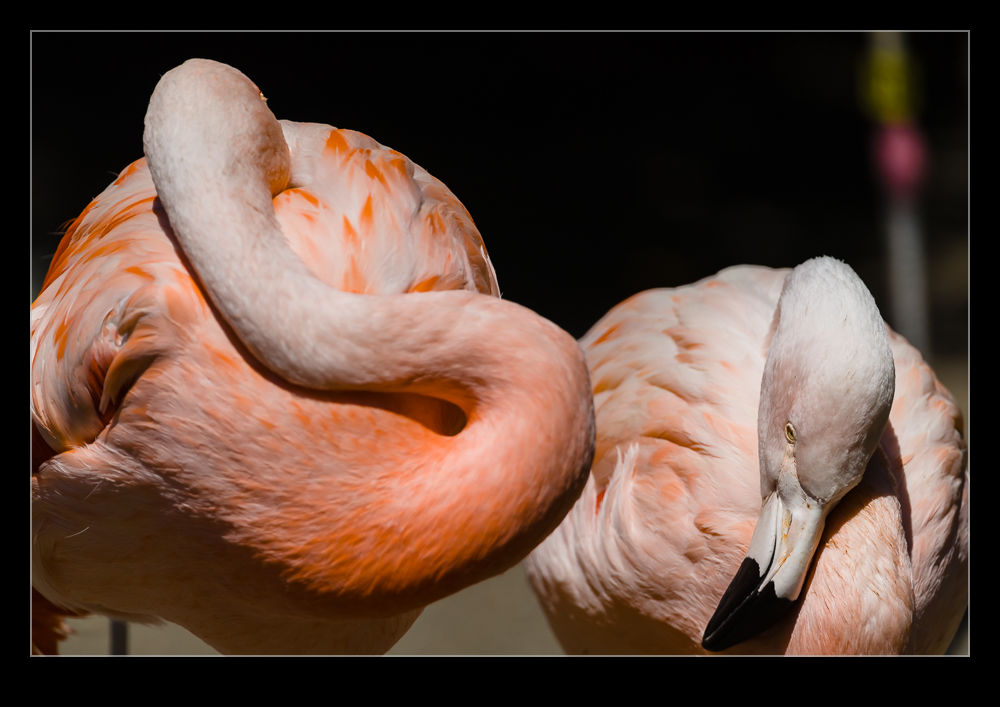 Wildlife is an attractive subject for photography, particularly when the creature in question is colorful.  A flamingo certainly fits the bill with the vibrant pink coloring.  In addition, given that they have such long necks and shapely heads, they can curl themselves up in ways that make for an interesting image.  The Woodland Park Zoo had a bunch of flamingos (a prize for the person that tells me the collective noun for flamingos without having to Google it). 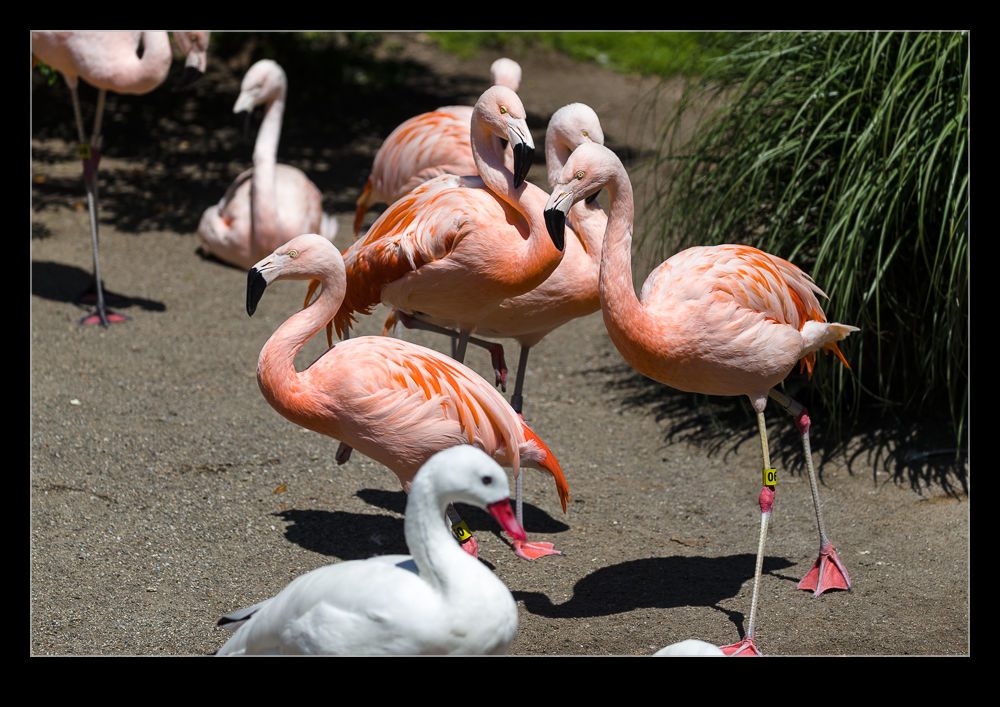 Most of the birds were just hanging around, wandering about the enclosure and eating/drinking.  A few of them were asleep and a couple seemed to be pretty aggravated with each other.  These guys were chasing around the place and generally getting worked up which seemed to be nothing more than an inconvenience to the other birds.  The ones trying to sleep seemed particularly unimpressed by the disturbance. 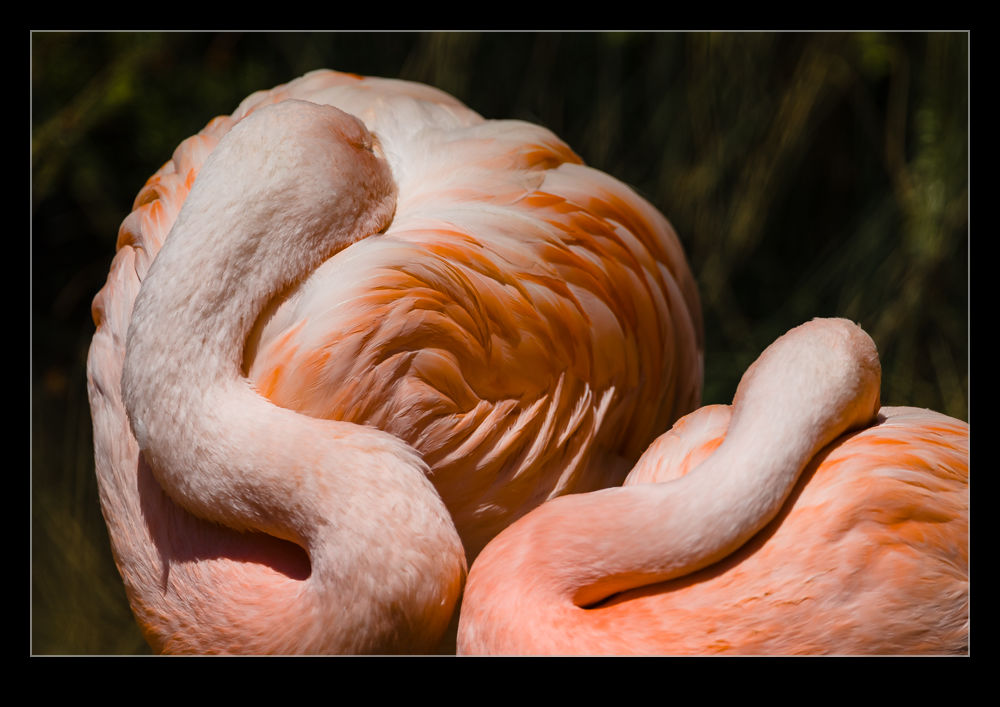 The way in which a flamingo will sleep makes for a cool shot.  Aside from the single leg pose (apparently easy even while unconscious), they curl their necks around and rest their heads on the back of their bodies, apparently facing backwards.  The curve of the neck and the way in which the head sits in their back feathers is a great shape and zooming right in to get a tight shot of this seemed to make a lot of sense.  (Besides, when you are carrying a long lens all day, shooting with it must be the right thing to do huh?) 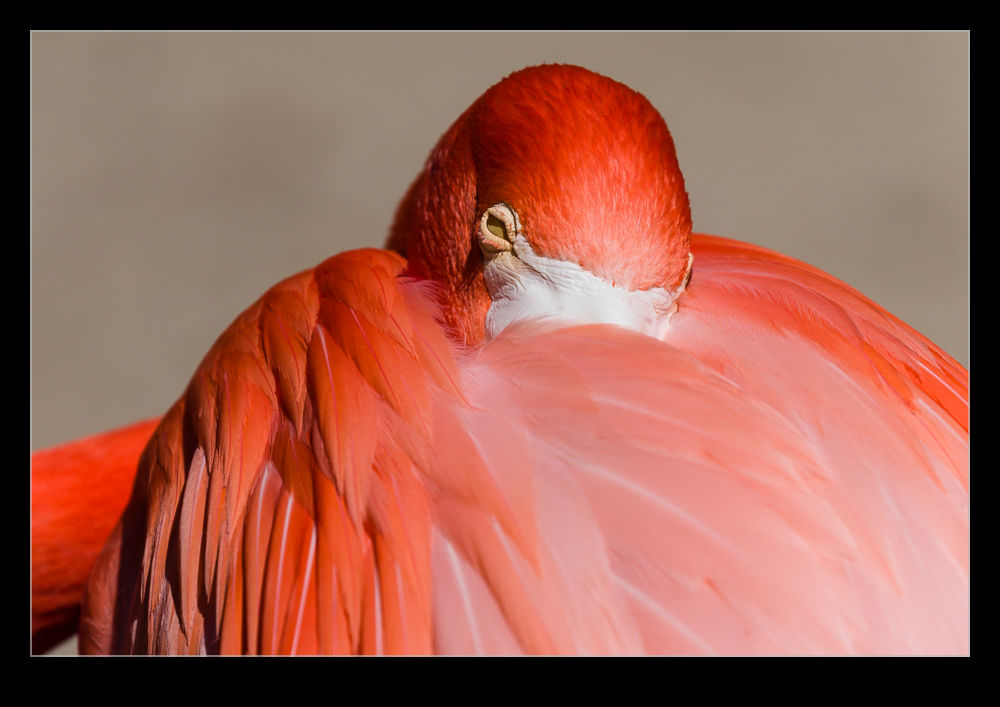 Time for something colorful. Our trip to San Diego included a visit to the San Diego Zoo. Recognized around the world, this is a high quality zoo with a wide variety of animals. They seemed to be investing heavily in new enclosures for the animals which is something I appreciate a lot. The more exotic creatures are not the subject today. It is a bird and a distinctive one at that. Flamingos are a curious looking bird. Their color comes from their food so I assume the zoo has to make sure they get the right stuff to keep them looking pink. No one is going to be excited by a dull looking flamingo! 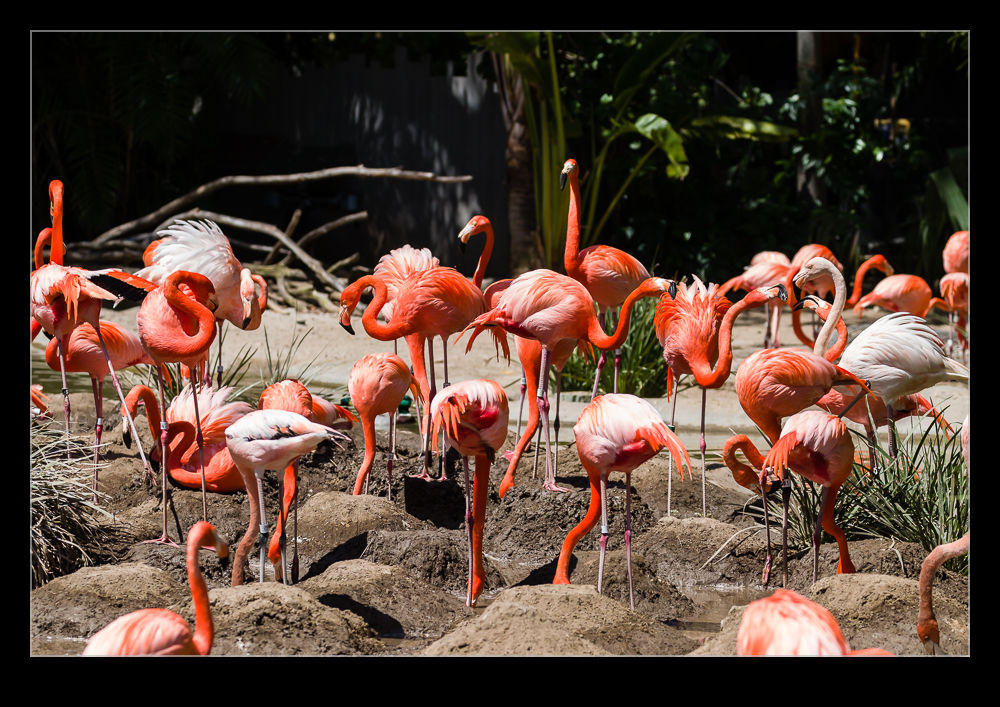 As a kid, there was a Flamingo park not far from where I lived. Consequently, I have never thought of them as exotic – just interesting. I did spend some time watching them though. The shape of their head and beak is unusual and the way they balance, rest and feed makes them worthy of some time. One day I would like to see them in the wild because they must look even better in flight! 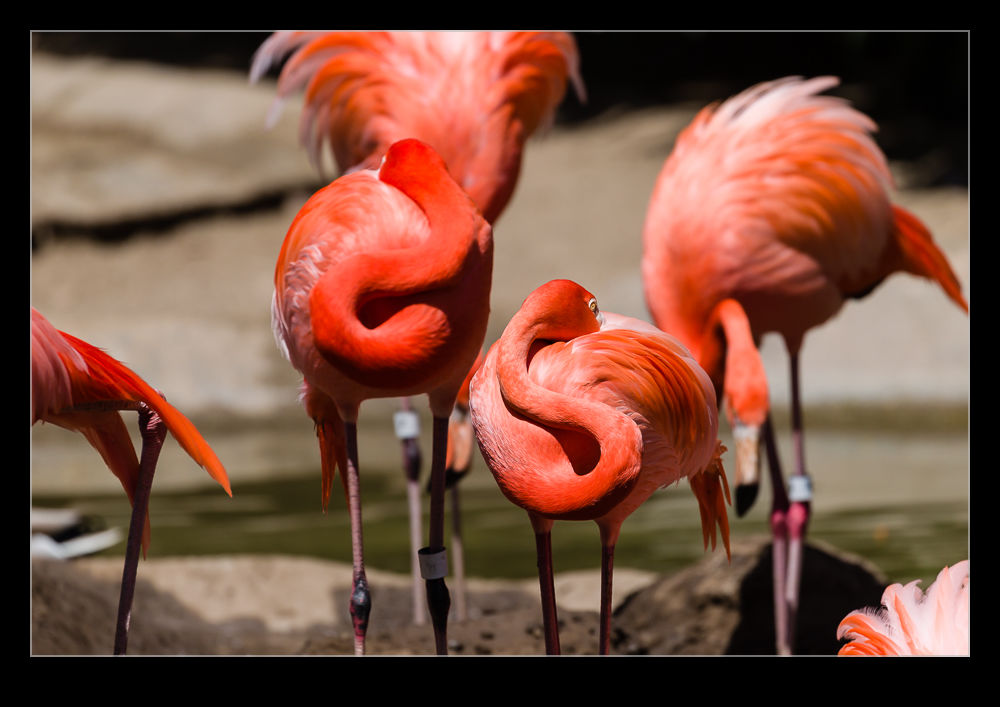