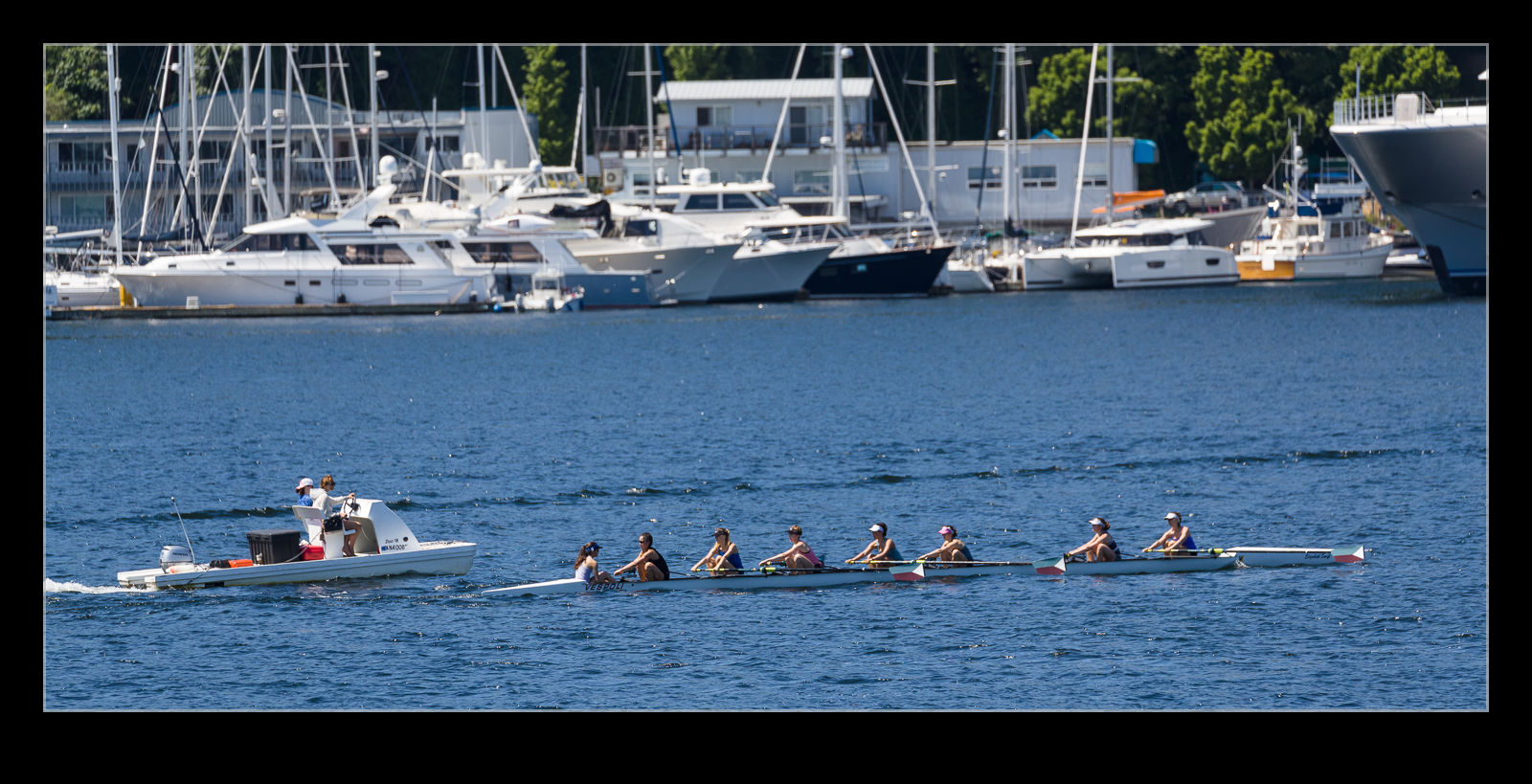 Washington has a history of rowing that goes back decades.  If you want a good read, get hold of the The Boys in the Boat which is about University of Washington rowers in the 30s.  Rowing is still a big deal so I wasn’t surprised to see a coxed eight come across the lake.  However, something was amiss.  A quick count showed that someone hasn’t shown up that day.  The gap in the crew was pretty clear.  They didn’t seem to be struggling though.  Their speed across the water was impressive and I imagine the eight person pulling would make them that bit faster!