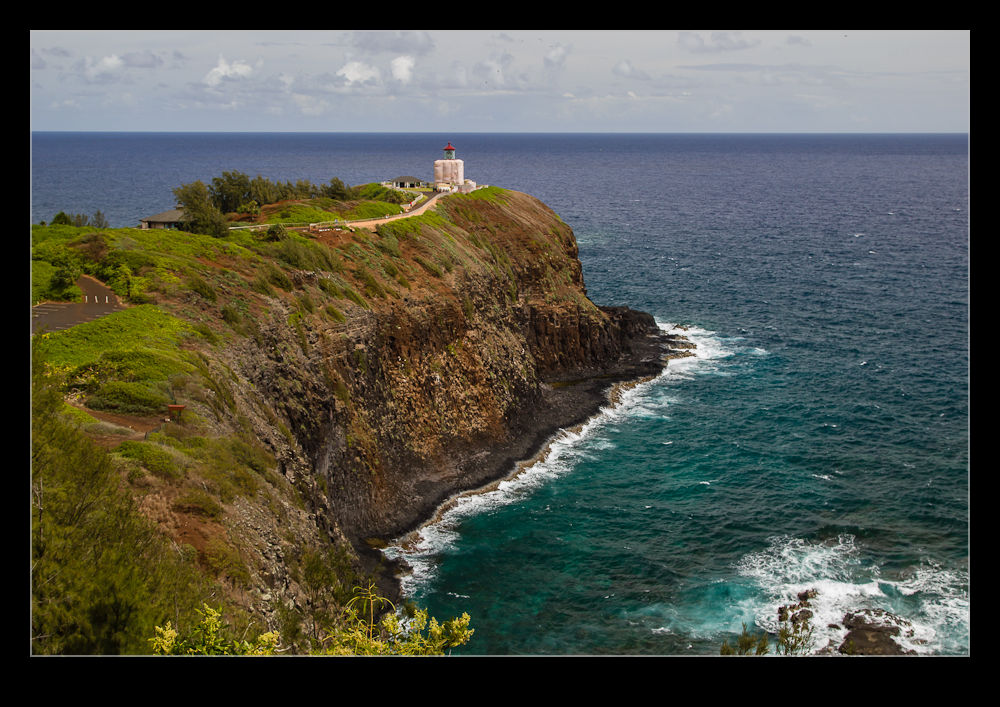 We repeated another part of the trip from last year when we went out to Kilauea lighthouse.  This is a peninsula which not only provides a good navigation reference but is also a great spot for watching some bird activities.  The birds roost on the rock faces and head out to sea to fish.  However, some are less inclined to do the hard work. 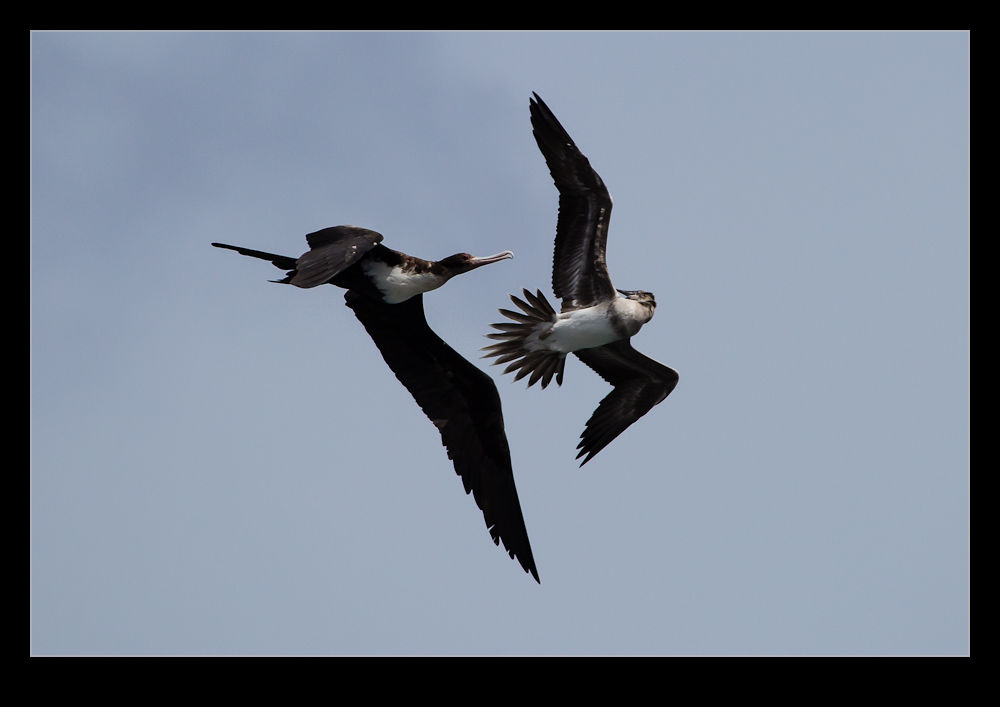 The frigate birds prefer to wait for the boobies to return from fishing and then harass them into dropping their catch and scooping it up themselves.  Out by the lighthouse is a great place to watch this happening.  The lighthouse itself is undergoing restoration at the moment and is covered in protective material.  It doesn’t make a good photography target for the time being.  Glad I saw it last year!  however, the fencing around it apparently was popular with a young booby.  Not sure why he would choose that when there is so much human free space around but there you go! 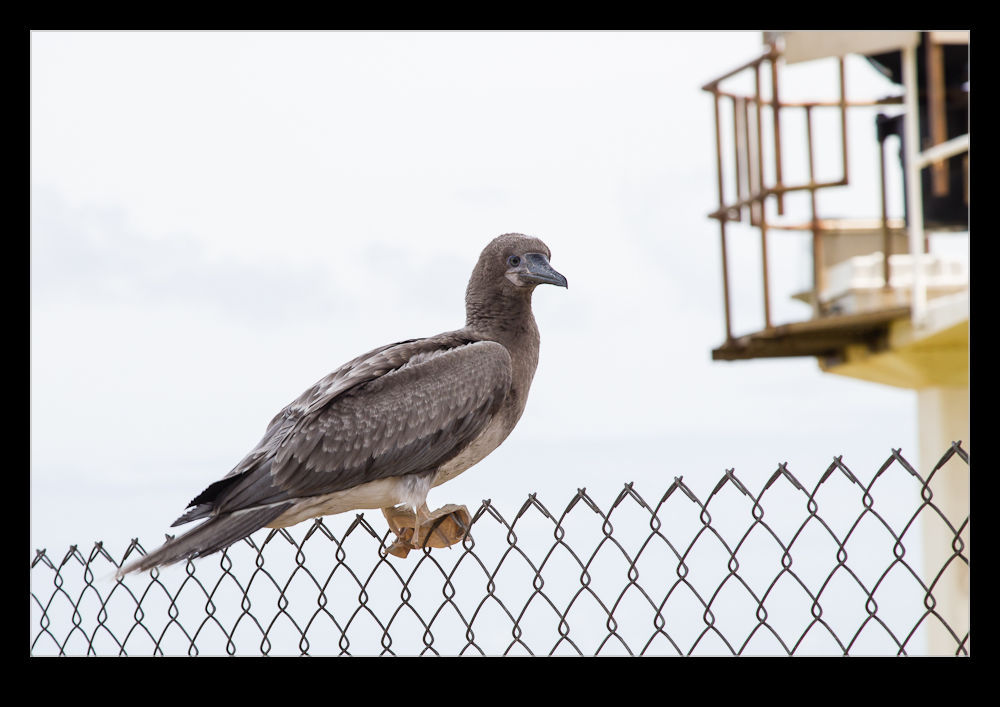 There were also some dolphins swimming around in the bay below us.  They were a long way off and hard to spot but it was still exciting to spot them.  I could really spend ages out on the headland.  The wind blows you about but the birds are so close and the view is so good, it is hard to find a good reason to leave! 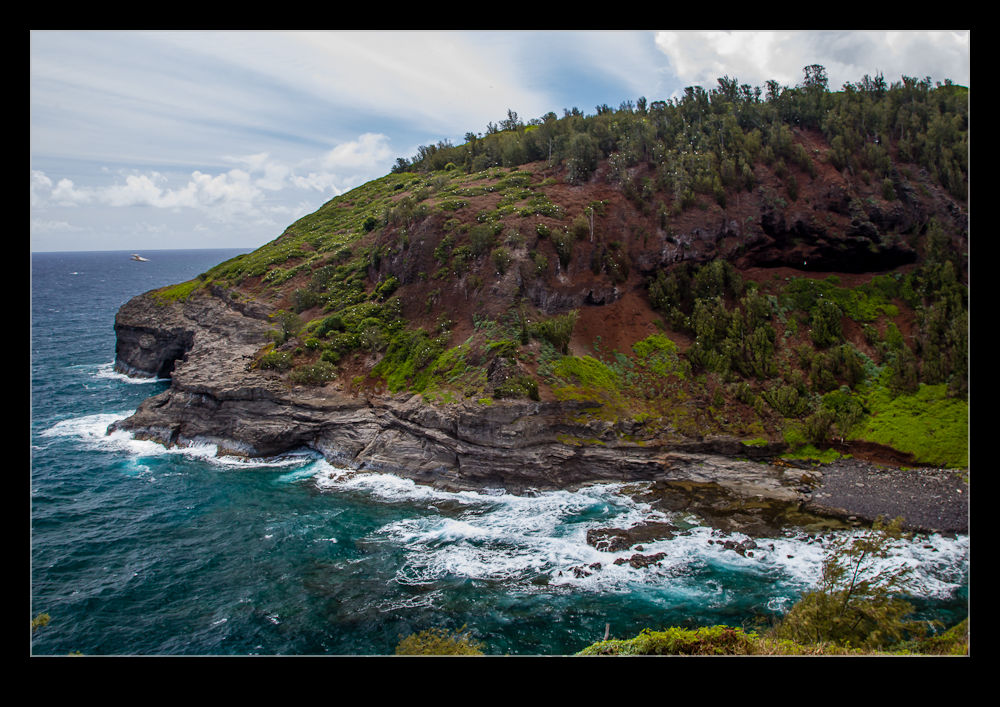 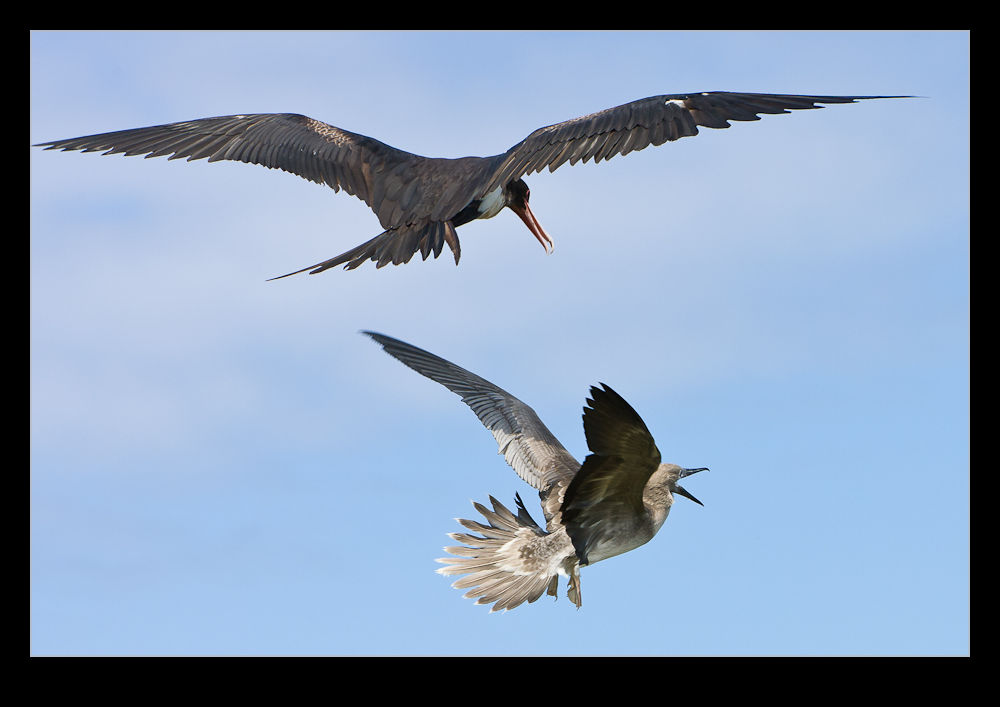 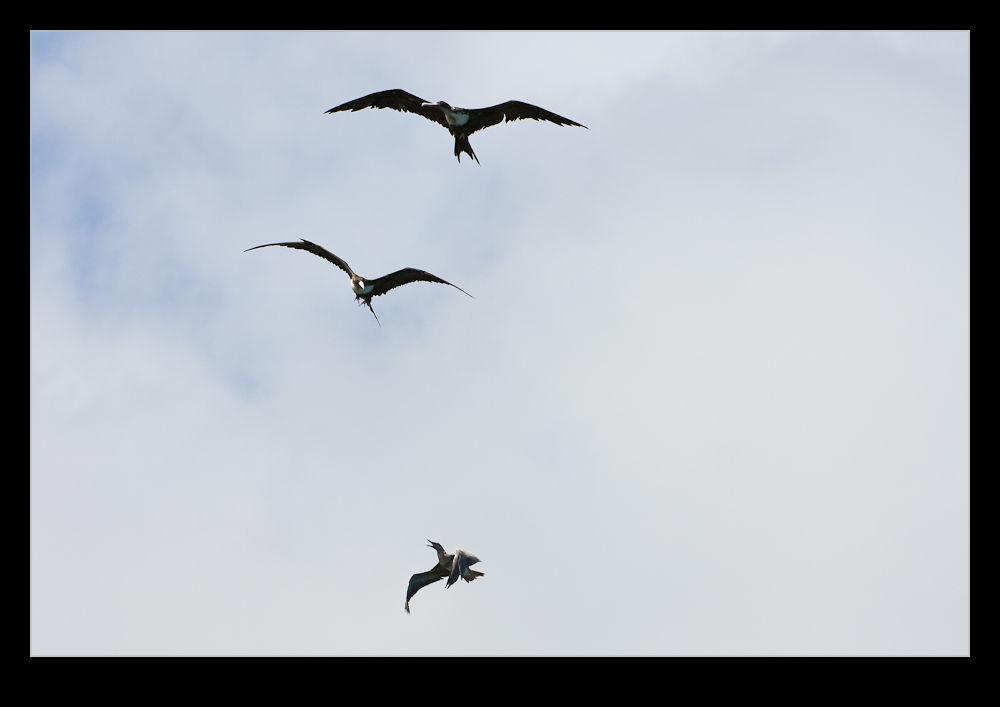 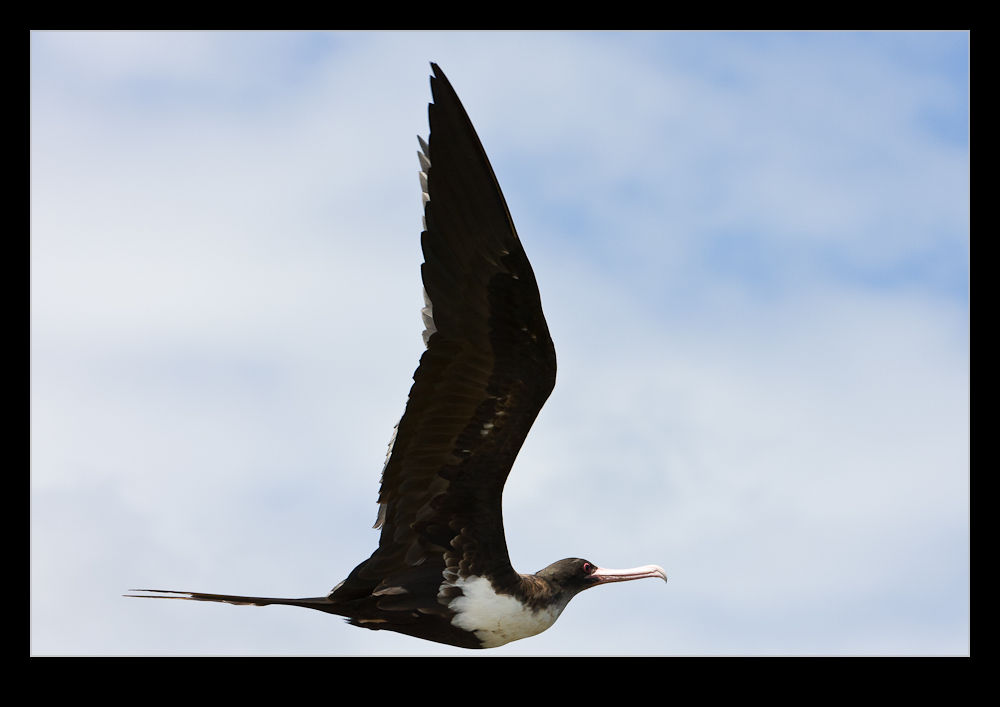 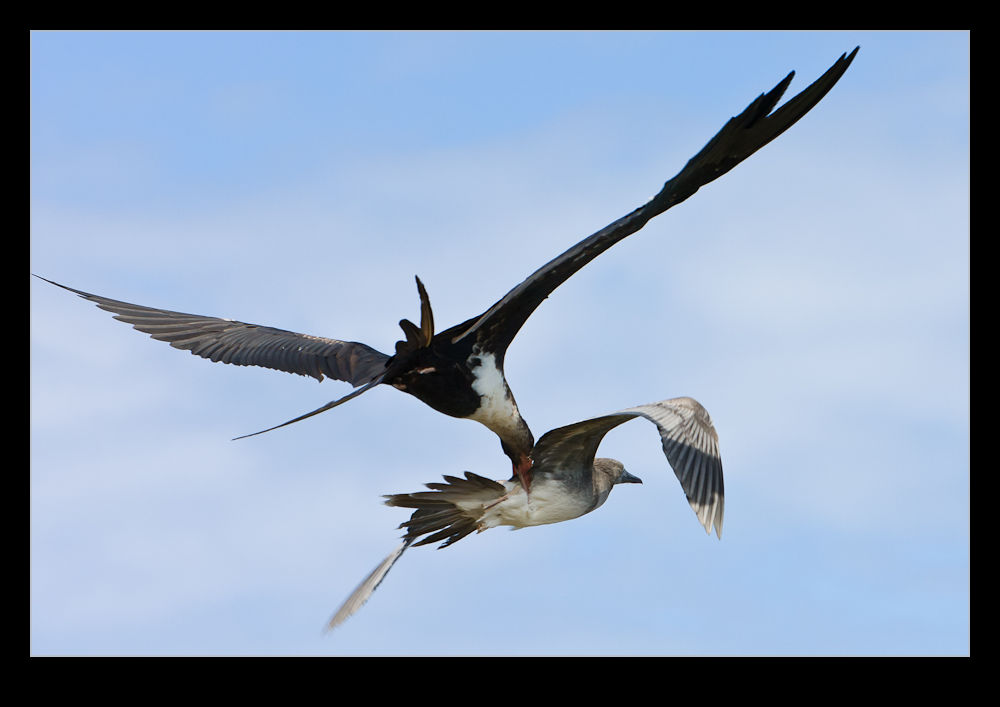 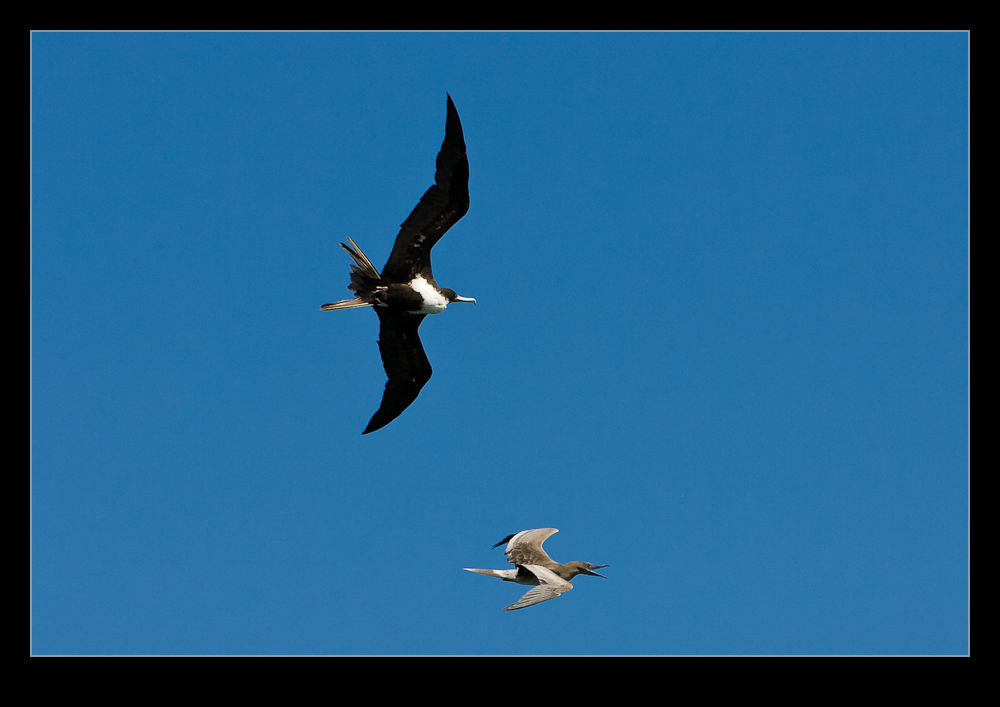