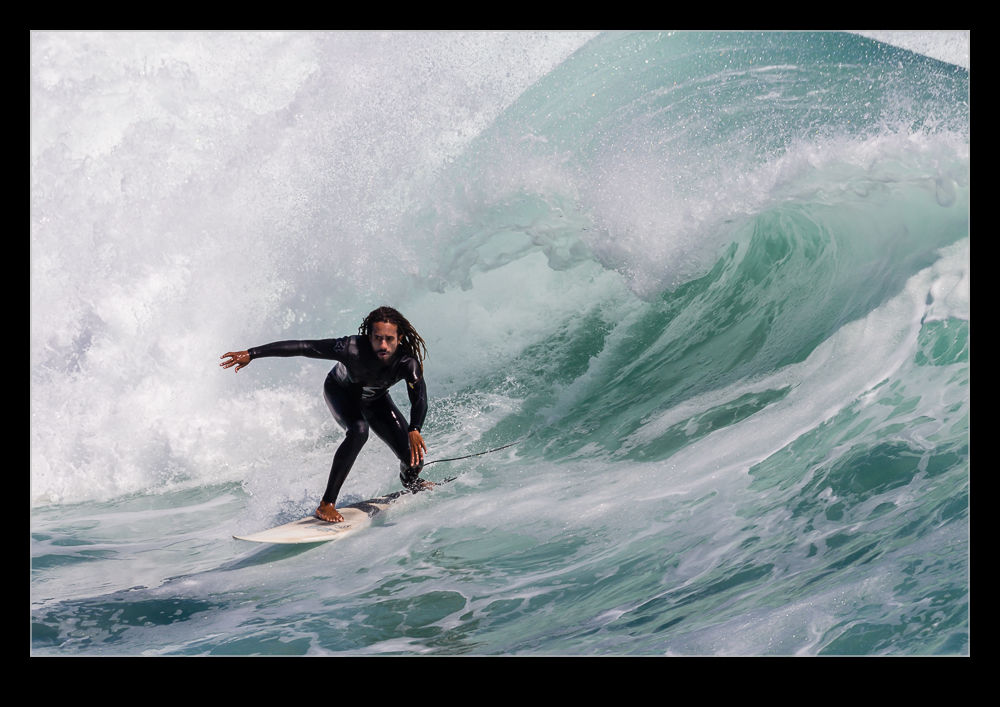 There was a decent swell coming in of the Pacific while we were in Santa Cruz.  People were surfing at a number of locations.  The majority were off the headland by the lighthouse.  A lot of the waves were carrying the surfers a long distance but they weren’t getting a lot of action in during their runs.  Every once in a while, though, someone was able to really get things moving.  These are some of the shots I got during the day. 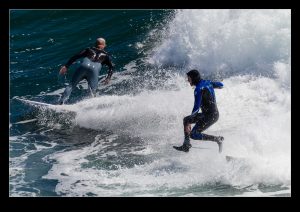 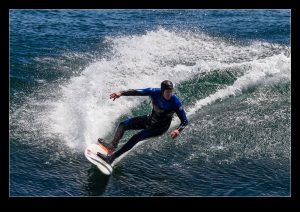 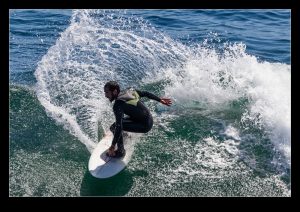 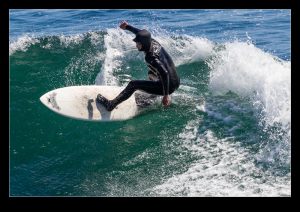 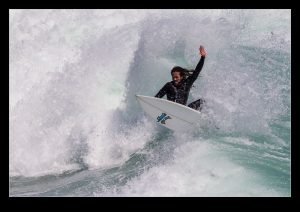 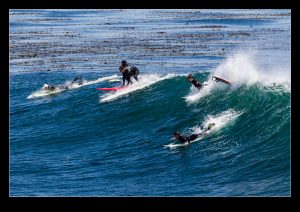 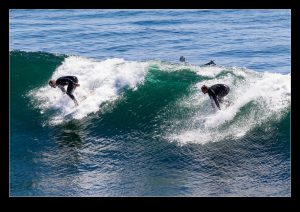 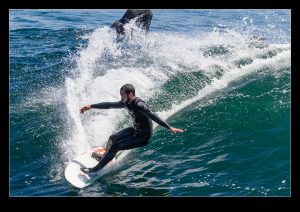