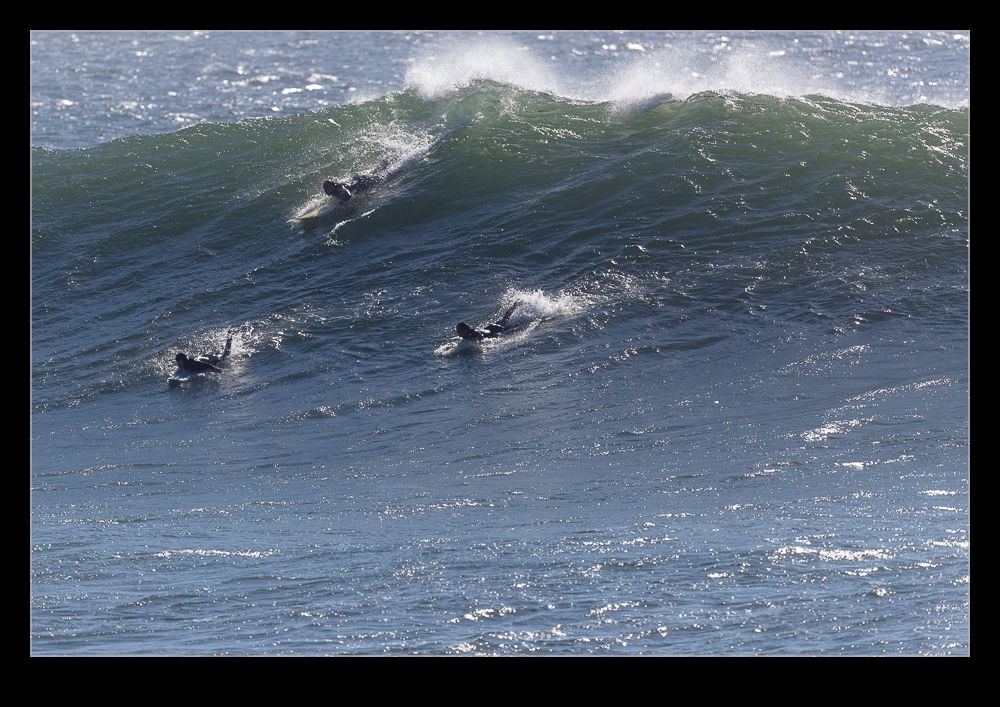 With the big waves coming in at Santa Cruz, the surfers were working in a way we had not seen before.  They were split into two groups, both of which were further away from us than normal.  I assume that being closer in to the rocks with such waves was not good for your health!  One group was further in to the bay and I assume that they were the less skilled/adventurous surfers.  They seemed to be doing okay with the waves that were coming their way. 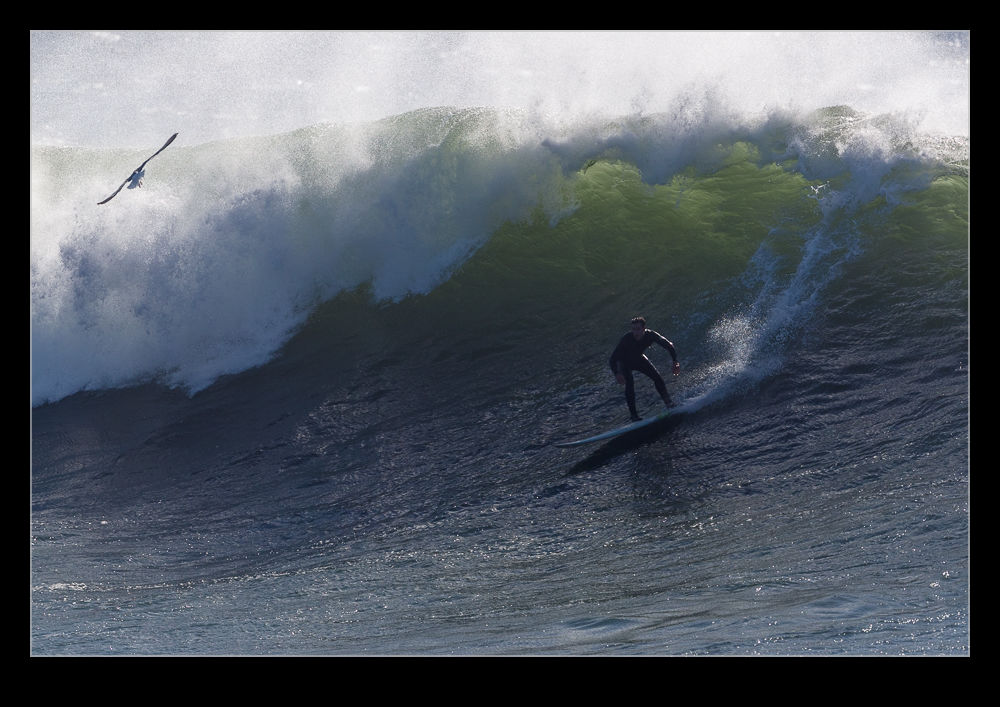 Another group was a lot further out.  They seemed intent on picking up the biggest waves as they came in.  Getting on to these big waves was not a straightforward exercise.  Plenty of the surfers started paddling as the waves came in but they weren’t all able to get up to speed.  The big waves with their long wavelength must require a different technique.  Once up, some of the surfers were getting a long run as the waves didn’t always break right away.  Other times the wave would break and they would head either towards us or away from us.  When they went away, we often couldn’t see much of what was happening to them unless a board flipped up in the air.  When they came our way, we had a far better view. 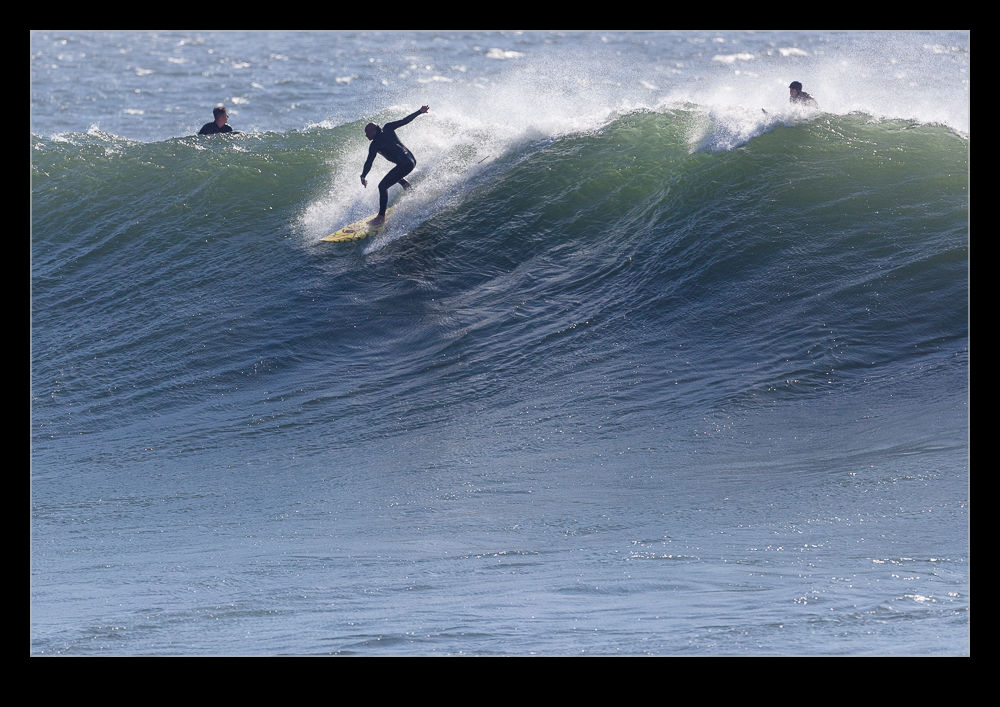 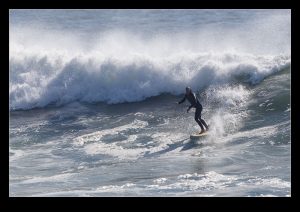 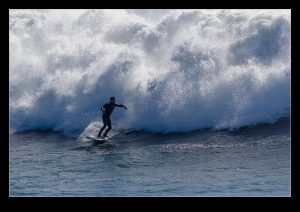 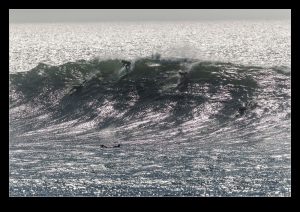