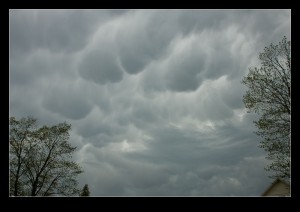 While a wide swath of the Midwest was being hit by some terrible storms, the area north of Green Bay got a taster of what was going on elsewhere.  Thankfully we were spared the worst of it but there were some pretty serious thunderstorms that crashed through the area.  Elsewhere in Wisconsin some more damage was done but we were in an area that got a lot less of an effect. 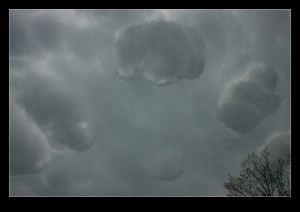 As the storms approached, I saw some quite amazing cloud formations pass over our location.  The skies were really churning – not something that can be easily demonstrated with stills – but the shapes that were forming were still interesting enough to warrant some attention.

I spent a little time outside trying to record these amazing clouds with mixed results.  I 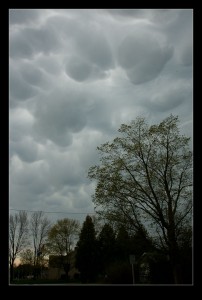 also wasn’t too enthusiastic about staying outside when the storms really got going.  I didn’t have a good location to set up to try and shoot them either and besides, we had a reservation for dinner!  However, I did get a few shots and hopefully they will convey a small amount of what I saw.  If not, at least they remind me of what was happening!