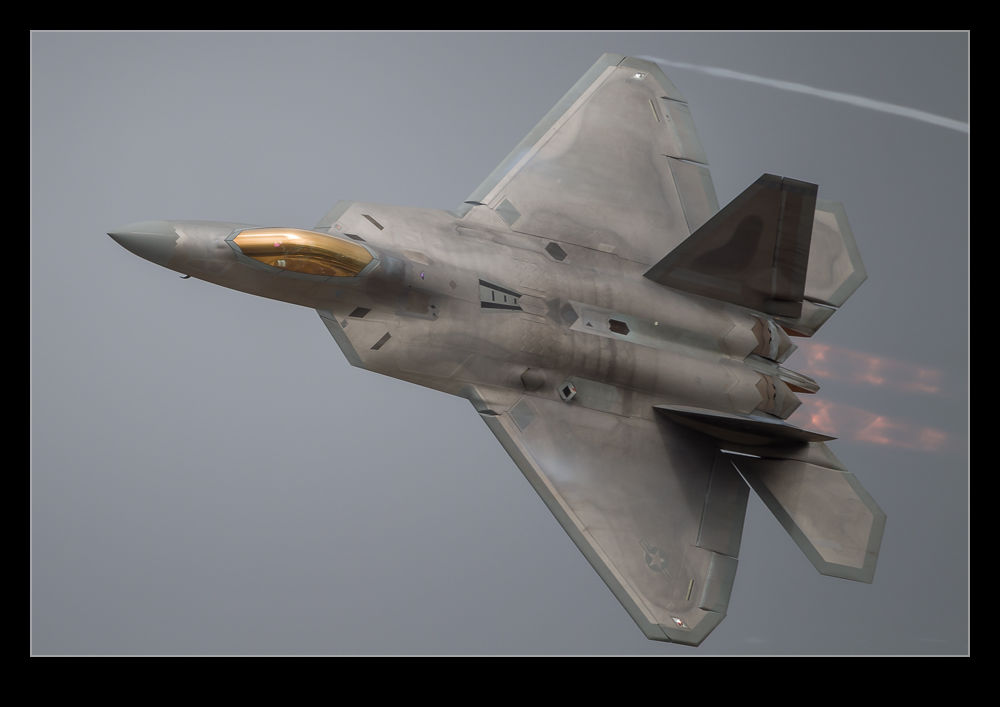 As is so often the case, I was looking through some images for a feature that someone else was preparing when I came across some other shots that had never made their way on to the blog.  In this case, they are some old shots of the F-22 Raptor taken in the UK.  I had made a quick trip across the pond to go to the Royal International Air Tattoo at RAF Fairford in Gloucestershire.  I had joined up with my sister and my nephew for this trip – their first trip to RIAT and one that has resulted in them going every year since! 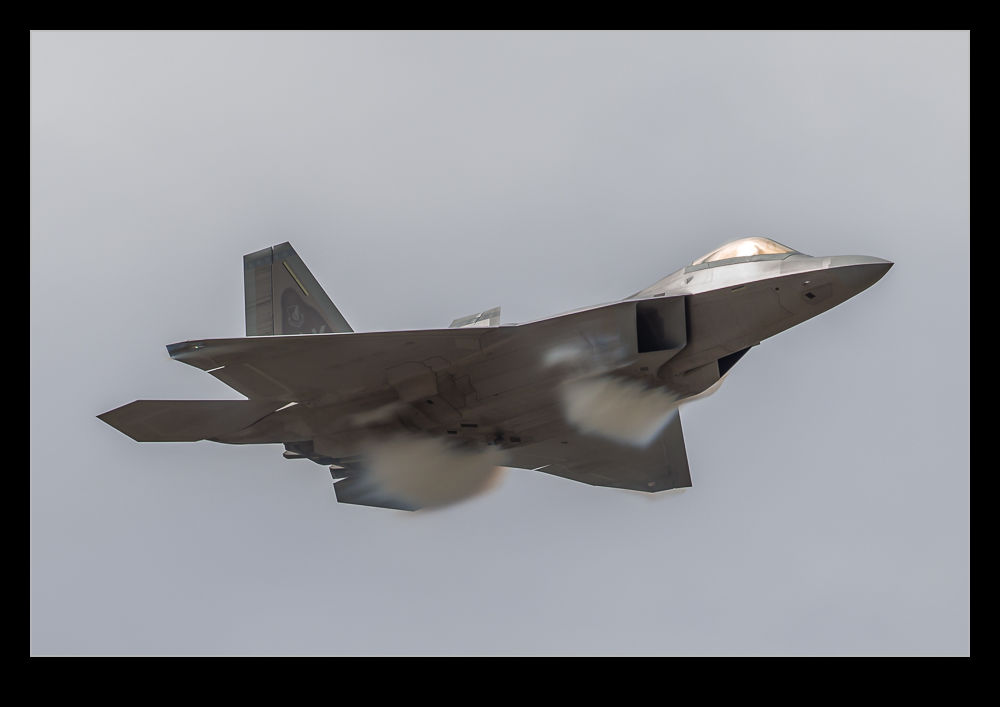 We made a two day visit out of it.  The first was for the arrival day and the second was the first day of the show itself.  The weather on arrivals day was not fantastic!  We had a lot of cloud dueing the day and it ultimately turned into a torrential downpour.  We huddled under umbrellas and aimed to avoid getting totally soaked while those around us did likewise.  A couple of guys in a tent bailing themselves out provided some amusement as we got pelted with rain. 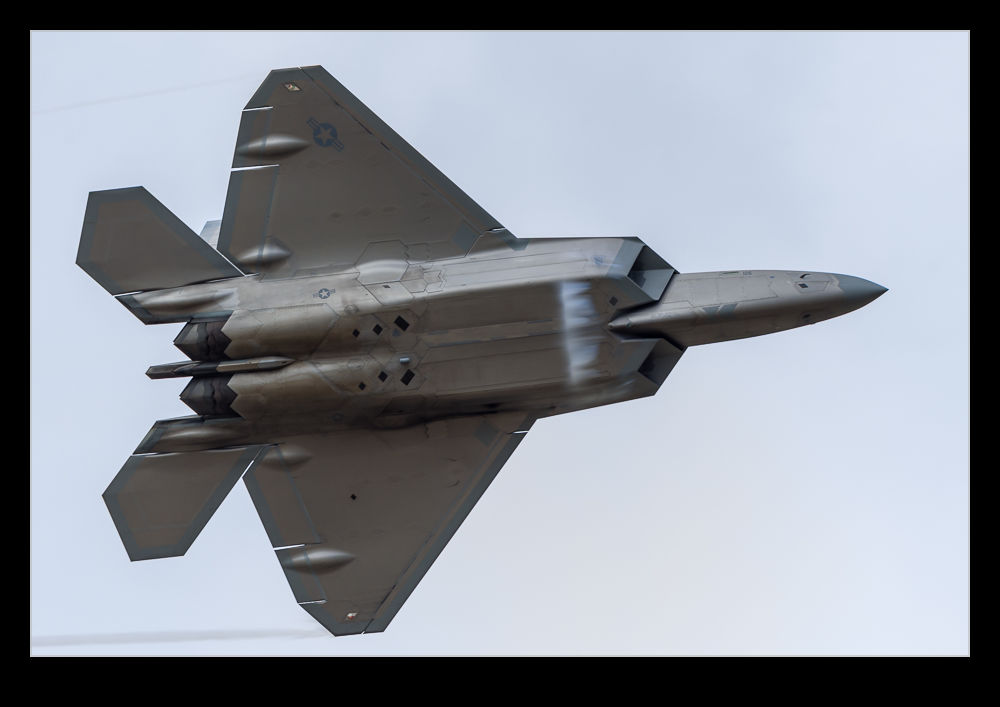 Earlier in the day, the F-22 practiced its routine.  The Raptor had come the previous year and the weather had precluded it from getting a public display as the show got weathered out.  This time it looked as if it might be more of the same.  However, things got steadily better over the weekend.  My favorite shots were taken on the practice day.  The weather had not gone totally downhill at that point but the moisture was in the air.  Lots of cloud and poor light plus clouds of moisture and highly visible vortices.  What more can you ask for – other than nice weather?

Anyway, here are some of the shots from that day.  All was not lost!