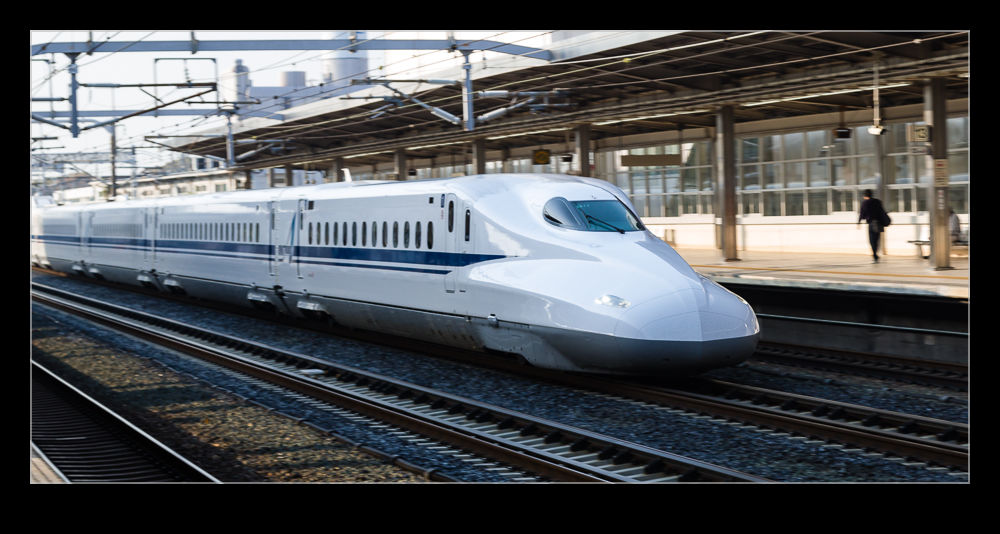 One thing that Japan is famous for is their high speed rail network. The Shinkansen has been in service since the 1960s and has expanded to cover far more of the country while also becoming more popular and faster. I was heading from Tokyo to Toyohashi which meant taking a ride on the original line that runs to Osaka. This is the busiest line both from the perspective of passengers and frequency of service. The trains are very modern and comfortable running at speeds of close to 200mph. The speed is not the most interesting thing for me. Plenty of countries have fast trains these days. What is impressive is just how many of them are running. 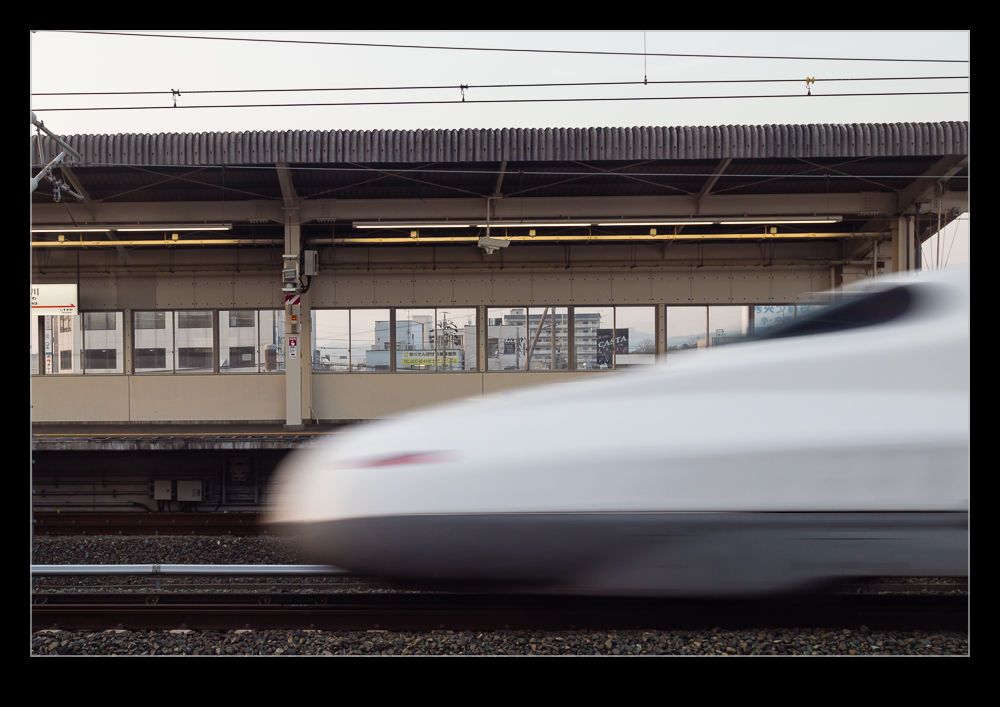 There are fast and stopping services along the line. My first trip was on one of the stopping services. We would get to a station and stop for several minutes and would have one of two trains blast past us. Then we would be on our way again. One of my colleagues checked out the timetable and noted in one hour that 21 trains passed through Toyohashi. Our return leg was on one of the minimal stopping trains and it made the journey back in about one hour less than our outbound trip. Timing is everything it seems. The volume of trains traveling that fast was something else. 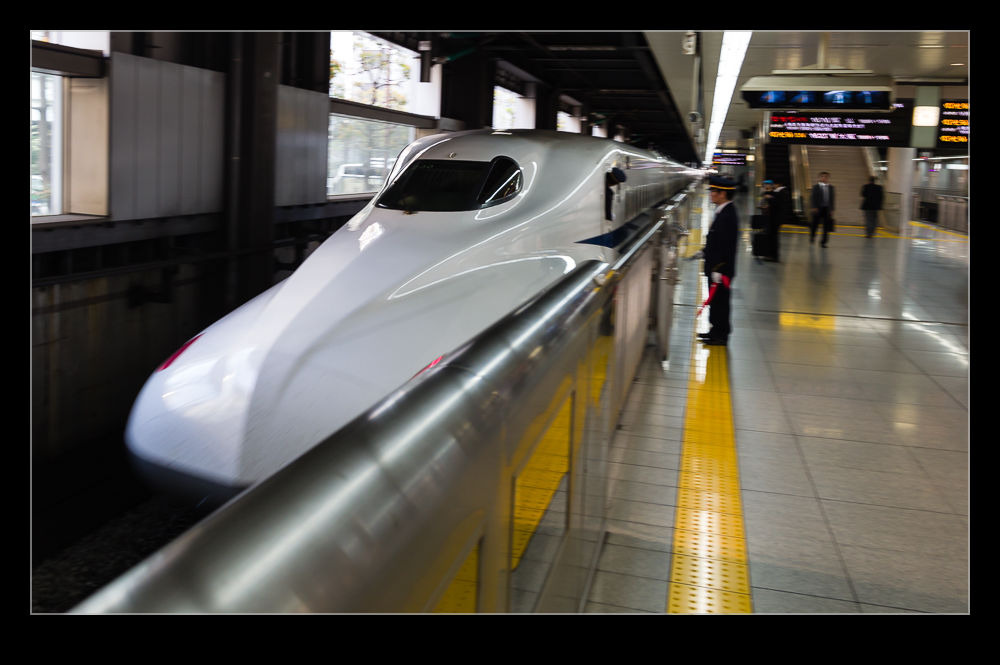 I did manage to get a few pictures of the trains while I was there. These were mainly as they pulled in to our station as we were traveling but I did get to see some of them come through at full speed. They really are motoring. They crest the hill and come into view quite a way off but that doesn’t give you much time. They are upon you in a heartbeat. I was stuck between wanted to get a picture and wanting to have an image that conveyed the speed. Unfortunately, with little time to experiment, I was pushed into making sure I got something. 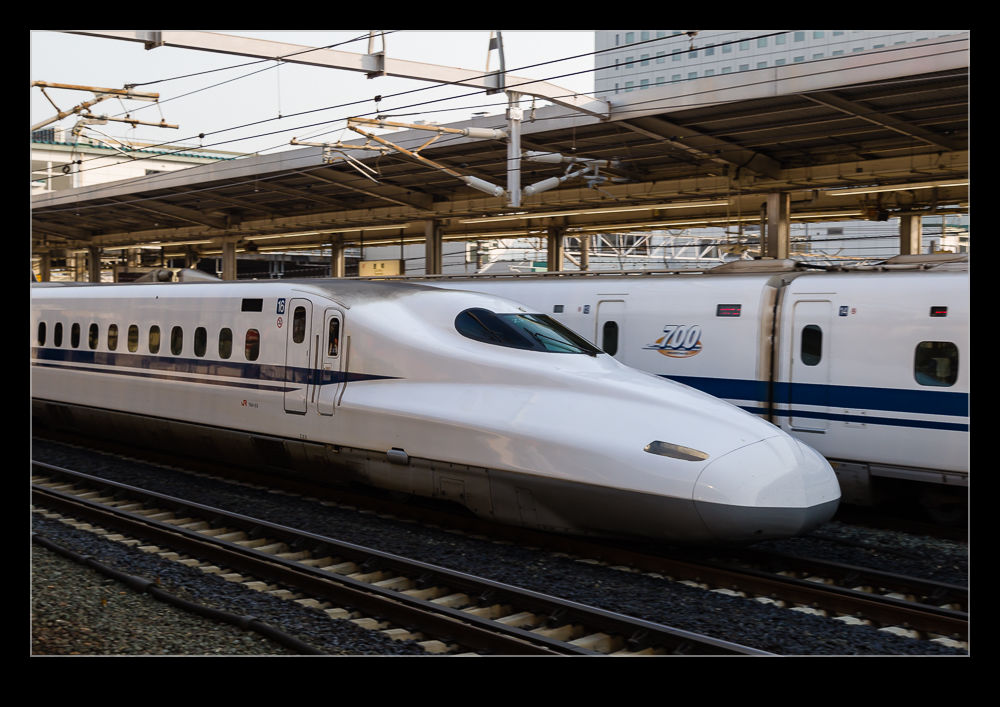 I did also try to get passing shots of other trains while we were traveling. This was a crap shoot since they appear and disappear very fast. I was aiming to get a blurred nose on the view but, even at a high frame rate, this didn’t work out much. All of that said, here are a few Shinkansen shots. 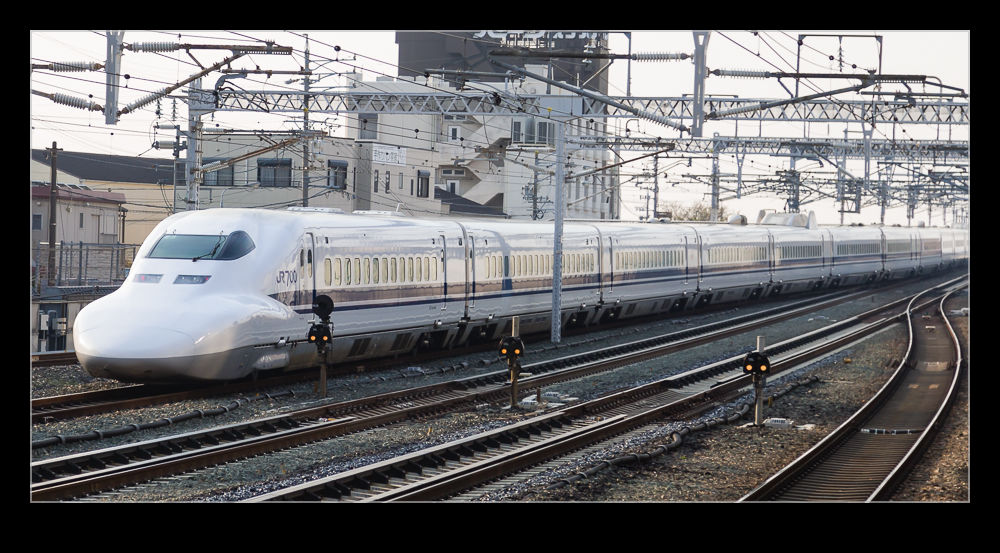 I also got to see one of the original Series 0 cab cars while visiting the company we were seeing. They built it and have it as part of their collection. I was aiming to get a shot of it the day we left but the schedule got busy so that one will have to be a memory only.