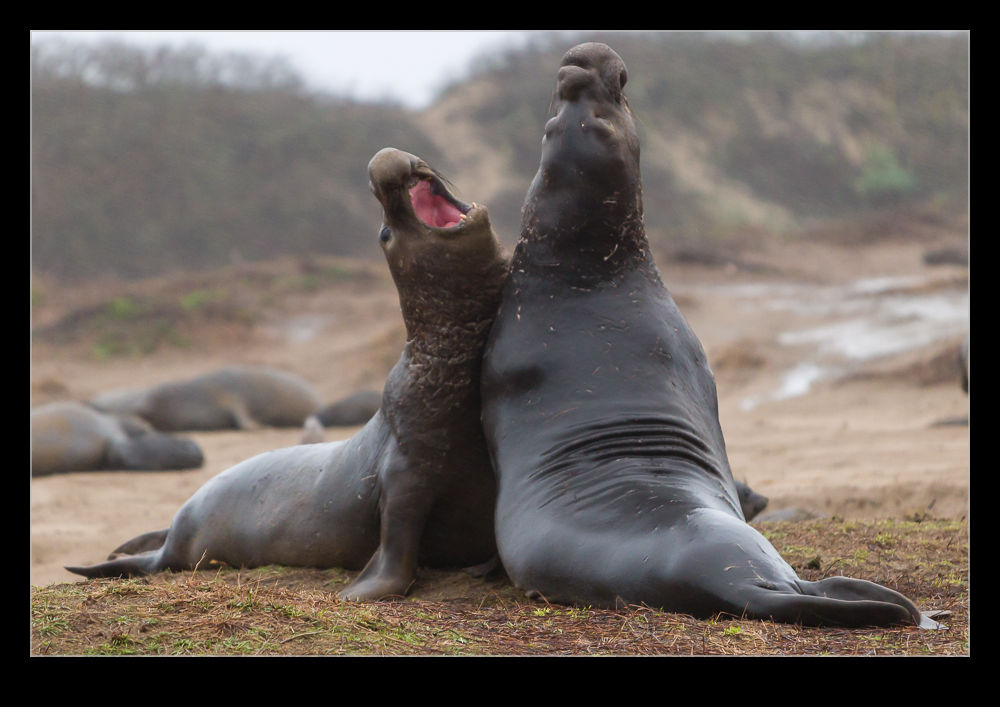 Elements of this post may come with an R Rating.  If you are a sensitive soul, look away now.  Courtesy of Nancy, I spent a morning in the midst of a crazy place.  Ano Nuevo State Refuge is on the Pacific coast about halfway between Half Moon Bay and Santa Cruz.  The beaches of the park are a popular location for breeding elephant seals.  The park protects the seals from the visitors while allowing people to get a good view of them.  However, they also run a series of sunrise photo tours.  In a small group, you are escorted by a ranger to various locations where you are close in to the action with the seals.  And there is some action! 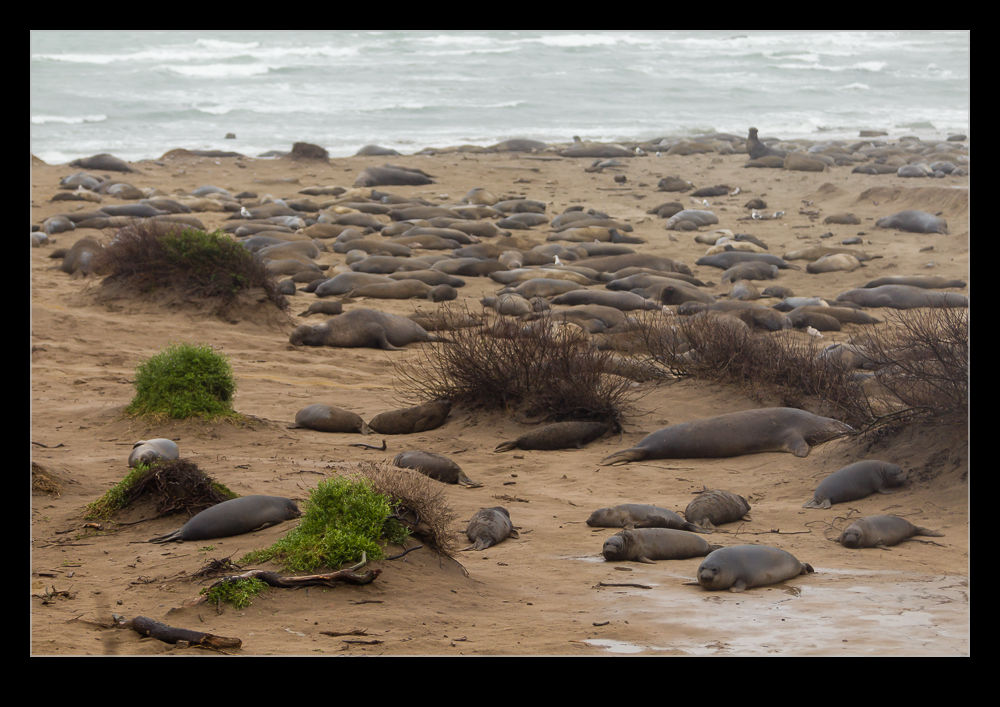 This was something Nancy bought me as a birthday treat.  She didn’t come along.  Something about a 5am start on a rainy day didn’t appeal to her – not sure why.  Calling it a sunrise tour was a little optimistic.  The horizontal rain meant it was more a case of dark transitioning to quite dark.  However, that didn’t get in the way of experiencing some great stuff. 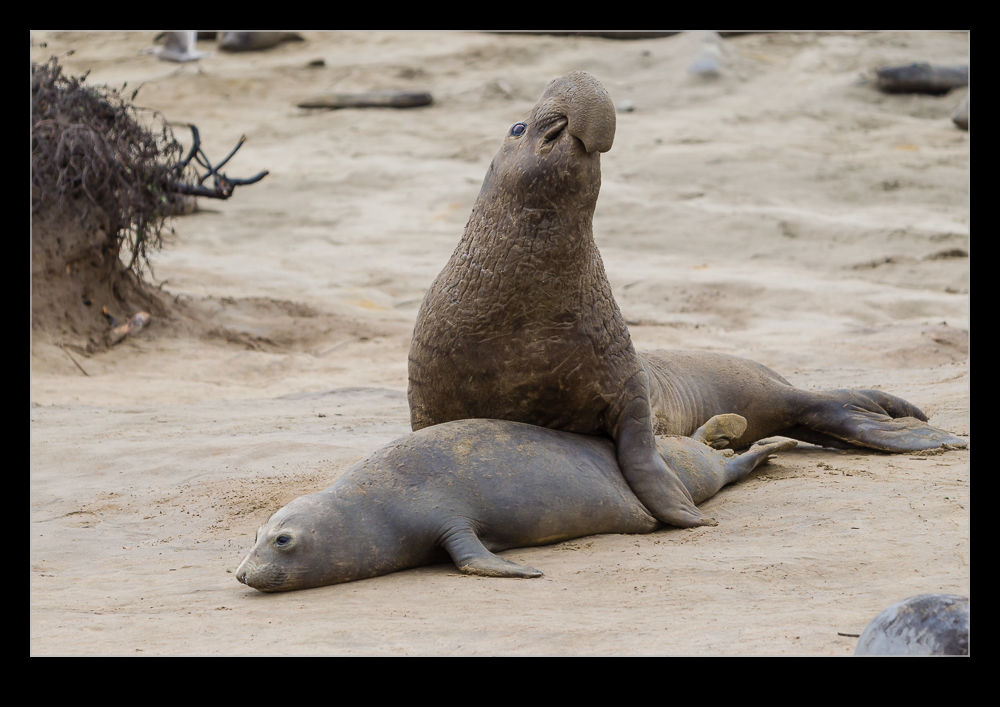 I was a little unsure of what sort of equipment to take with me.  I knew some walking would be involved and ultimately elected to leave the 500mm behind and go with the 70-200 and the 100-400.  If I do this again (and there is a good chance I will), I would include the 500mm and a tripod.  The early start meant the lighting was pretty difficult.  We did walk but spent most of our time in a few locations and only walked when moving between them.  Carrying some extra gear would not have been too tricky.  Keeping it dry was more of an issue of course! 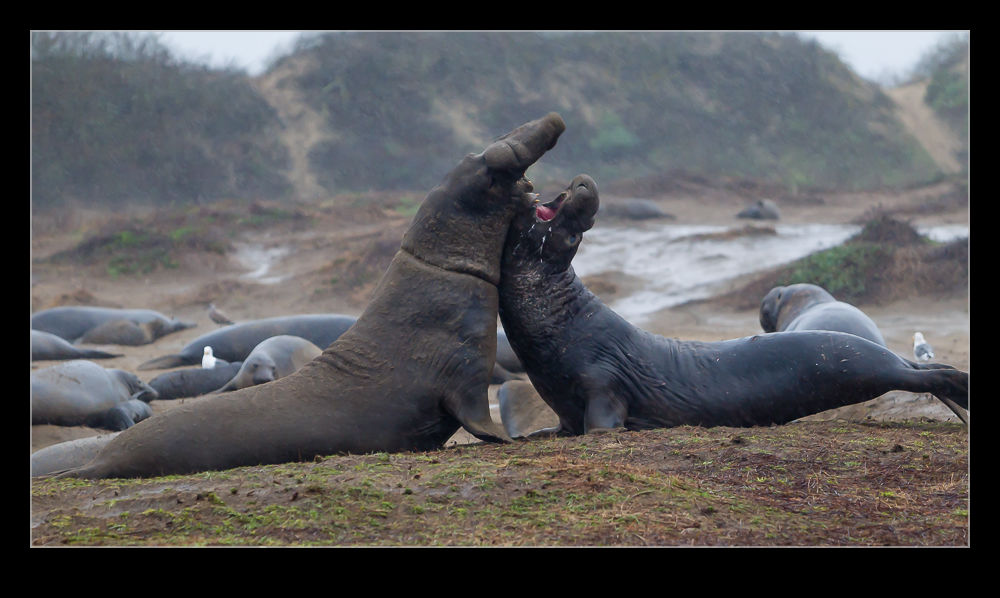 Auto ISO was a friend in this situation.  I went to manual mode, set up the speed and aperture I wanted and let the camera deal with the ISO.  With conditions evolving, this made things a lot easier.  The newer version of my camera has a function that would have been welcome here and that is the ability to add exposure compensation to the mix.  Mine won’t do that sadly.  It would have been helpful in this situation.  As the light got better, it was possible to go back to a more normal aperture priority shooting approach fixing the ISO and using exposure comp as required.  The high ISO capabilities of modern DSLRs are so handy on a shoot like this.  The 70-200 is an f2.8 lens so it allowed relatively low ISOs from early on but the 100-400 is an f5.6 at length and so the ISO was really pushing up there.  However, while the noise is noticeable, the images really are very useable. 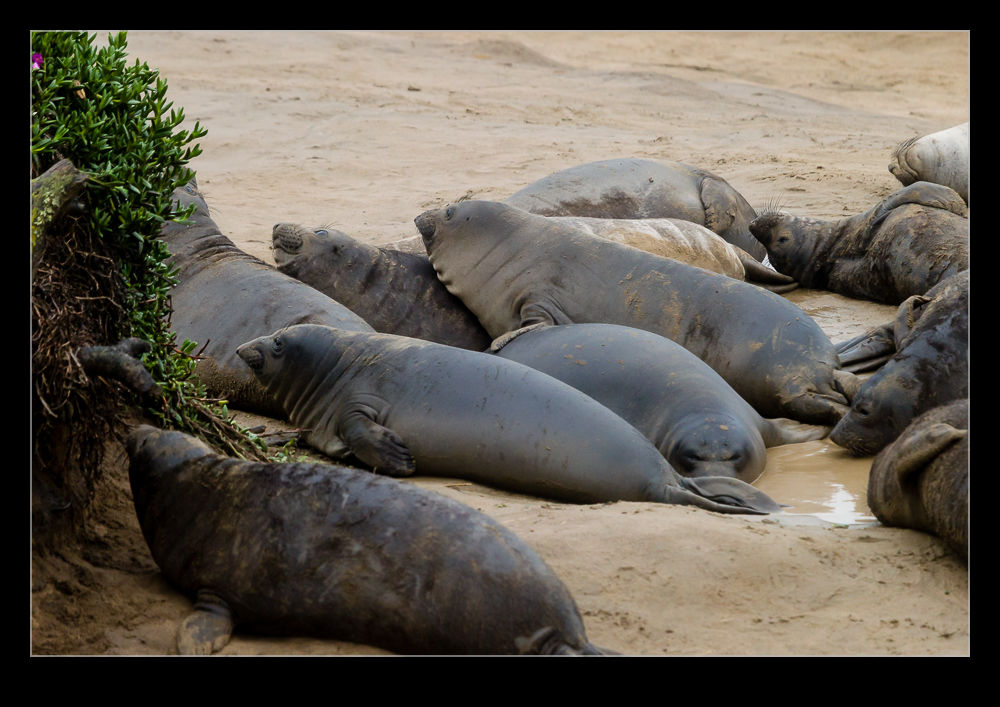 The beach was covered in seals.  Various dominant males had their harems scattered around.  They were either mating with the females or fighting males that wanted to get in on the act.  Some of the males would come in either straight through the front door looking for a fight or sneaking around the side hoping not to be noticed.  The result was usually the same.  Some of the fights were pretty brief when the challenger realized that they were out of their class.  Occasionally they went on for a long time with the males taking chunks out of each other as they swiped their teeth into the neck of their opponent.  I have heard the bellow these seals make on video before but in person it really resonates through you. 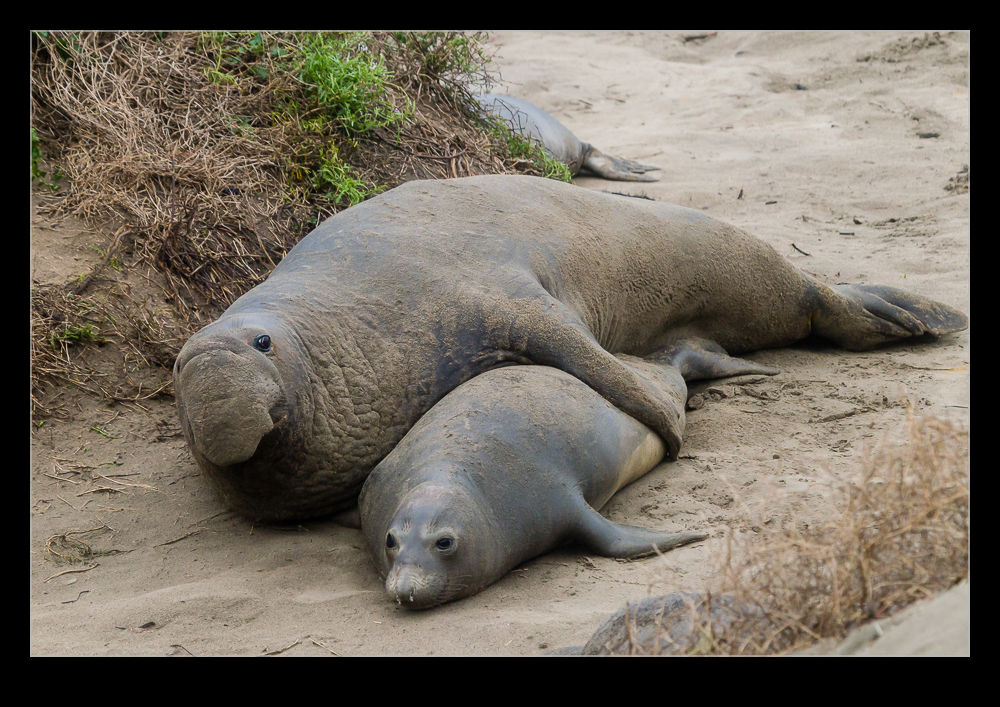 Meanwhile, a second group of males were waiting down by the water.  The females had raised their pups and were now leaving them on the beach and heading back to see.  They were fertile again so many males were trying to intercept them as they came to the water out of range of the harem.  They had some success with this but were also fighting each other to be in the best spot.  Consequently, it was almost non-stop fighting and mating on the beach with the occasional birth taking place too!  Good luck to those females because, once they were off the beach, they had the great whites to look forward to a little further offshore. 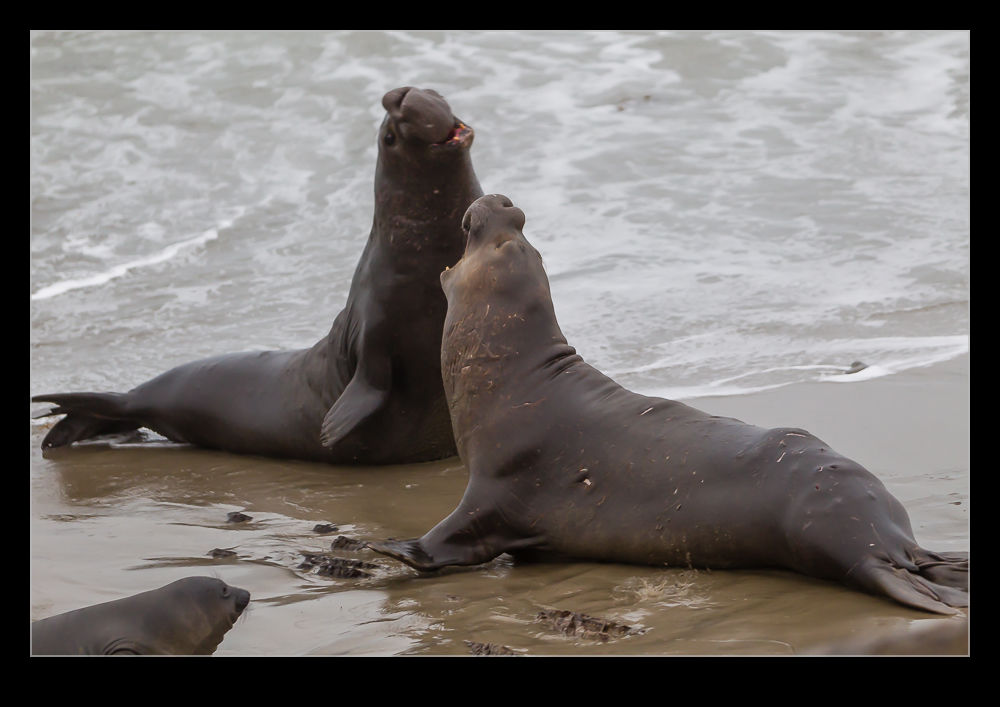