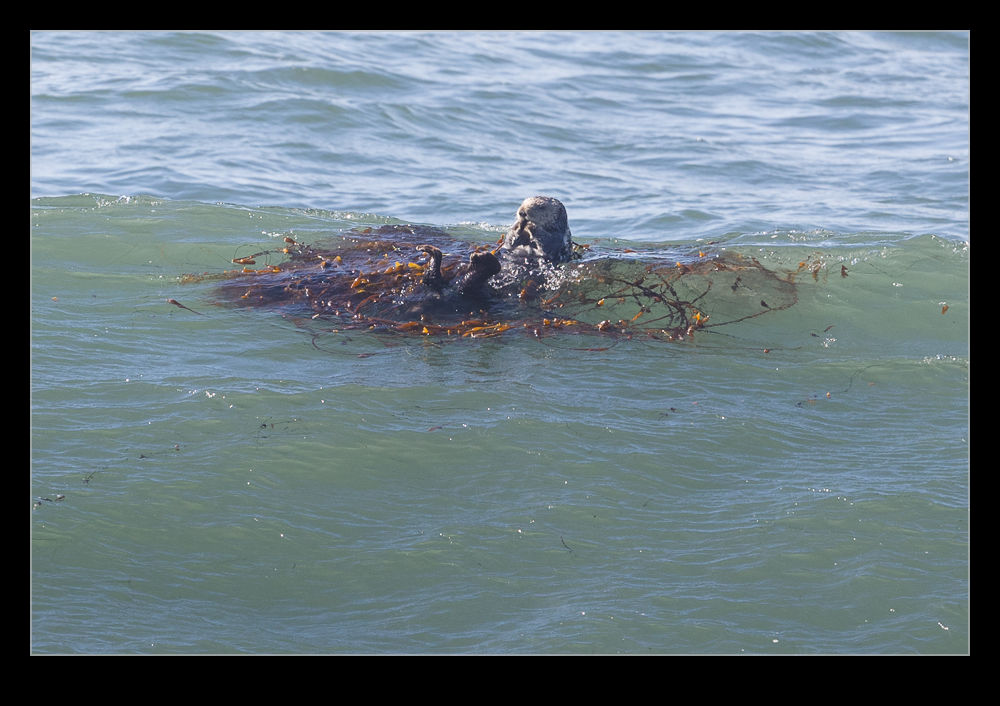 While watching the waves come rushing in to the Santa Cruz shore, I saw something floating on the surface just a little way out.  It appeared to be seaweed but that wasn’t all that was there.  A look through the longer lens confirmed that a sea otter was sitting out there enjoying the ride.  The clump of weed was drifting closer in so, when the waves started to break over the top, the otter would dive underneath and pop back up once the 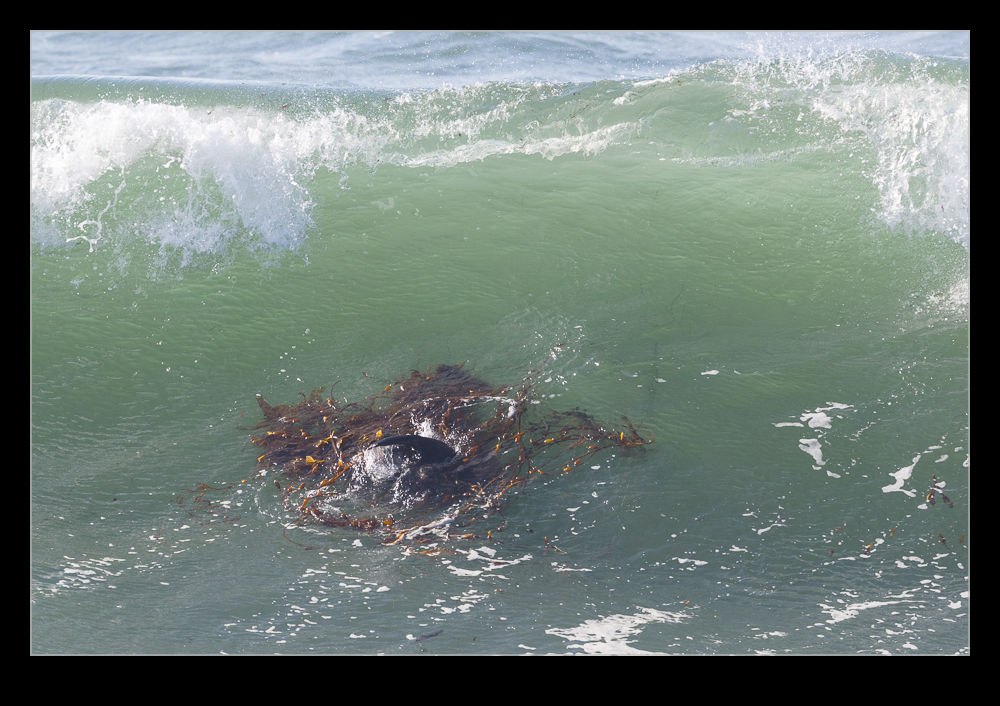 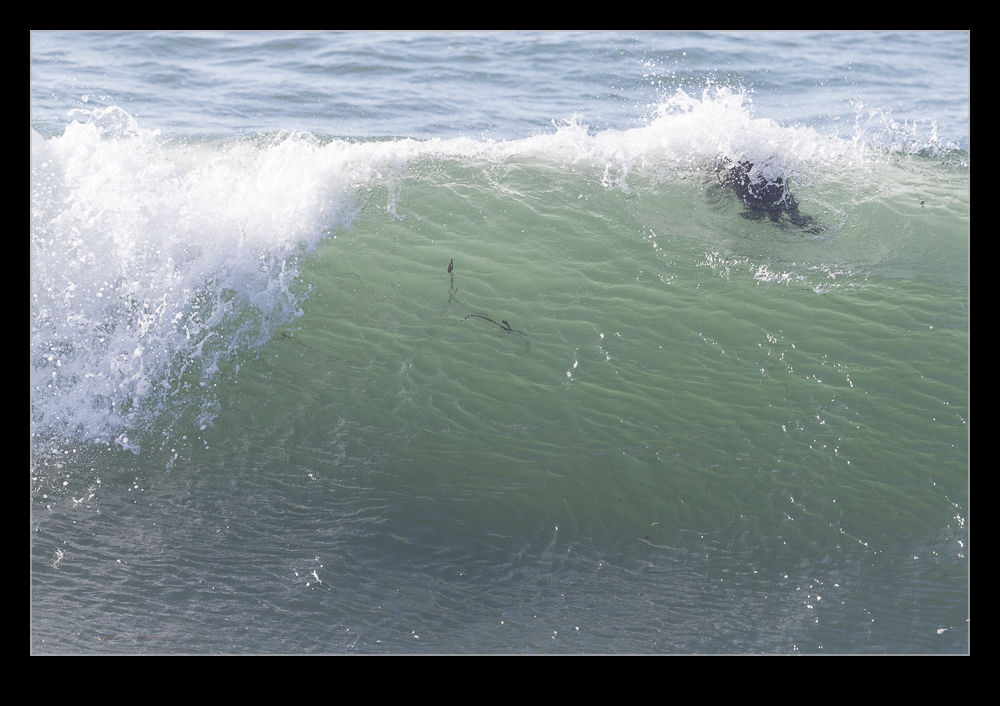 turmoil had passed.  The current was taking him along the shoreline over time so we lost track of where he ended up but he seemed to be enjoying the ride quite a lot!