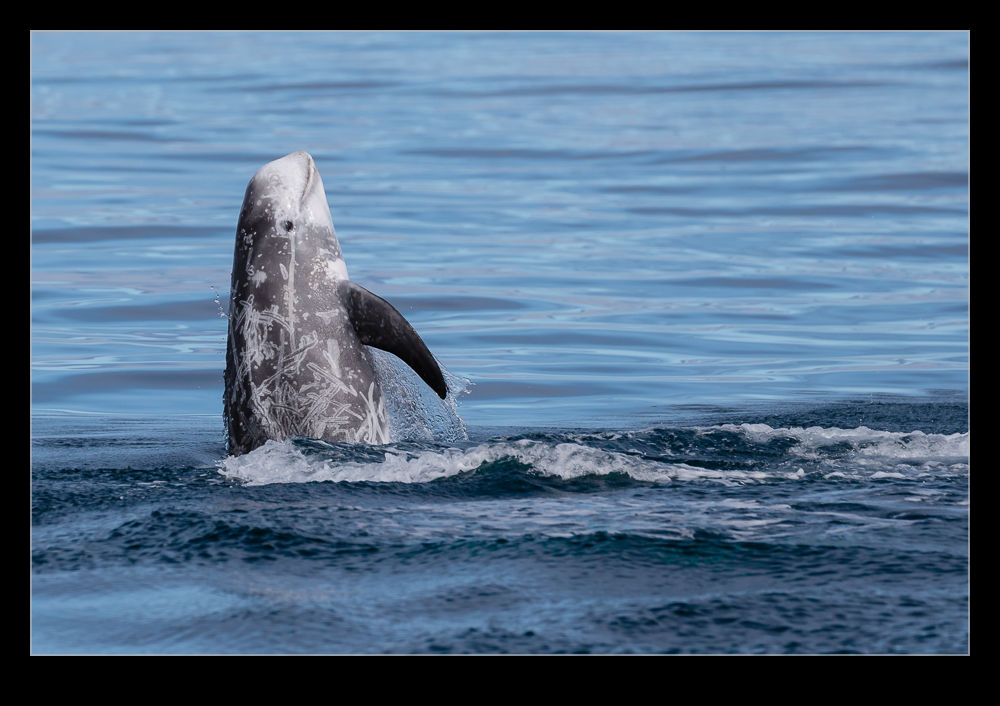 I have never heard of Risso’s dolphins before. There are so many species of dolphin, you would have to be an expert to know them all but you do hear of many of them. Not so with this one for me. Once you find yourself in the middle of a bunch of them, though, you suddenly are terribly familiar with them. They were not a terribly sociable bunch at first but we hung around for a while and they gradually got more relaxed with us nearby. 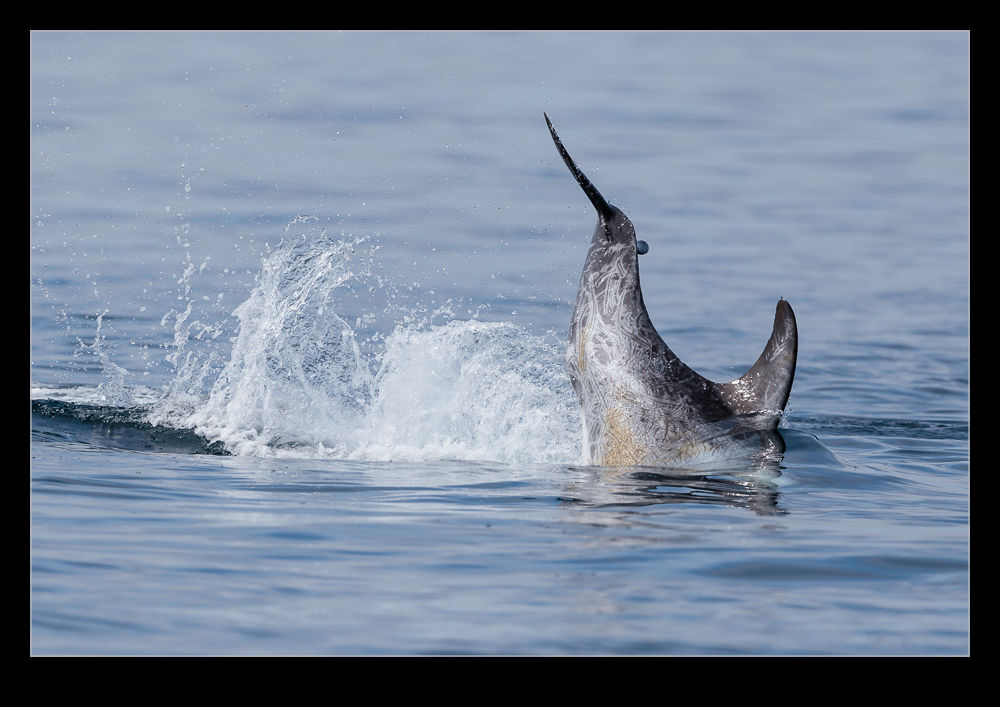 As they age, they apparently get a lot lighter in color. A few of the dolphins were very light and, with the water being so calm, we were able to see them even when they were submerged. The group was a decent size and we would have some of them visible most of the time. They weren’t as keen on getting well out of the water but we did have some that would pop out and breach every once in a while. Being pointing in the right direction with the camera when it happened, though, was another thing. 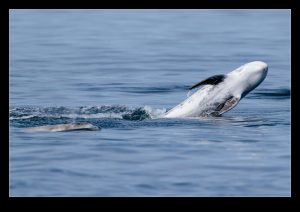 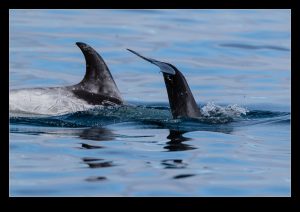 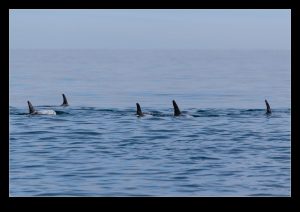 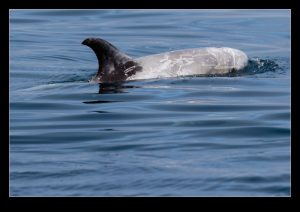 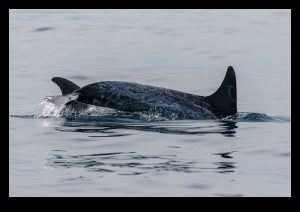