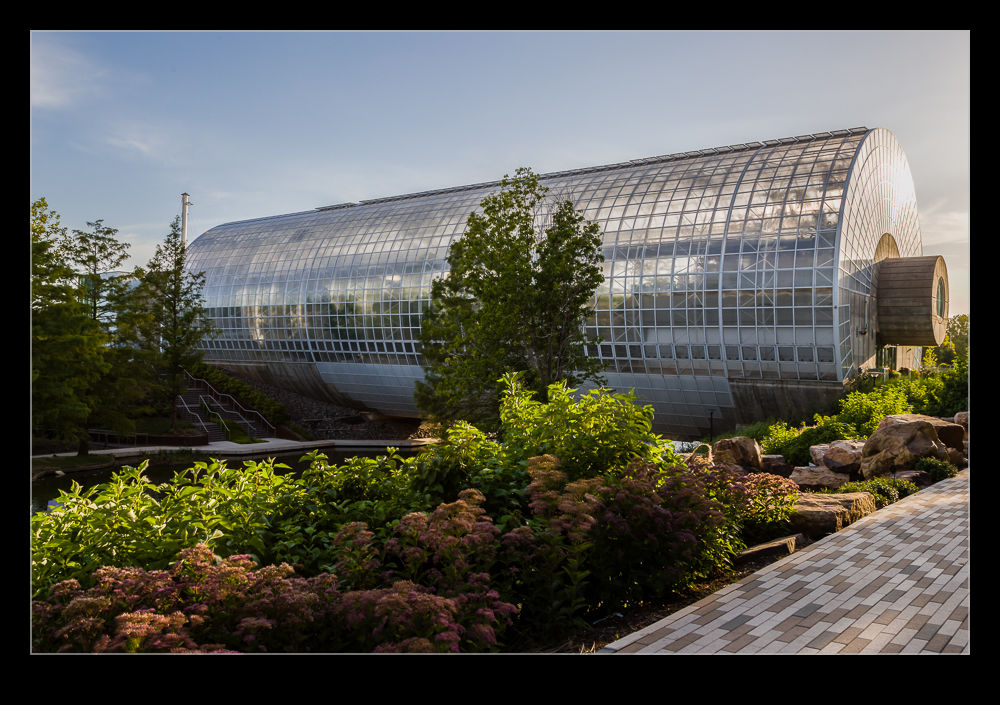 In the heart of downtown Oklahoma City is an oasis from the normal bustle of a city in the form of a botanic garden. This is not something on the scale of some of the other botanic gardens I have visited over the years. It is more of a park that has been nicely landscaped. However, it is known as the Myriad Botanic Gardens and it has a glasshouse at its center. This is a cylindrical structure that spans a pond. 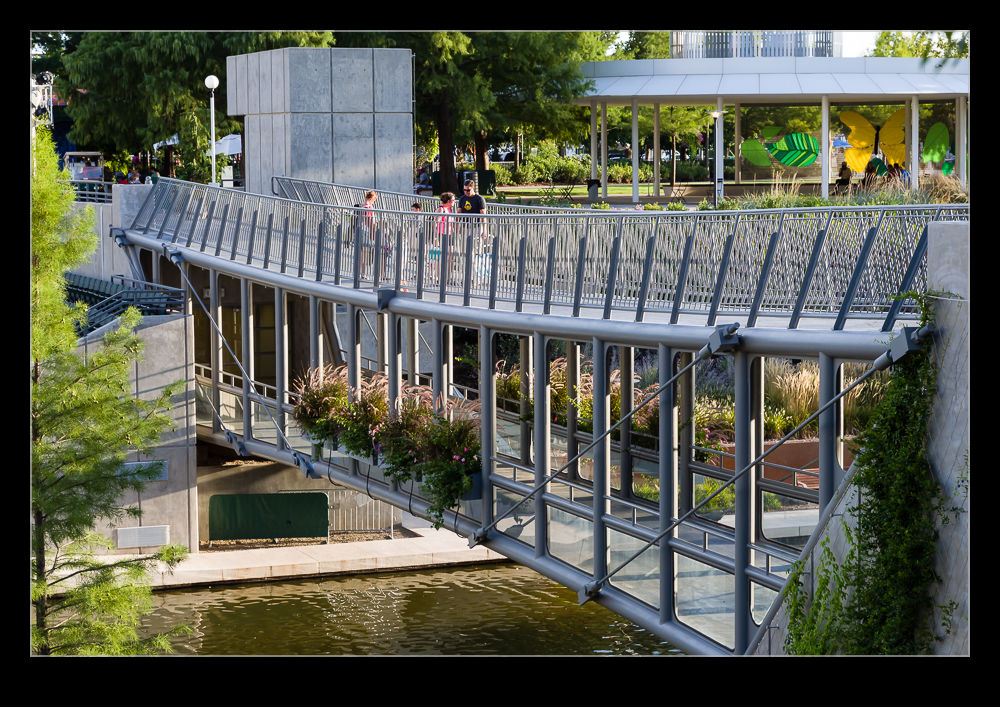 I got to the gardens at the end of the day and with limited time before it closed, I didn’t bother to shell out the entrance fee (which did seem a bit steep). Instead, I was more intent on getting some shots as the sun started to set. I wasn’t alone in this idea. There were a few photographers like me wandering around looking for shots and a considerable number that were there professionally shooting individuals and family groups against the various backgrounds the garden had to offer. 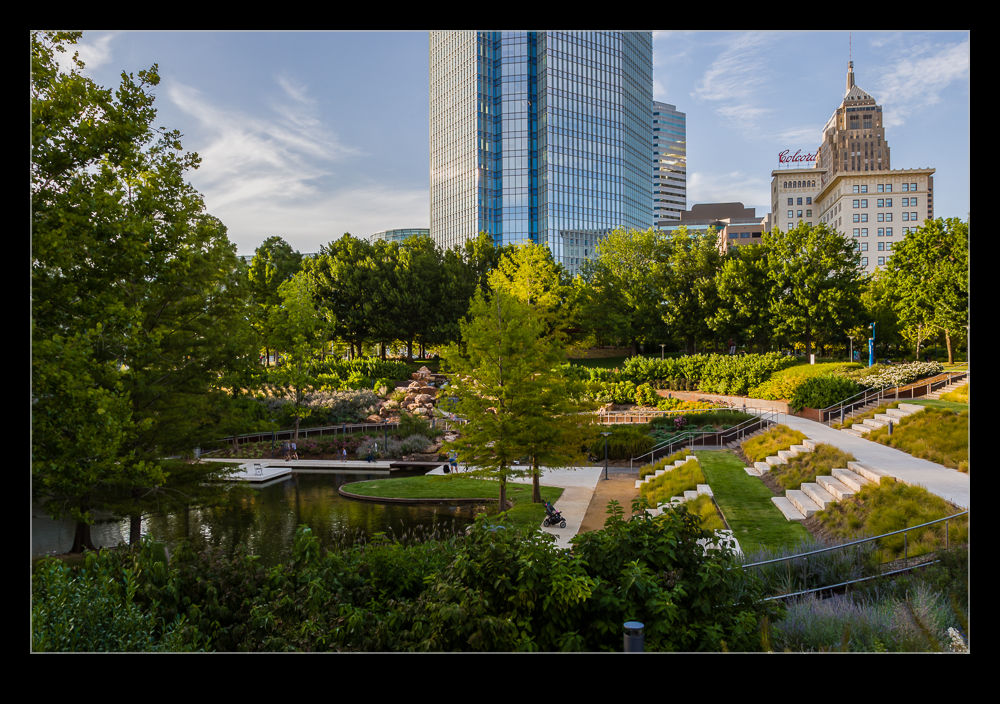 Aside from the cylindrical glass structure, there were water features, sculptures, a stage in the round and an open space with a stage at the end for free concerts, one of which was setting up while I was there. A reggae band were getting ready and, as I strolled around, they started their performance so I had a nice bit of background music while I enjoyed the evening which had cooled nicely to the high 90s from the earlier temperatures in the 100s! 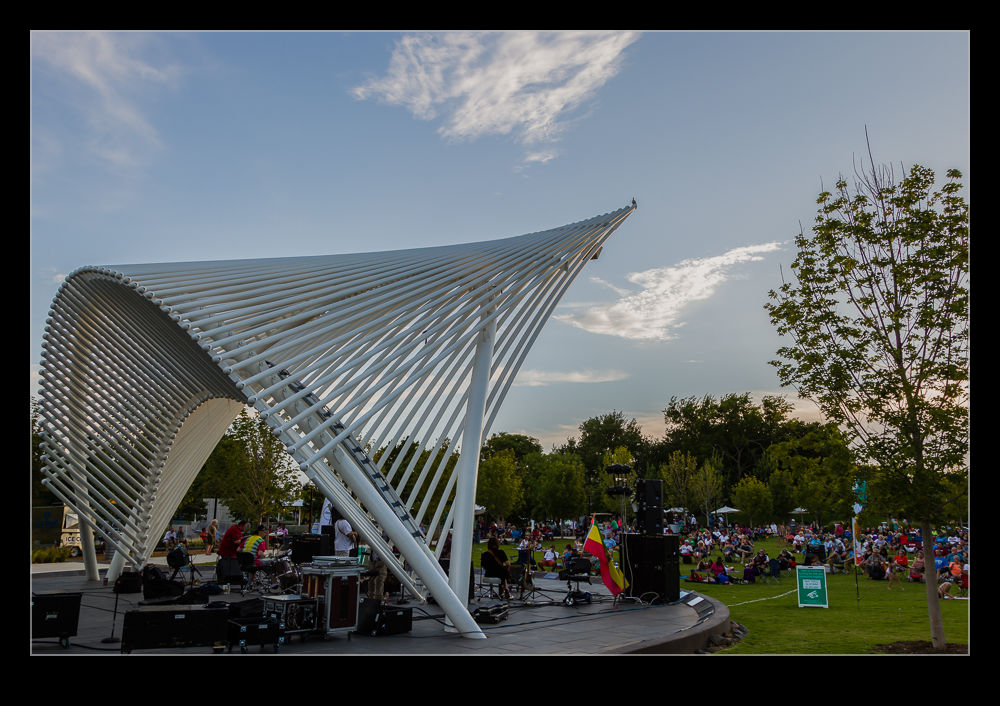 While the downtown area of Oklahoma City has not struck me as one that has a lot of people living in it, there was a good sized crowd at the concert as well as those walking around the gardens. It seems to be a popular spot and, being within a couple of blocks of my hotel, it was a pleasant change from the usual hotel environment. 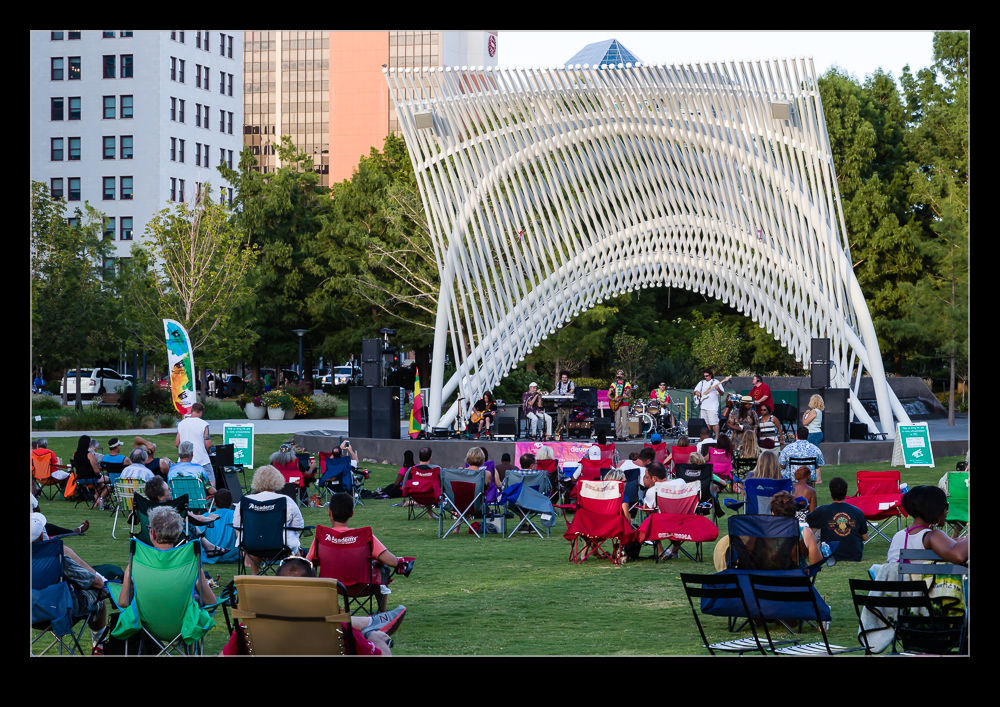 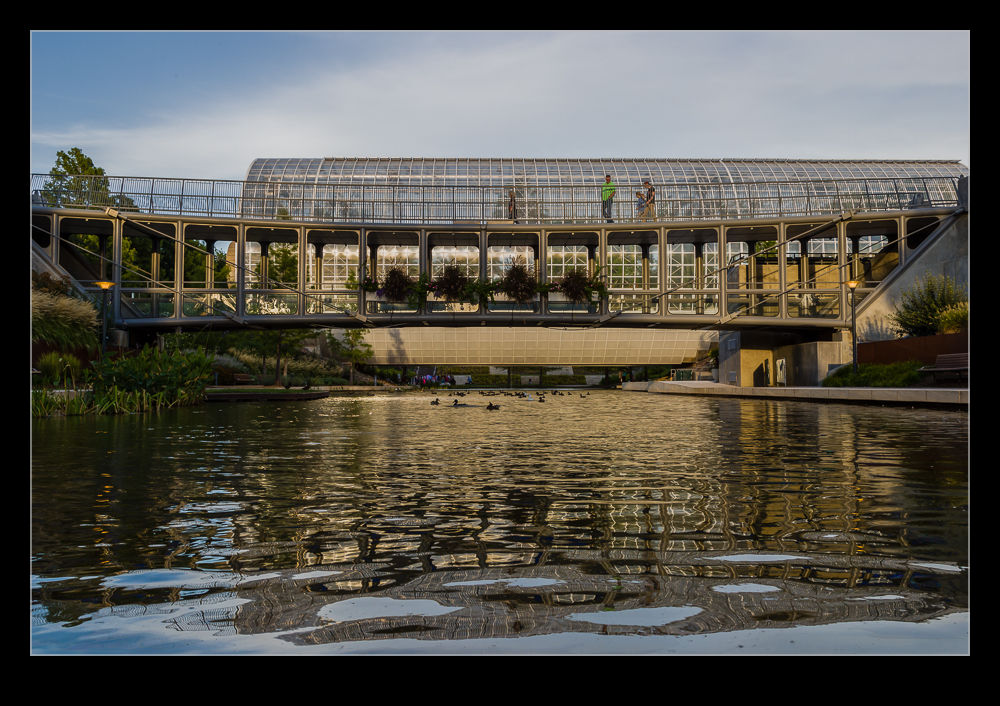 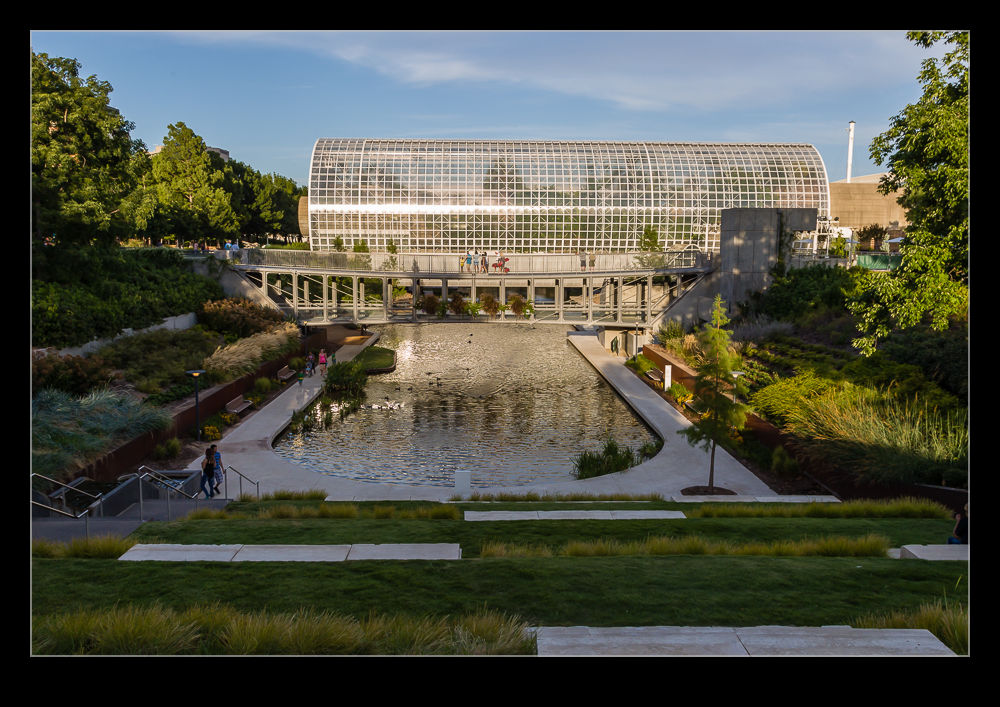