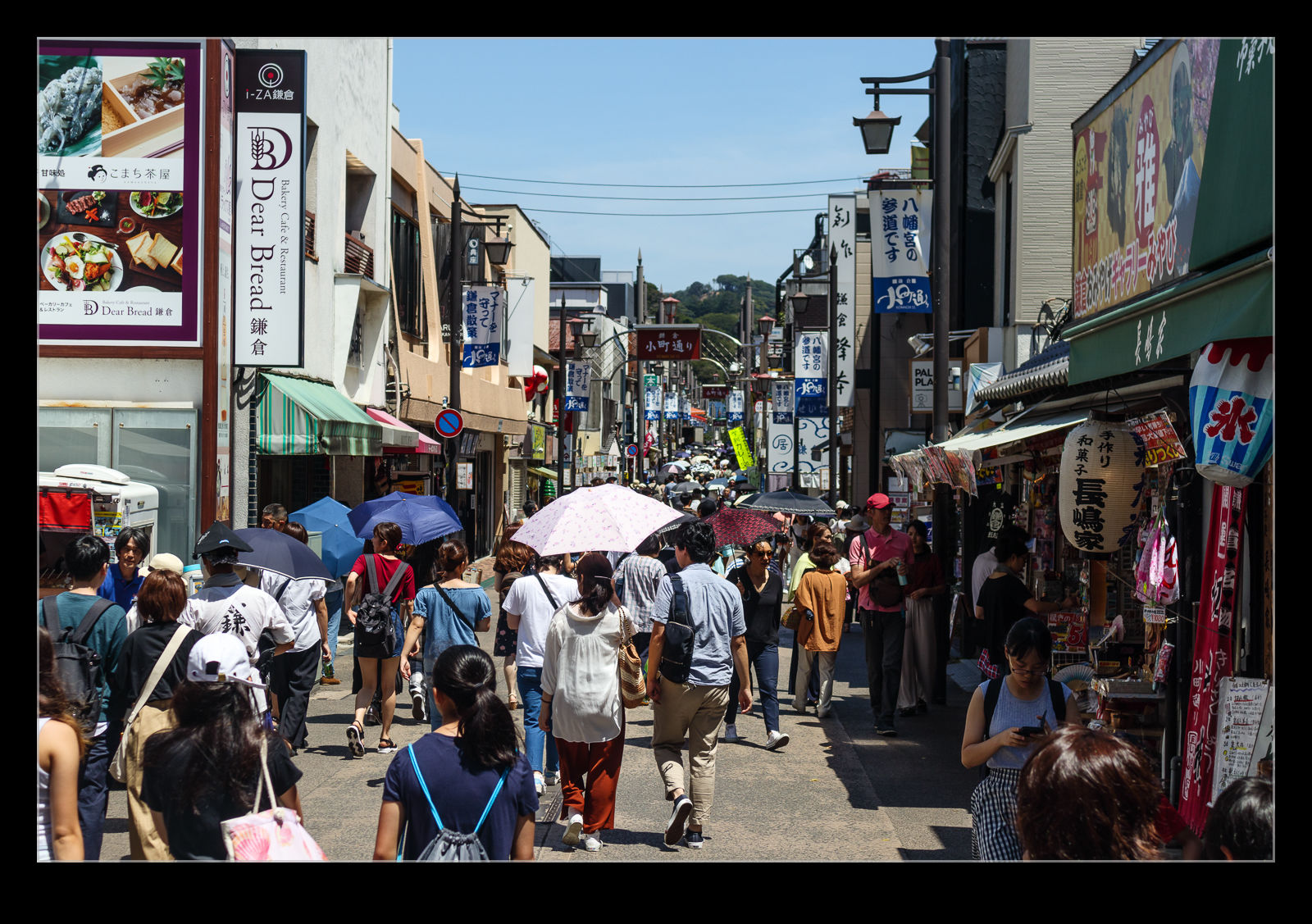 A day trip to Kamakura was tagged on to the end of my visit to Japan.  It was a train ride of about an hour south of Tokyo to a coastal town.  We were heading there because of a large statue but that will get it’s own post in due course.  Coming out of the station, we are immediately on a narrow street that is filled with food and shopping. 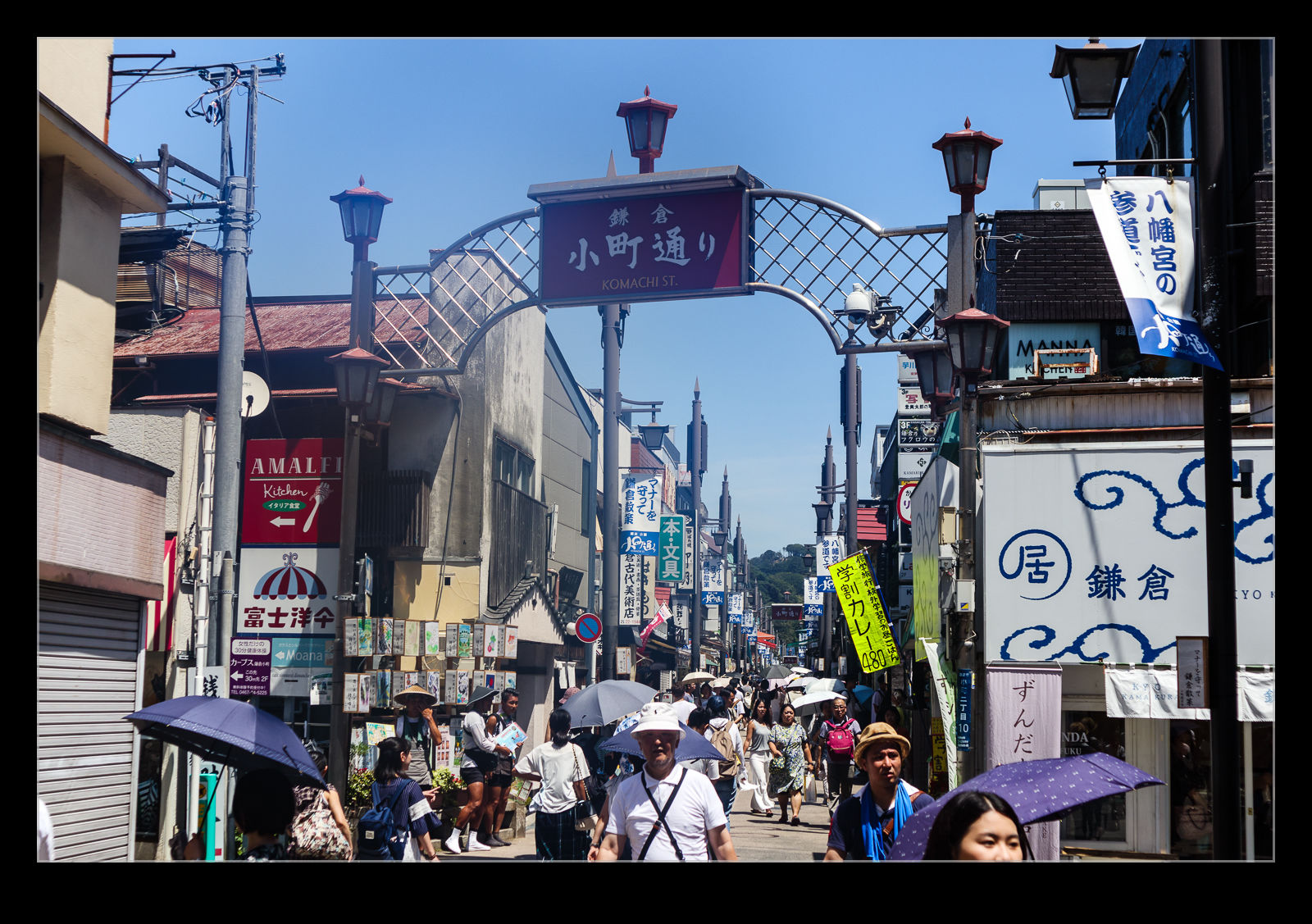 Kamakura is known for little fish called shirasu.  They can be eaten raw or cooked and everywhere we went on this street, you could have shirasu added to your dish whether it was a hot dog or pizza.  I chose not to try it out.  Given the intense heat and humidity at this time of year, a lot of the food stands were devoted to ice cream and frozen foods.  Not a bad idea.  I wonder what they sell at cooler times of year.