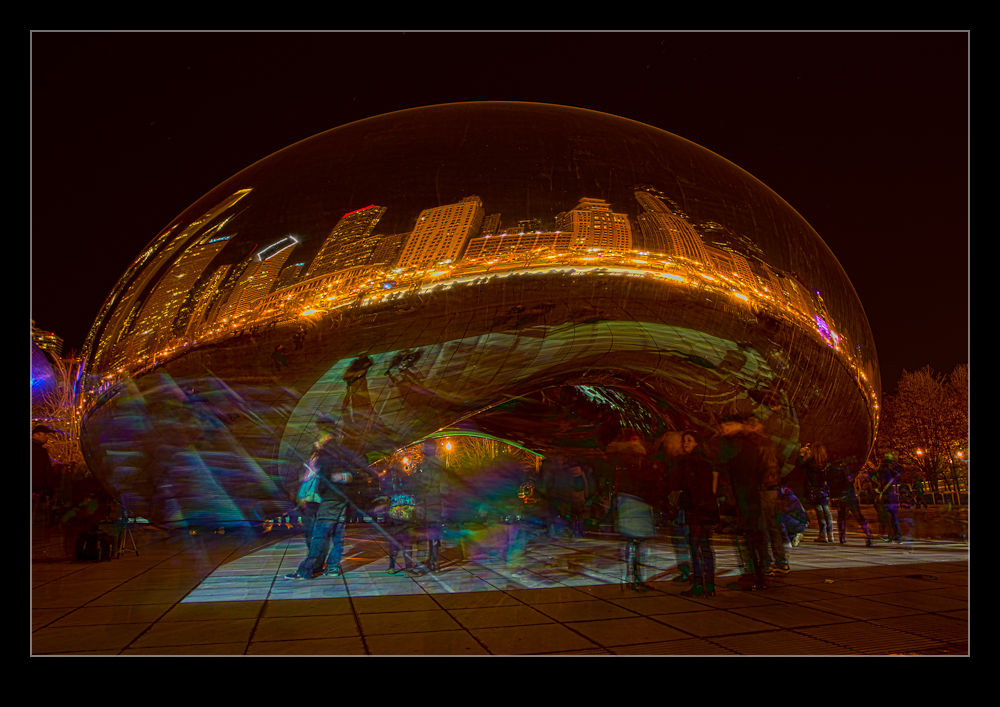 It is easy to get complacent when you have so much going on around you all of the time.  I saw something in the paper about an installation in Millennium Park where there was a light field set up around Cloud Gate (or The Bean to everyone except the artist who created it!).  The lights were illuminating the ground and also reflecting from the surface of the Bean itself.  Sounded worth a look. 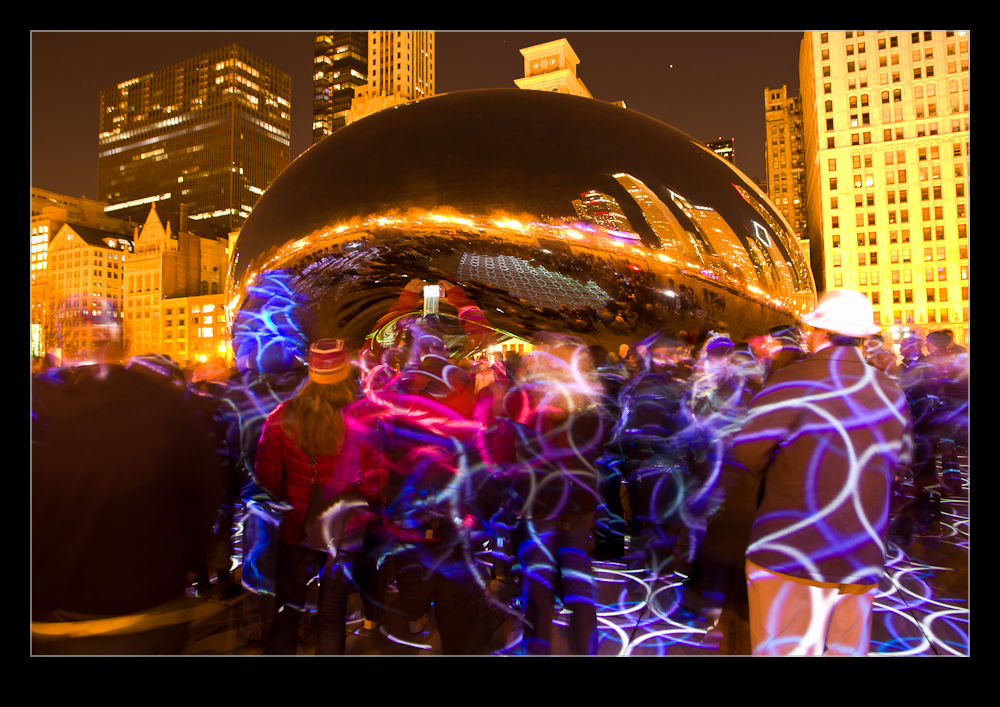 I mention it to Nancy and the following day she says the paper mentions the exhibit ends the following day.  It is Sunday so I figure I had better get down there that night to see it before it goes.  Of course, I am not alone in thinking this.  I head down there and it is absolutely packed.  There are plenty of photographers around and one of them tells me how quiet it had been the previous Tuesday.  Great!  I am doing well recently with people telling me how it was better sometime before but they never give me a time machine to make this information truly useful! 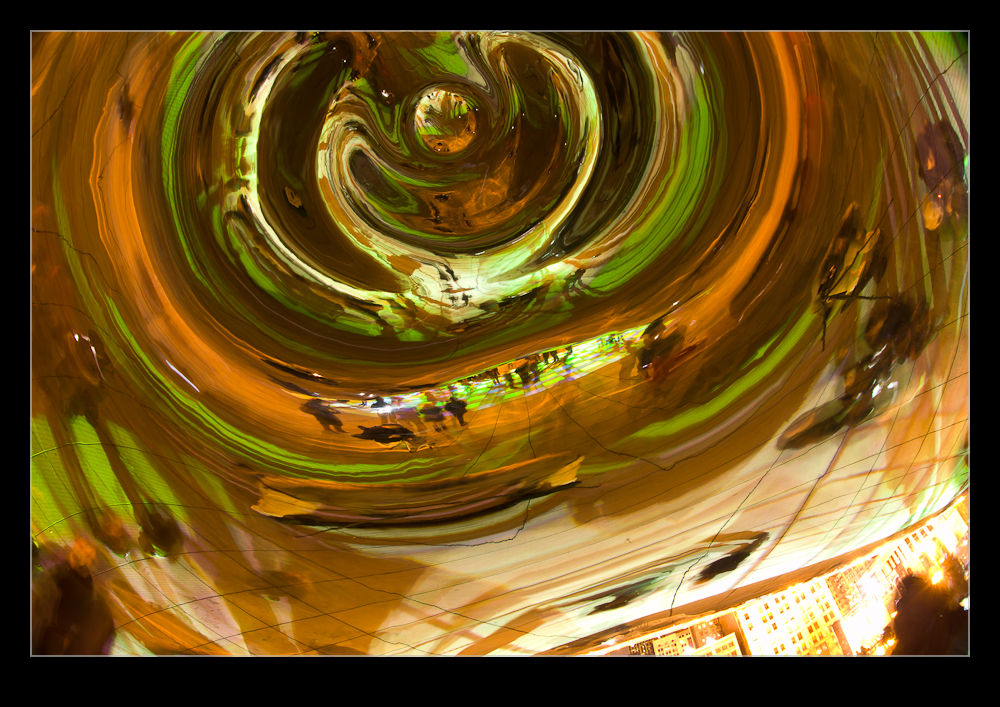 Anyway, the presence of all of the people has some good effects.  I set up a time lapse when I first get there since it is busy and the people add something to the time lapse.  Besides, having a lot of people around makes it feel more exciting.  The other benefit is that, while the people obscure the light projections on the ground, they become a screen of their own so seeing the shapes play out on them can be just as good. 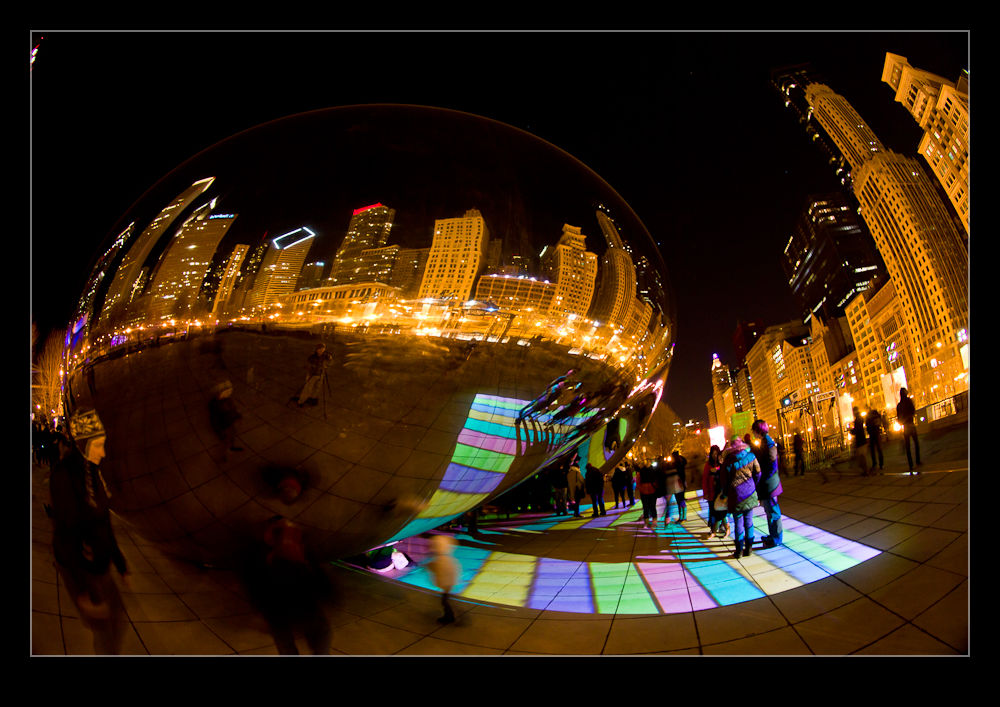 I hang around for a while since I figure people will drift off home at some point.  It is Sunday after all.  Sure enough, the numbers do reduce over time but the exhibit ends at 9pm and there are still plenty of people around at that time.  The patterns of light are different on each side of the Bean.  Projectors are mounted on scaffold frames and beam constantly changing patterns down.  There is also musical accompaniment (although I ruin that effect by staying in my own world with my own music – philistine!). 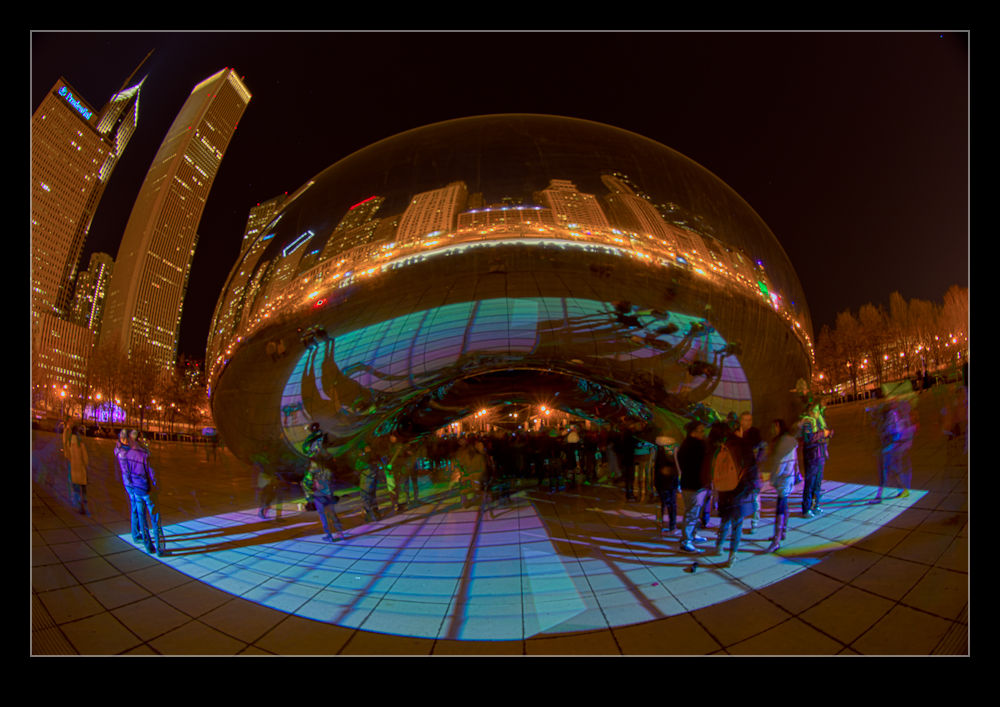 It was certainly worth it.  Someone asked me recently why to live in a city.  After you had seen everything once, what else is left to do.  A fair question if you don’t live in a city.  However, this was one of those things that says to me why it is fun to live in a city.  Something like this was happening and it was less than 15 minutes for me to walk there.