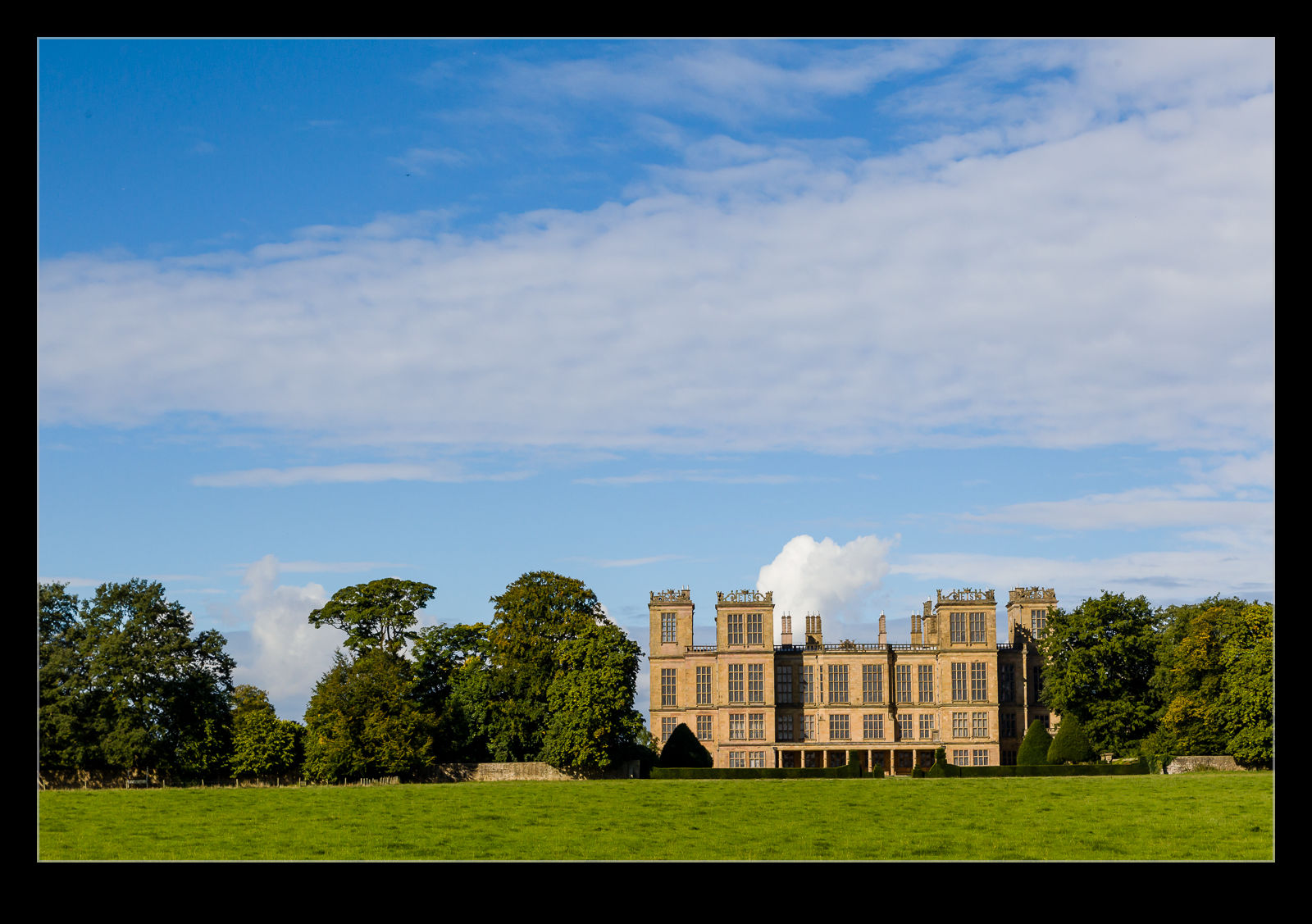 While Donald Trump might be well known now for putting his name all over his buildings, he certainly isn’t the first to do so. Head back to the Elizabethan period and you can find another example of someone who wanted you to know who they were. Bess of Hardwick had an interesting life that led her to be one of the more powerful people in England. Indeed her daughter could conceivably have been queen. That wasn’t to be but Bess acquired a substantial estate and built an impressive house on it. 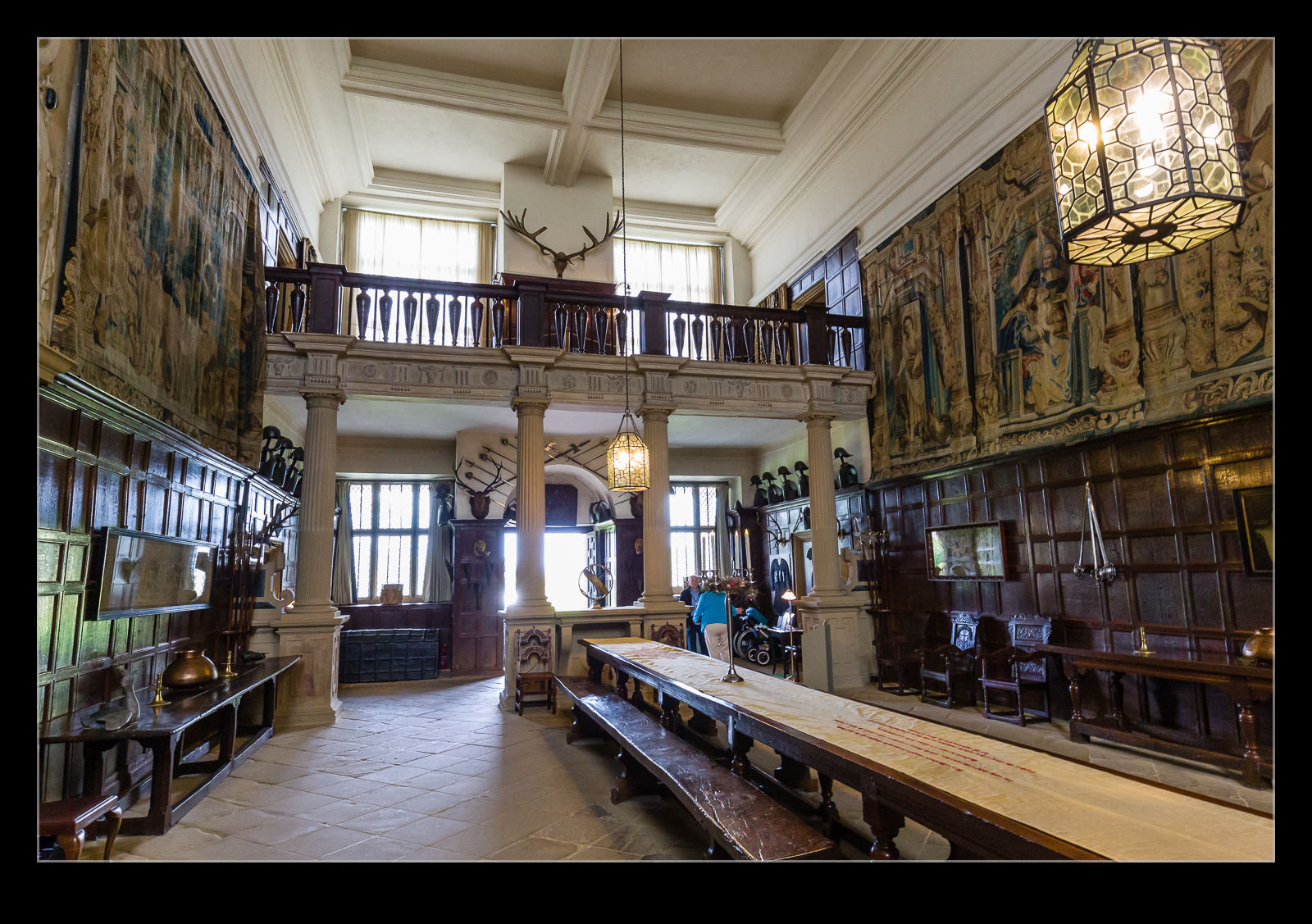 Hardwick Hall is just outside Chesterfield (home to a church with a twisted spire that is worthy of a post of its own if I had only got close enough to get a shot of it). There is a new Hall and an old Hall. The new hall is only new in relative terms but it is a grand affair. For fans of the Harry Potter movies, it is Malfoy Manor although a certain amount of CGI added elements to the actual structure. You approach along a road that loops around the back of the house and gives you plenty of time to appreciate its grandeur. Once you are closer, you walk through a small enclosure of estate buildings and past the ruins of the old hall. They were both used at the same time but the old hall fell out of use and has deteriorated accordingly. 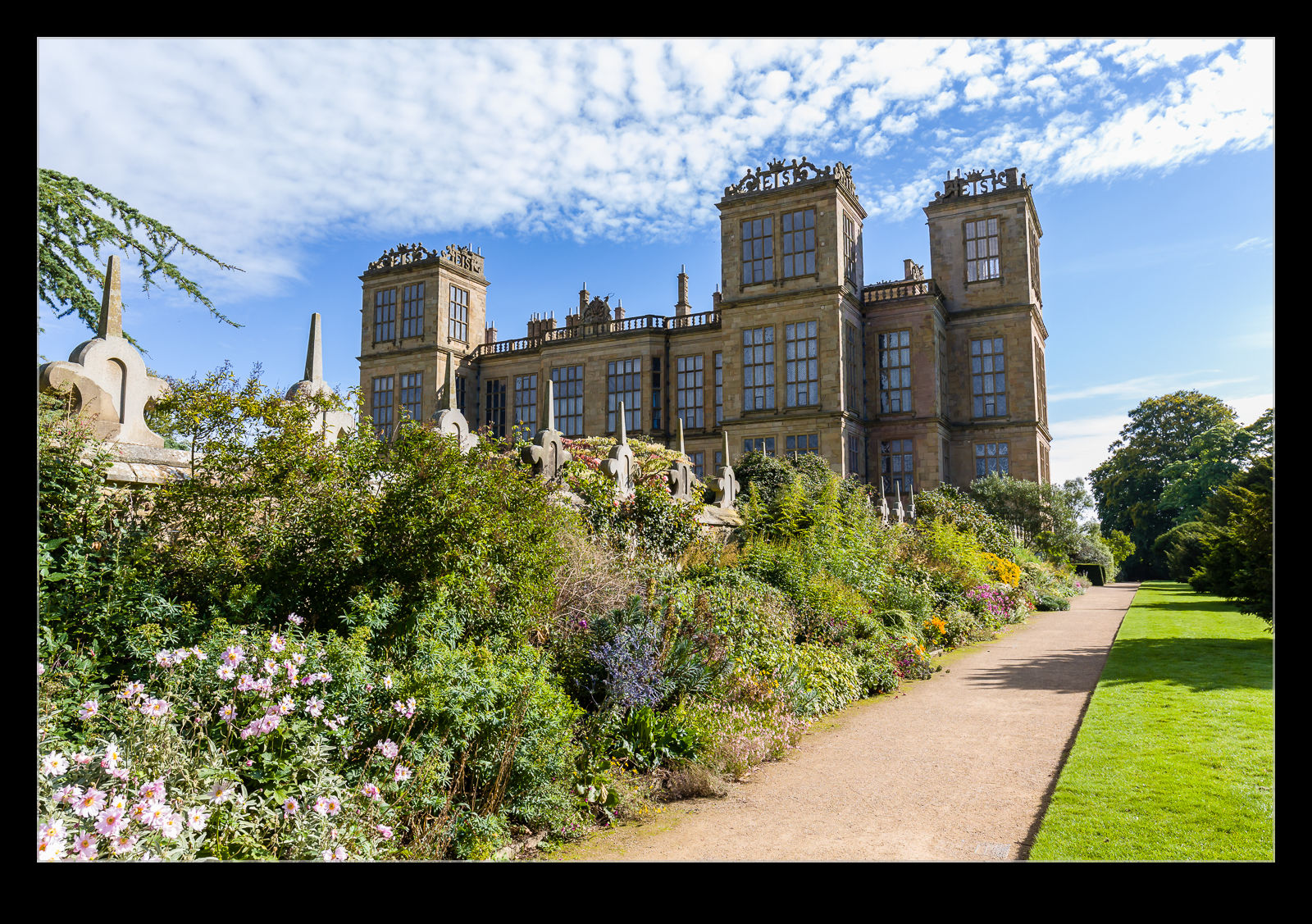 We only briefly looked inside but there was a great introductory talk about the history of Bess and the hall which was well worthwhile. We also got to look around the grounds and also appreciate the view over the valley below. Until the M1 was built, I imagine the view was pretty unspoiled! The building itself has an inordinate amount of window space for its time. This was a statement of how important Bess thought herself to be and if you look to the roofline, her initials are all along the tops of the walls. I guess she wasn’t a shy person. 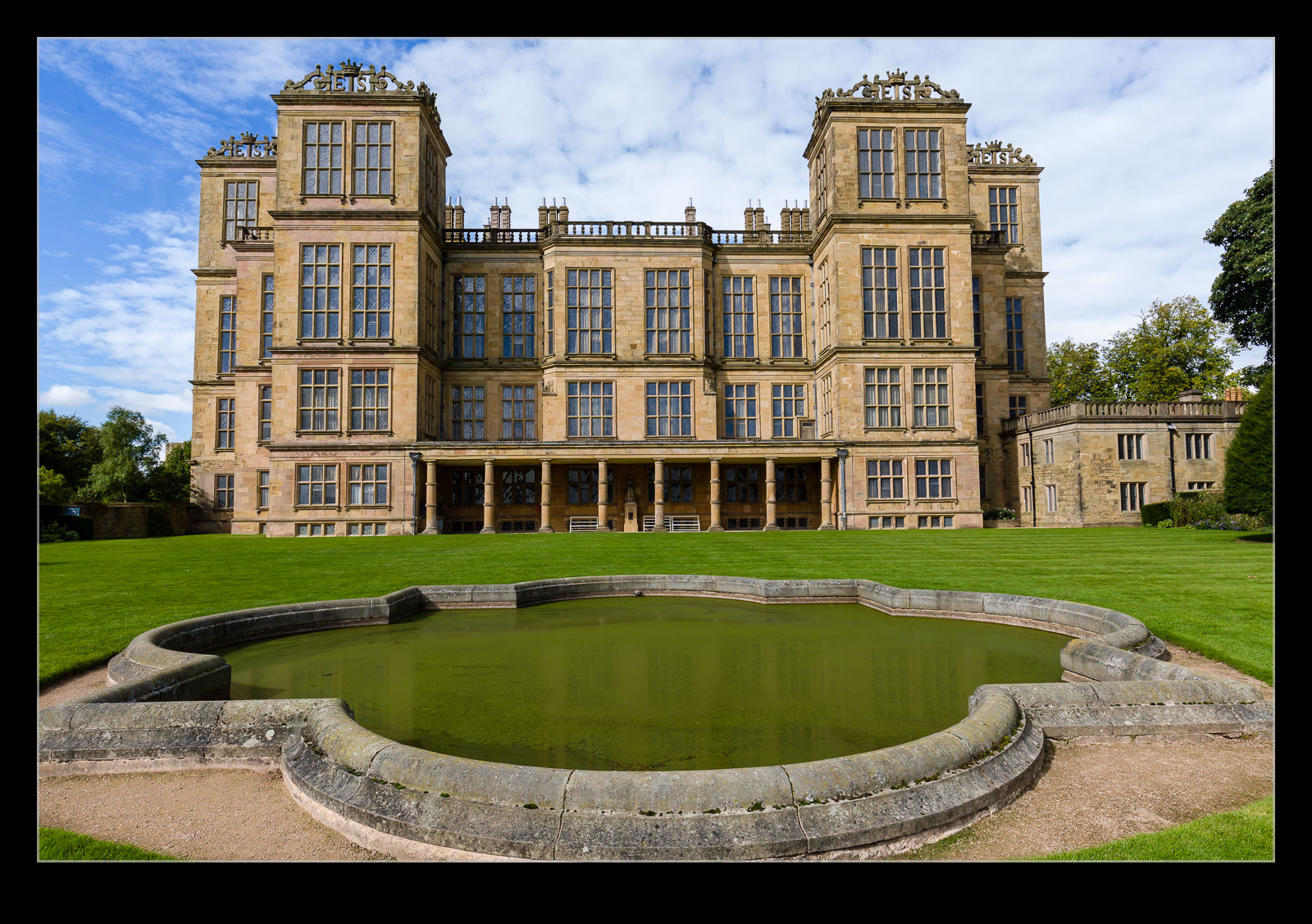