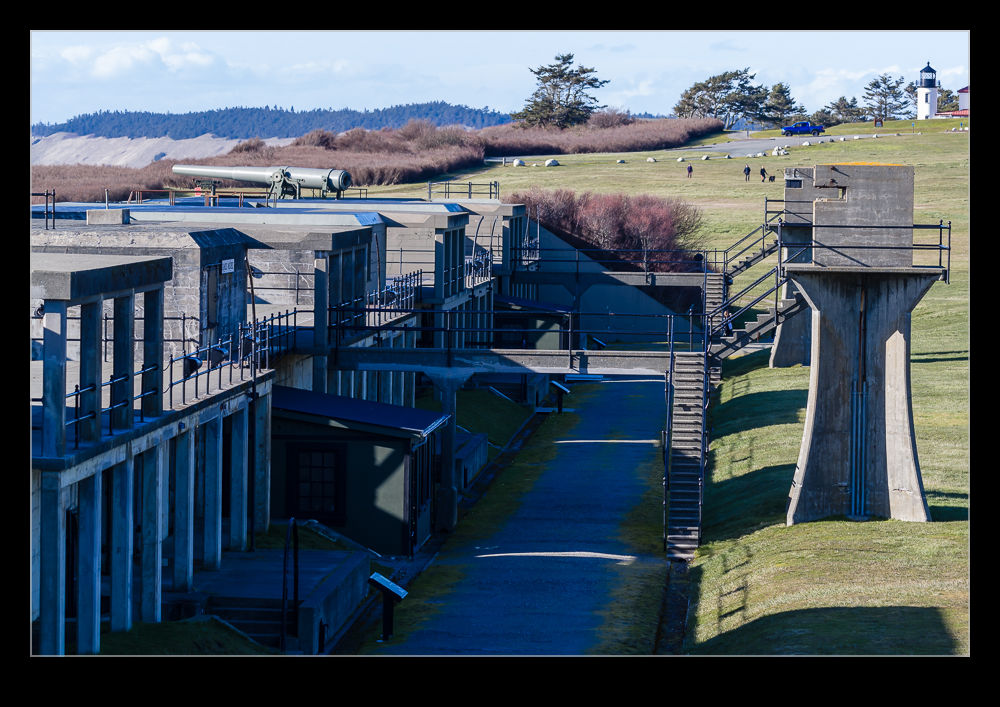 I posted about the lighthouse at Fort Casey here but the fort is obviously a lot more than just a lighthouse.  It was built to defend Puget Sound and this meant some big gun emplacements.  Much like similar emplacements along the west coast, most of the hardware is now long gone but some has been kept in place to show how things once were.  The emplacements themselves are pretty substantial and are well maintained by the park team.  With the guns gone, you see just how big the space taken up by the guns was. 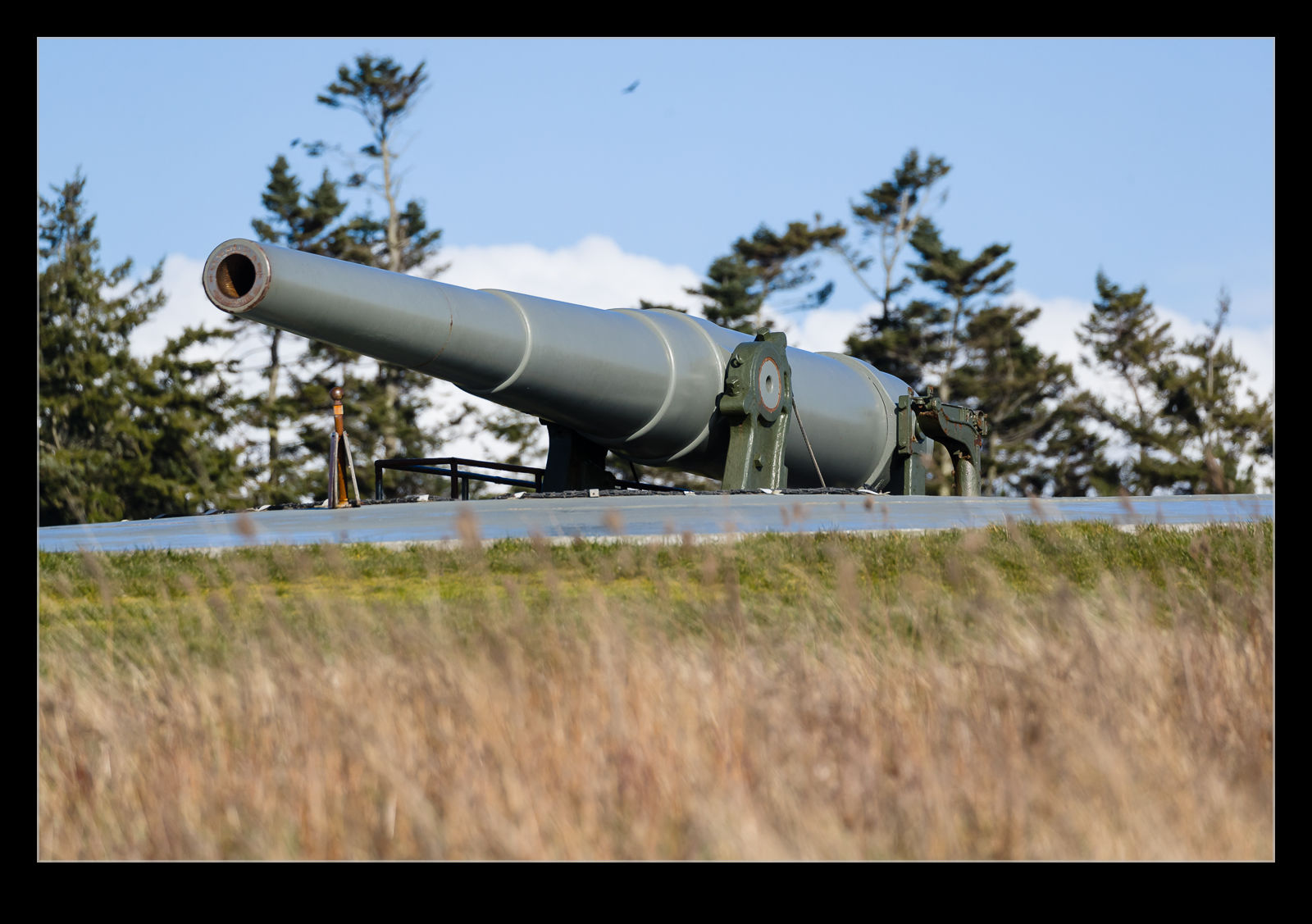 Meanwhile, a couple of installations are still equipped.  One has a gun elevated to the firing position while the other has the mechanism retracted.  The complexity of the gearing to raise, lower, elevate and rotate the guns is old school engineering at its best. 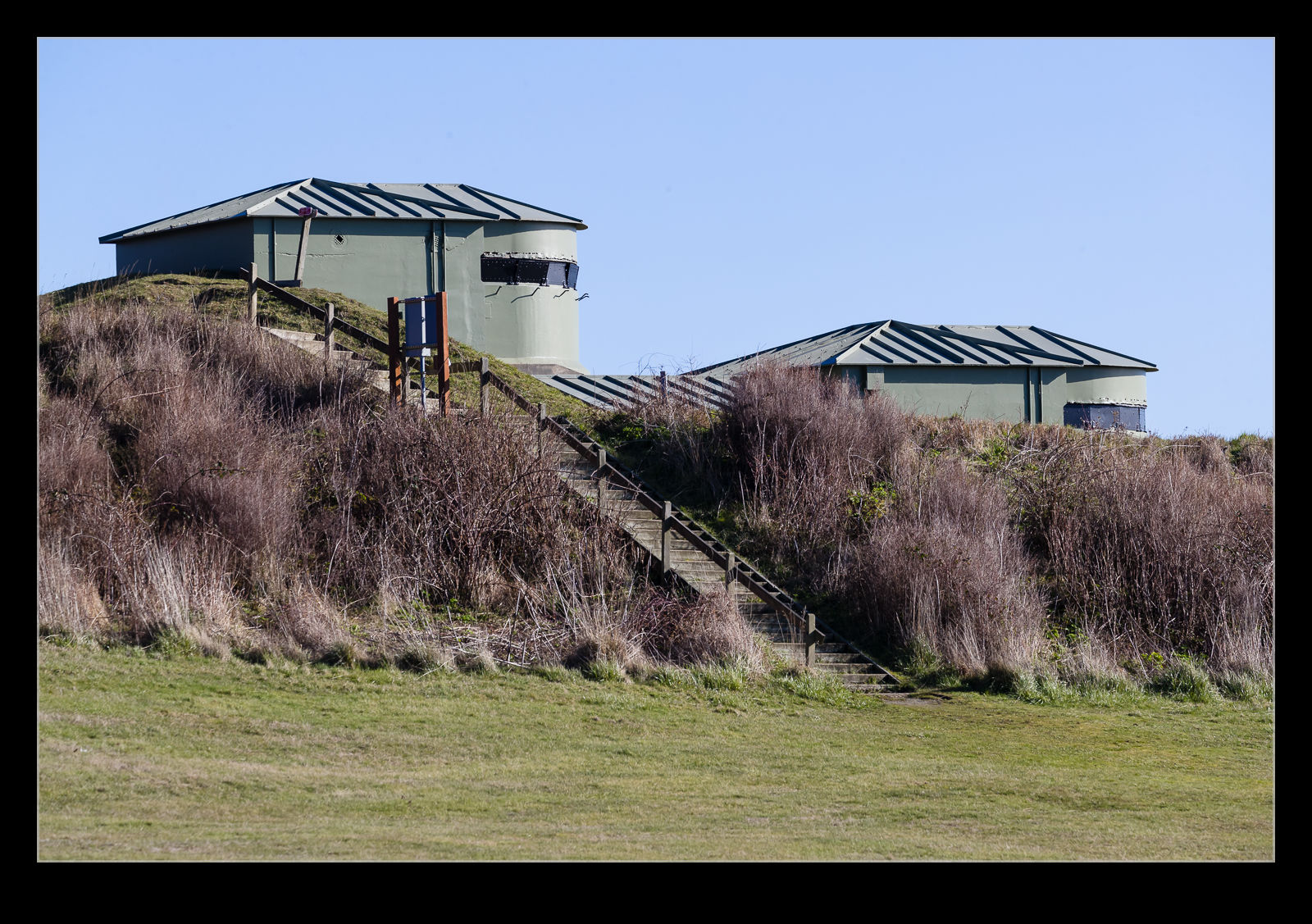 Behind the guns are some of the spotting towers.  From here the crews would have identified targets and called in the sighting requirements to the gun crews for them to engage.  They are painted green to blend in with the background since they would have been a primary target for any invaders.  As it happened, no-one came so these forts never engaged any enemies. 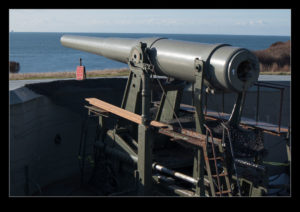 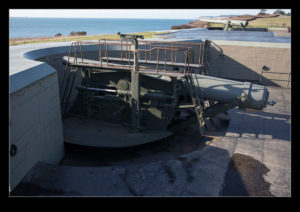 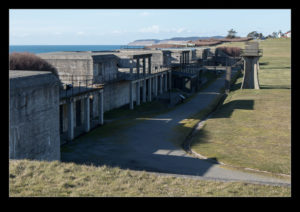 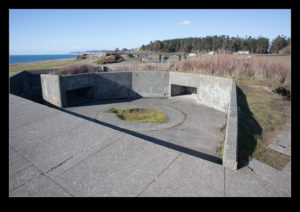