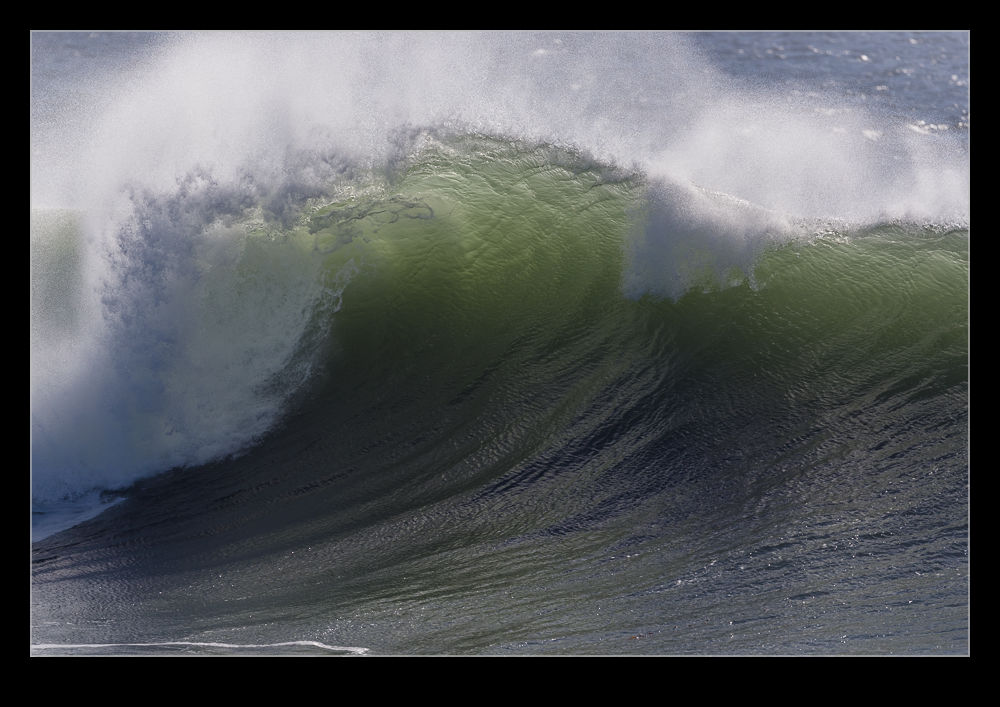 Watching the surfers trying to catch the big waves was cool but, even when they didn’t make it, I wasn’t disappointed.  The waves themselves were fantastic to watch.  The color of the water as the waves built up as they came into the shallows and then became unstable and broke was fantastic.  The spray from the breaking wave would fly back up the face of the wave and over the crest.  Sometimes you would briefly see into the tube and the wave rolled towards us.  Fantastic stuff and so powerful! 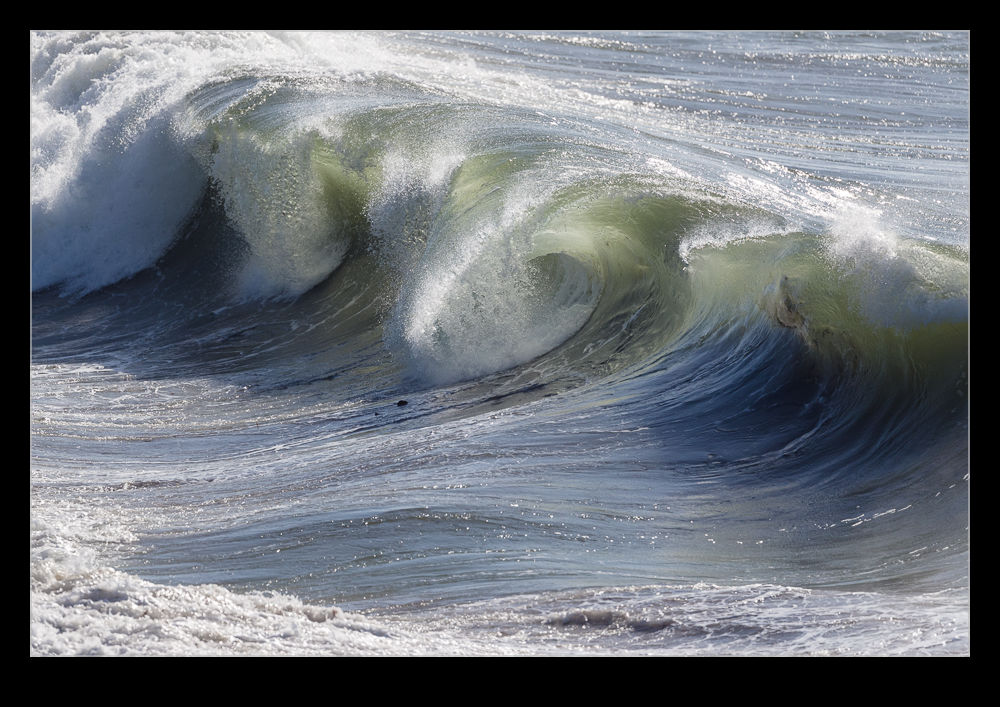 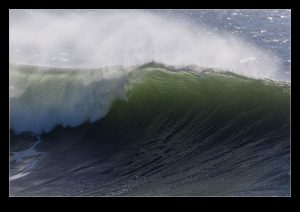 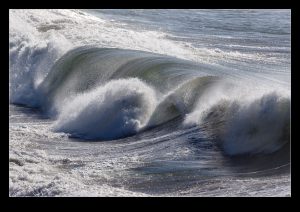