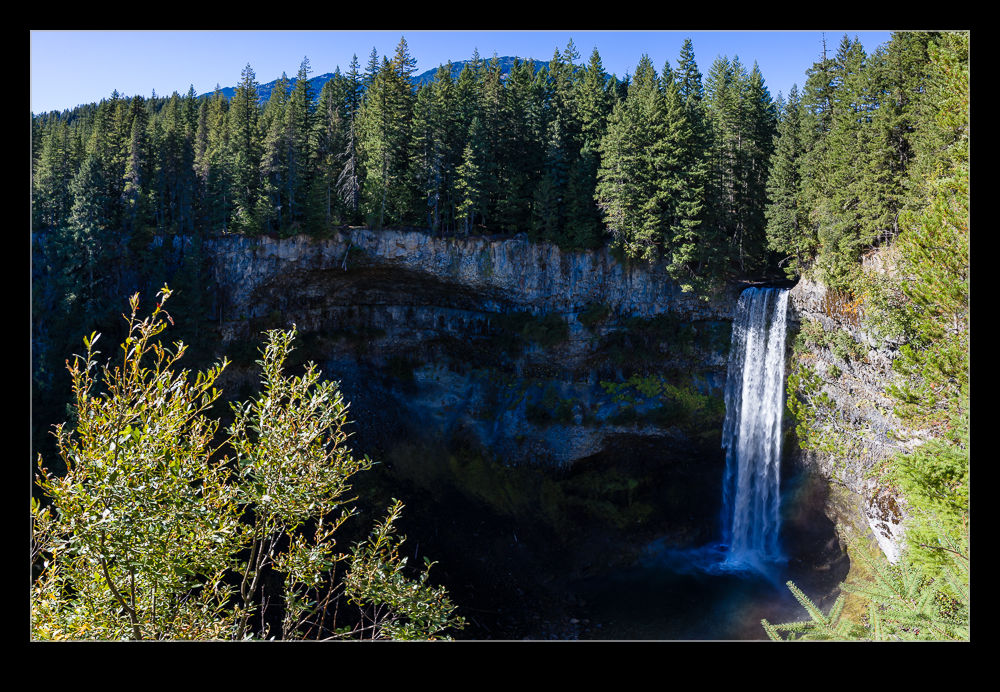 We took a trip up to Whistler for a long weekend.  On the drive up there, we went past Brandywine Falls Provincial Park.  The falls themselves were actually pretty close to the highway so this did not involve a particularly strenuous hike.  However, after being in the car for a long drive, it was nice to get out and stretch the legs.  Besides, it was a lovely day. 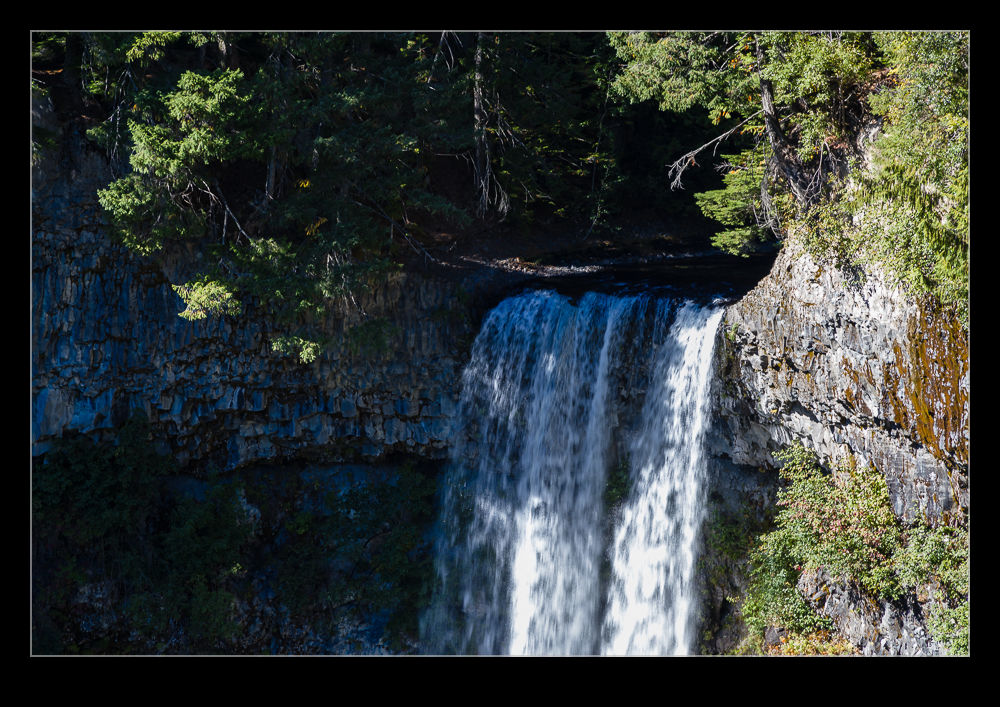 I was not anticipating the falls being very full given the time of year but it turns out they must have a reasonably good source of water and they were flowing strongly.  The park has built a viewing deck that allows visitors to get out to the edge in safety and get a good view of the falls themselves.  The trail continues on for a way as well so you can look back at the falls from a variety of angles.  While it was later in the day, the light was still a bit tricky.  The falls were in deep shade while the sun was shining on the surrounding forest.  The contrast was harsh which meant the exposure was a compromise.  Modern sensors do have considerable latitude to accommodate this variation though.  It was possible to pull out details from both the highlights and the shadows within Lightroom. 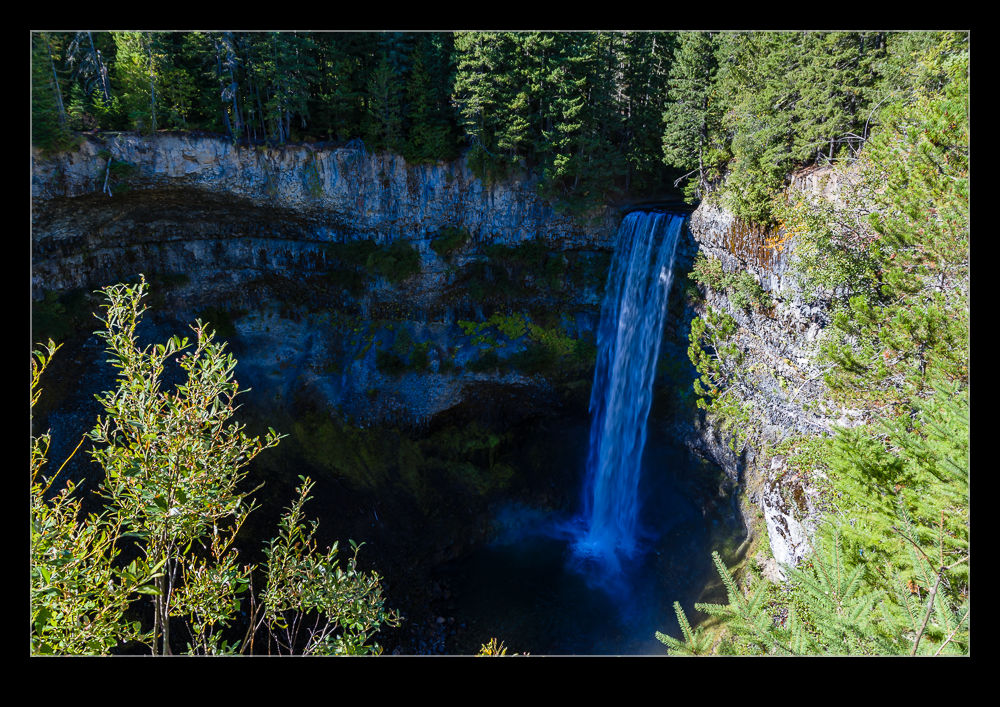