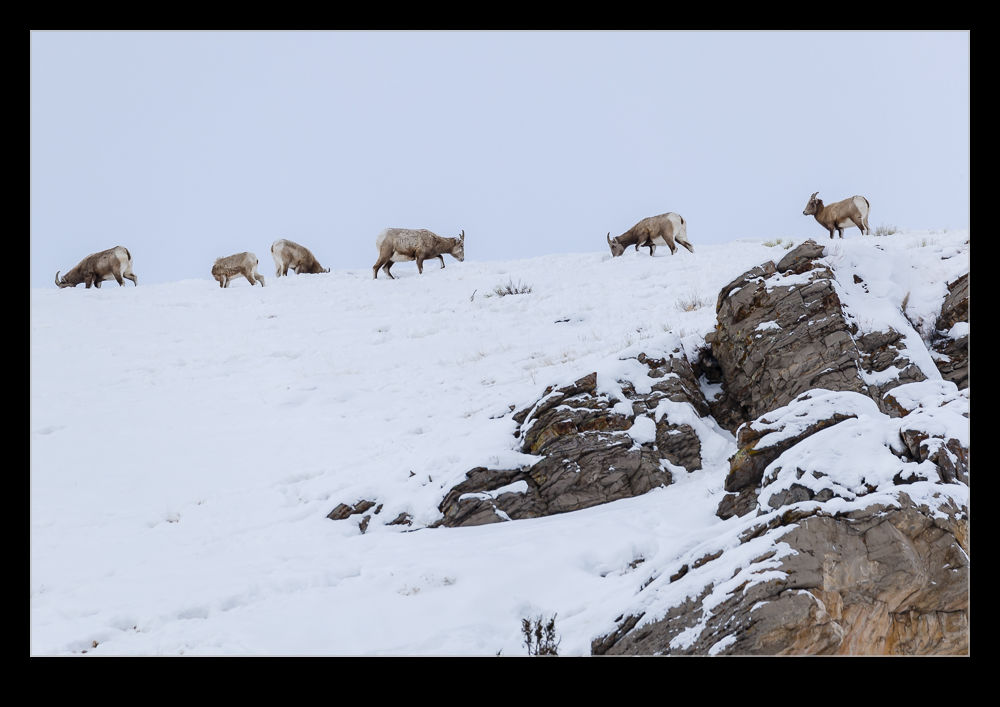 The end of our wildlife spotting trip in Jackson took us around the back of the elk refuge.  Alongside the road is a slope which is very popular with the Big Horn Sheep.  It has steep sides and food for them to graze on.  The terrain renders them safe from the predators that might otherwise bother them since they are the ones with the advantage on such a steep and craggy slope.  There were families of sheep scattered along the slope. 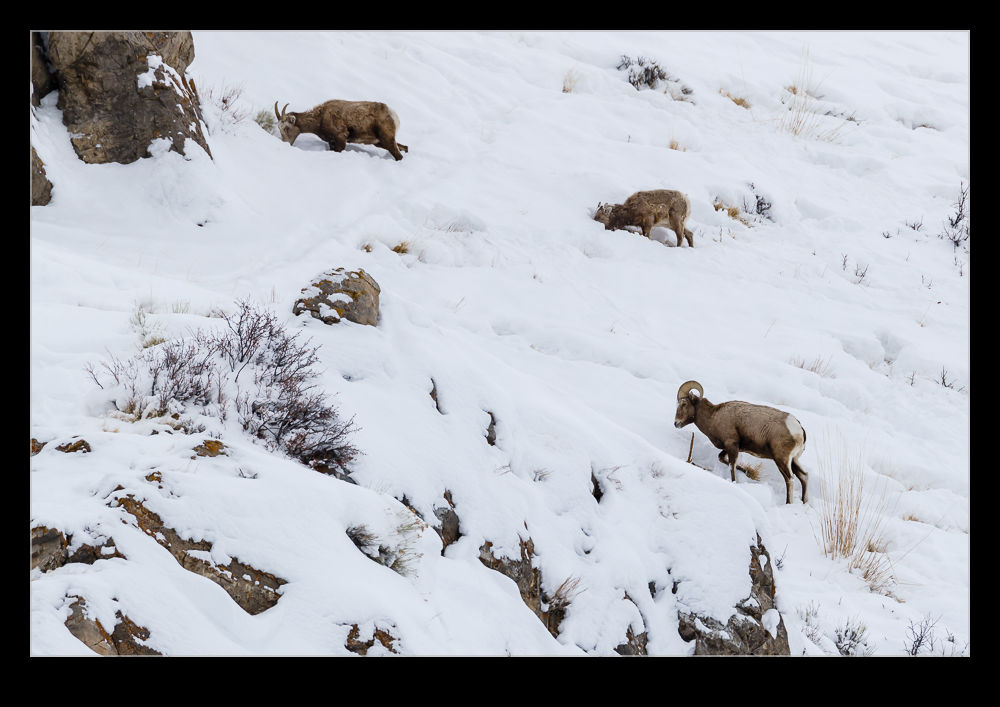 They weren’t very far away from us but, seeing as they are not large, they didn’t fill the viewfinder.  Our guide carried a spotting scope which gave us a really close view.  It also allowed you to get a quite impressive photo using only your cellphone since you could hold it up against the eyepiece.  I did shoot with the bigger camera too, though.  Some of the sheep moved up on to the ridge line where they were silhouetted for me to photograph.  It was fun to watch them move around as they were constantly walking to the next good food source all while they were perched on some pretty precarious spaces. 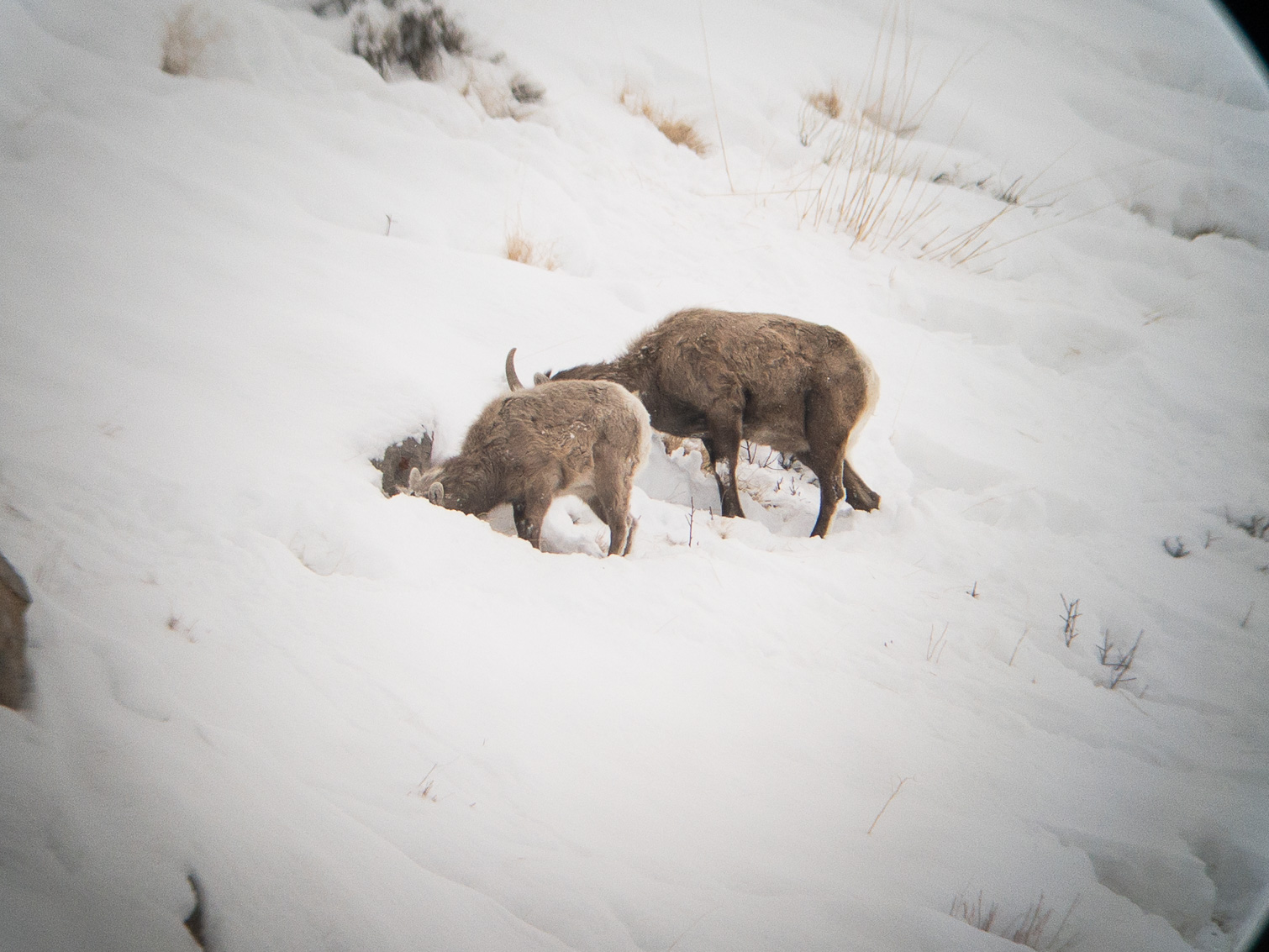 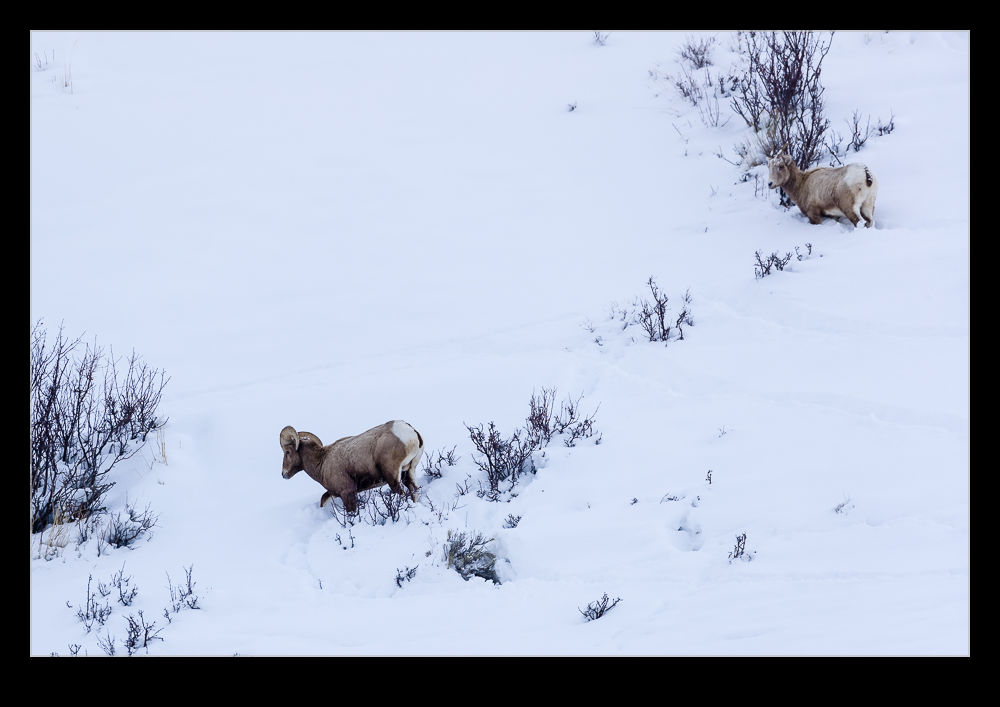