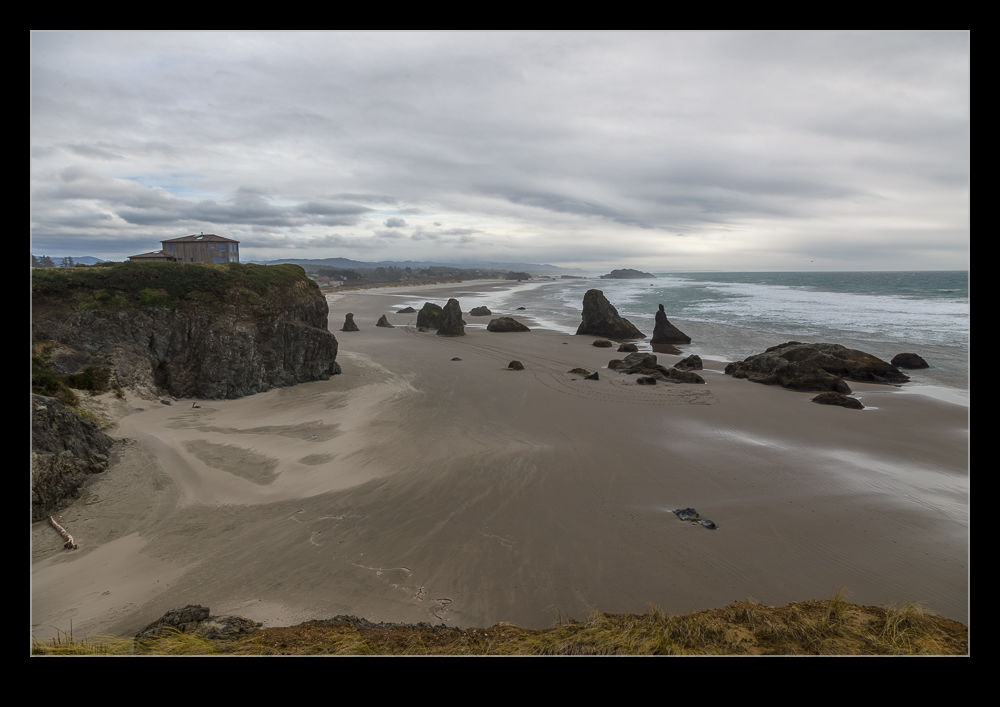 We did a bit of a road trip while in Oregon.  I was interested in seeing Bandon Beach again – we went there about ten years before but I didn’t remember much about it – and it was a couple of hours down the coast but we had a day when the weather was forecast to start out average and get better.  Therefore, a road trip seemed like a good idea.  It was quite fun seeing the different scenery as we headed down the coast but, after a while, the highway moved inland and we were getting a different type of view (or none at all for some parts of it). 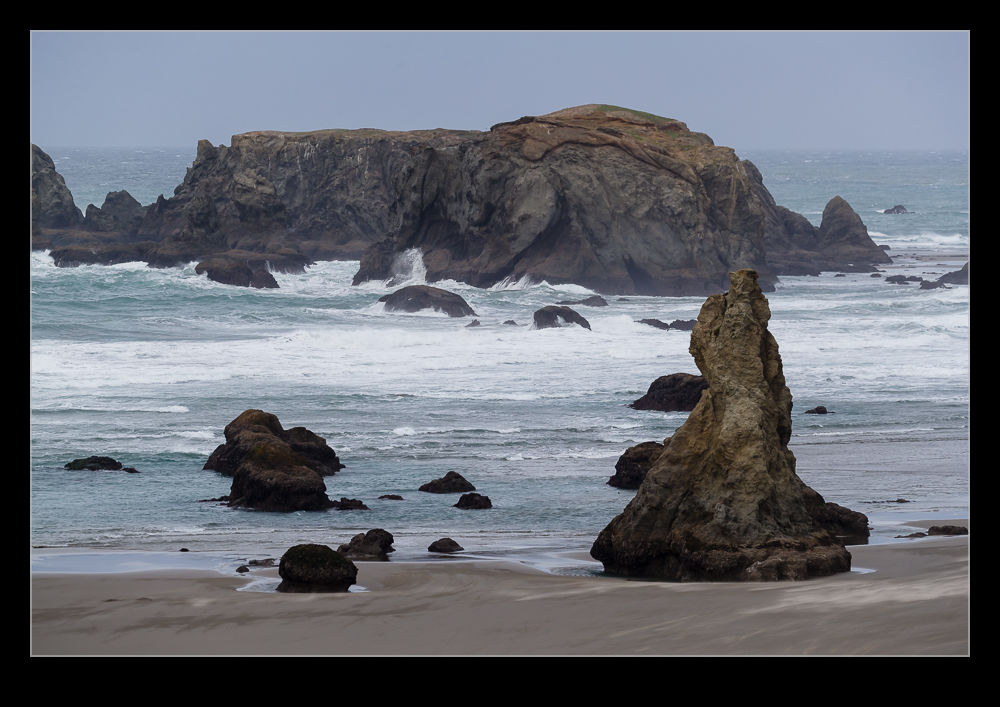 We got to Bandon and checked out the view from different parts of the coastline.  However, while the light was pretty good, I had not anticipated just how windy it was going to be.  As I stood on the overlook checking out the beach, I was getting absolutely pummeled by the wind.  It was hard to stand upright let alone hold the camera steady.  Of course, if the picture ends up being sharp, there is nothing in it that would indicate how the conditions were. 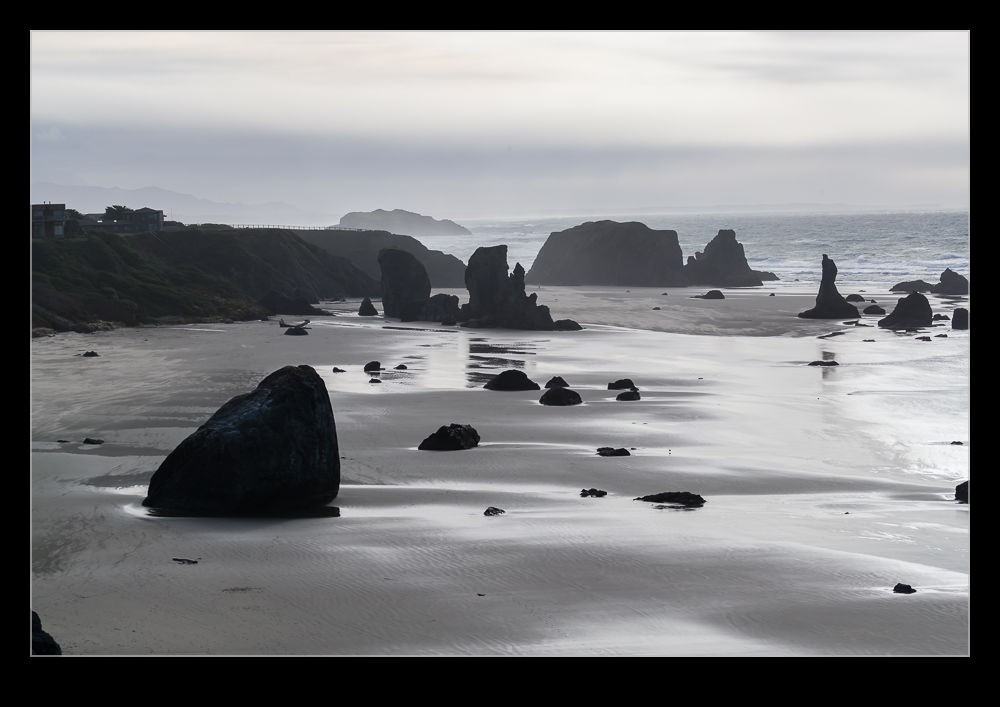 Bandon is like a lot of the Oregon coastline in that it has large rock stacks sitting on or just off the beach.  These make the area rather popular with landscape photographers.  An early morning start and the use of tripods and strong neutral density filters is going to be pretty common here I would imagine.  That was not what I was here for.  I didn’t even venture down to the beach.  Given how hard the wind was blowing, it didn’t seem like it would be the relaxing beach stroll that I would have liked so I was content to enjoy the view from up on the bluffs.  Besides, we had the drive back to consider as well.