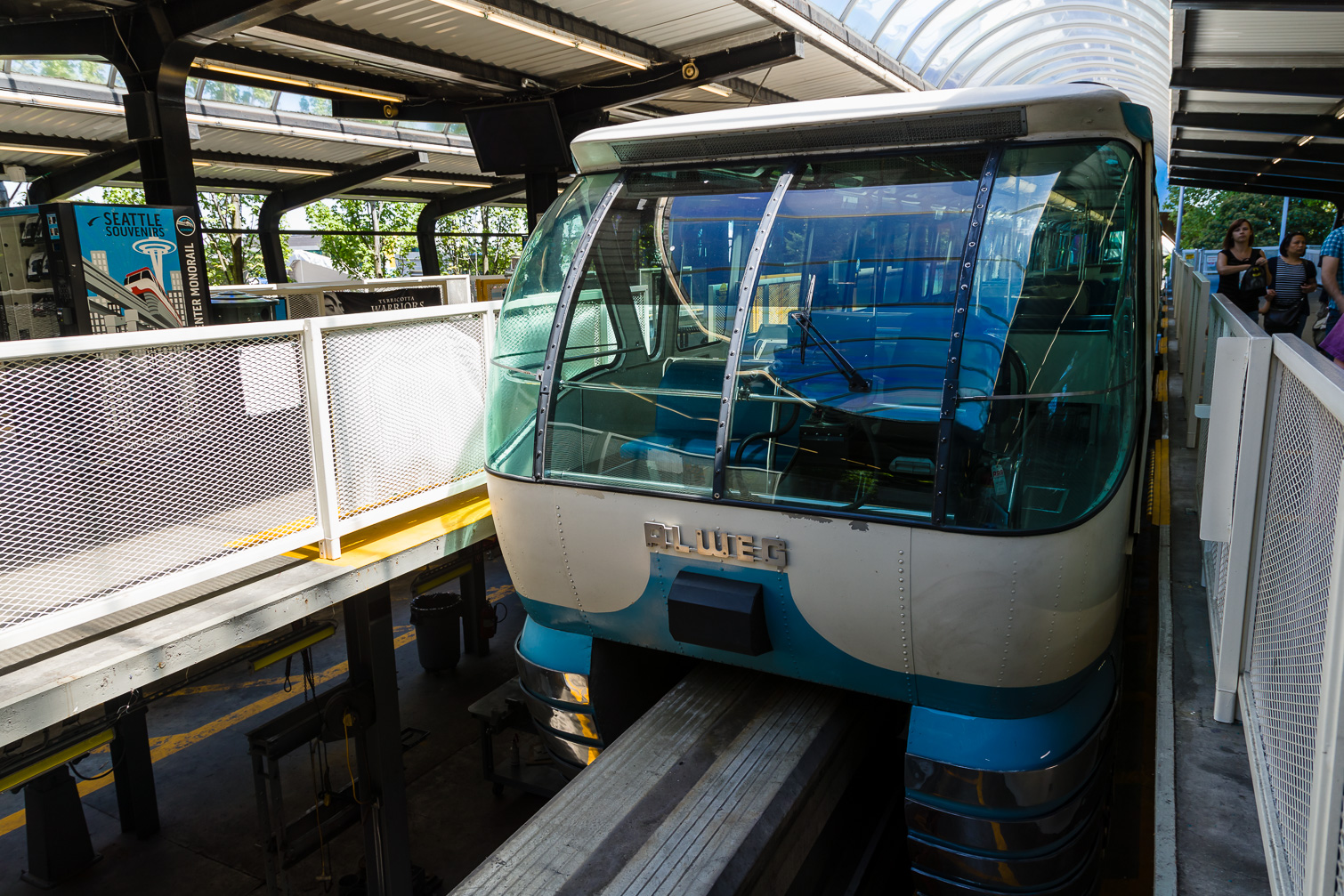 Cast your mind back to 1962 (if you are old enough to do so).  What were your preferred modes of transport then?  Do you still drive the same car?  Probably not.  That was the year the Seattle Monorail opened to serve the World’s Fair.  It is still going strong.  The original cars are still in use although they have had some upgrades over the years and are planned to have some more.  The styling is certainly of their time but they continue to prove to be a popular tourist attraction – the fifth most popular attraction in Washington apparently.  There are two trains which operate at peak times, the red and the blue train.  The journey is not a long one and it isn’t too cheap but it is part of a visit to Seattle to check it out.  Plus, it was going where I wanted to go! 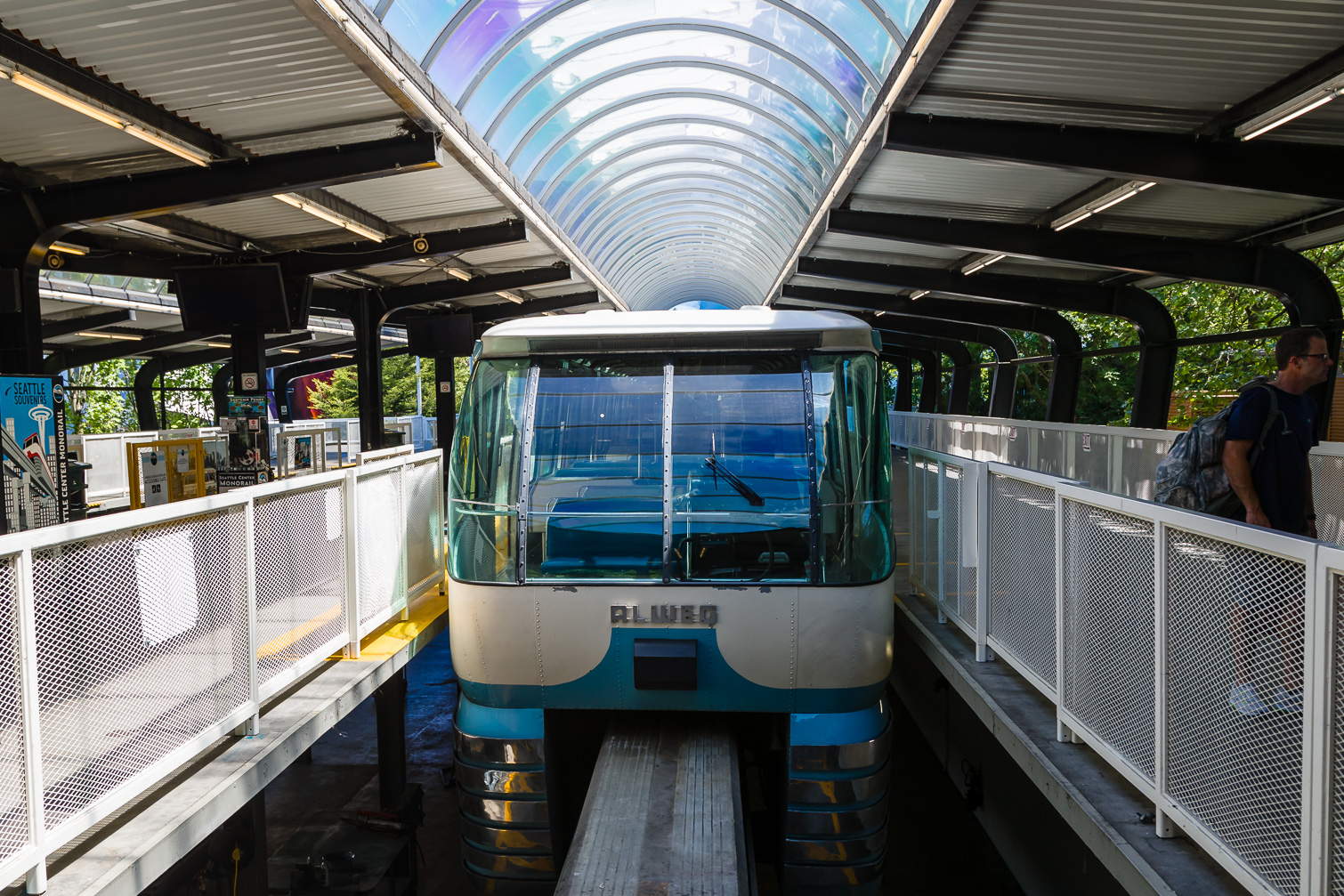