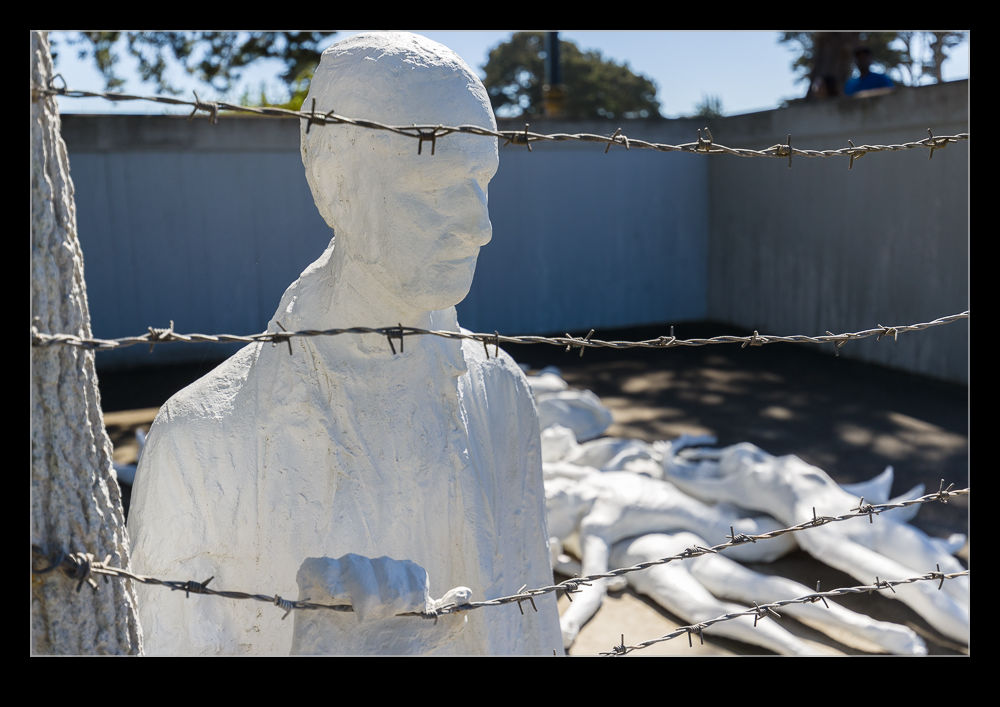 After our trip around the Legion of Honor, we took a stroll around the grounds by the museum.  The majority of the land is taken up with a golf course – a sad use for some great open space in the city – but, as we walked around the sidewalk, there was a sign for a holocaust memorial.  We figured we would take a look.  We were anticipating some sort of plaque or a wall.  We weren’t prepared for what was actually there. 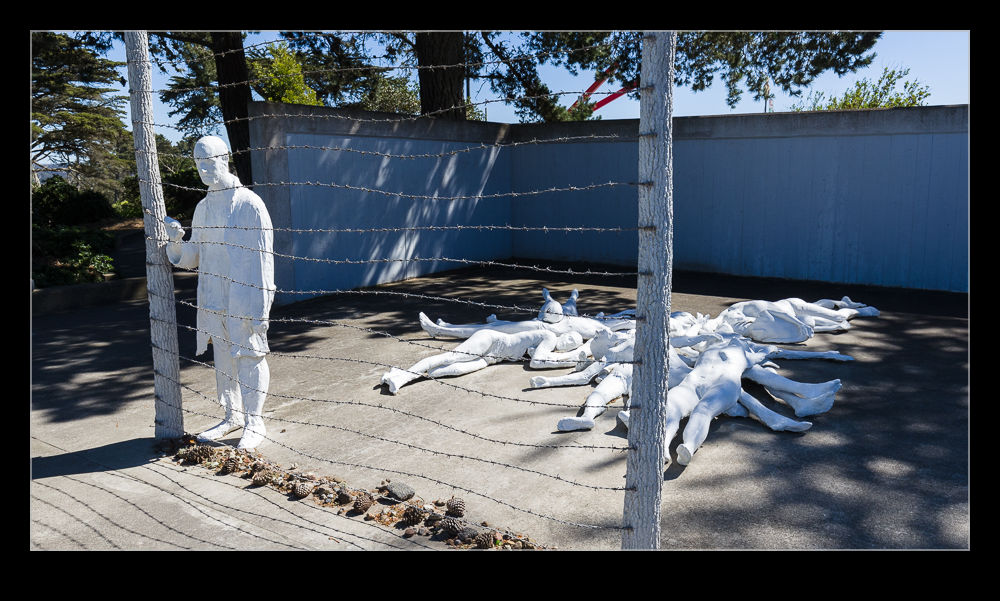 Tucked behind a wall was a sculpture that really made you stop.  A solitary figure stood behind a barbed wire fence while many bodies lay on the ground behind him.  It was striking.  I know I had been anticipating something straightforward so the contrast was marked but, even so, the effect when I first saw the memorial was dramatic.  It really struck you hard.  I hope the pictures provide even a hint of how effective the memorial was. 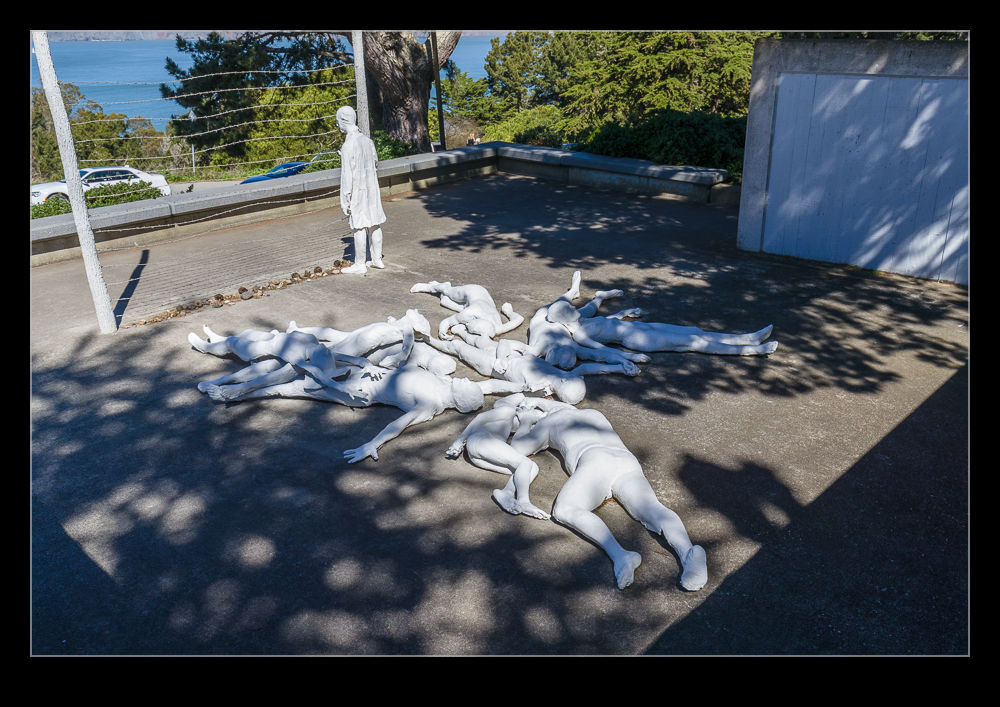