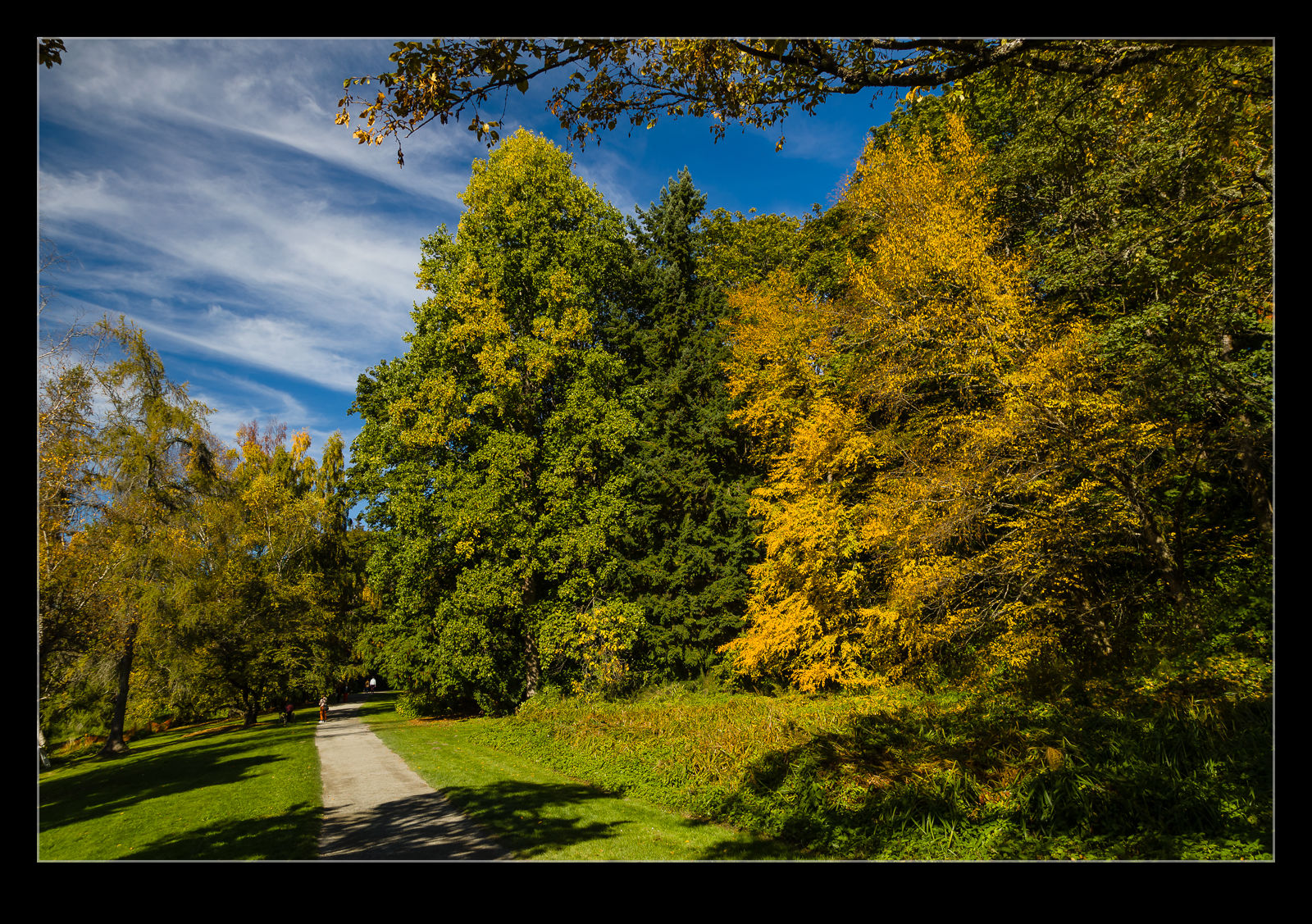 Wherever we live, we tend to end up at the arboretum and Seattle is no exception.  The Washington Park Arboretum is near the university (and I think the university has something to do with managing it) and close to Lake Washington.  We paid it a visit at the beginning of Fall with some hope of seeing a bit of color in the trees.  The layout of the arboretum is rather long and thin so, while you have a choice of paths, you tend to make an out and back trip as you walk around. 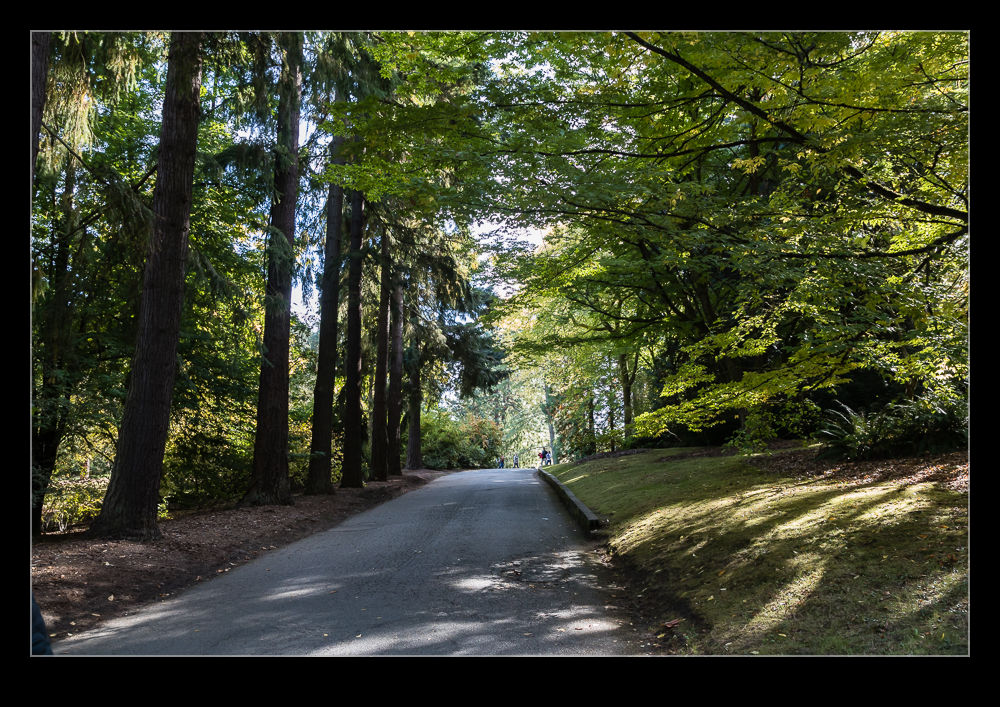 We chose a good day to be there with the sun out and the colors shown at their best but we were either a little early for the full fall colors or the types of trees there were not the sort to turn too dramatically.  This wasn’t a hindrance for us, though.  Walking through the trees was really great and surprisingly peaceful given how many people were there.  When we turned back, we took a larger path and that had a lot more people on it so maybe our choice of outbound trail was a good one for avoiding the crowds. 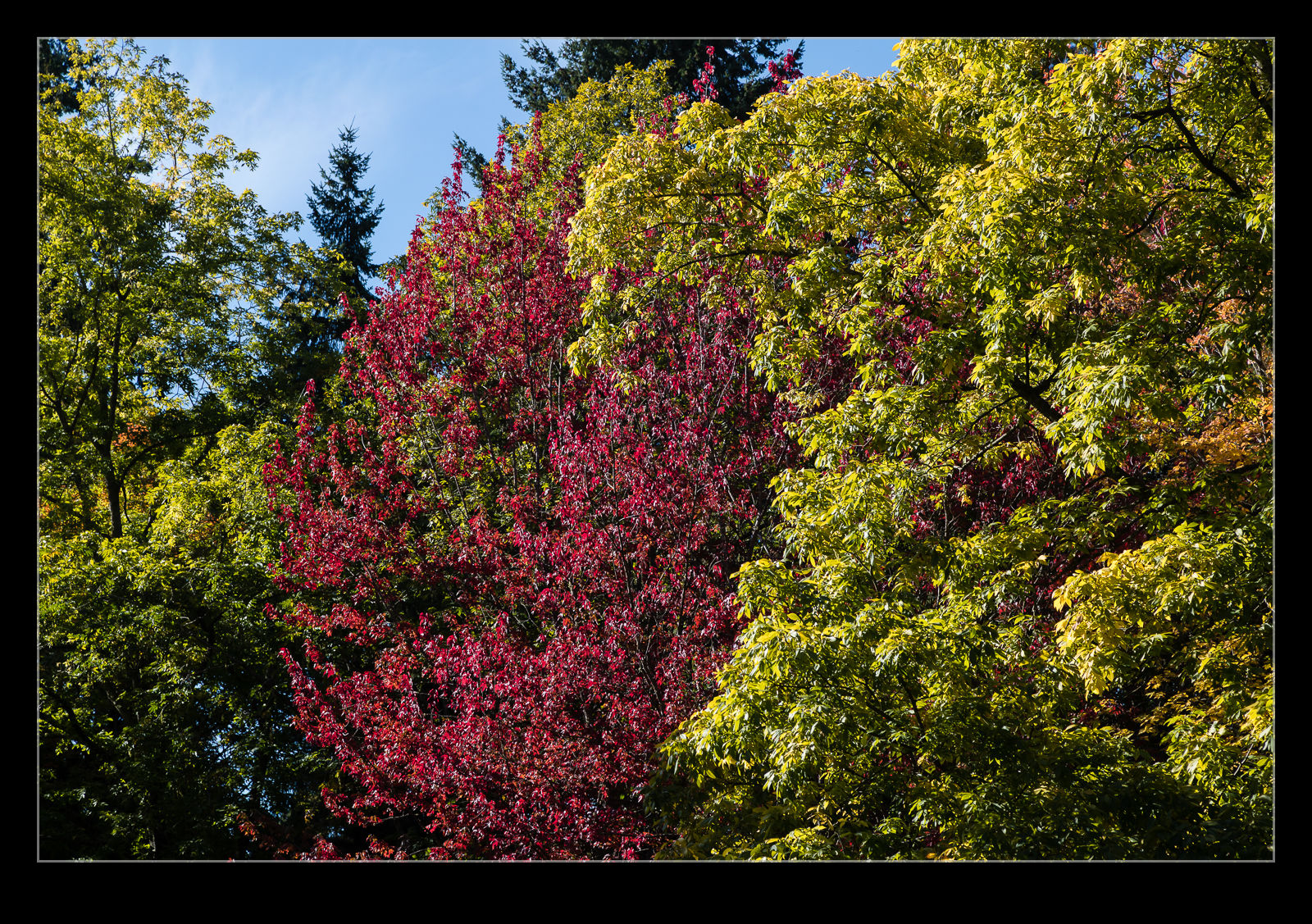 One end of the arboretum comes up to the lake.  It is rather close to the SR520 bridge across the lake so not normally the most peaceful of spots.  On this weekend, they were carrying out part of the rebuilding program on the bridge so it was closed one way and things were a bit quieter.  Any other day, though, and I suspect that the noise would be rather obvious. 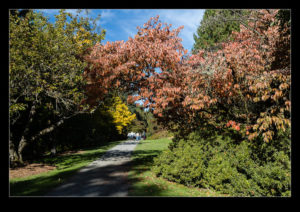 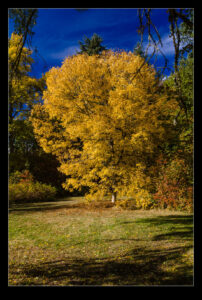 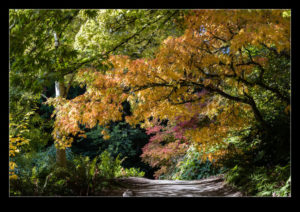 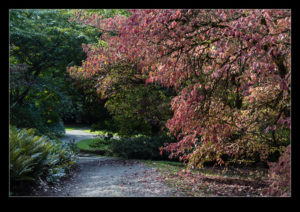 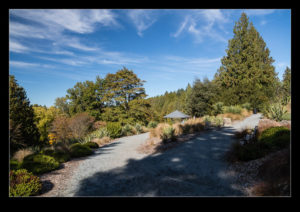 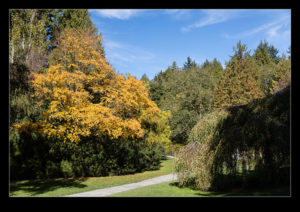 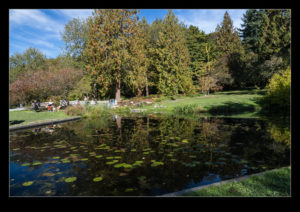 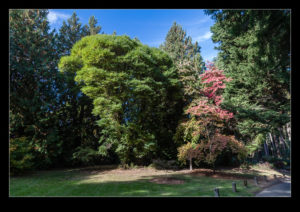