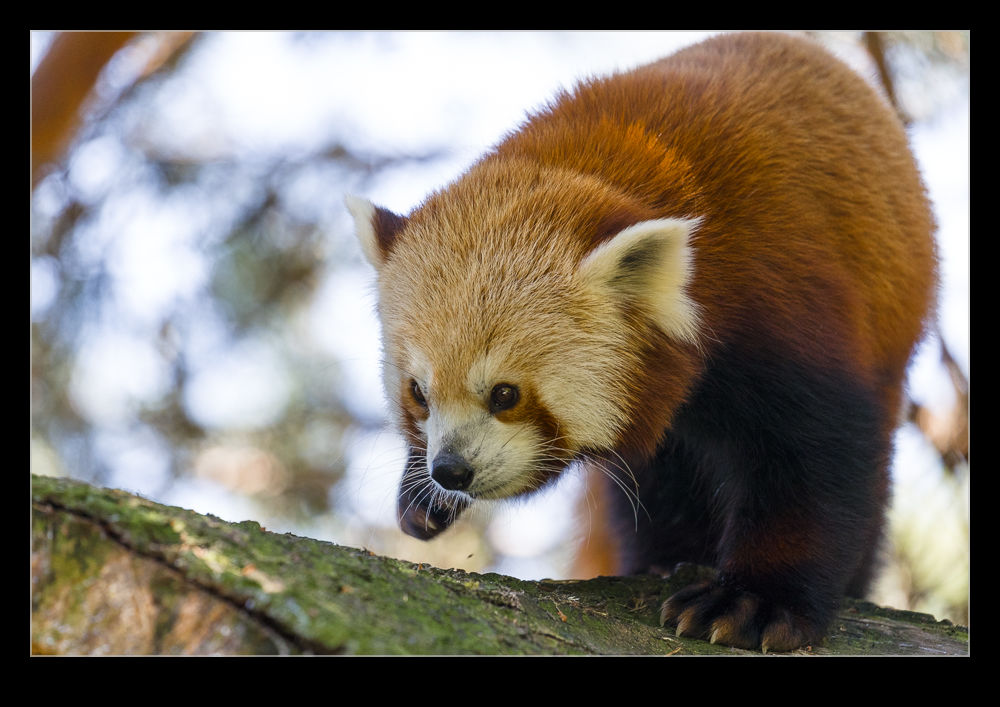 Visiting the zoo is often a game of hide and seek with the animals.  They live according to their normal schedules and are not inclined to be active just because you happen to be there.  They also will find a favored location in their enclosure which is not putting them on display to the animals on the other side of the glass.  You may catch a glimpse of something sleeping in a shadowy space or you may wonder whether the animal is even in there. 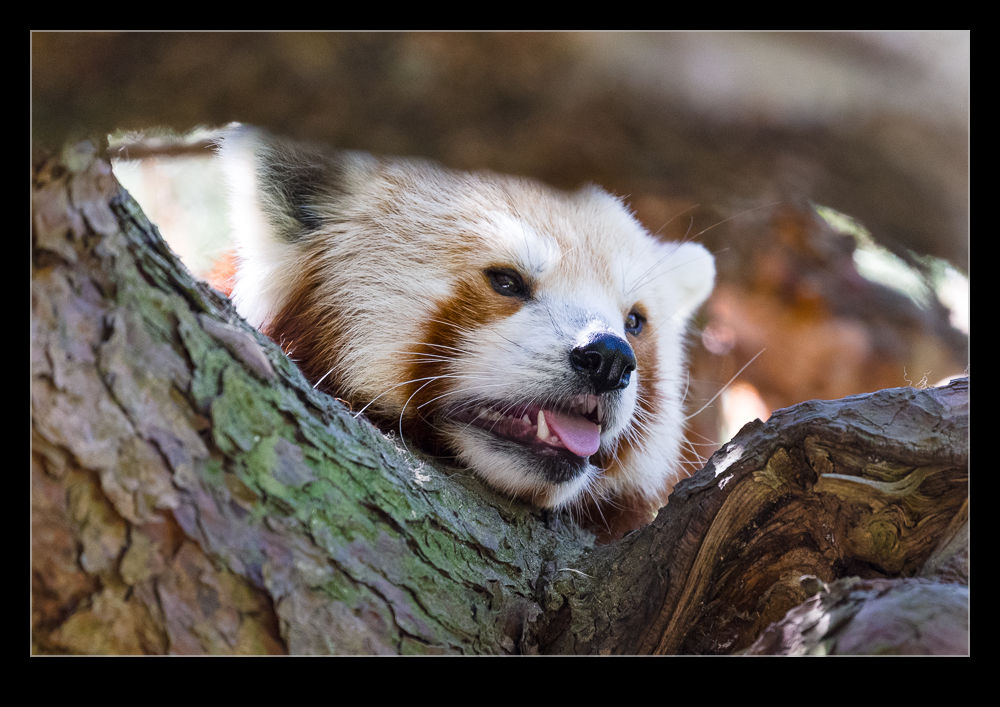 When we got to the red panda enclosure, I was half expecting to not see very much.  I figured this would be another reclusive creature.  I was wrong.  I don’t know whether they are naturally energetic creatures, whether they are curious about their visitors or whether some unseen motivation is given to them to get out there but these guys were the exact opposite of what I had anticipated.  They had a number of trees within their space and they were very happy to zip around through the branches.  This often brought them right up front to where the visitors were standing.  They would happily motor about, stare at the people, head back, disappear for a while before reappearing and repeating the process.  Their public was suitably appreciative. 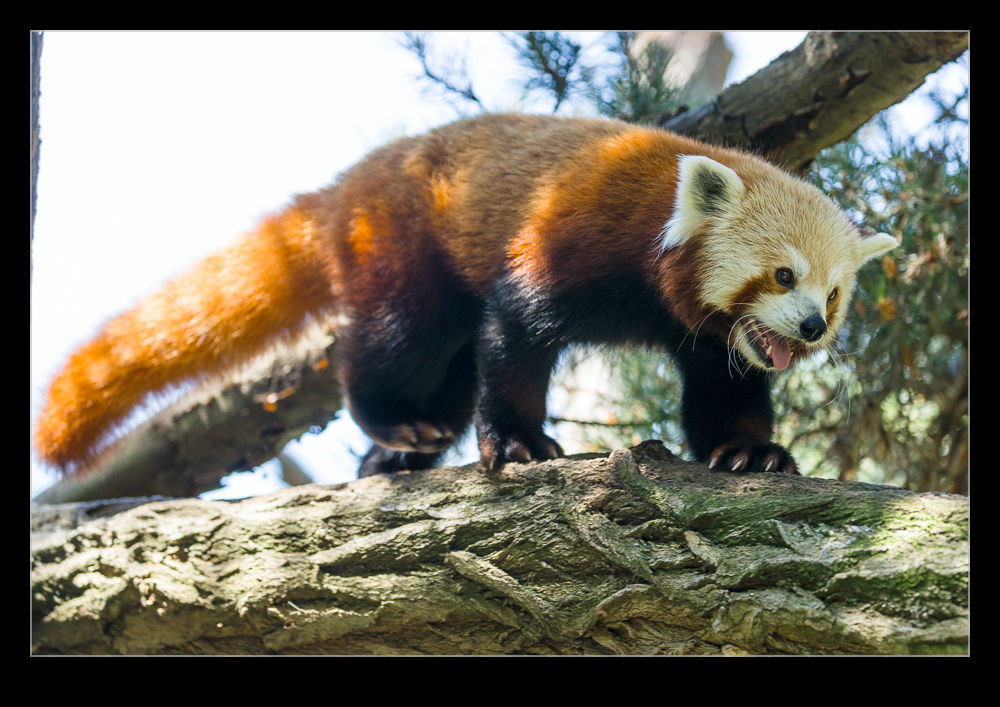