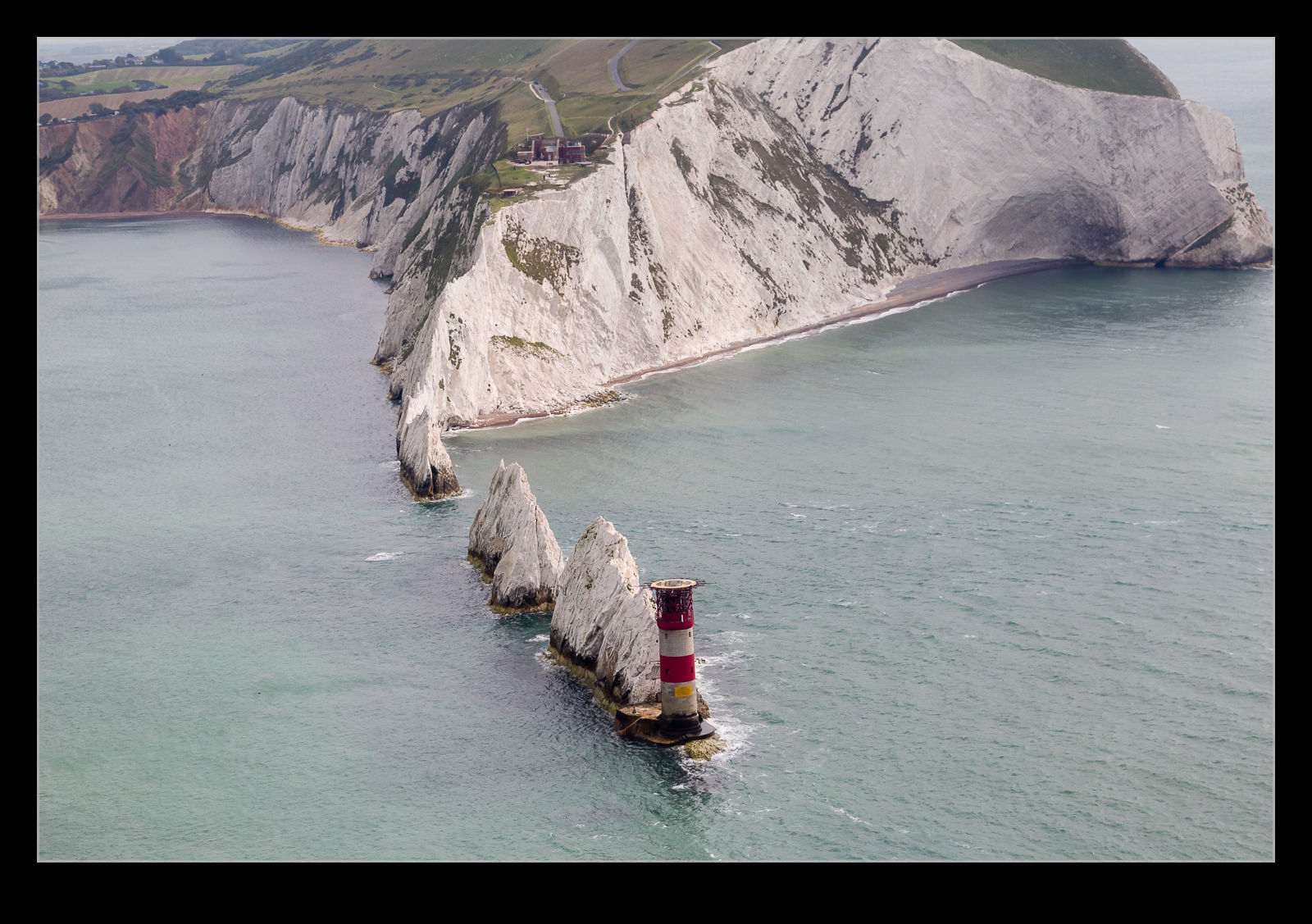 The Isle of Wight is an island on the south coast of England. It is where I spent a large portion of my childhood and my mum lives there now. It is a very pretty place and a popular tourist destination. The Island has a chalk spine which, at its western end, is marked by a rocky outcrop called The Needles. This is one of the more recognizable features of the Island. A number of chalk columns rise out of the water at the end of the headland near Alum Bay. One of them was actually a thin needle shape but that fell in to the sea decades ago. However, the name has stuck. 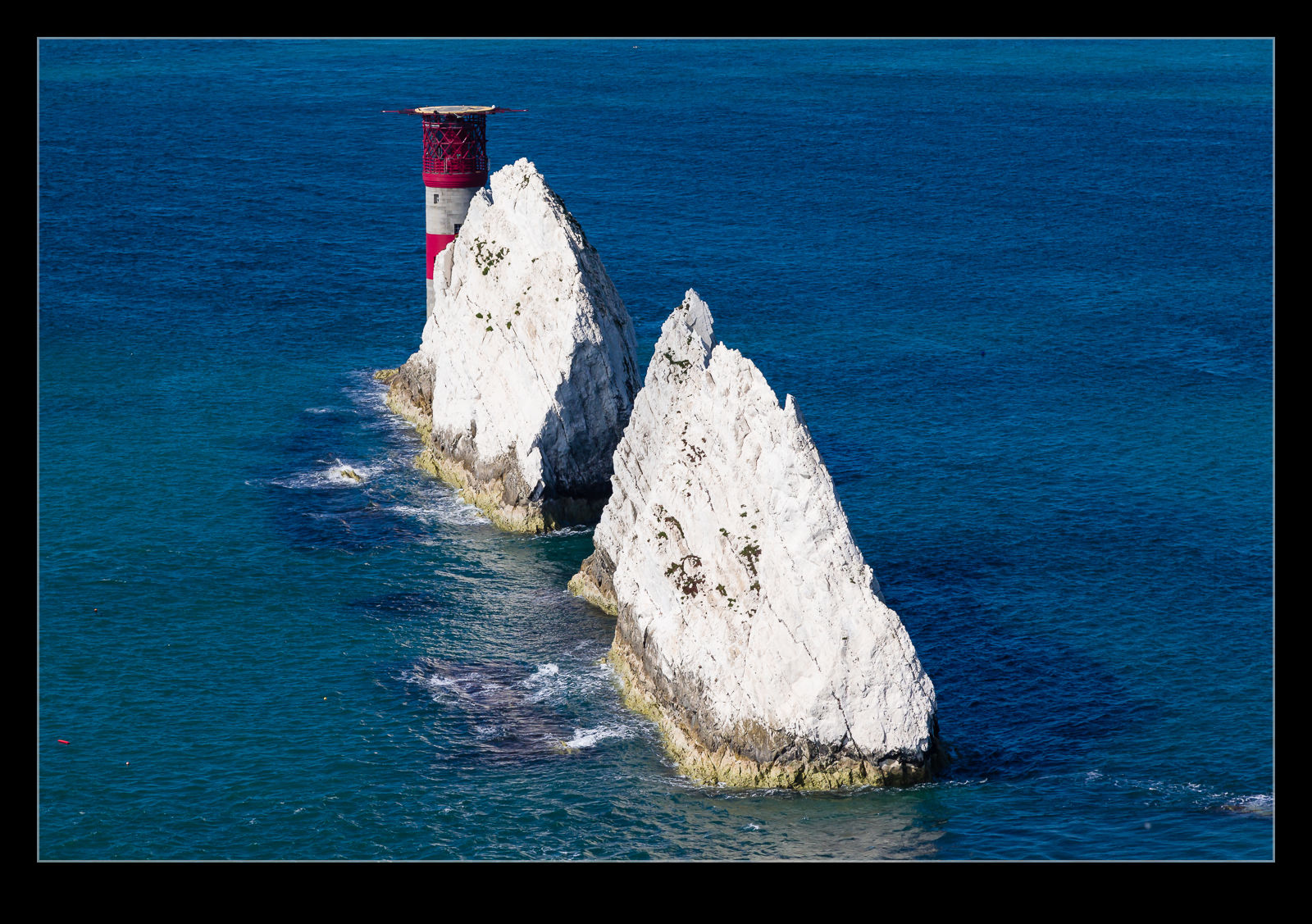 The area has been treacherous for shipping over the years so a lighthouse is on the end of the rocks. When I was young, this was manned permanently and the crews had to access it by boat. Then a helipad was built on top to make access more reliable. Now the light is automated so there is no need for a permanent crew. The view of the Needles from the cliff top is very cool on a sunny day. We had great weather to see it. I also got to fly over the top so some of these shots are from a view that is not available to everyone. Many thanks to Pete, my pilot for the trip. 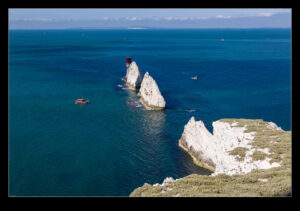 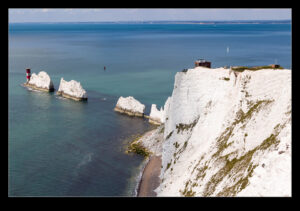 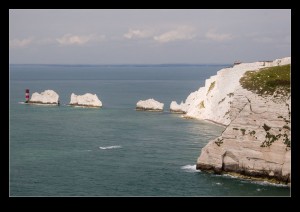 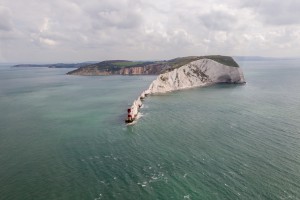