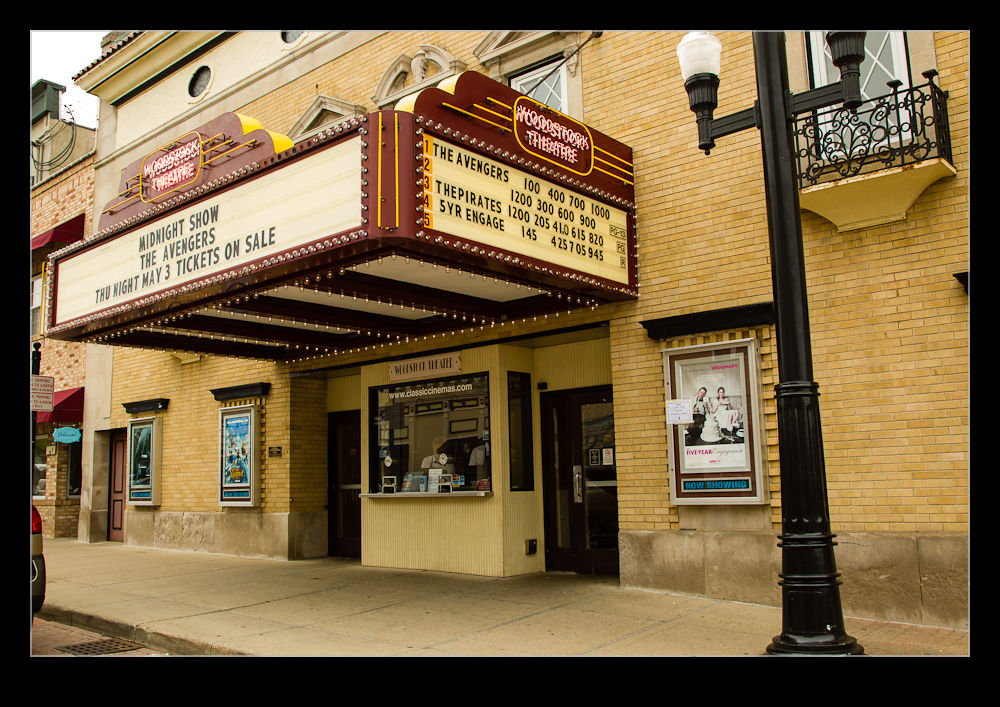 I have already told you about Woodstock and its Opera House.  I don’t have much more to add so today you just get a few more pictures of this lovely town square and what it has to offer. 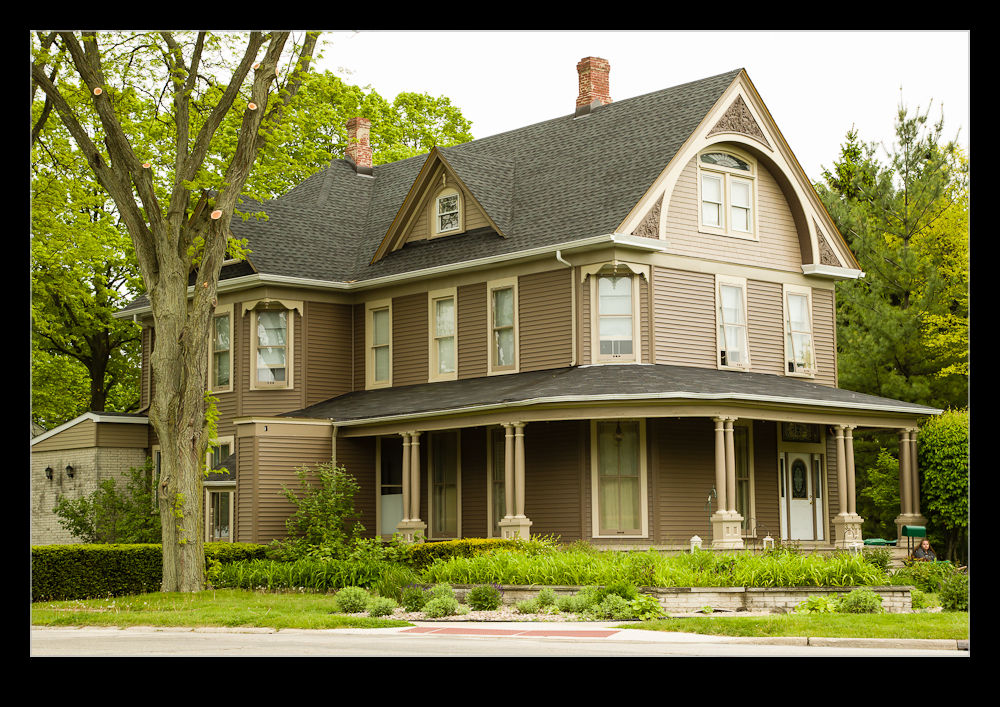 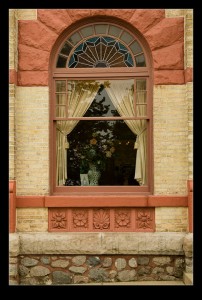 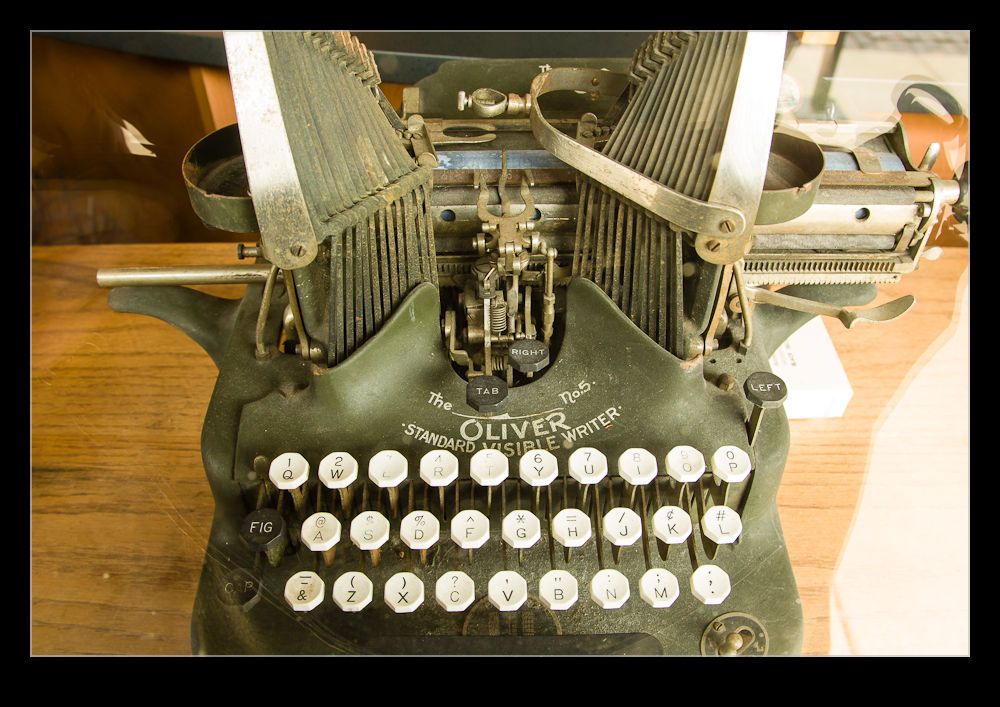 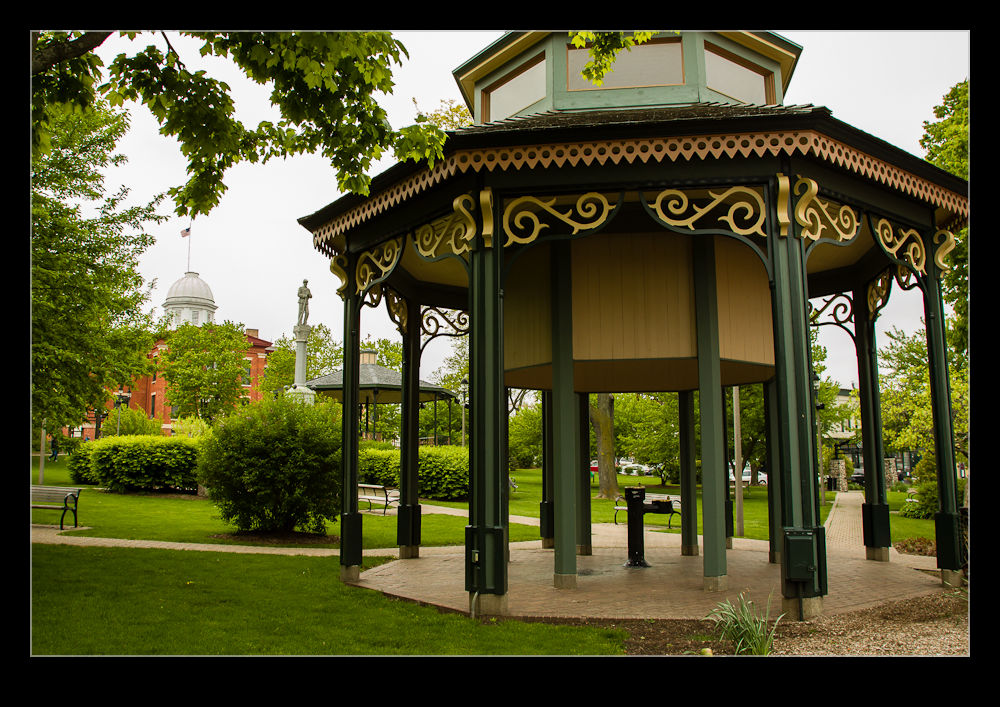 Our trip to Woodstock included poking our heads into the Opera House on the square.  An old building that has history dating back to the early days of the town, we were nosing around the front door when a passing lady told us to head inside.  I was not going to bother but she was quite insistent so we did head in.  One of the staff was in the lobby and greeted us warmly.  He suggested that we should wander around upstairs if we wanted. 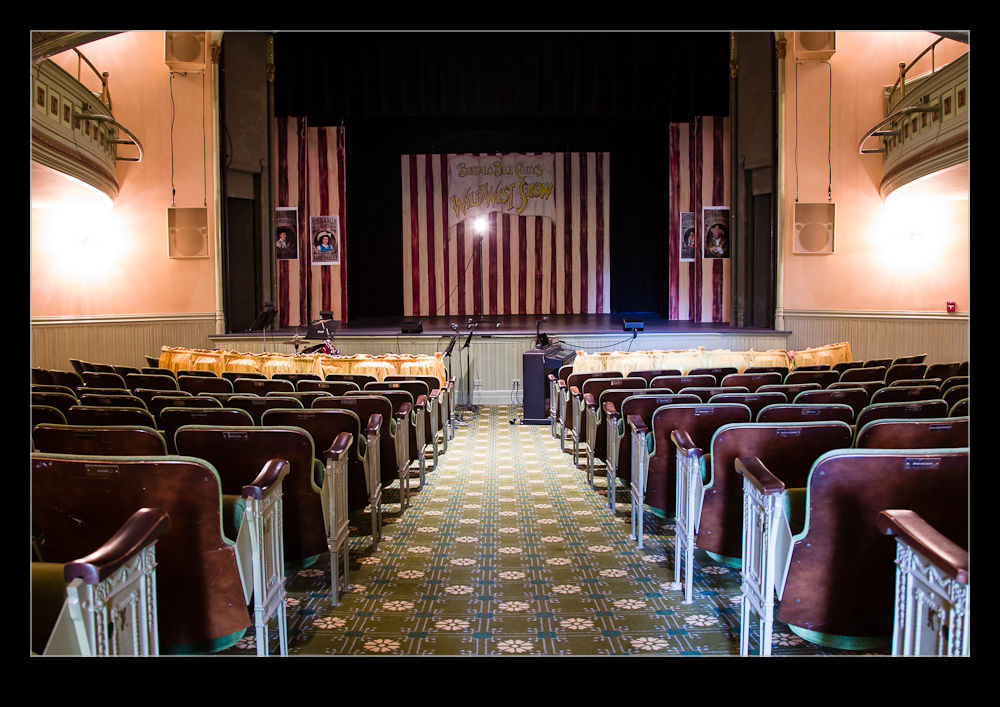 We headed up to the auditorium.  It was great.  A small venue so everyone was very close to the stage.  It seemed really cozy.  There was a balcony too so we checked that out as well.  They have a variety of acts throughout the year so the place seems very busy.  They had a musical on that evening but they also had music acts performing at varying times. 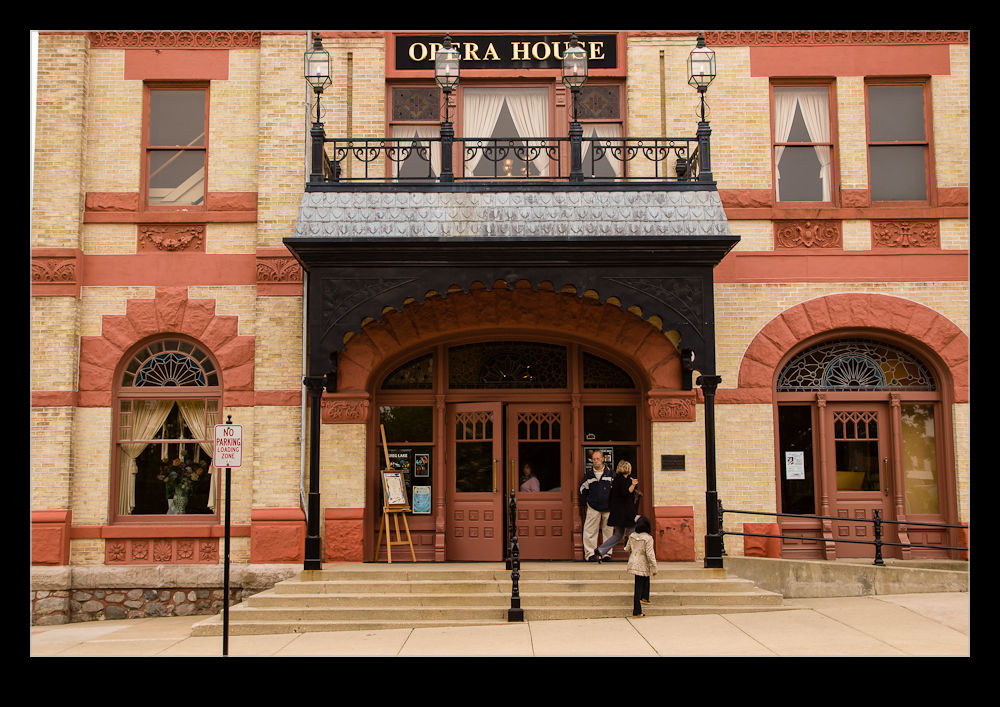 The restoration of the place was nicely done and it was in great condition but also felt suitable period.  While Woodstock is not a big town , it does appear that you could keep yourself entertained with the the various acts coming through on a regular basis.  Not only that but the friendliness with which we were greeted by everyone really made you glad to have made the trip.

One last picture of something interesting.  Some of the original seats are on display in the lobby by the box office.  Not a comfy as the present seats, perhaps, but they do have a feature that few seats have today.  Under the seat is a wire frame in which a gentleman can slot his wide brimmed hat during the performance.  Probably a common feature in years gone by but certainly a novelty now. 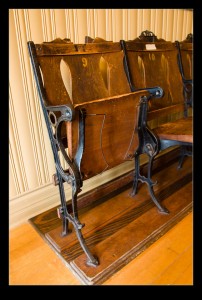 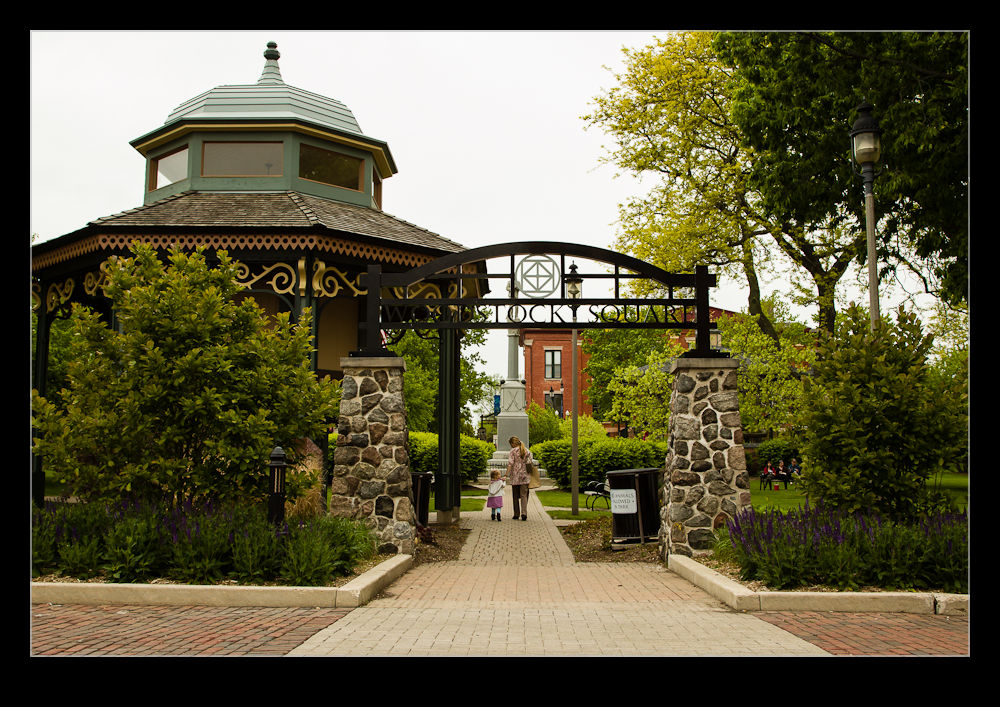 We may have lived in Chicago for quite a while now but there are still plenty of places to explore that we haven’t visited.  One of those places is Woodstock IL.  Nancy found out about it from a website on great small towns in the US.  We decided to pay it a visit.  The day was supposed to start out overcast and clear up into a sunny day.  That bit didn’t quite happen to plan but everything else about the town proved to be a success. 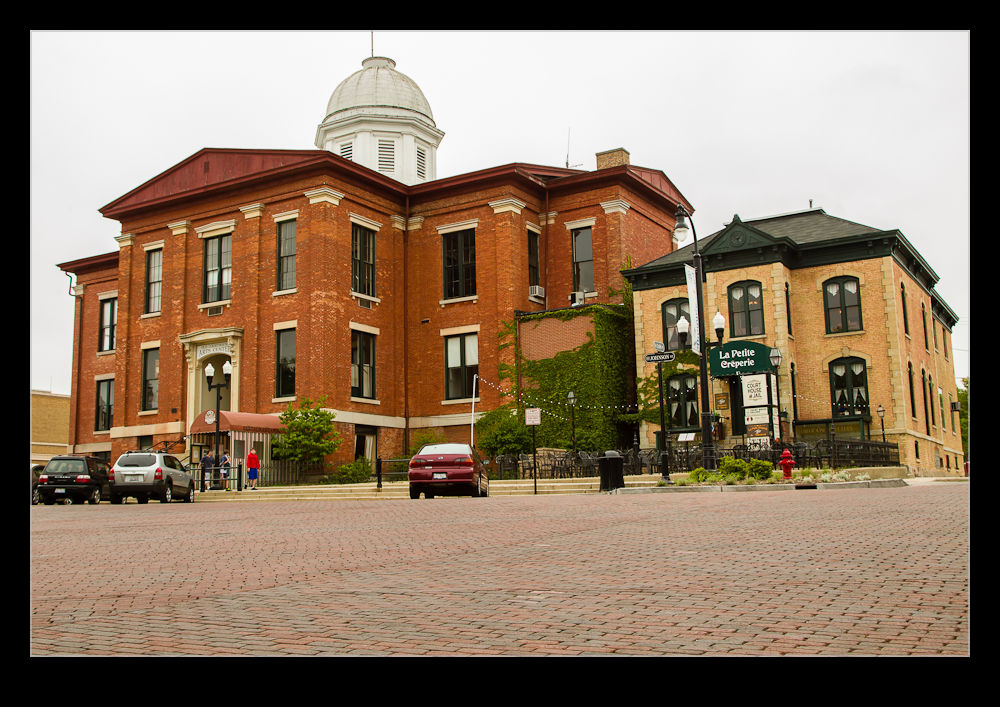 It was about an hour from home to get to Woodstock.  The GPS had a location with a parking lot close to the town square programmed in and that worked out to be perfect.  We were a short stroll from the square and a small farmers’ market was underway.  We are always suckers for good food at these markets and so were soon carrying a few bits around.  We wandered around the square looking for somewhere for lunch.  This is always worth doing when there is food for sale because you otherwise end up buying way more food than is a good idea! 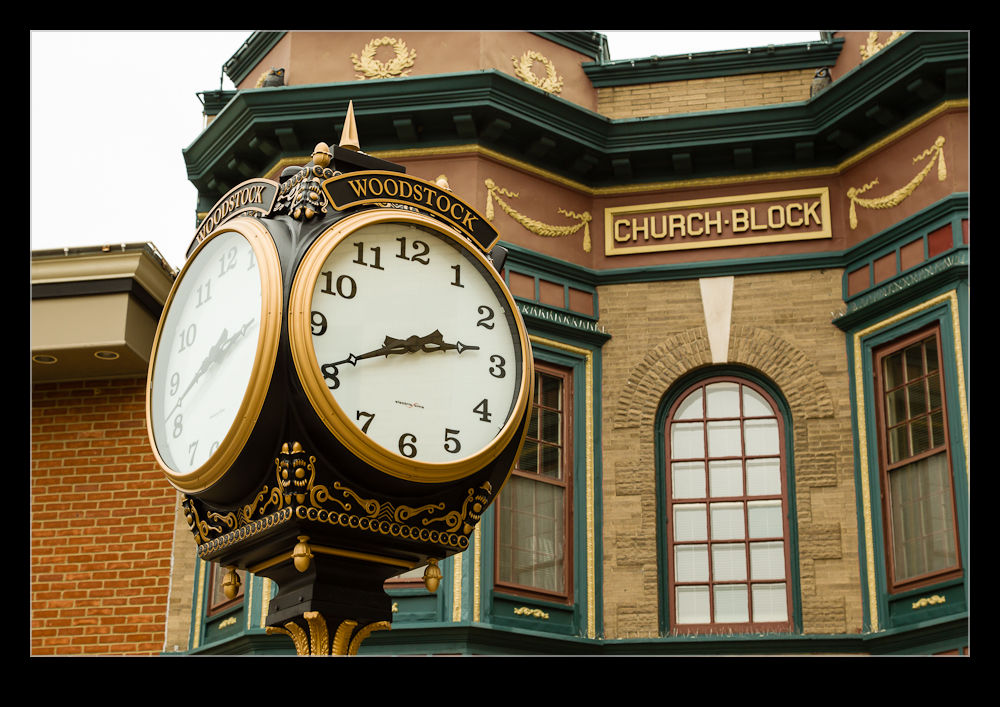 The town square is a great spot.  The buildings are a mix of styles but all look pretty impressive and in good condition.  The old style of the place is obviously appealing to movie makers.  Have a viewing of Groundhog Day and you will recognize the town as Woodstock – a long way from Pennsylvania.  It had some other treats but more will come about that in due course. 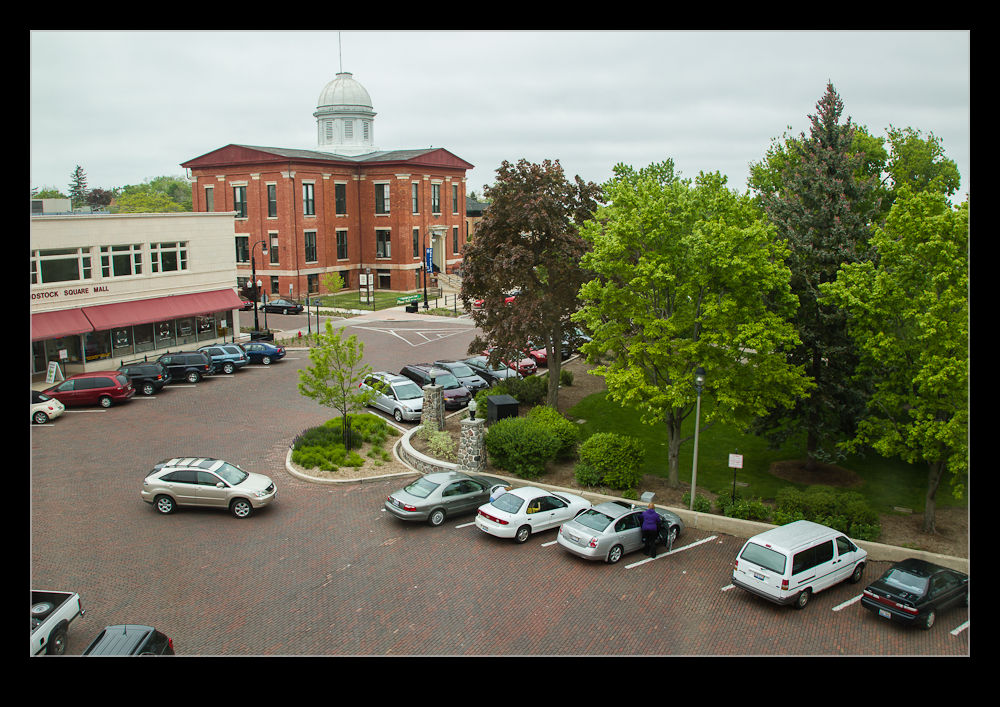 In one of these shots you will see a crepe restaurant.  We stopped there for lunch and the food was really good.  There were other places around the square that had more traditional fare but this one seemed to have a different approach and we were not disappointed.  This blog has never really been a dining review place but here is one recommendation for you!