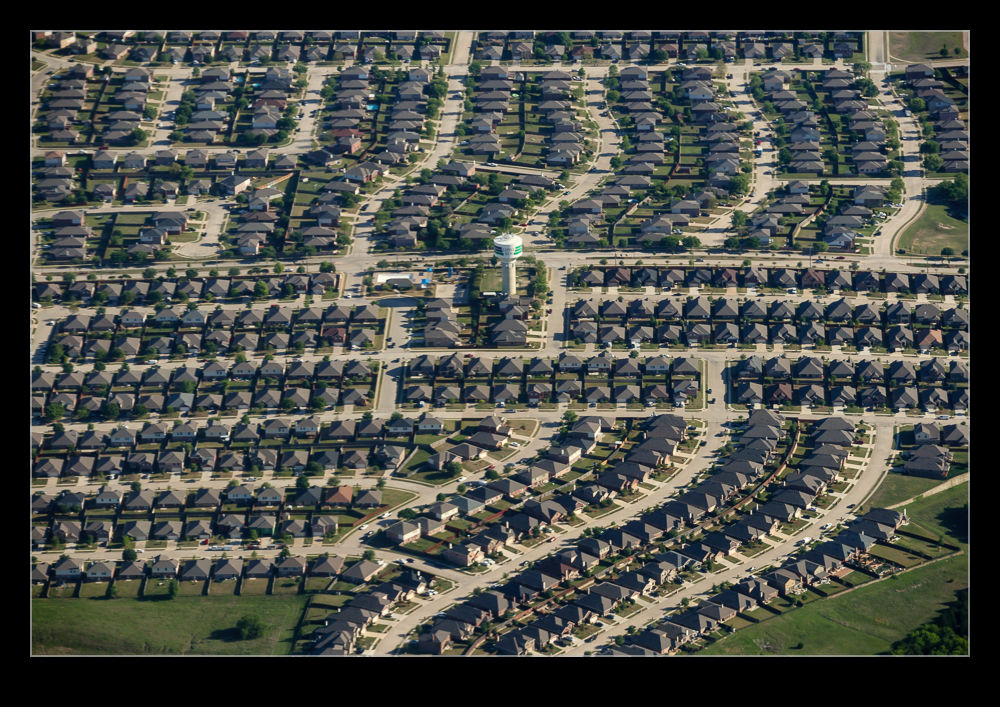 A quick trip to Dallas for work was necessary and I took the little camera along for the trip.  As we came in towards Love Field, we flew over ares that are in the process of being built up or have recently been so.  Seeing plots of land with the street layout showing but the plots not yet built up showed what had been there before in the areas that were now populated.  A closer look showed that the houses did have a variety of styles but, from above, the roofs all seemed to be very similar and they were close together.  It was almost like someone had grabbed a bunch of houses from a Monopoly set and lined them up next to each other.  On the ground it probably looks nice but from above it was very uniform. 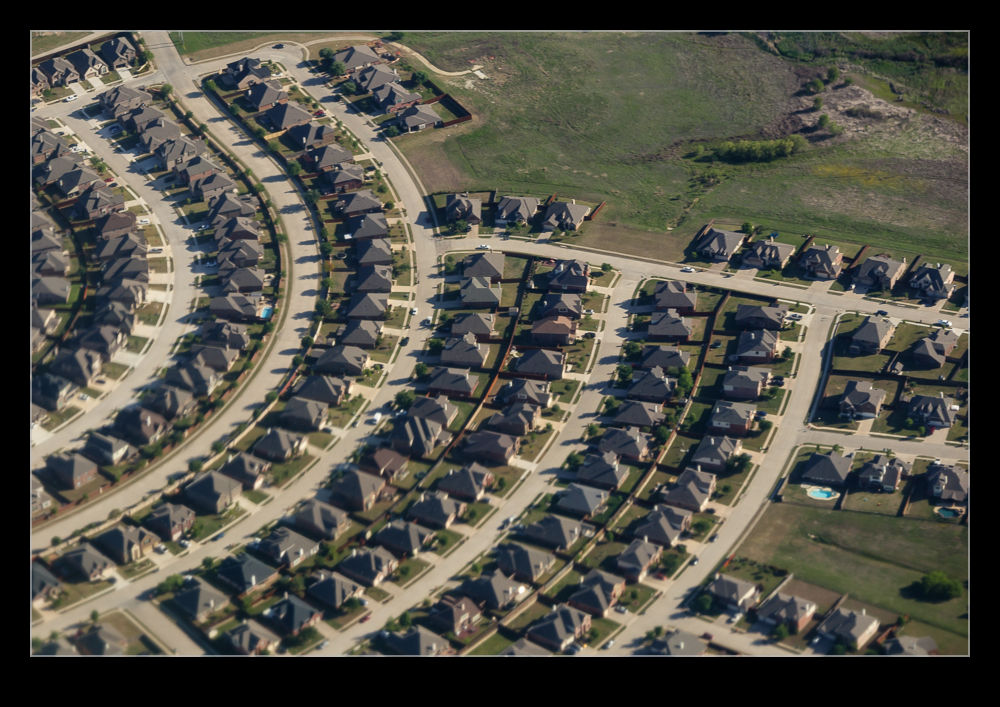