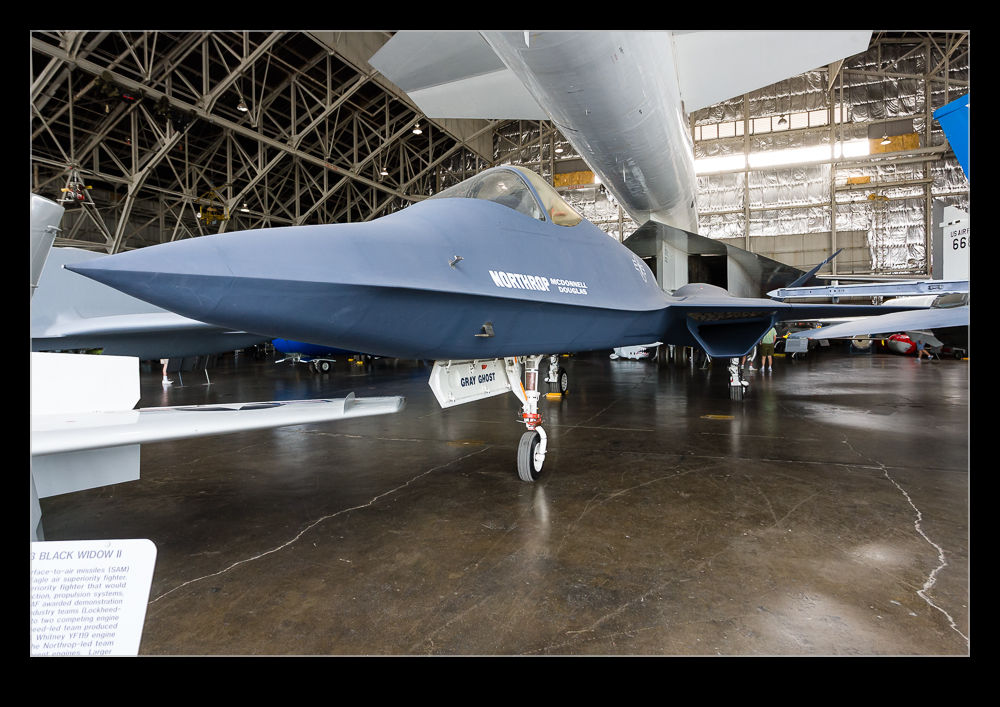 A YouTube video showed up in my feed recently that involved the Northrop YF-23.  I have only seen one of the prototypes.  The one at Torrance has eluded me so far but I did get to see the one in the Experimental hangar at the Museum of the USAF at Wright Patterson.  I think things have been rearranged a lot since I was last there with new hangars having been opened but, when I visited, the hangar was a pretty cramped experience.  Getting a good view of the aircraft was tricky.  The YF-23 is a fascinating looking airframe with some very unusual shaping so I tried to get shots that emphasized this instead.  If I could have another crack at photographing it, that would be great. 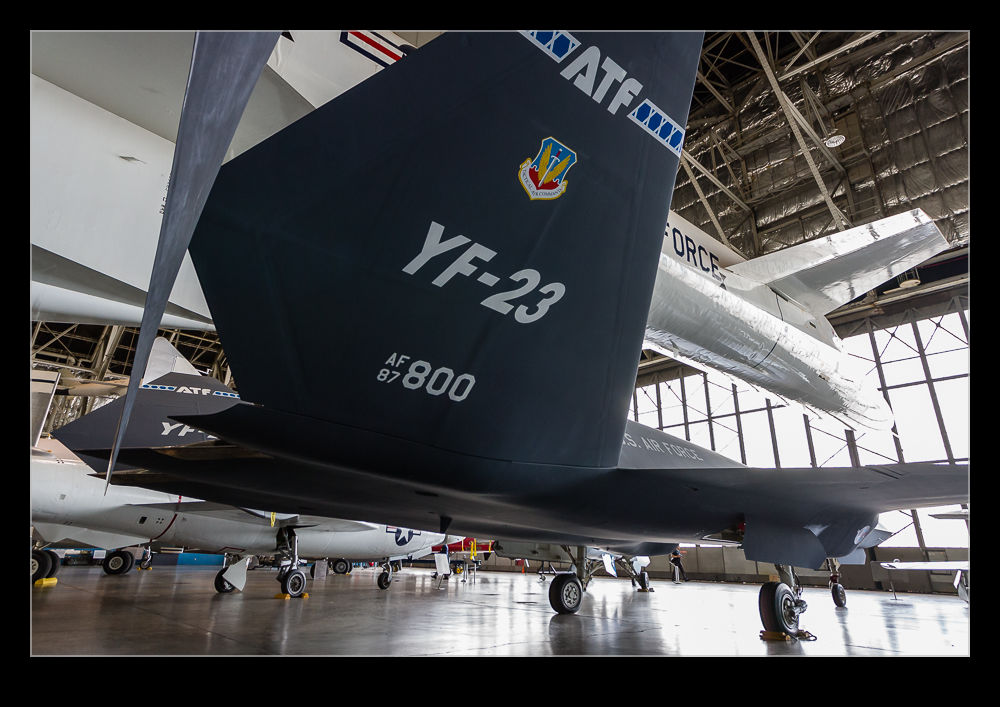