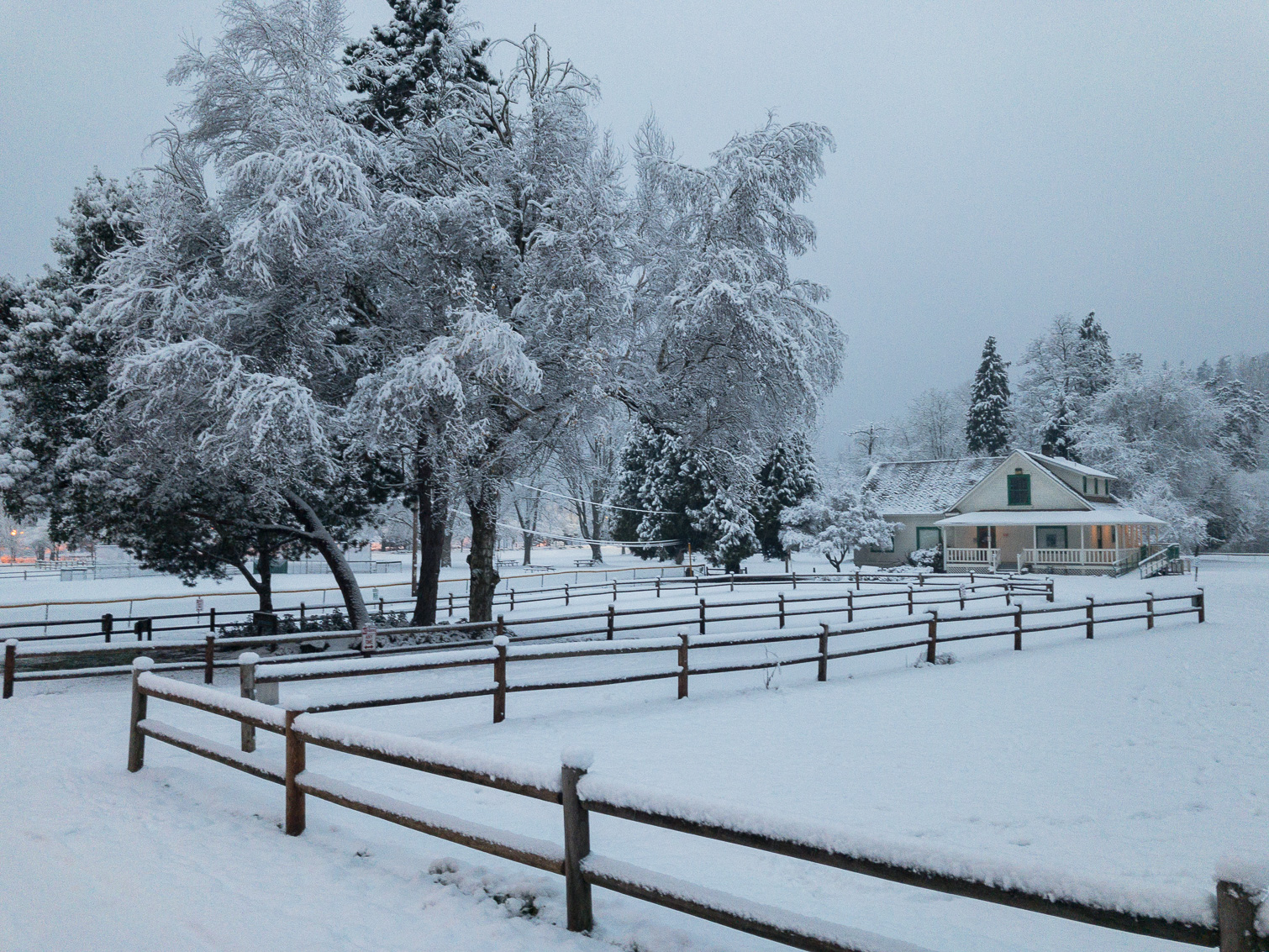 Christmas morning in Kirkland had us waking up to some snow.  It had started to snow a little on Christmas Eve but plenty more had dropped overnight.  This was not snow that was going to last long.  It was rather heavy and damp and, having built up on the branches of the trees, it was pretty precarious.  When some of it slipped off, it would take whatever was below it too resulting in some significant dumps on the ground below or you if you were unlucky.  Paying attention to what was above you was a good idea. 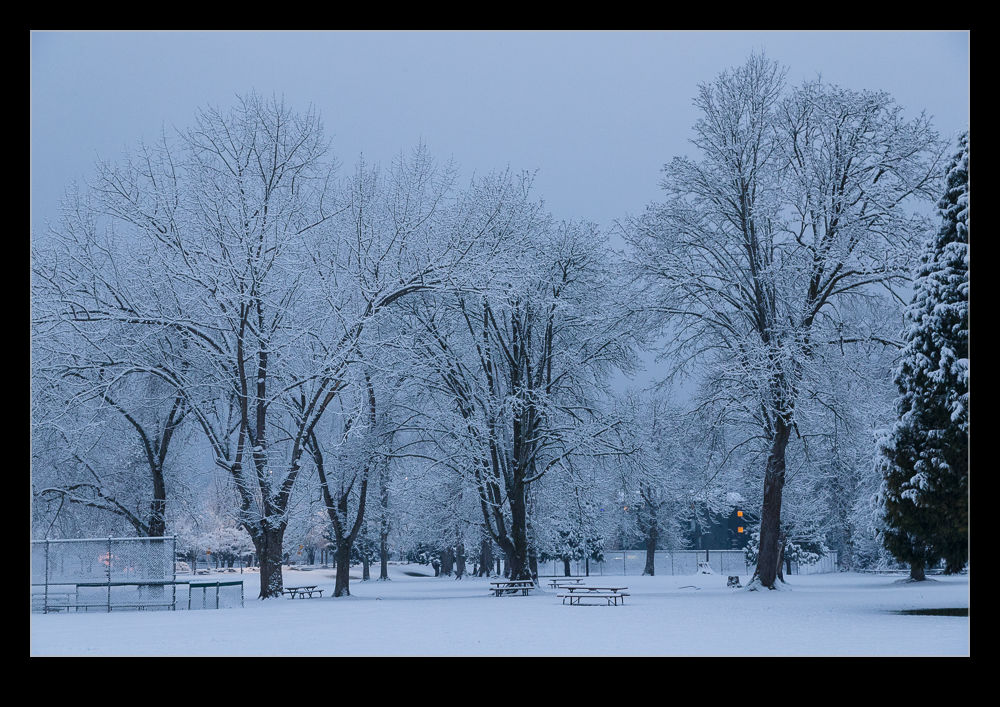 I went out first thing.  Since it was Christmas morning, not much traffic had been out so the roads were reasonably untouched.  The light from the street lamps was still a factor in some places.  I wandered around the neighborhood checking out the view before it all went away.  The temperatures were not too low so I didn’t have to wrap up much and I knew things would soon melt.  However, it was a scenic place to be for a while and added a certain atmosphere to Christmas Day. 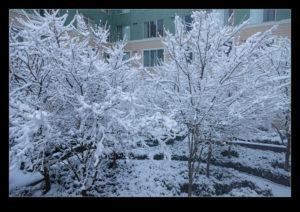 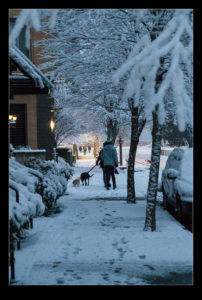 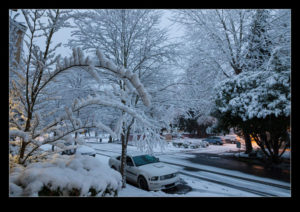 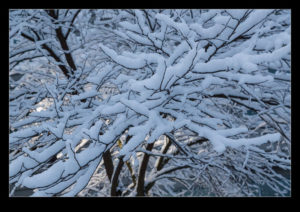