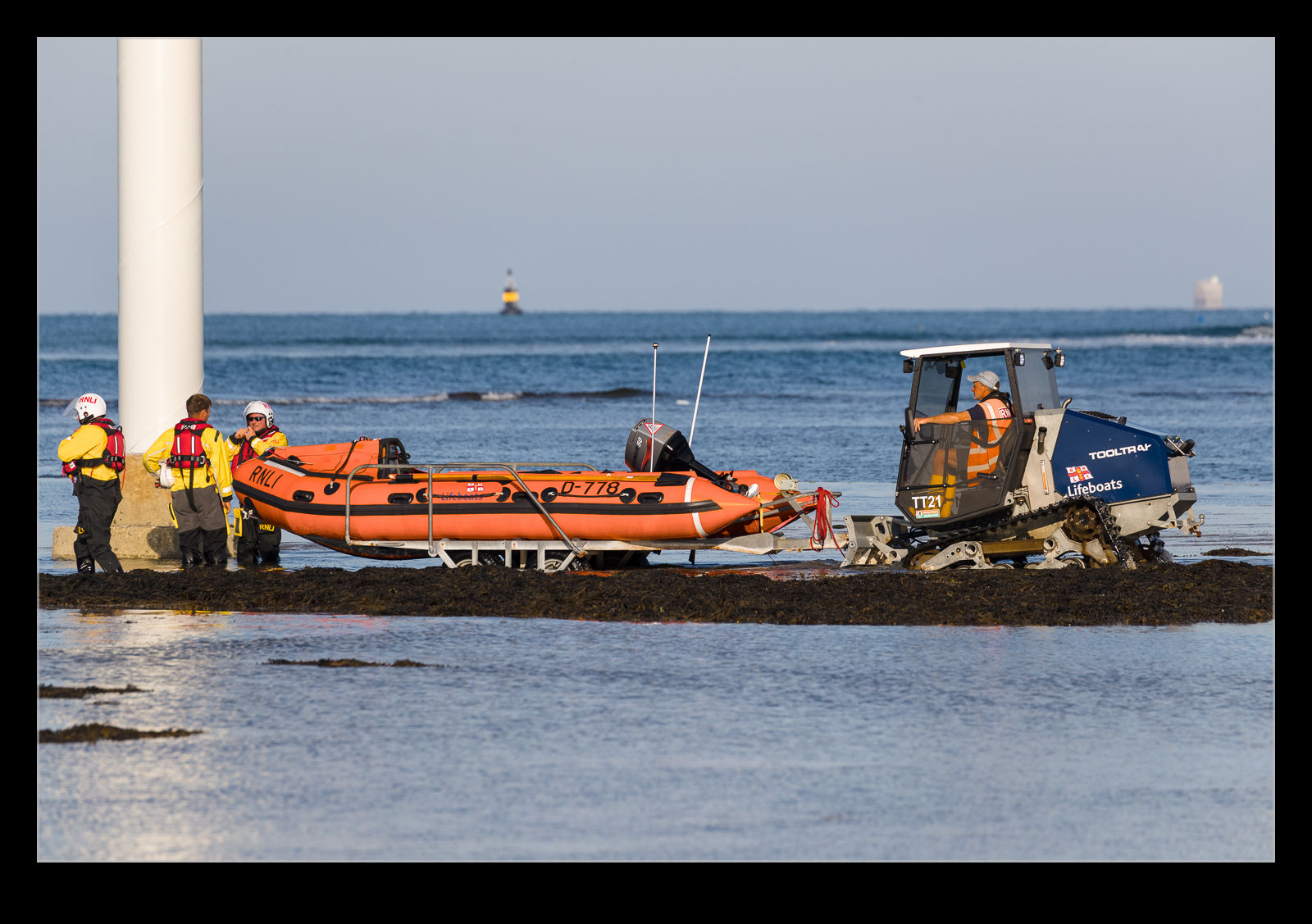 Bembridge has two RNLI lifeboats.  The launch of the all-weather Tamar boat has got a lot of coverage on the blog but I shouldn’t overlook the inshore boat that is also stationed there.  This boat can deal with lots of issues close to shore which the big boat is ill-suited for.  You might think this is less perilous work than that on the open seas but some of the rescue the inshore boats have carried out have really put the crews in harm’s way, often with them entering the water in rough and rocky shallows in breaking surf to rescue people trapped by changeable conditions. 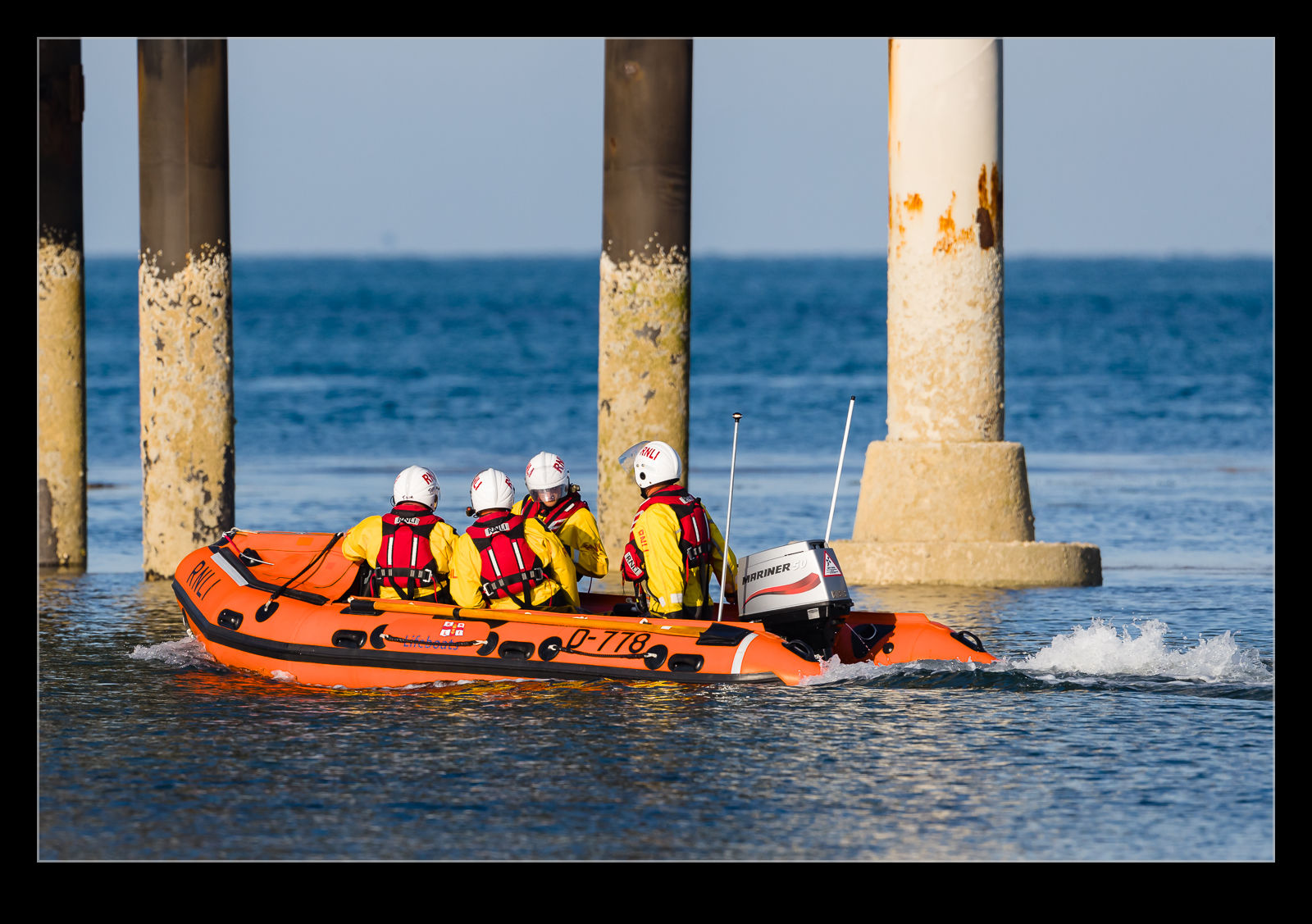 After the all-weather boat had launched, the crew took the inshore boat out.  It is mounted on a trailer with a tug to move it out.  The tide was out and the reason for the boathouse pier is obvious with the exposed rocky shoreline.  They maneuvered the boat on its trailer in to the water and then got on board and powered it up.  Then it was off for training with the all-weather boat as well as on their own.  Again, the commitment of these crews should not be left unmentioned.  If you can do anything for the RNLI in any way, whether it is a membership or just donating when you see someone collecting on the high street, please do it. 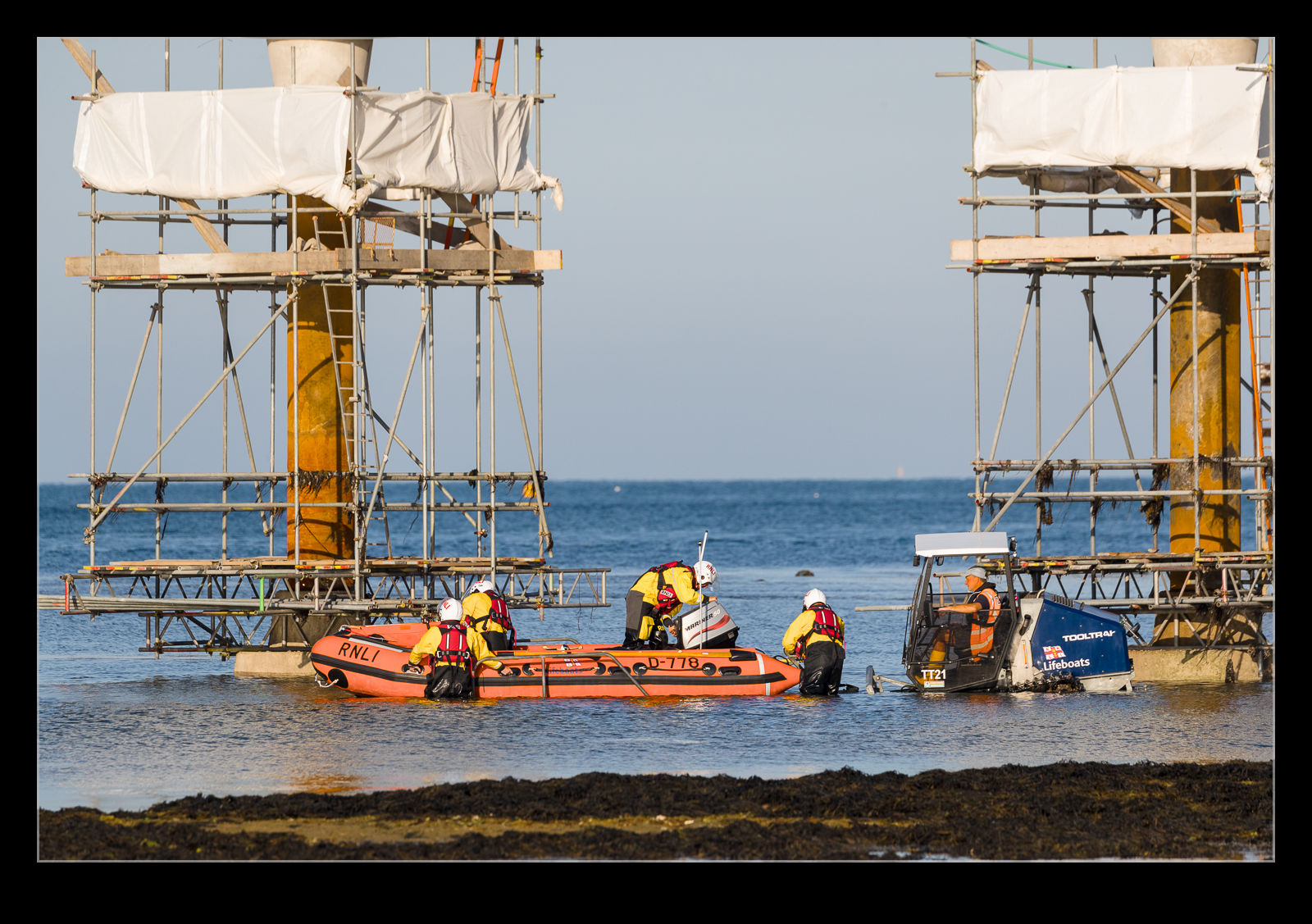 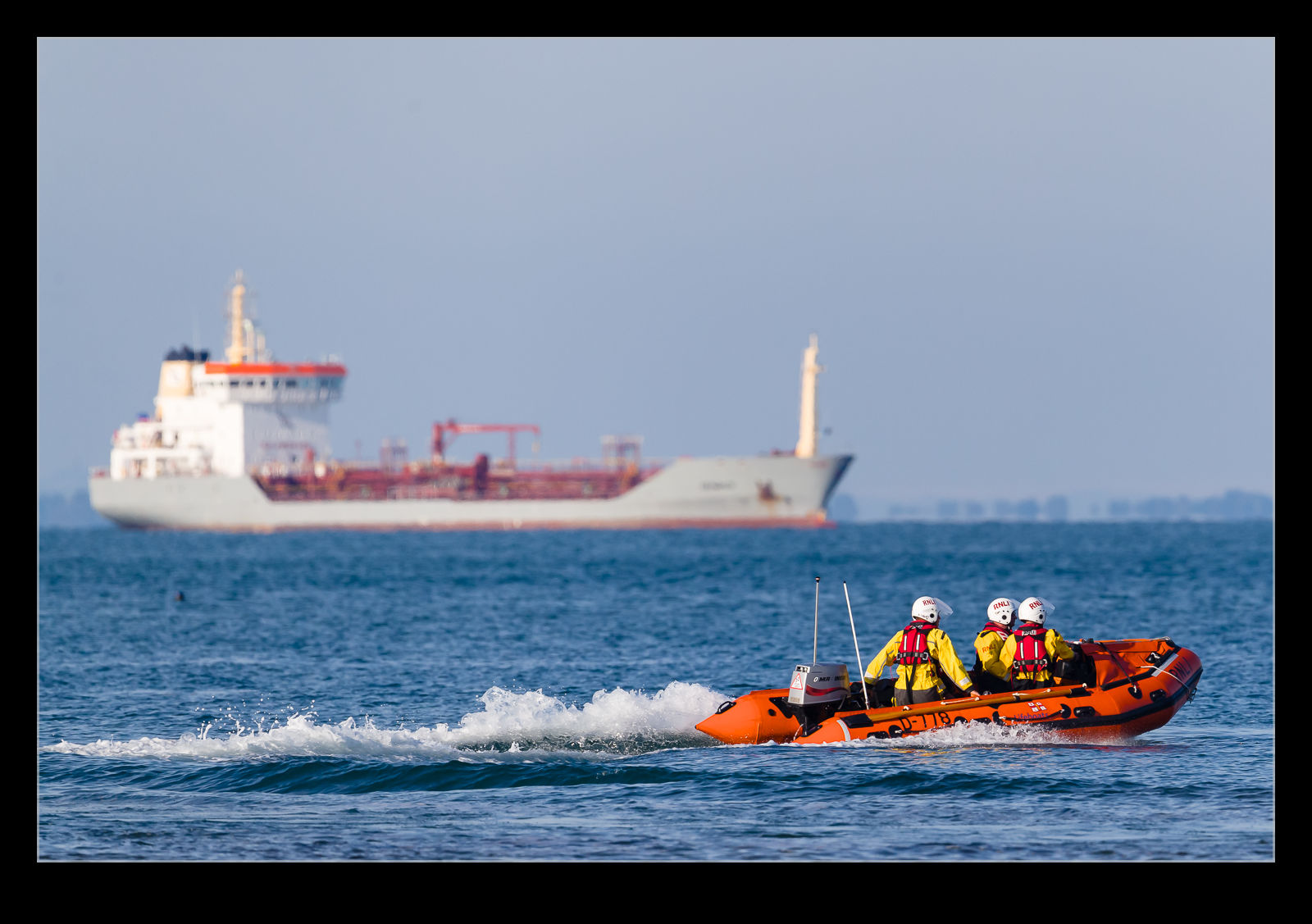