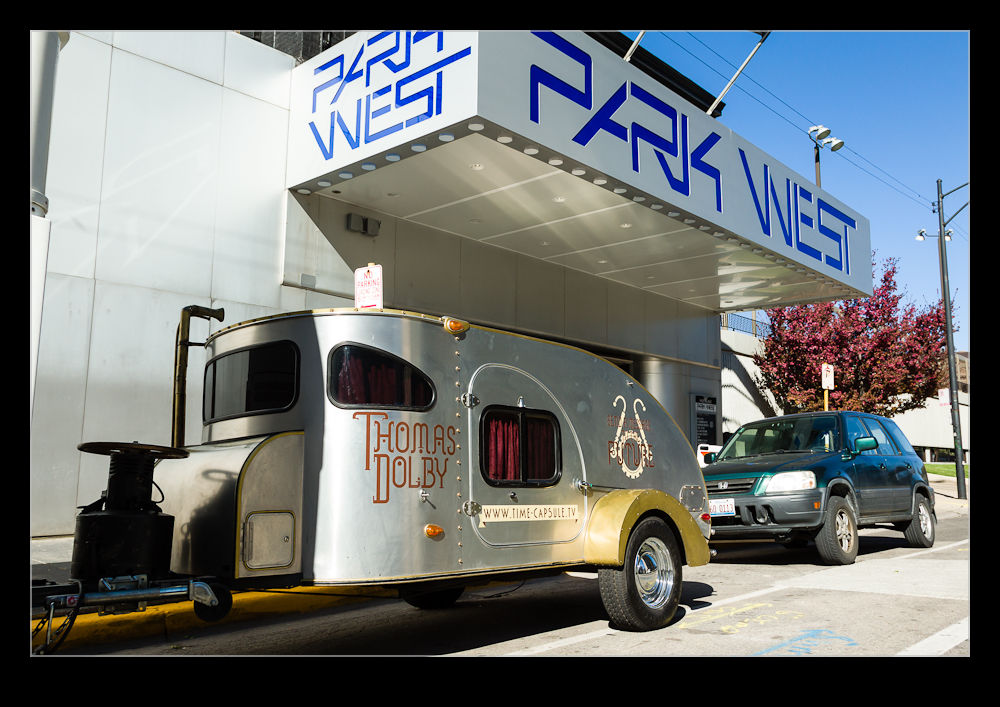 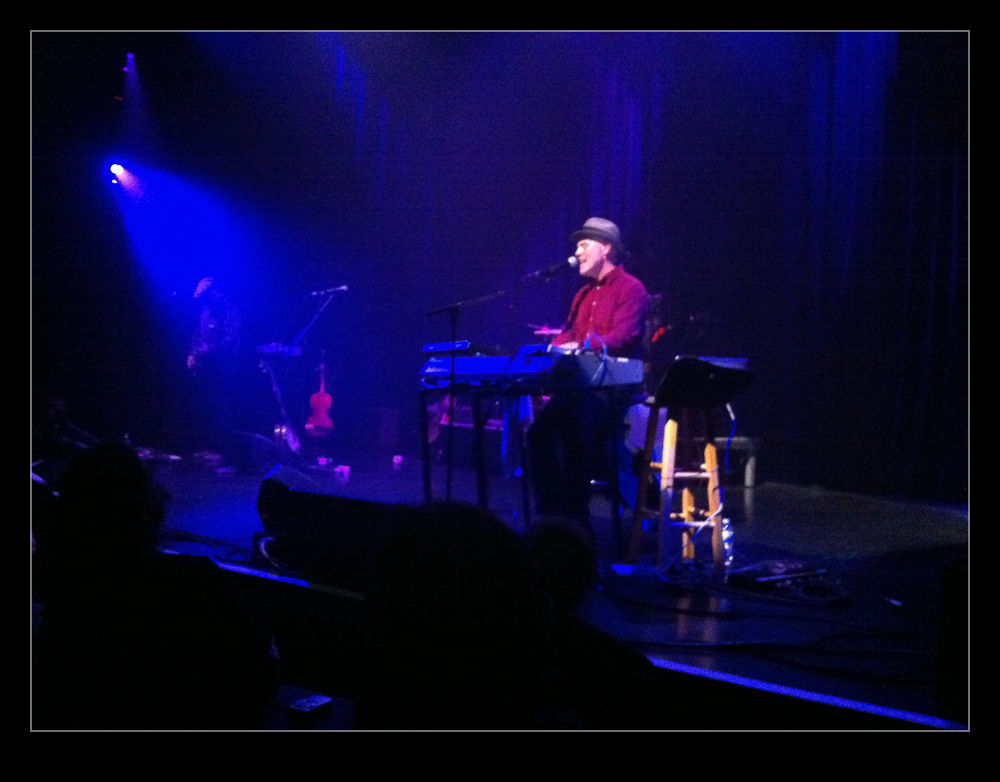 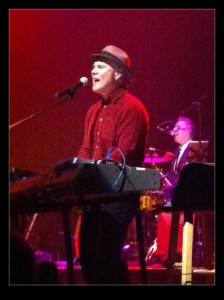 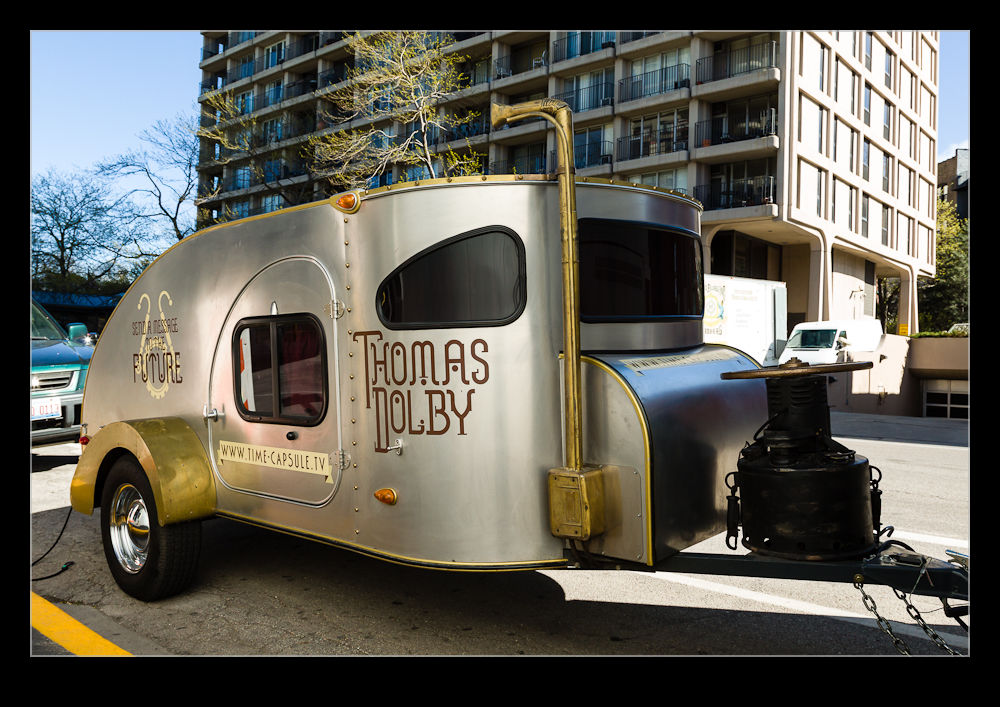 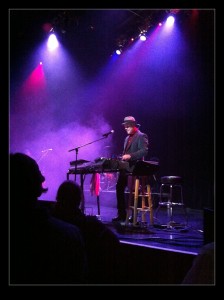 I am an idiot! This is a strange piece to write but it is a bit of a mea culpa when it comes to being unrealistic. Even why I am writing it is a bit of a mystery but I guess this blog has become a surrogate diary – odd given that I have never kept a diary bar one futile effort when I was about 10 years old. Anyway, here is the tale.

Last week I popped along to a club called Martyrs. The reason for my being there was that Thomas Dolby was playing. He was undertaking a short tour across the US playing a number of small venues. This wasn’t a full show. Instead he was talking about his new album, how it had been written and how it tied in with an online game he had created. A lot of the people present had been participants in the game. He played some of the new songs and also threw in a few faves from older albums to please the old guard.

It was a good event, interesting and enjoyable and I continue to enjoy what he creates, even if I was not interested enough to get involved in the game. He also said he would be back for a full show with a band in the spring.

The source of my downfall was what followed. If you bought a certain amount of merchandise, you were given a wristband that let you in to a meet and greet afterwards. I was buying the CD anyway, so a t-shirt was enough to put me over the threshold. I went along.

At this point, I want to make something very clear. I am not in the least bit angry at Thomas for anything. I am just disappointed in myself. This was my first experience of a celebrity signing event. I have never been to a book signing at Borders (RIP) and I have never been to any of the big events like Comicon or a Star Trek convention so I haven’t seen how these things go. As it was, people lined up to get their stuff signed, get a photo taken and have their moment with Thomas.

I waited until near the end. First, I wasn’t in any great hurry. Second, propping up the bar was more comfy than standing in line. Third, I wanted to see how the whole thing worked. This is where I learned my lesson. It is obvious really. This is part of the job for the person involved. They aren’t your buddy, they don’t want to chat, they want to do what is required and then get out again. So would I looking around that room!

Thomas seemed to be polite to everyone and did what was expected. However, he never looked like he was having fun. I watched many people have their picture taken with him and, while he looked at the camera dutifully in each, I bet not one of those shots had a smile. When my turn came, he signed what I had with exactly what I asked him to write, exchanged a few pleasantries and we were done. Someone was nearby at that point trying to get things wrapped up so we weren’t in doubt that we would be gone quickly but that is fair enough.

So what is so odd about this that I have written all of this? I have blown an image up. I have been a fan of his work for many years. I have heard interviews and read some of his writing and I have always found him an interesting type of person. Of course, you never know whether that is actually the real person or not but you never can know. However, in your mind you come to think that this person could actually be someone you got on with. When you finally get to meet them, you imagine that there will be some sort of friendly spark. Of course, they have never heard of you or any of the other few dozen people lined up to meet them and you get your minute and then you are done.

Any common sense analysis of this suggests it would work exactly the way it did. Why was I disappointed? Because your mind sometimes likes to ditch reality and replace it with something more interesting. After leaving the venue, I was quite dispirited. Maybe if I went to lots of these things, I would get used to it but this isn’t really my thing so I doubt that will happen. Instead, I just learned a brief lesson in not being a fanciful idiot. If I had left after the show, I would have been a happy camper. Oh well, maybe at my advancing age it is time to grow up a bit.