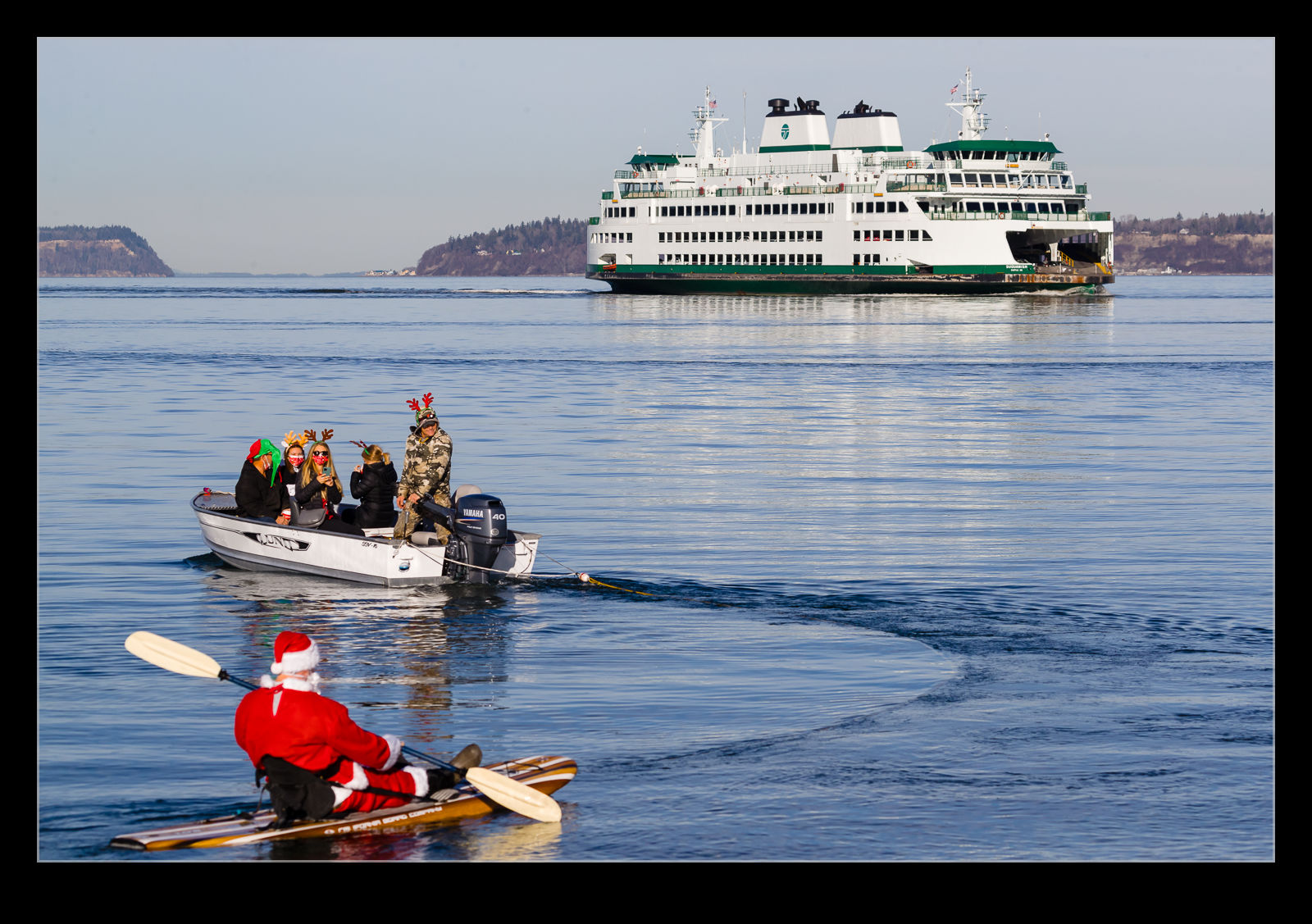 Christmas Eve and I was down by the water in Mukilteo.  My timing couldn’t have been better.  I made a discovery that will come as a surprise to many of you.  You may have thought that Santa rode in a sleigh on Christmas Eve (at night too), flying through the air pulled by his reindeer.  I have news for you all.  That isn’t true!  Everyone has been lying to you all these years.  How do I know?  Because I saw Santa. 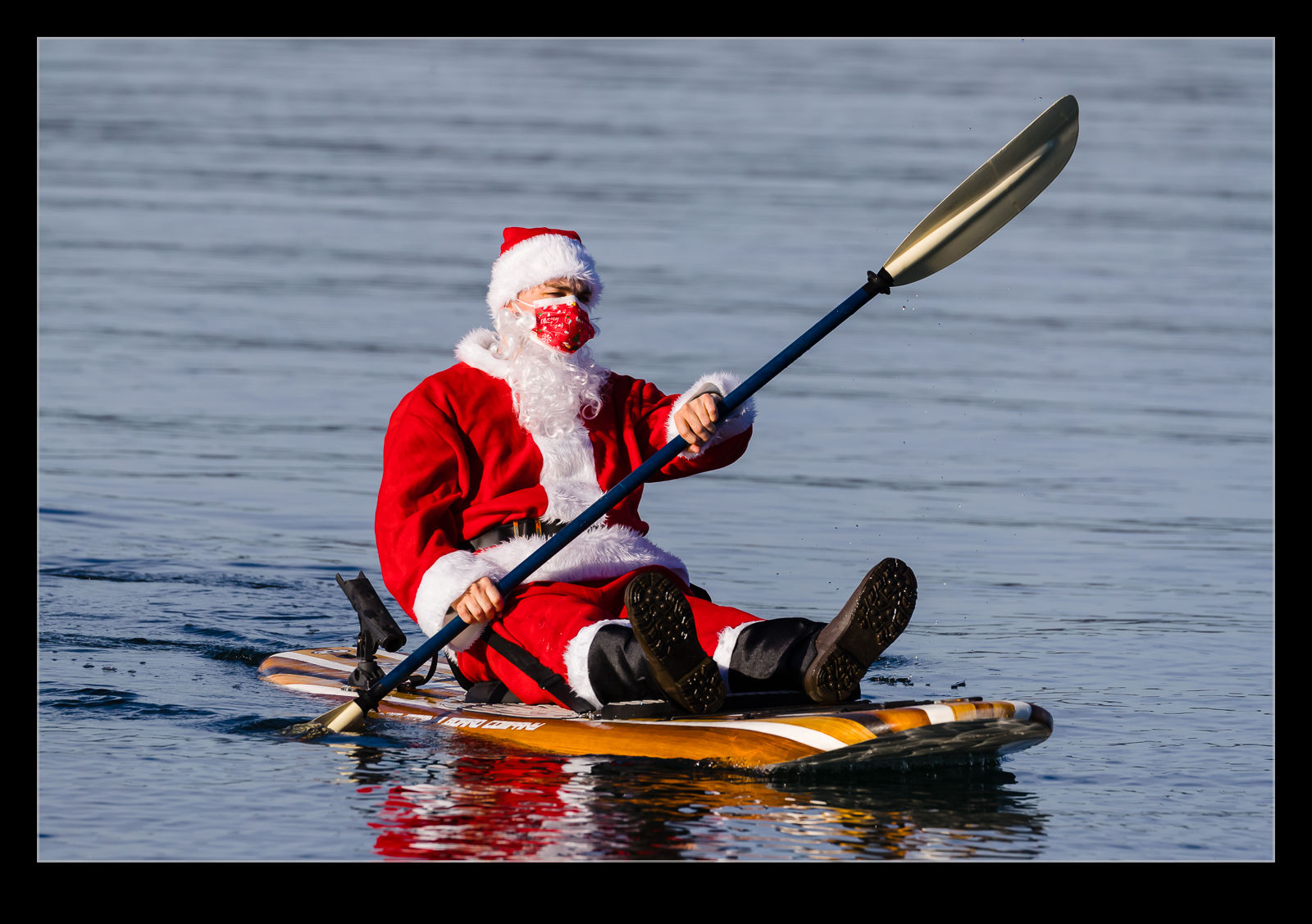 Turns out Santa’s preferred mode of transport is a paddle board.  The reindeer do pull him along on his board but they do so from a small boat and they might look a bit like people wearing reindeer antlers.  Santa did spend a bit of time getting ready.  I’m sure it wasn’t because he was putting on appropriate clothing for being out on the water in December.  He just wanted to make sure he looked the part.  A mask was also in order so he might have trimmed the beard. 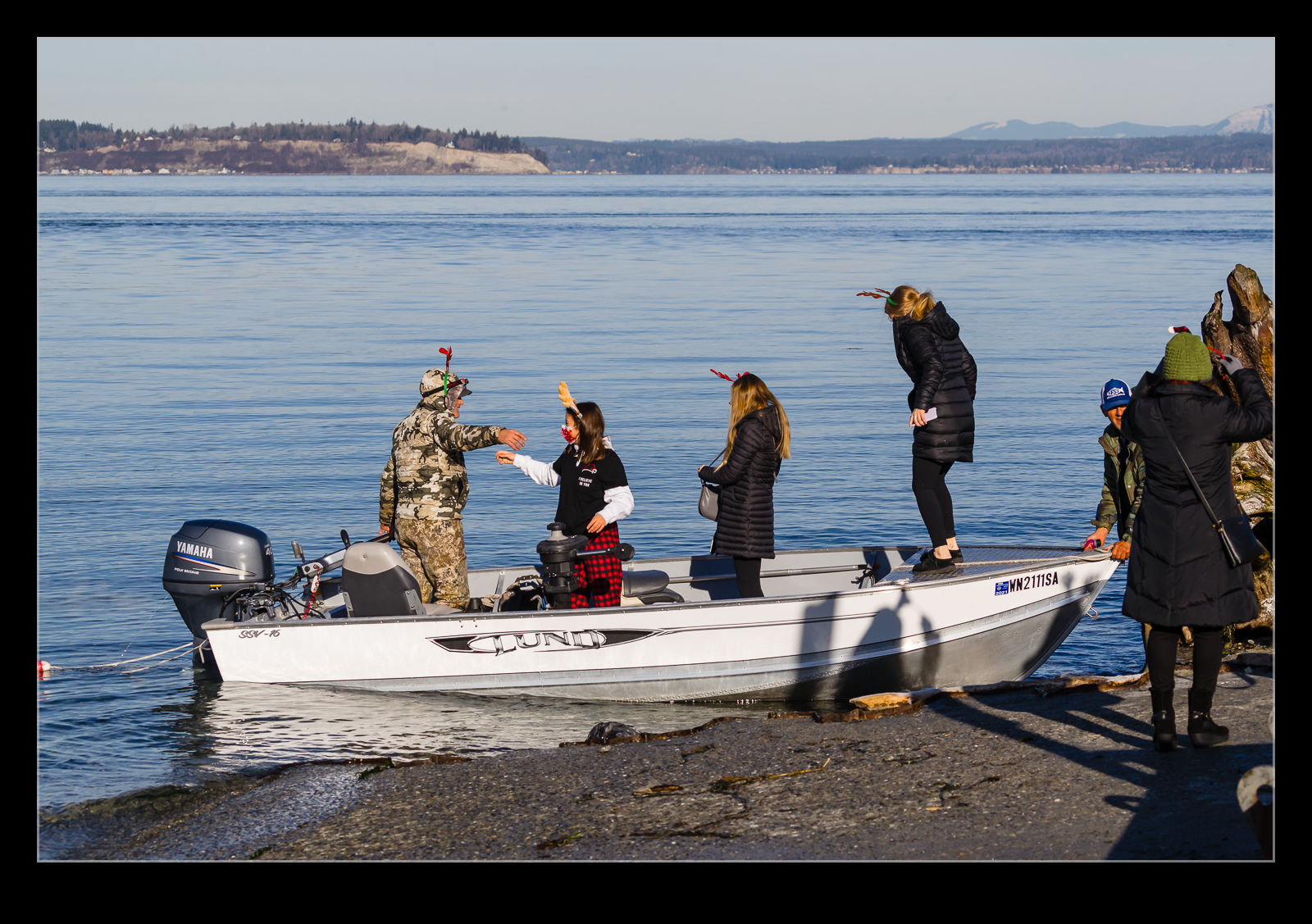 He got on to the board prior to the reindeer being ready.  A bit of paddling around until it was time to hook the tow line on from the boat the reindeer were using.  With everyone aboard, they headed out in to the water and started motoring around near the lighthouse.  The ferries were crossing in the background but Santa was not going to tangle with them.  I had to head off after they made a couple of passes along the waterfront but I assume they were off around the world to start delivering presents. 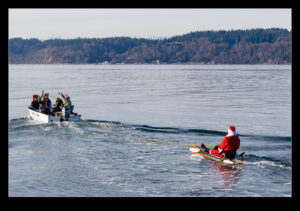 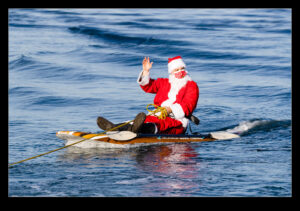 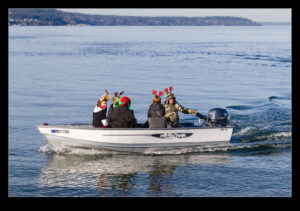 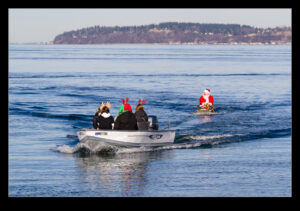 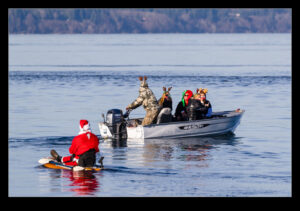 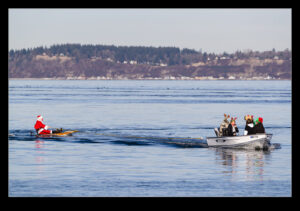 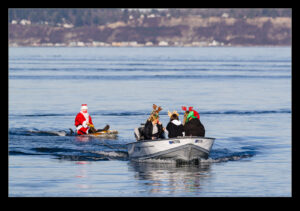 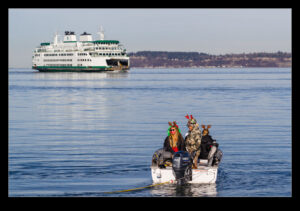 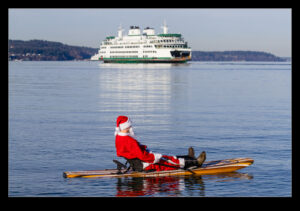 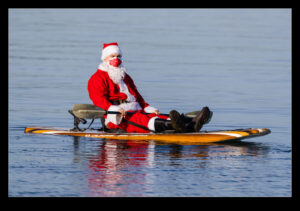 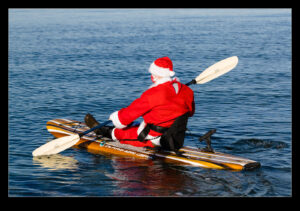 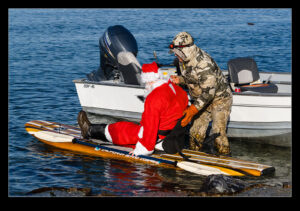 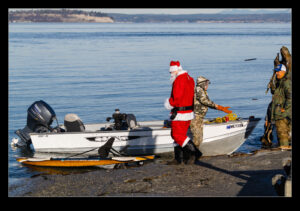 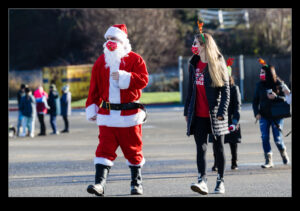