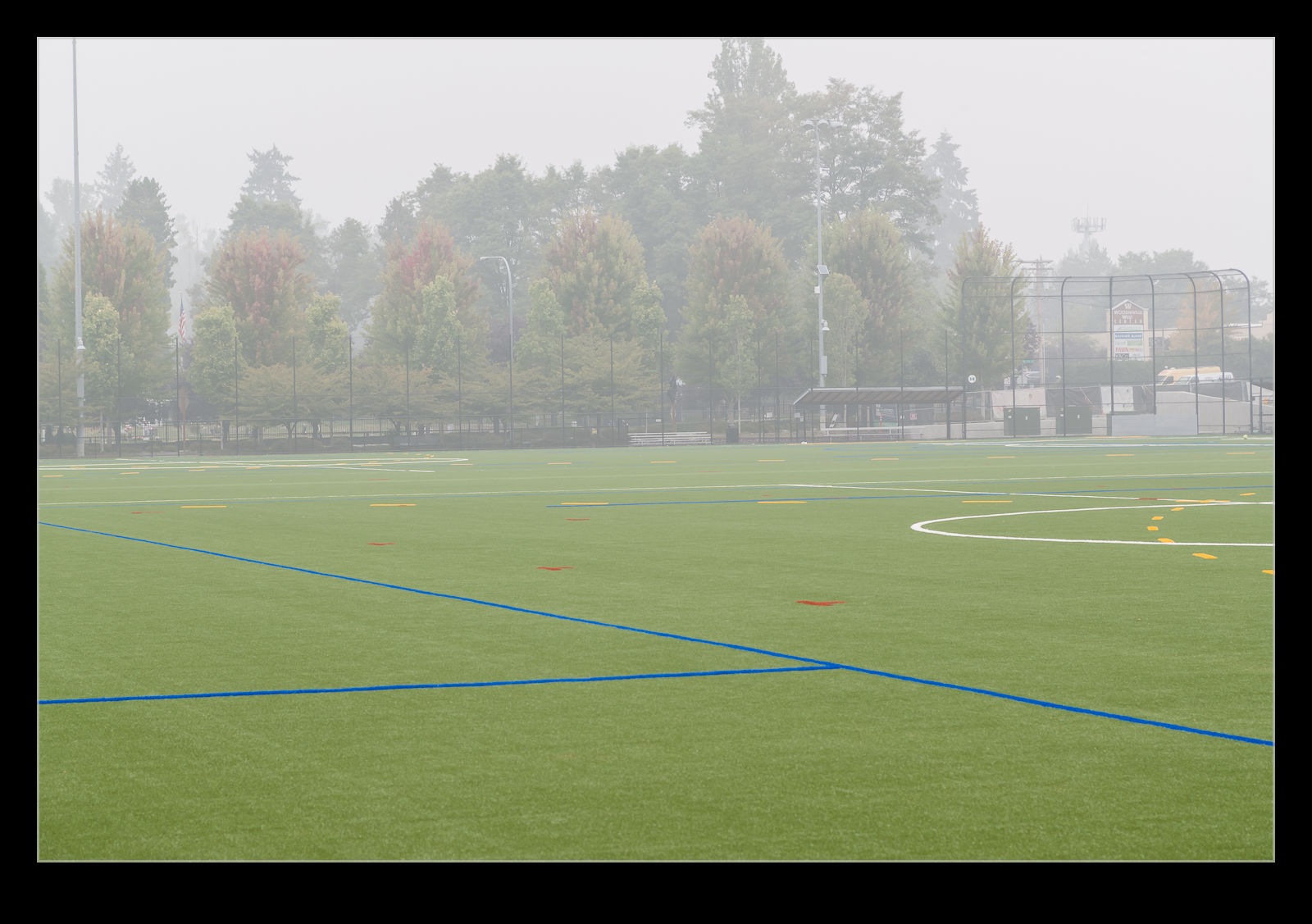 The wildfires that spread throughout the west in September resulted in some really bad air quality in our area.  It was hard to see too far on some occasions and you definitely weren’t supposed to exercise if you could avoid it.  At one point, I had thought a short bike ride might be okay but I didn’t do it and, when I went out to take some photos, I realized that even walking around the park was resulting in me feeling quite bad.  Serious exertion would have been a bad idea. 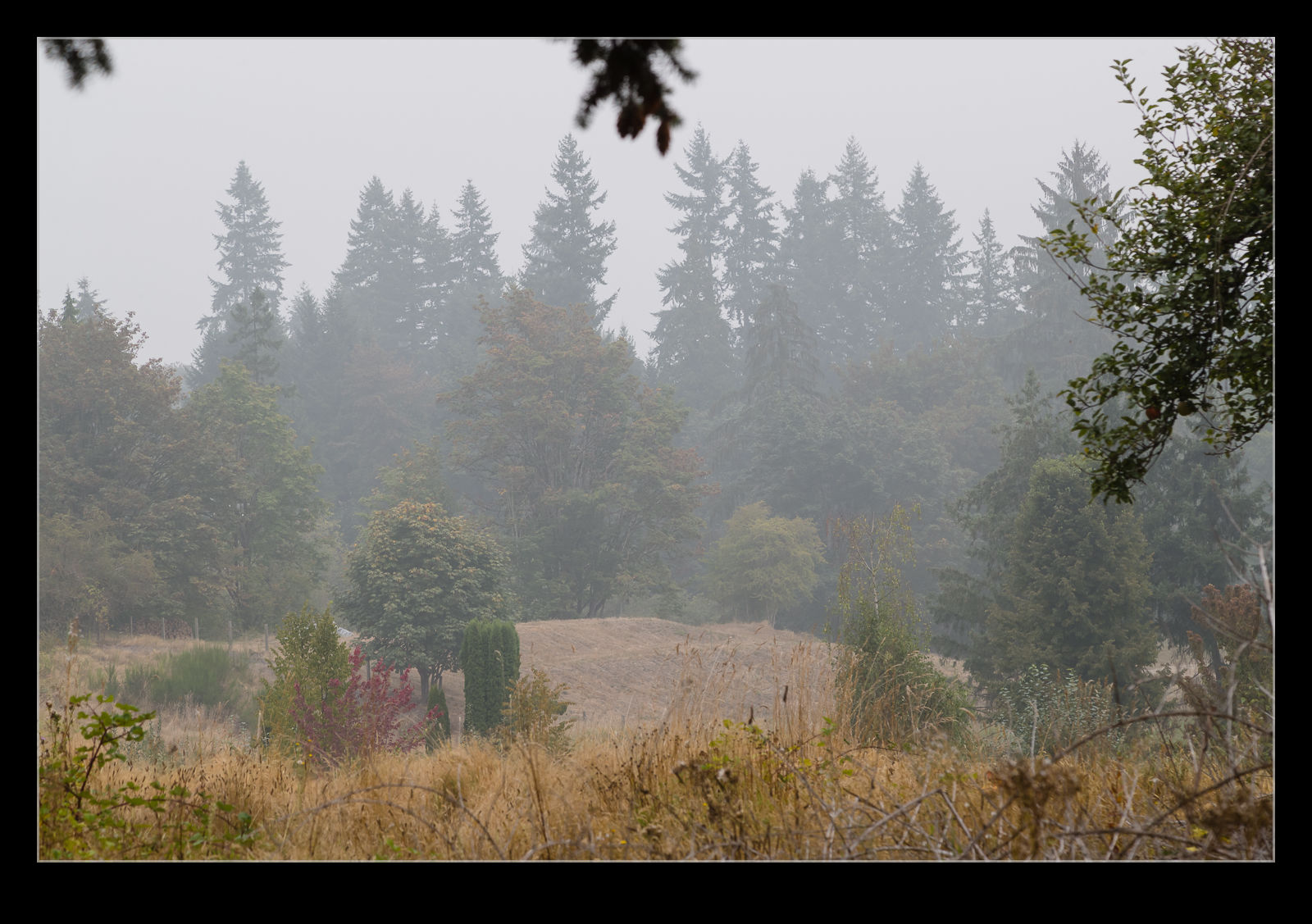 I wanted to get some photos that demonstrated how bad the air quality was.  However, I discovered that it was quite hard to compose a shot that showed how bad things are.  You can take pictures that show distant objects as obscured by the smoke particles (although post processing techniques can reduce or increase the obscuration if you wish) but the difficulty with that is that a photo doesn’t give a good idea for the viewer of how far away things really are. 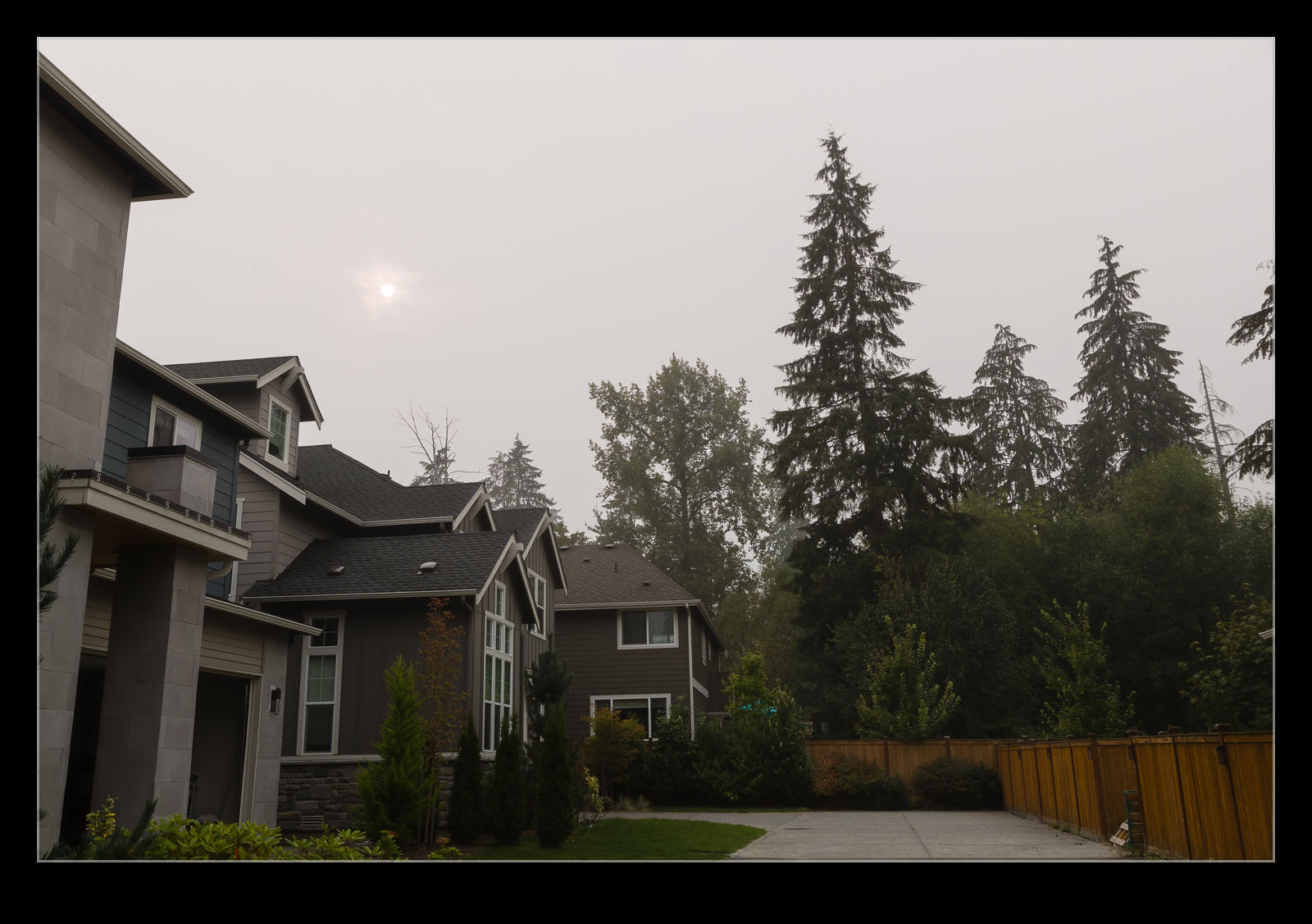 A wide lens makes even things that are close look distant and a telephoto lens brings distant things in close so you struggle to make the viewer perceive things the way you actually saw them at the time.  I tried with these shots to have enough in the foreground to give some concept of how quickly the visibility fell off but I don’t think it really tells the story in the way that being there did.  However, this is a record of what it was like and maybe I will come back to these pictures to remember. 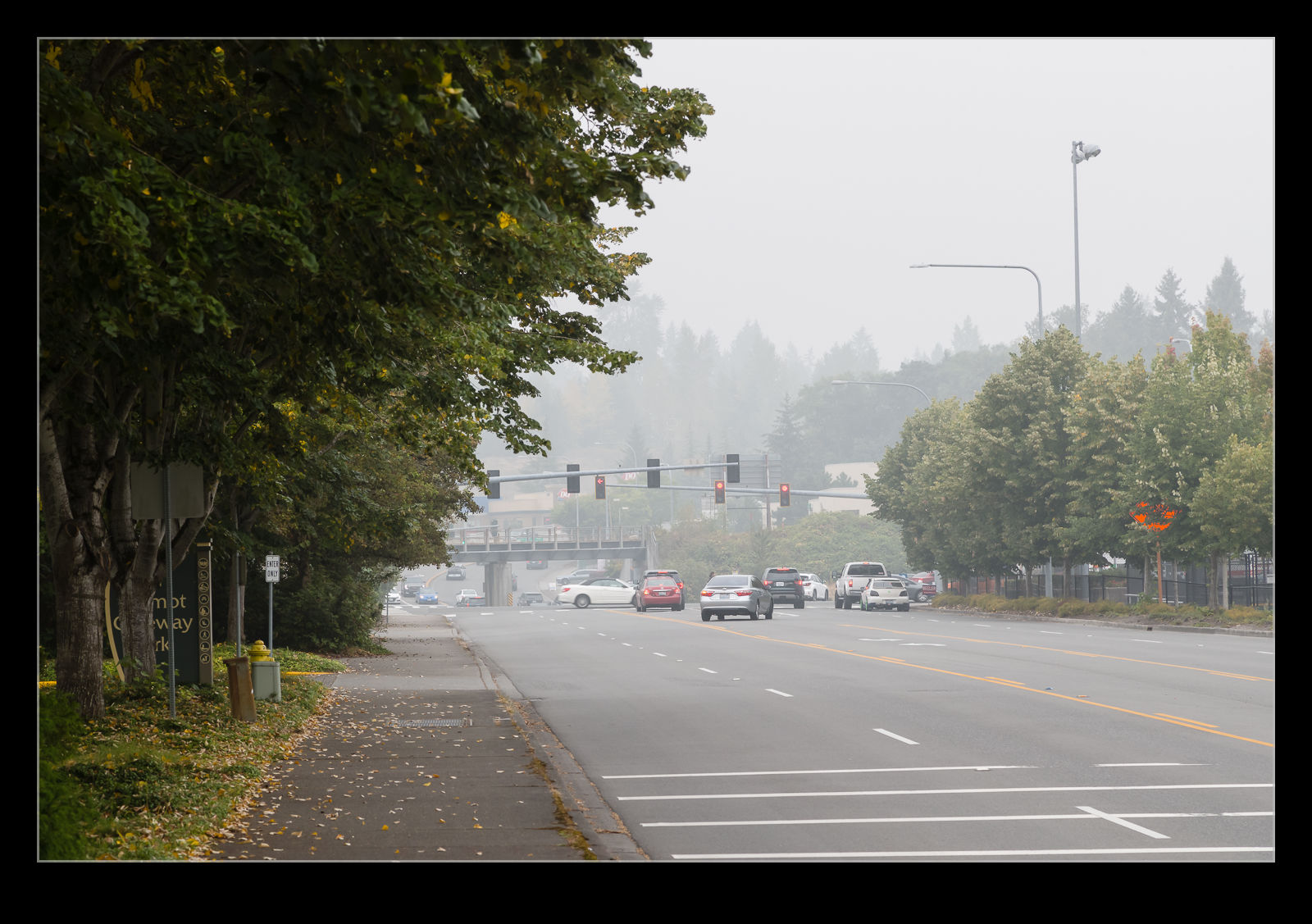