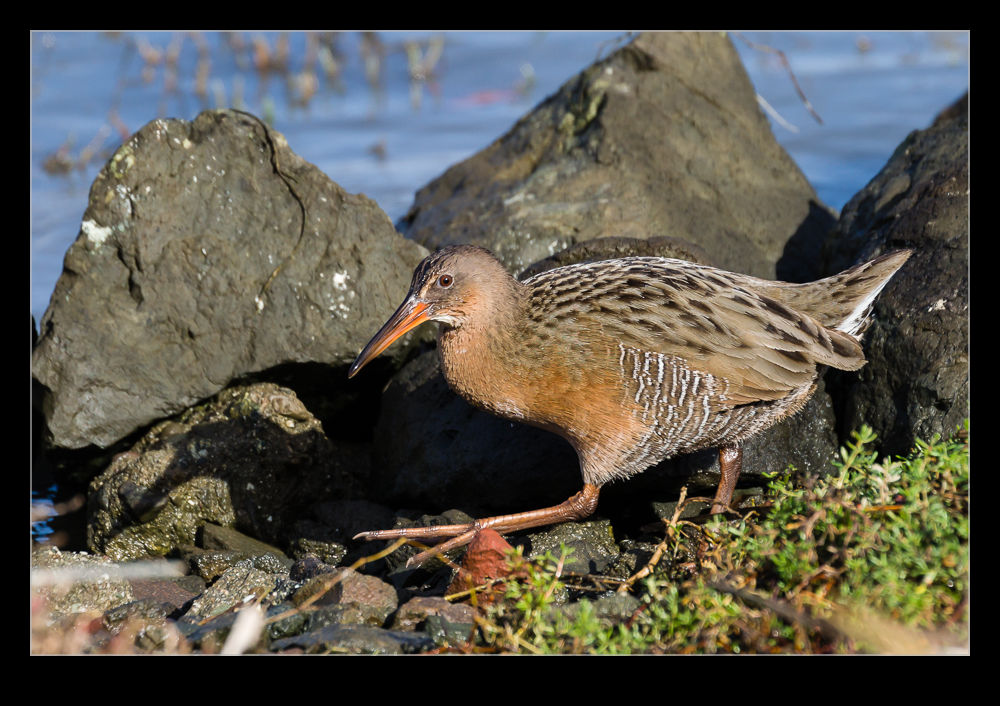 The shore of San Francisco Bay is home to many varieties of bird life. I was walking along the water’s edge with my friend Roger one afternoon when he asked me whether I had ever seen a Ridgeway’s Rail. I confessed I had no idea what it was so also had no idea whether I had ever seen one. He told me that it is a species that is not widespread and mainly confined to the Bay Area. They are shy birds and so not common to see. 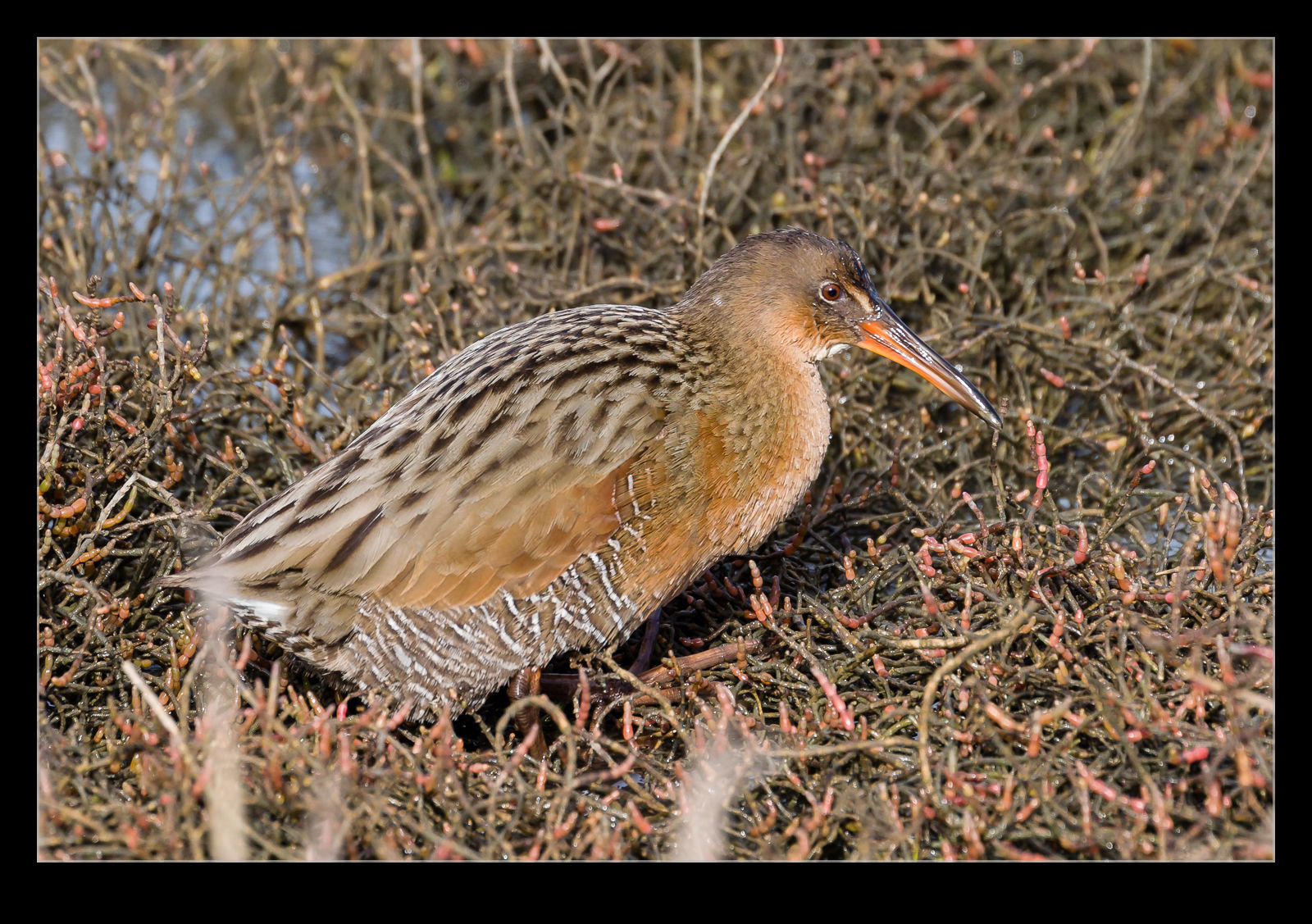 It can’t have been too long after this conversation that Roger spots – you guessed it – a Ridgeway’s Rail. Not only did he spot this thing but it then decided to try and disprove any thoughts about it being shy. It wandered along in front of us feeding constantly. Occasionally it would go out of sight as it dropped into some thicker foliage but it would soon reappear and keep feeding, occasionally looking up at us to make sure we were taking its picture. We found the most demonstrative example of the species apparently. 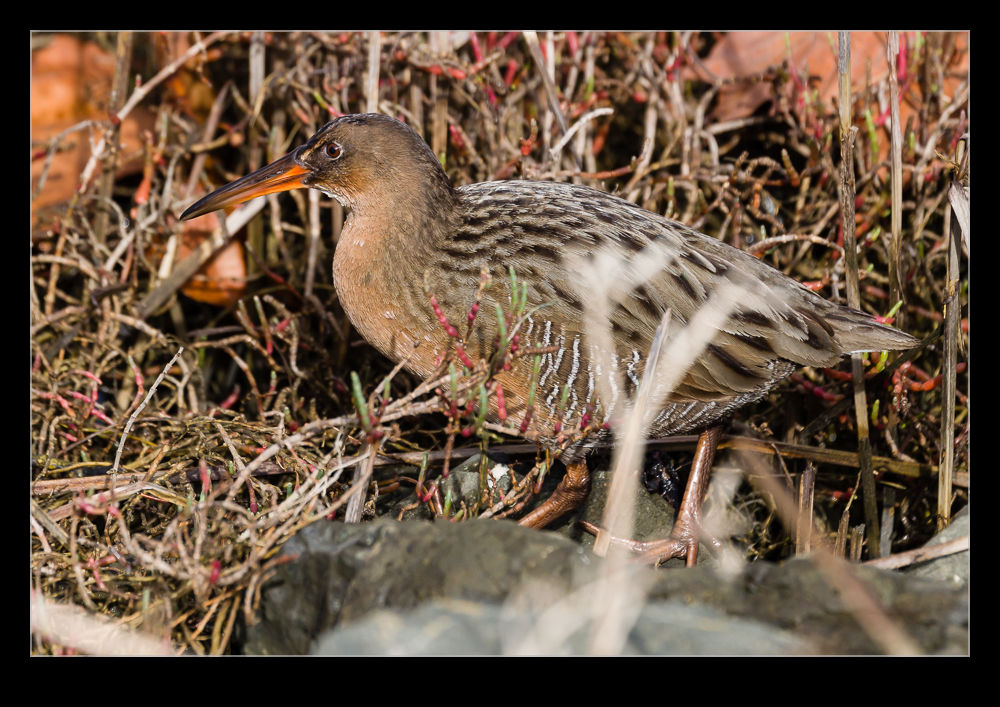 If you have never seen a Ridgeway’s Rail, this is what it looks like. If you want to see one for real, meet up with Roger and have him tell you about how rare they are and this guy will surely show up shortly afterwards! 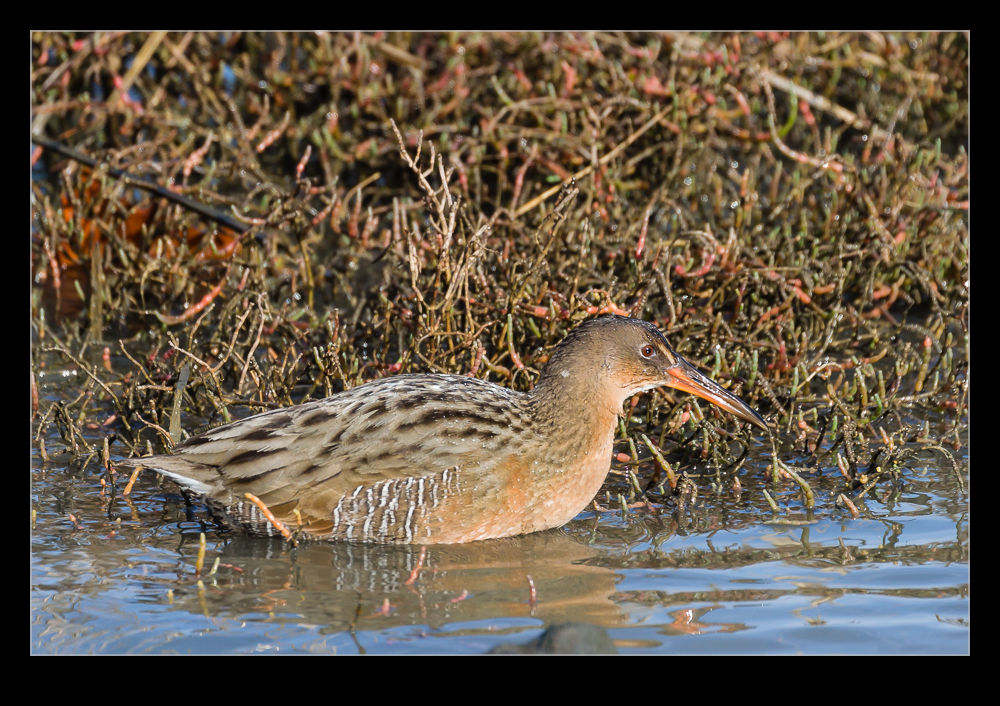