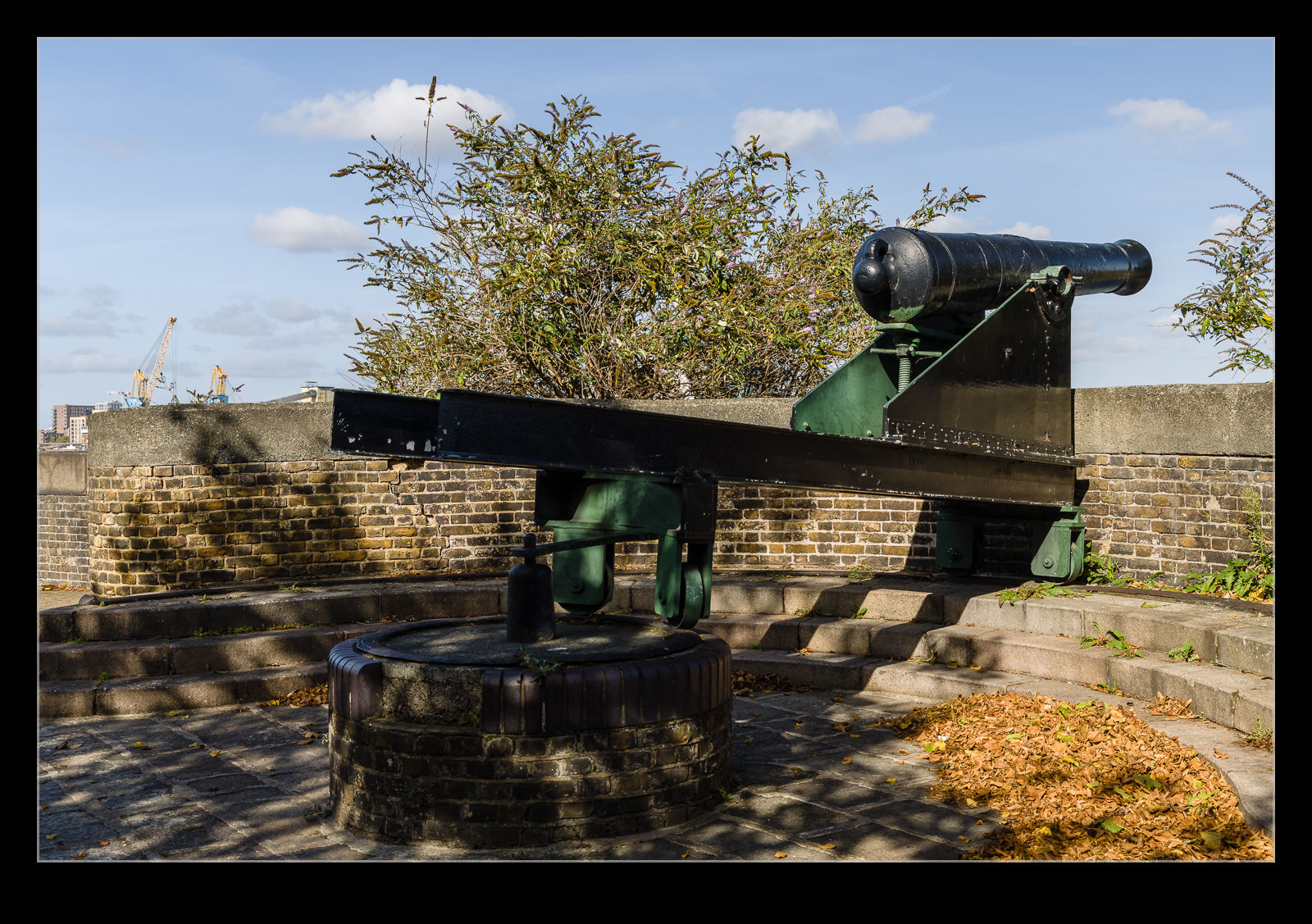 As I explore the Thames further, I walked along the shore heading west from Woolwich.  I came across what is left of the naval base that used to be there.  I didn’t realize that a naval base had been there but a few signs explained my ignorance to me!  There was a gun emplacement facing the river that, judging by the guns, was clearly very old.  Not sure how an engagement would have occurred but it would have been messy. 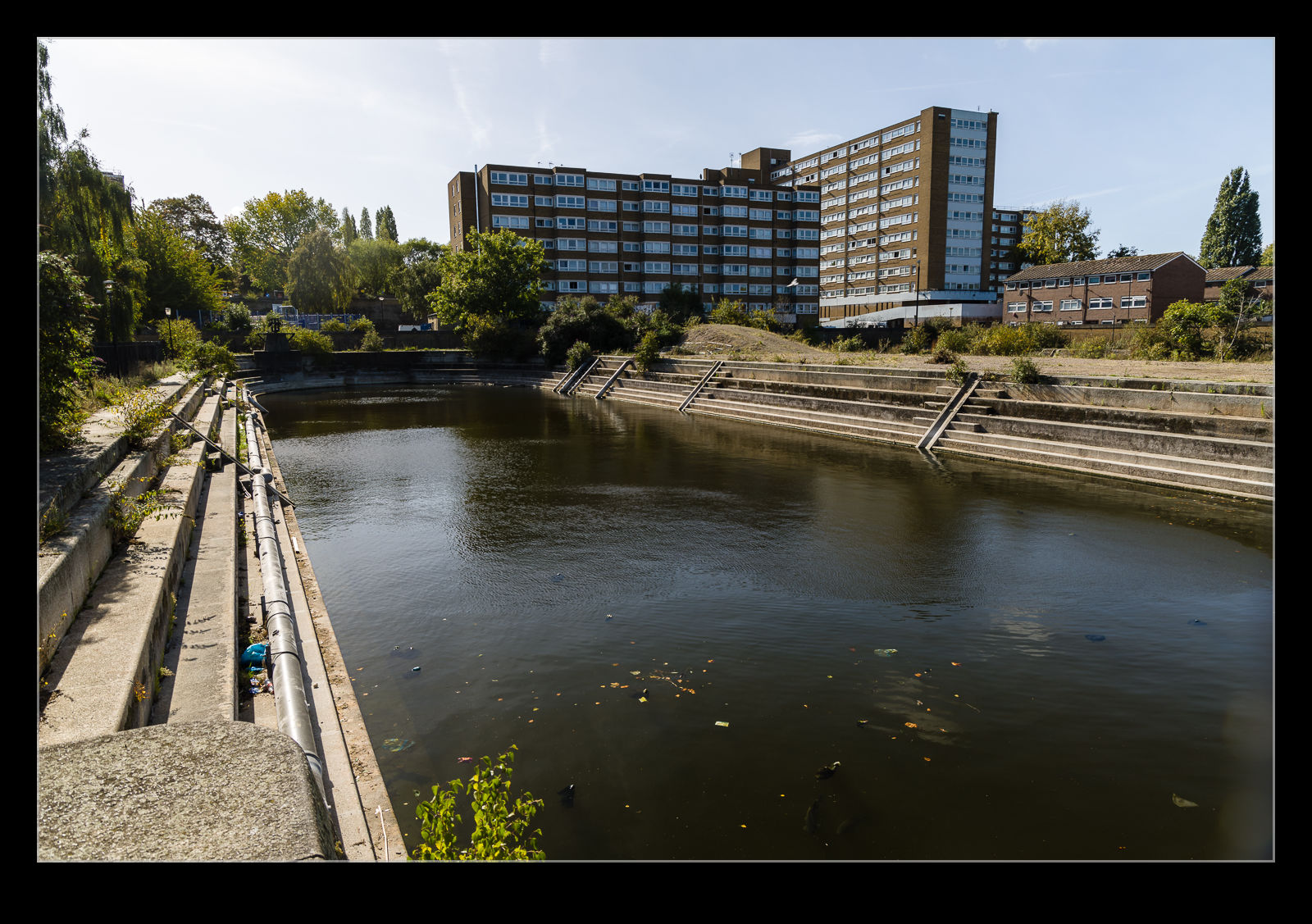 Additionally, I came across a couple of dry docks.  They weren’t dry and they were permanently walled off from the river but they were a testament to what had once gone on here.  As an aside, I recently learned a little more about dry docks as a result of something at work.  I had figured that what I was seeing was a dry dock, and it is, but there is more than one type of dry dock.  Some are floating docks (of which I have seen a fair few) and this type is known as a graving dock.  Never too old to learn! 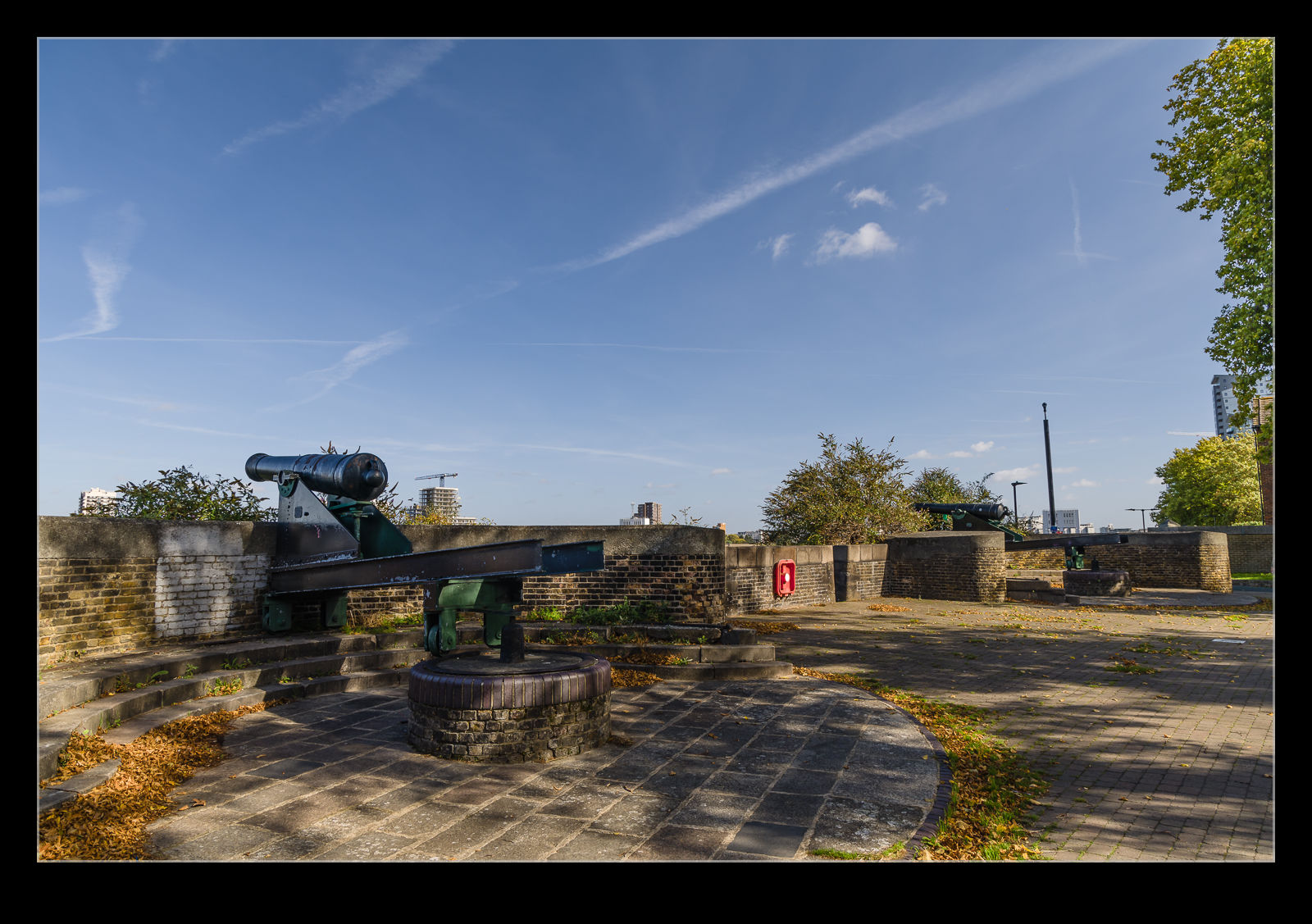