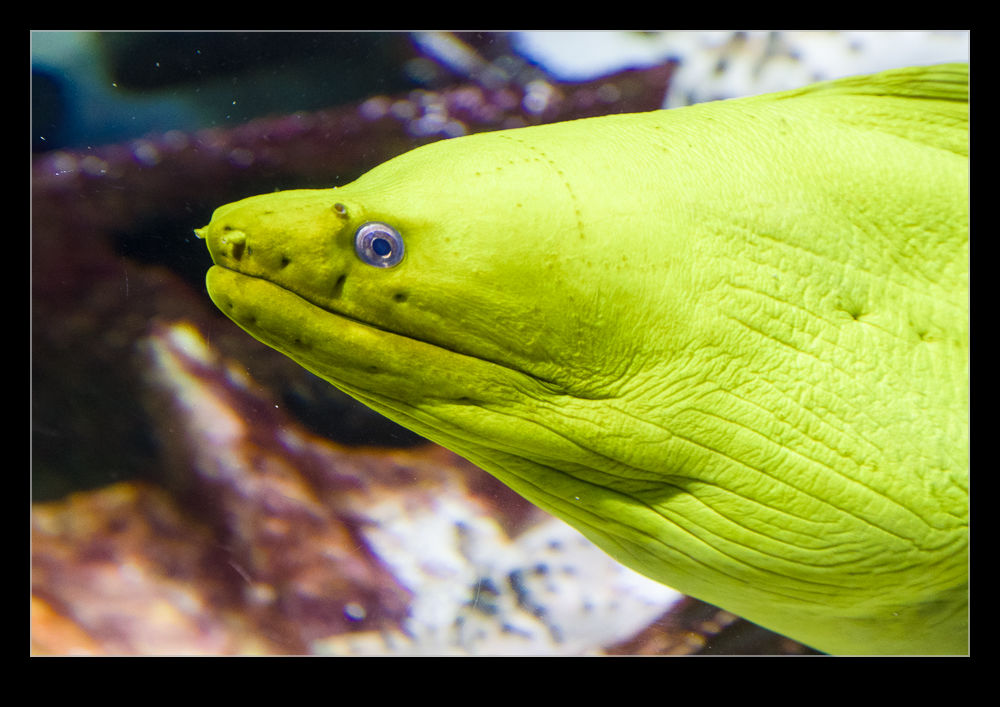 Nancy thinks I am nuts (probably for many reasons) but one of them is because I find eels fascinating.  Most aquariums seem to have some eels on display and I love to look at them.  Very often they are pretty reticent about coming out, preferring to stay in their crevices keeping an eye out for something tasty.  However, at the aquarium in Newport, the eels were a lot more active. 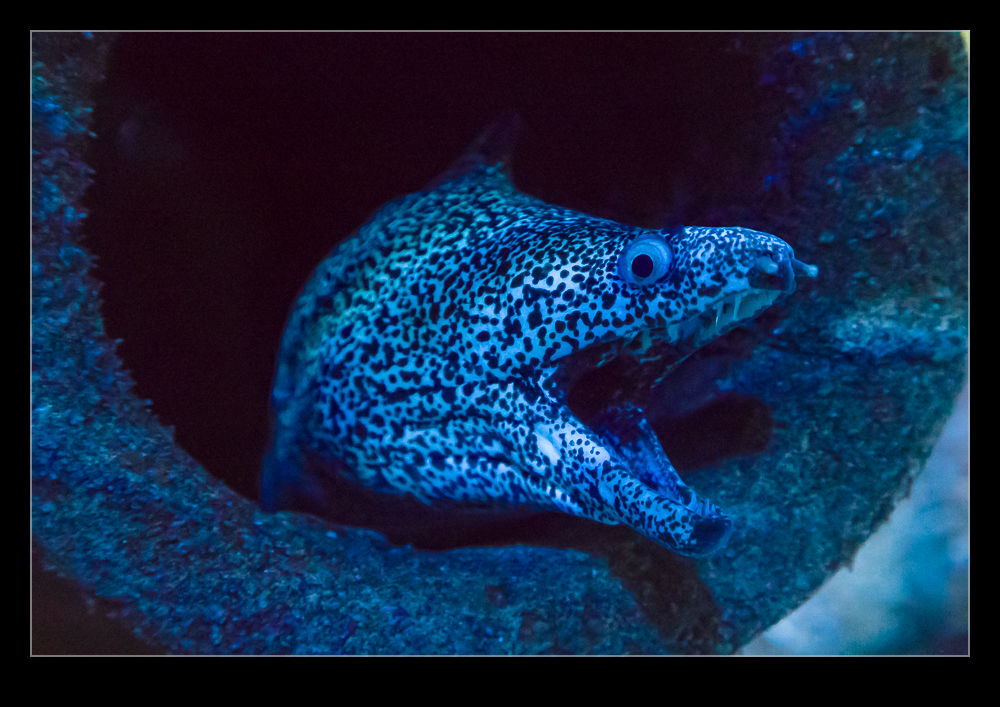 They were either swimming about (including clattering in to each other) or they were in a hole but coming out of it regularly to see what was going on.  I have never seen them so active.  Needless to say, I got a bunch of pictures as well as trying some video of them.  Not often that they are so mobile. 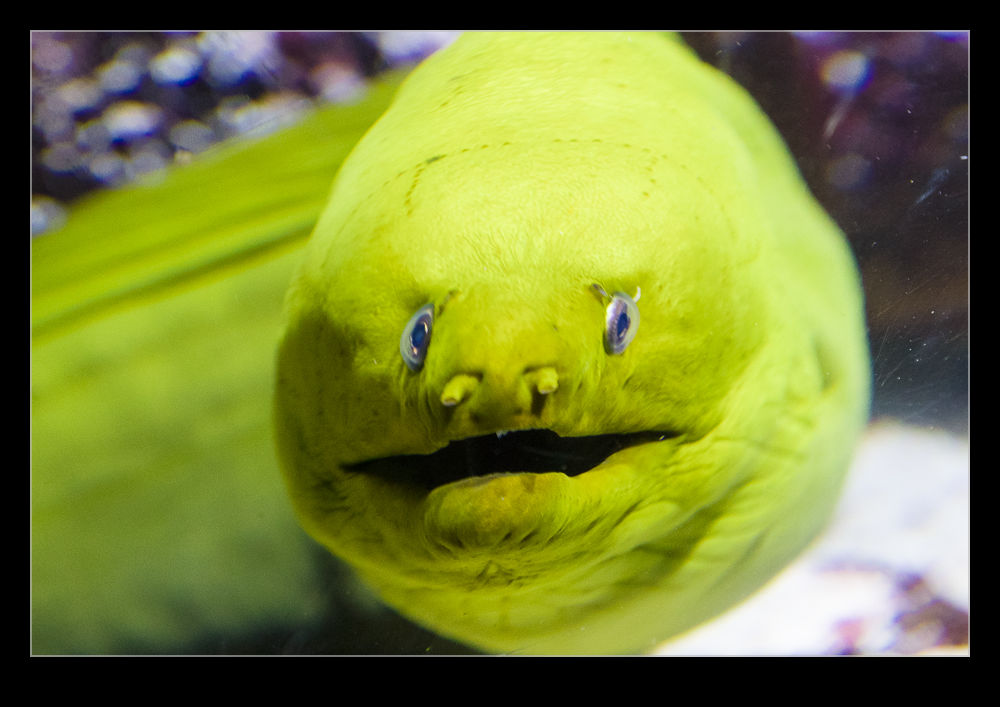