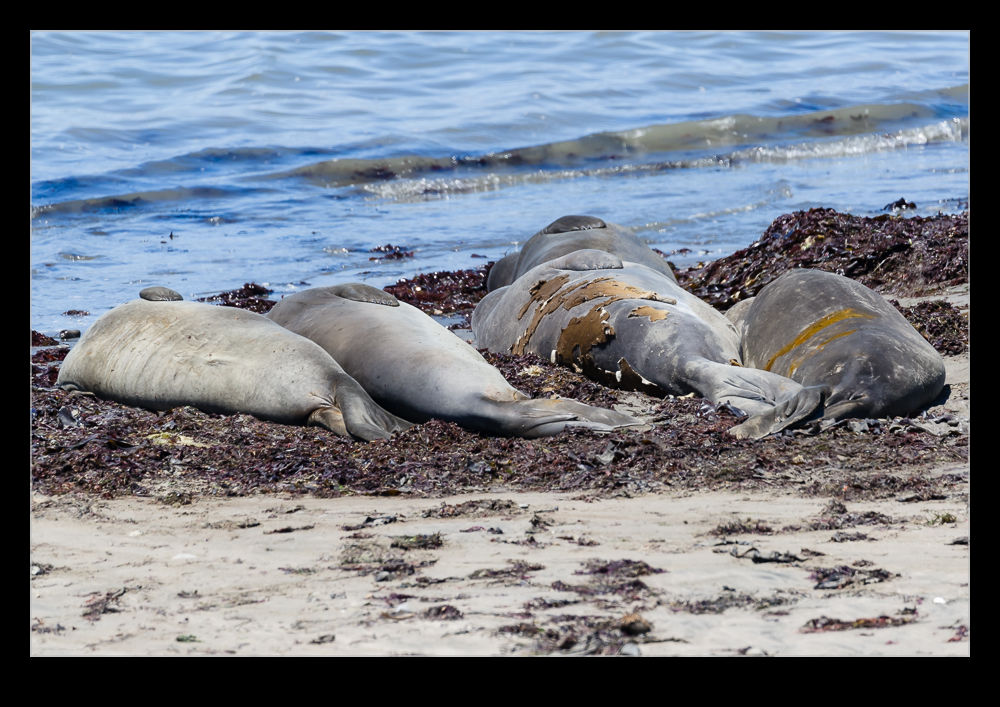 It had been a few months since we had last visited Ano Nuevo State Park so Nancy suggested we take a trip there.  On a hot day inland, a run to the coast is certainly a good idea.  Besides, the elephant seals were in their molting season so were lying up on the beaches as they shed their winter skins.  Things were a lot quieter than is the case in the mating season.  A few immature males were practicing their fighting techniques in the shallows but nothing too serious. 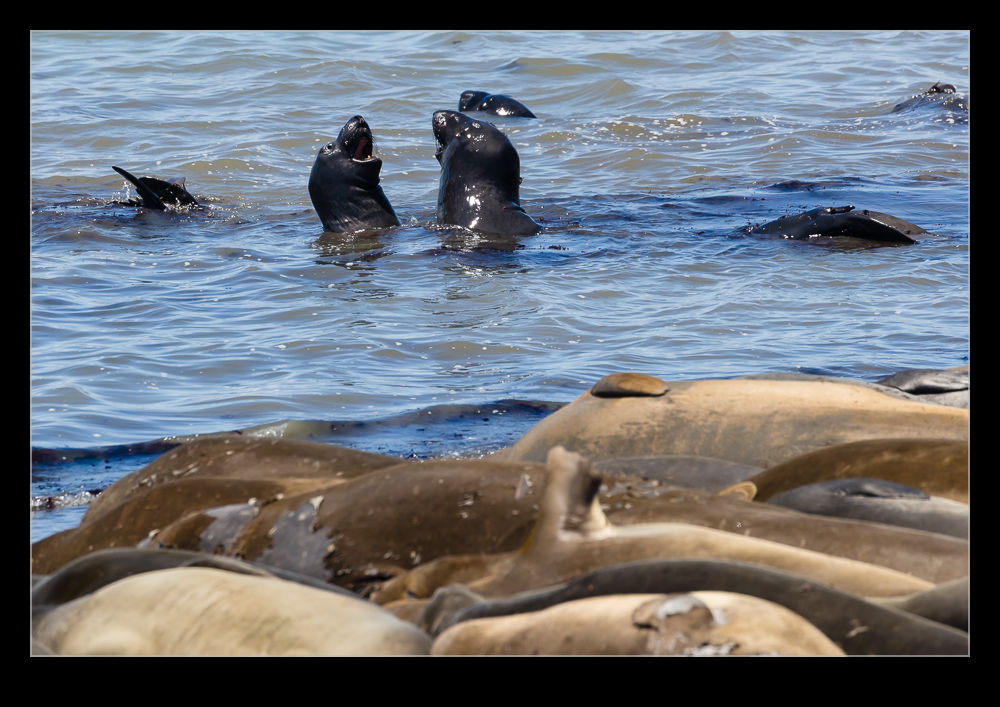 The molting process takes a while.  As the seals lie on the beach, you can see them going through the process with significant chunks of the old skin gone but a lot still left.  Over time they shed the whole thing and then can head back out to sea to resume their normal plan of eating, eating and more eating. 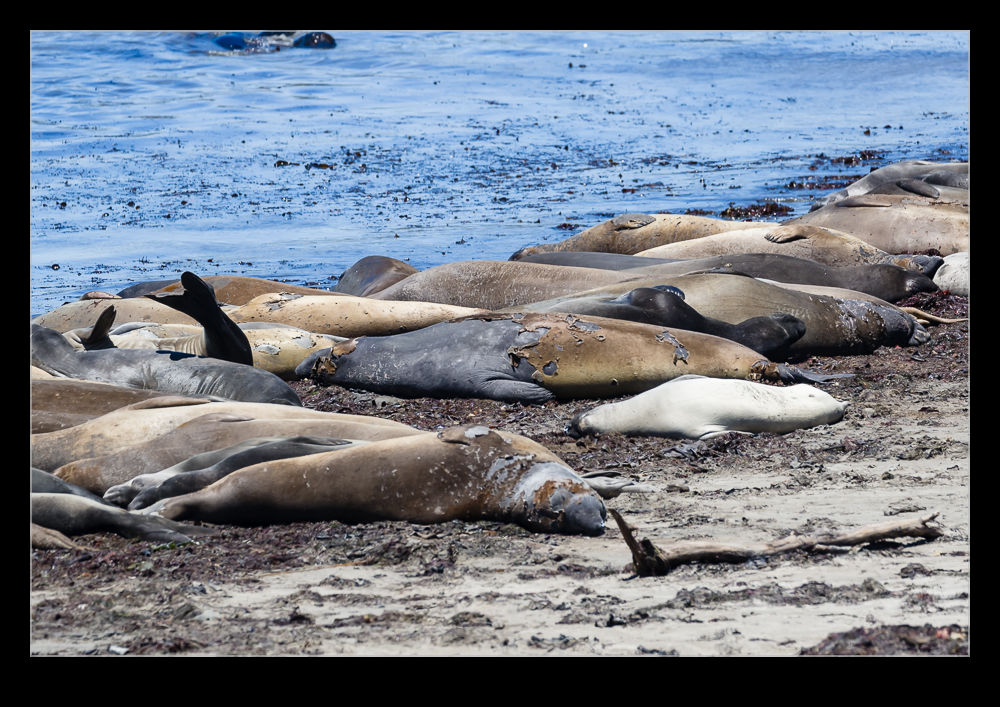