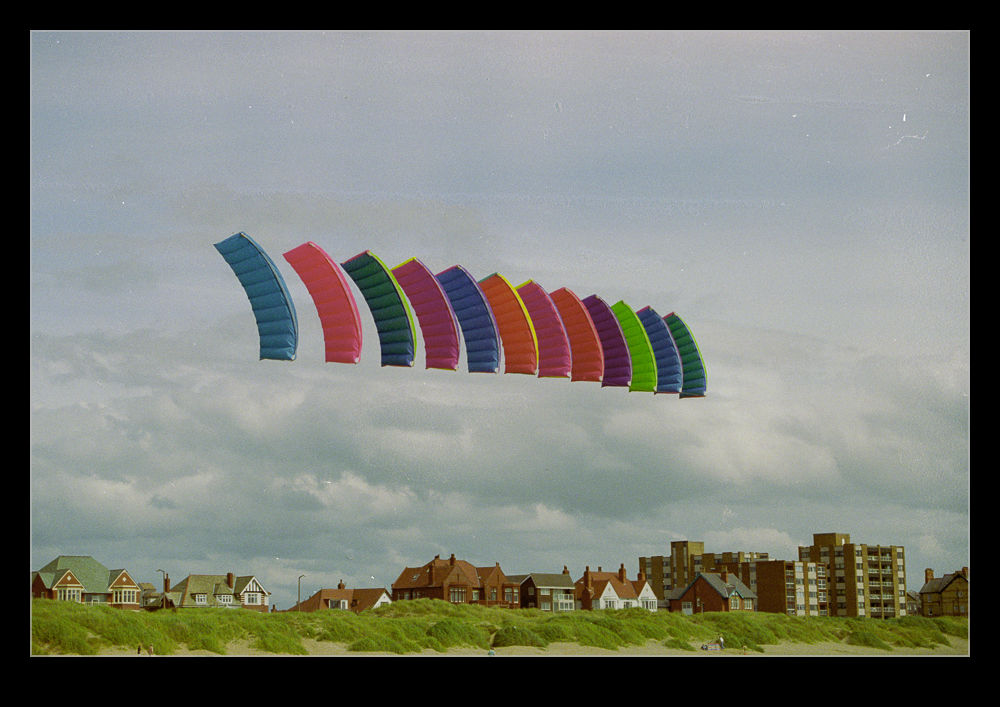 In putting together a recent post about the kite festival in San Ramon I was taken back to my kite flying exploits when I lived in Lancashire. I had always been a kite fan as a kid and had a Peter Powell stunt kite at some point. In the early 90s, the designs of kites really got inventive. I bought my first flexifoil kite when I lived in Lytham and had a lot of fun flying it on the green by the sea. A few of my friends also got into the flying and they bought the same kite. The design meant it was easy to stack them on the same lines which meant you could have quite a lot of pull if the wind was good. 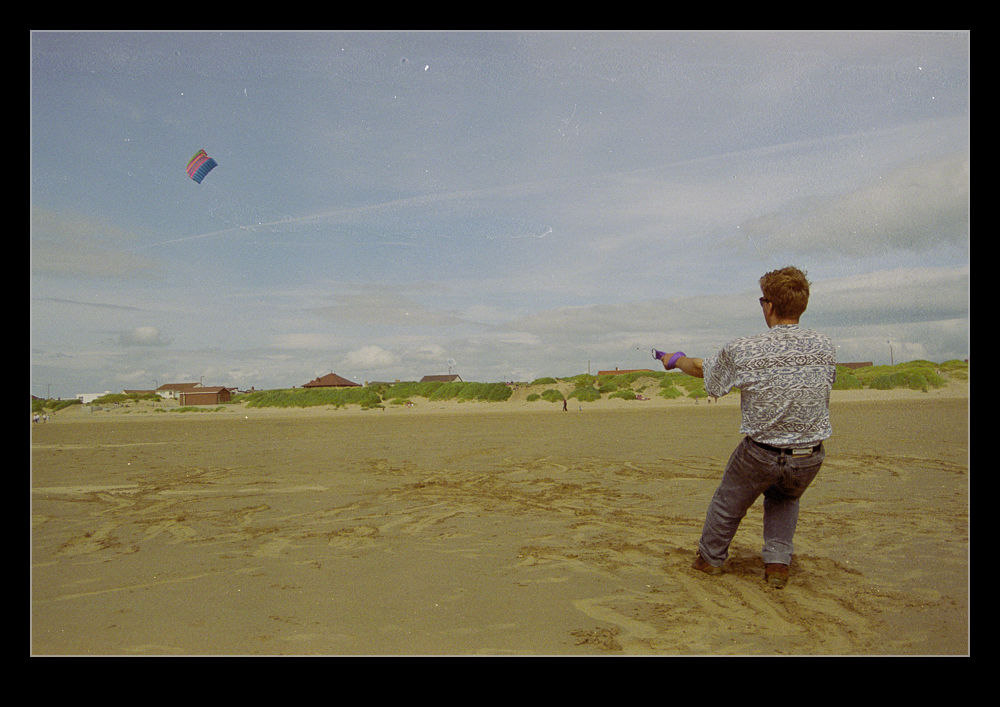 We weren’t the only ones flying though. Some other people were flying on the sands at St Annes so we headed down there one time to join in making quite a stack. My flexi was 6’ in span. We had about ten of them on the line with two 8’ span kites and one 10’ on top. The wind was not strong but this was quite a combination. 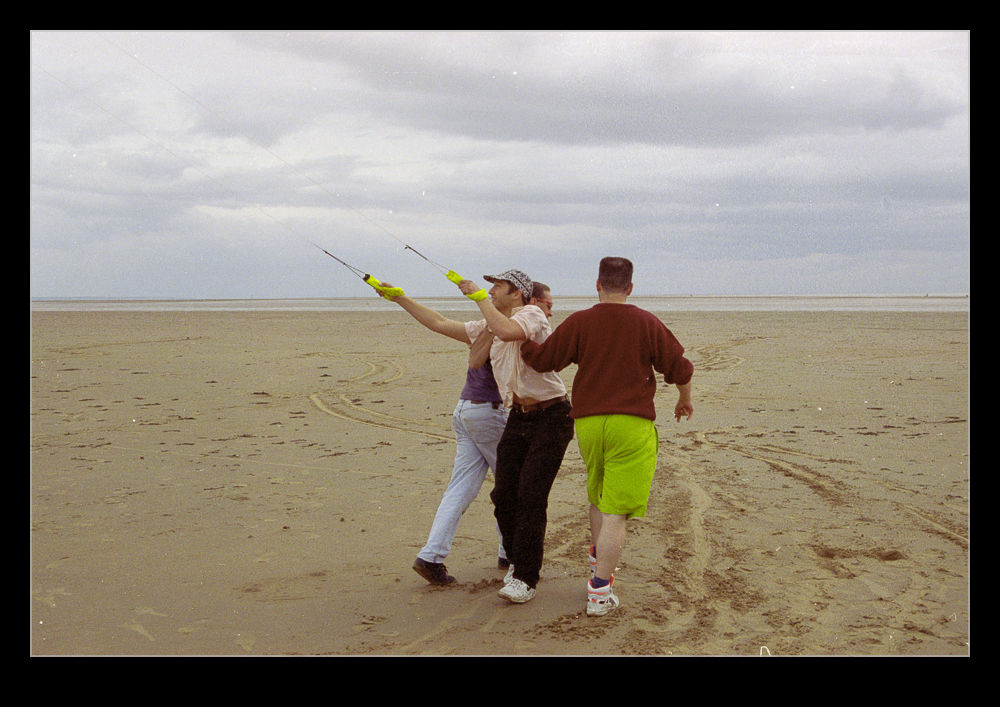 We all had a go at flying this. I found that I could turn it one way a lot better than the other as a result of lacking arm strength on one side. We all got dragged along by the combination. Retreating along the beach needed a couple of guys to drag you back. My mate, Rich, got caught by a big gust and went rolling down the beach. We realized later that his watch had been ripped off and we never found it. I guess kite flying is more dangerous than we realized! 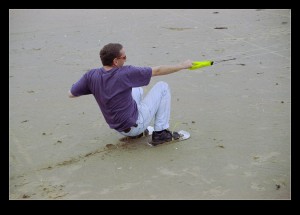 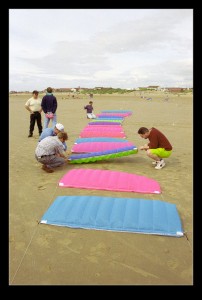 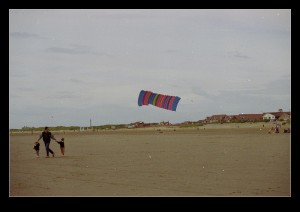 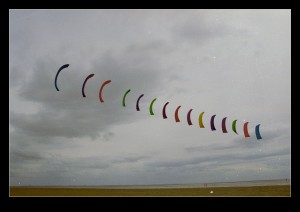