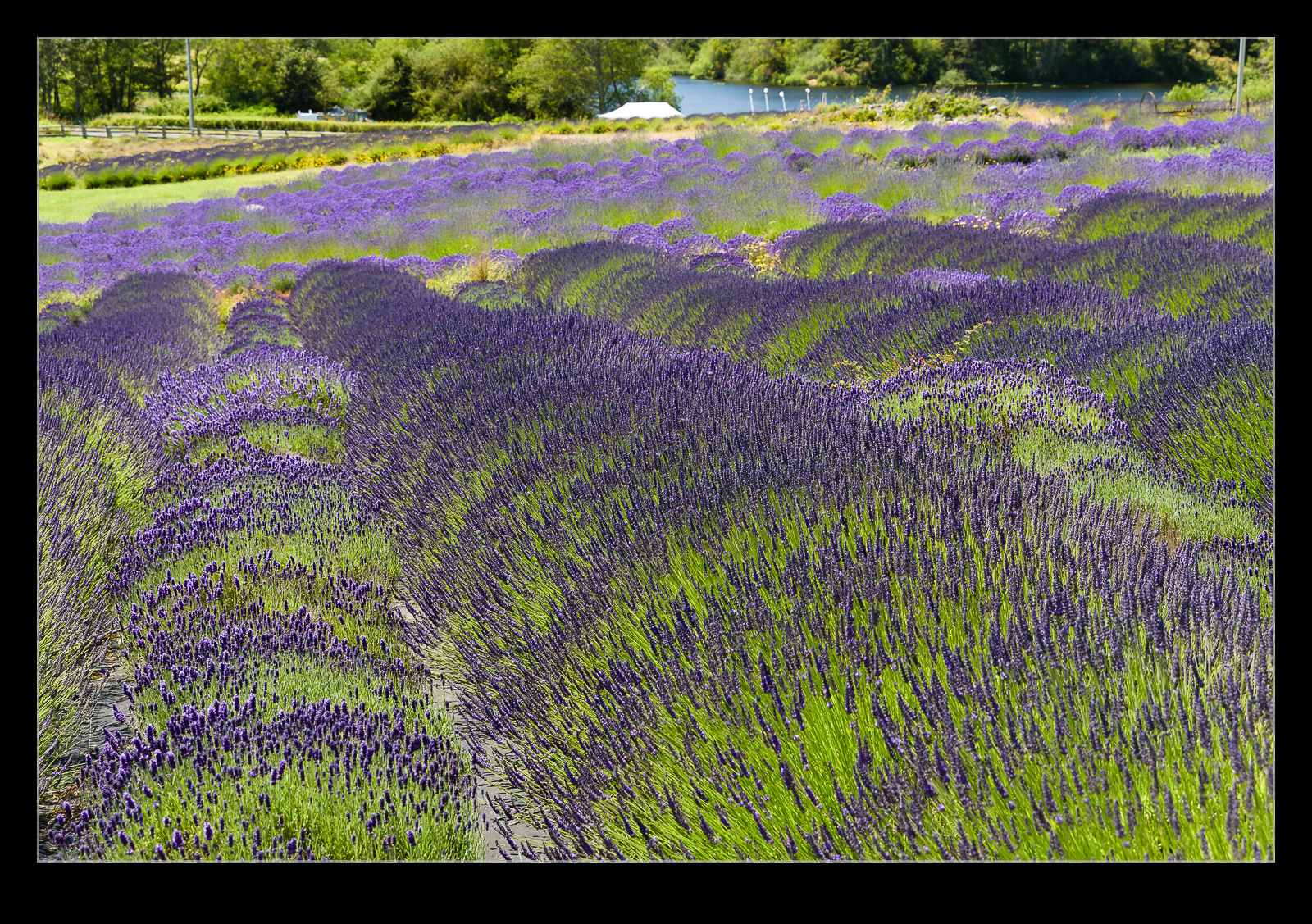 Nothing like making a mistake and having it work out better than your original plan.  We were driving across San Juan Island after visiting Roche Harbor heading to Lime Kiln State Park.  We had been discussing the lavender festival taking place at Sequim during the day but it was not close enough that we were seriously considering a visit.  I thought I knew the route to the park but I managed to miss the turning and, after going for a while, realized the mistake. 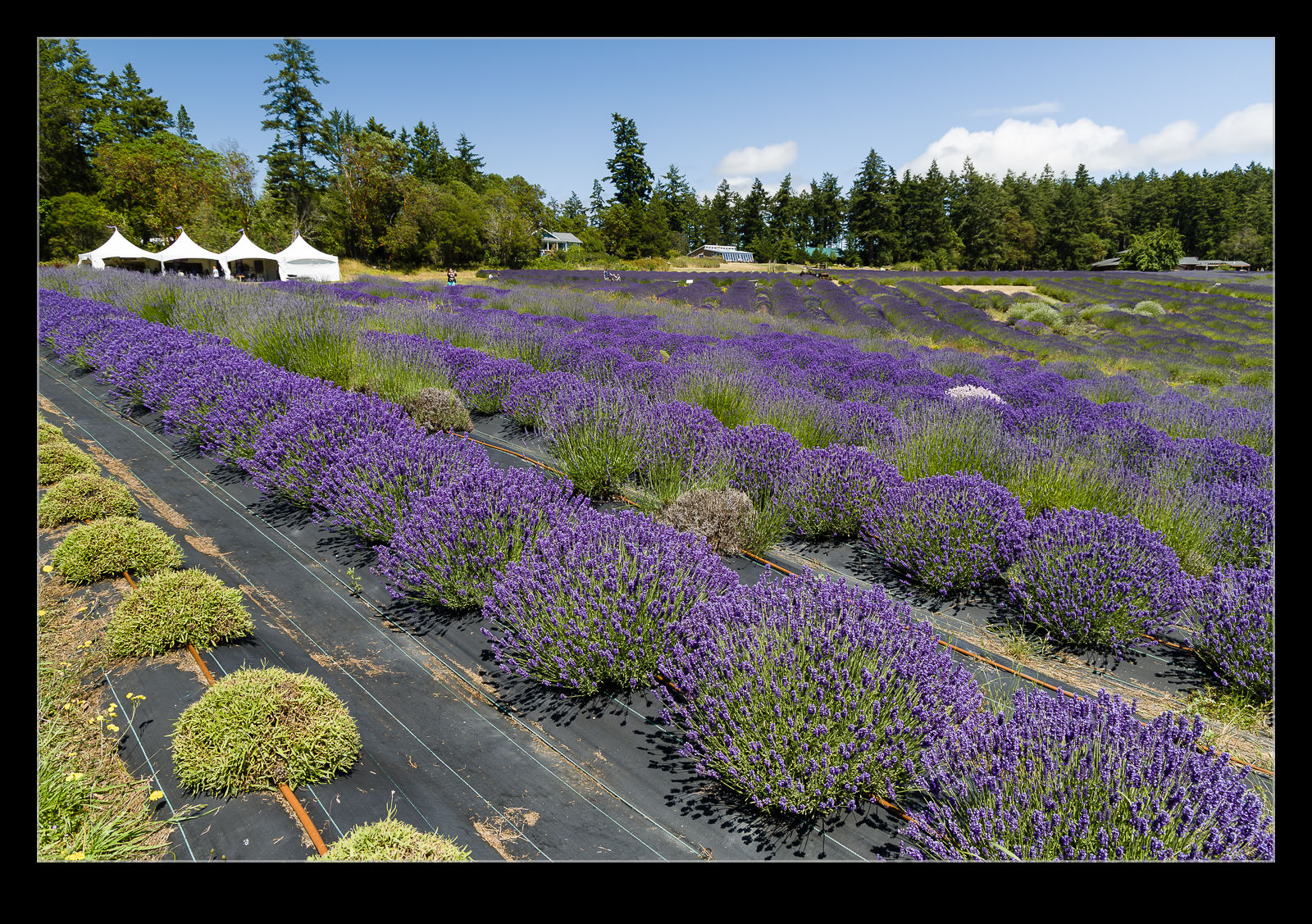 I put the destination in to the GPS and it told me that my turning was coming up.  As we headed back in the right direction, we came around a corner to see a purple field in front of us.  A rapid turn off and we checked out this lavender farm.  It was not on a road we would otherwise have used that day so we really were lucky to see it. 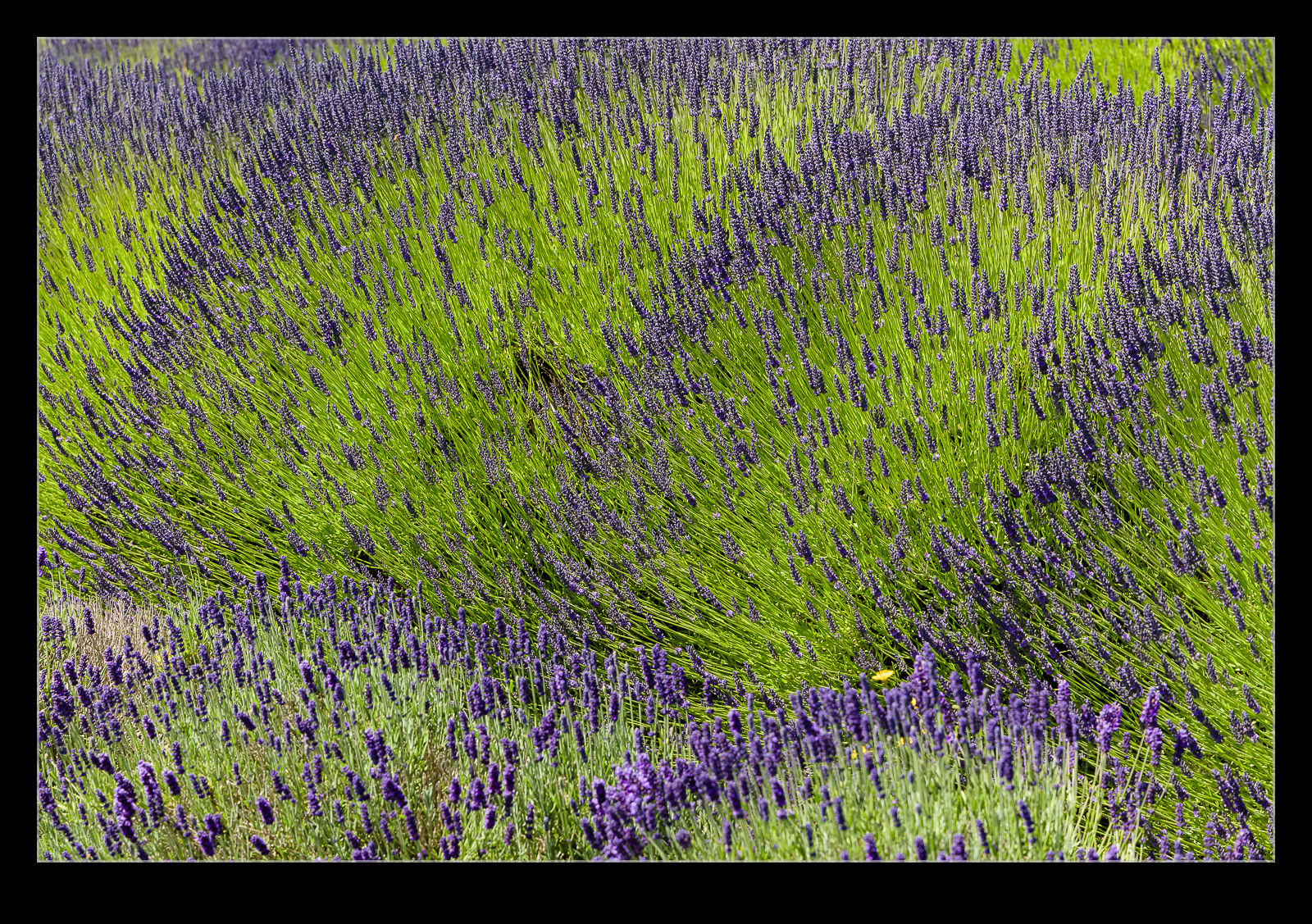 They have two main types of lavender that they farm but there was a pick your own field in which there were dozens of varieties.  I had never thought about different types of lavender before visiting this place!  There were pathways throughout the fields so it was easy to wander through looking at the patterns that the plants made as they were grown.  Too close and you could see too much of the orderliness and the raised beds and irrigation system.  However, stay back a little and it all blended together nicely.