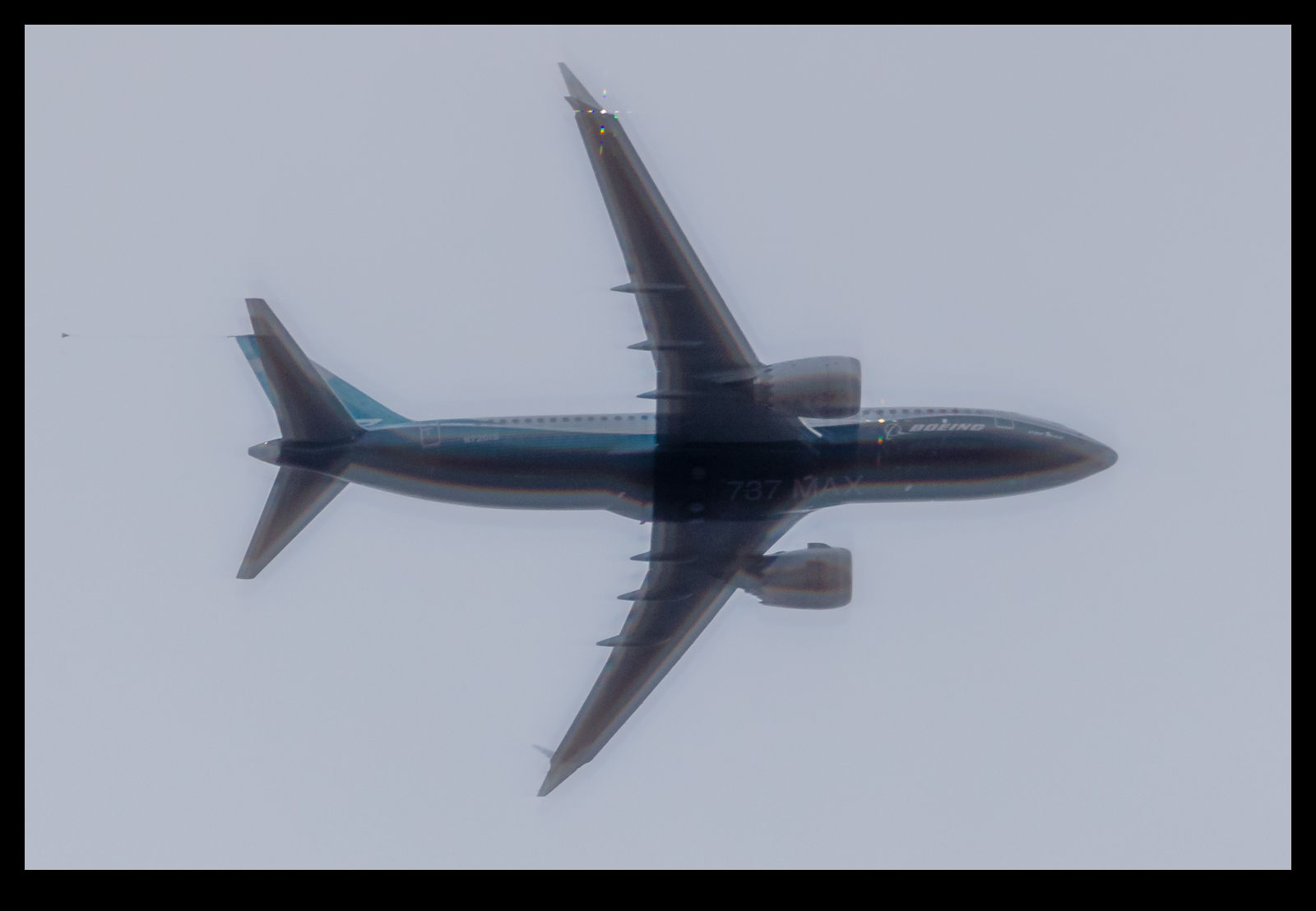 Occasionally I will get aircraft heading in to Boeing Field come right by the house.  Late Friday afternoon, two Boeing test jets were coming my way.  One was the first 777X and the other was that first 737 Max7.  The usual route brings them just slightly north of the house so I was ready.  However, the Max was heading just slightly south of the normal track and looked like it might go the other side of the house.  At the last minute, I realized it would and ran through the the other side. 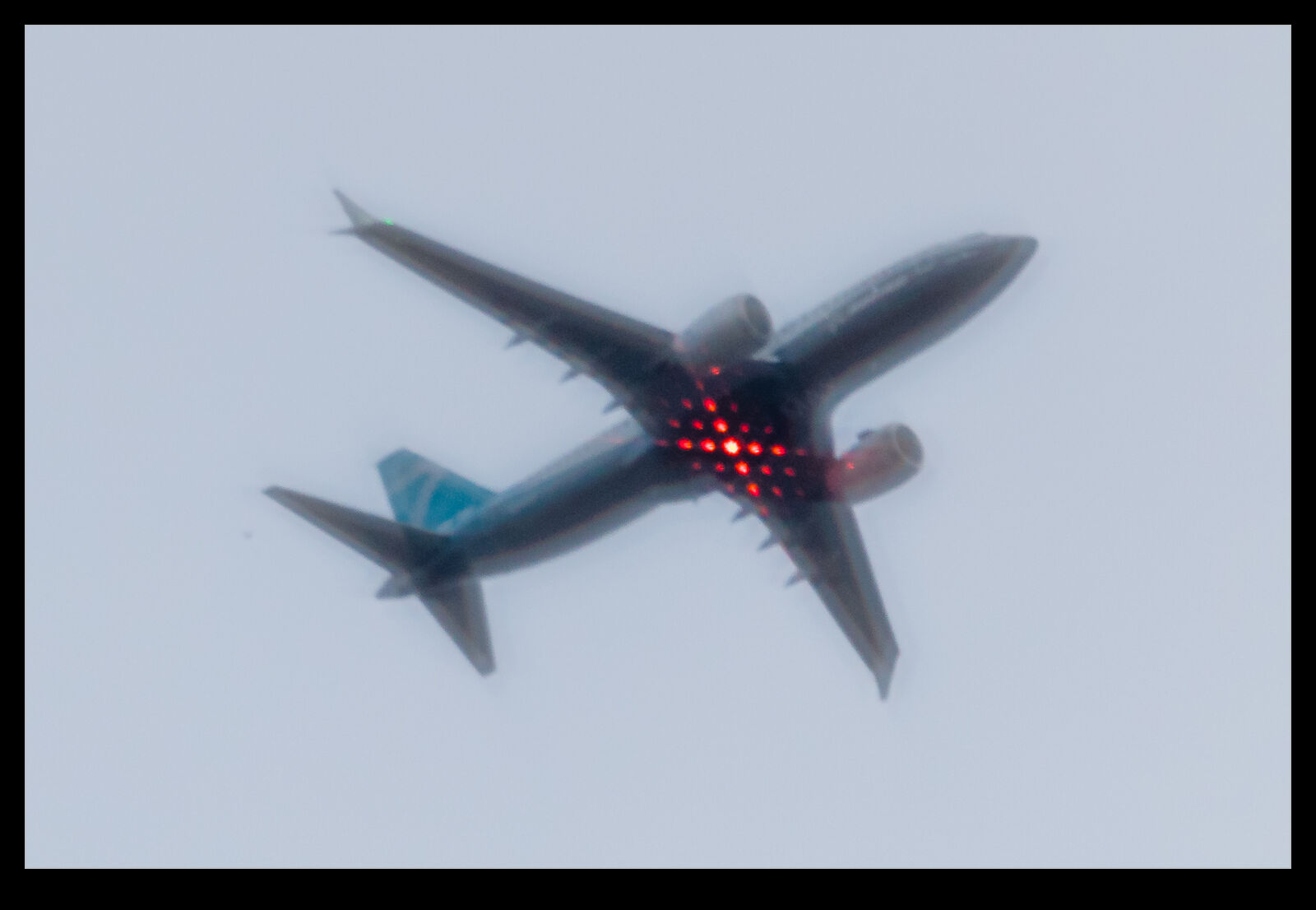 I got the window open but didn’t have time to remove the screen.  I thought it would take out some light but figured the large aperture of a big lens would just blur out the screen mesh since it was so close.  Through the viewfinder, things look pretty good.  However, when I downloaded the shots, I realized the shots were totally awful.  The screens had caused shadowing of the images.  The center image was there but I could see shadow versions about and below.  Then I got to one with a beacon flashing and that showed exactly how the pattern of light was scattered.  Based on what I see, I assume this is a diffraction effect.  It is a useless shot but it is very interesting which is why I am sharing it.