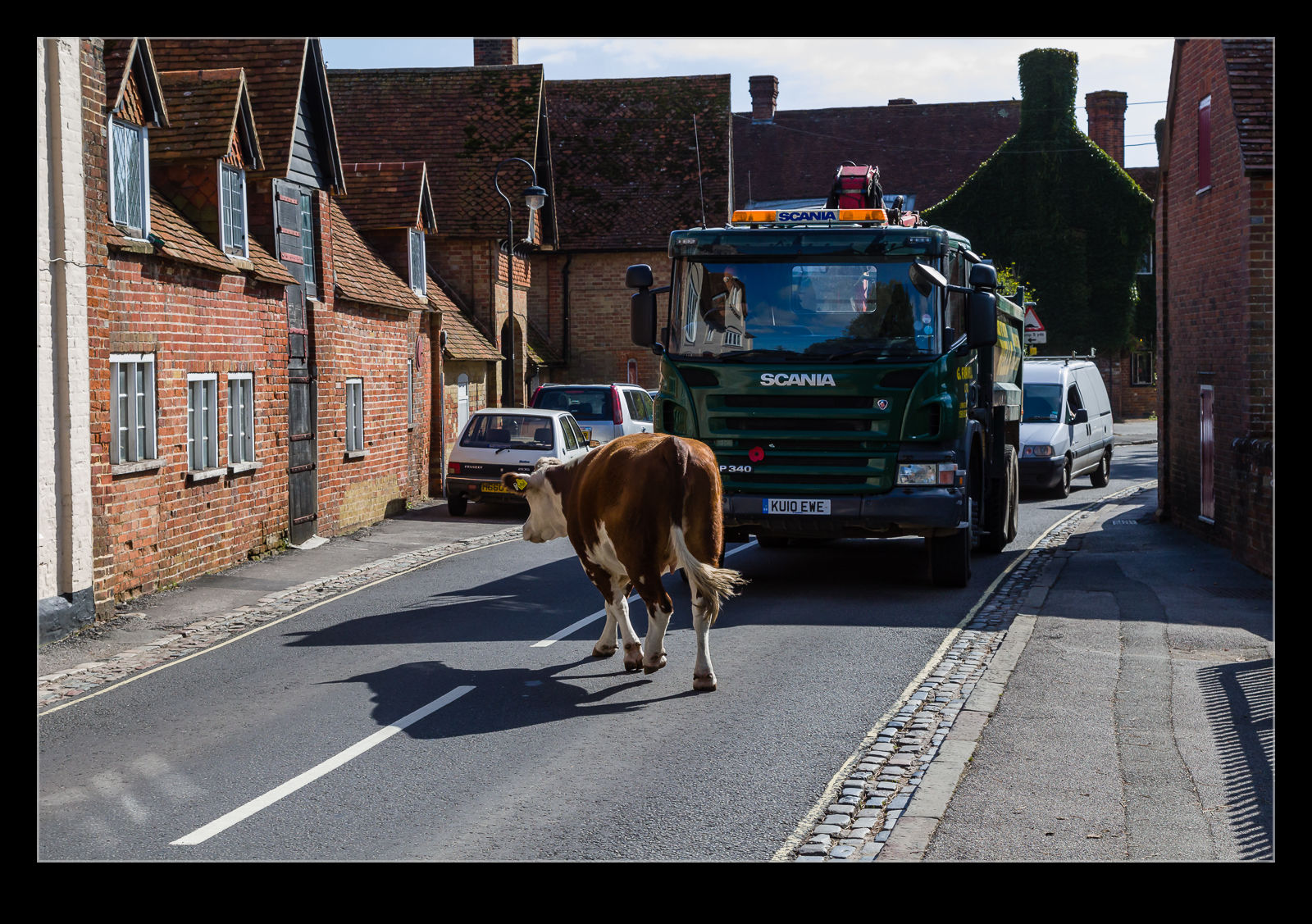 For some reason, I don’t think this made it to a post previously.  Nancy and I were going through some old shots from vacations in the UK and we made a stop in Beaulieu at the beginning of a trip nearly a decade ago.  (This stop included me having a nap in the car as the jet lag caught up with me.). One of the funny things of this visit was that some cattle were wandering through the middle of the village.  If you have ever been to Yellowstone, you know that the bison have priority over the cars.  UK cattle might not have the same weight as a bison but I assure you that the average UK motorist is not going to try their luck. 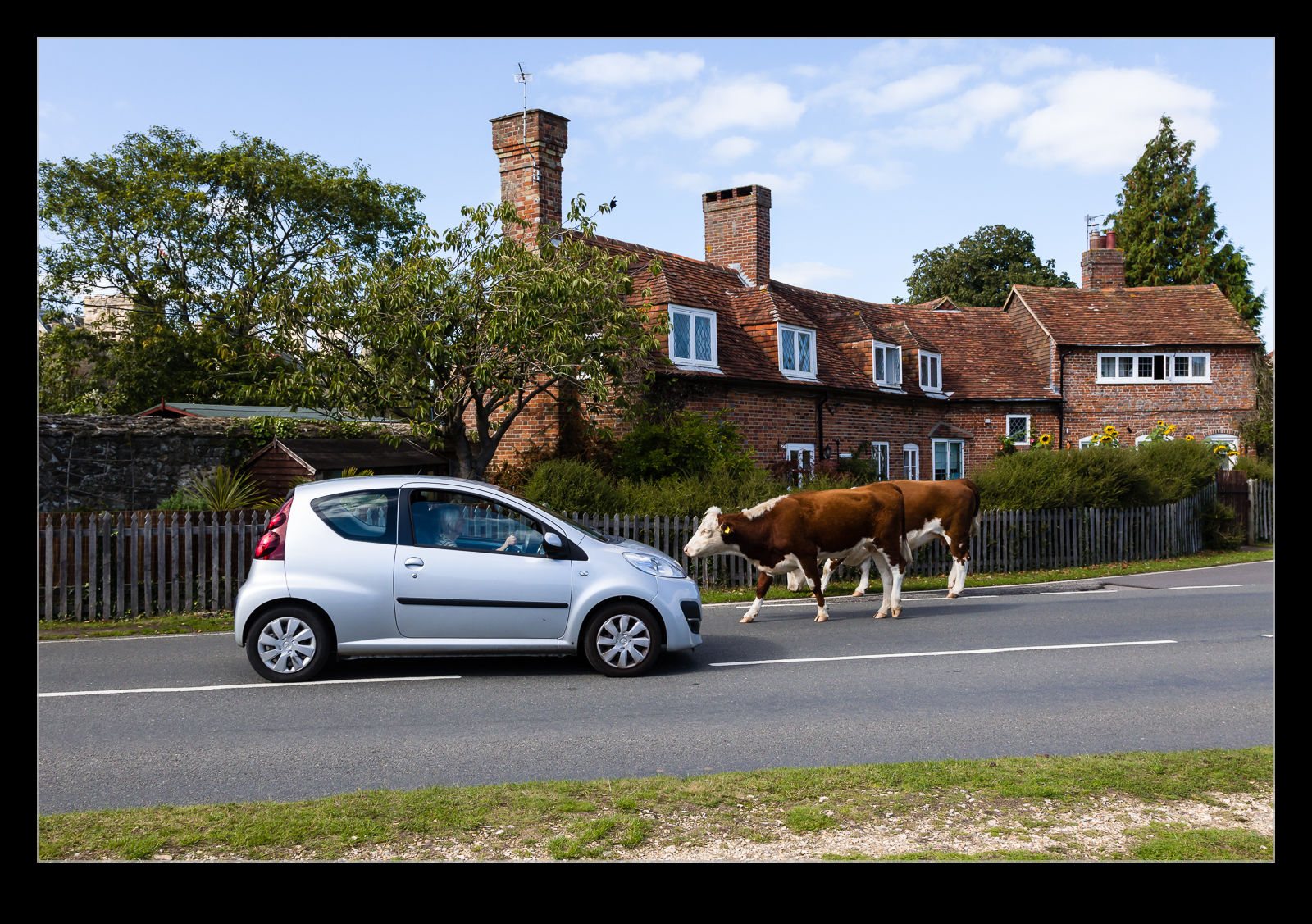 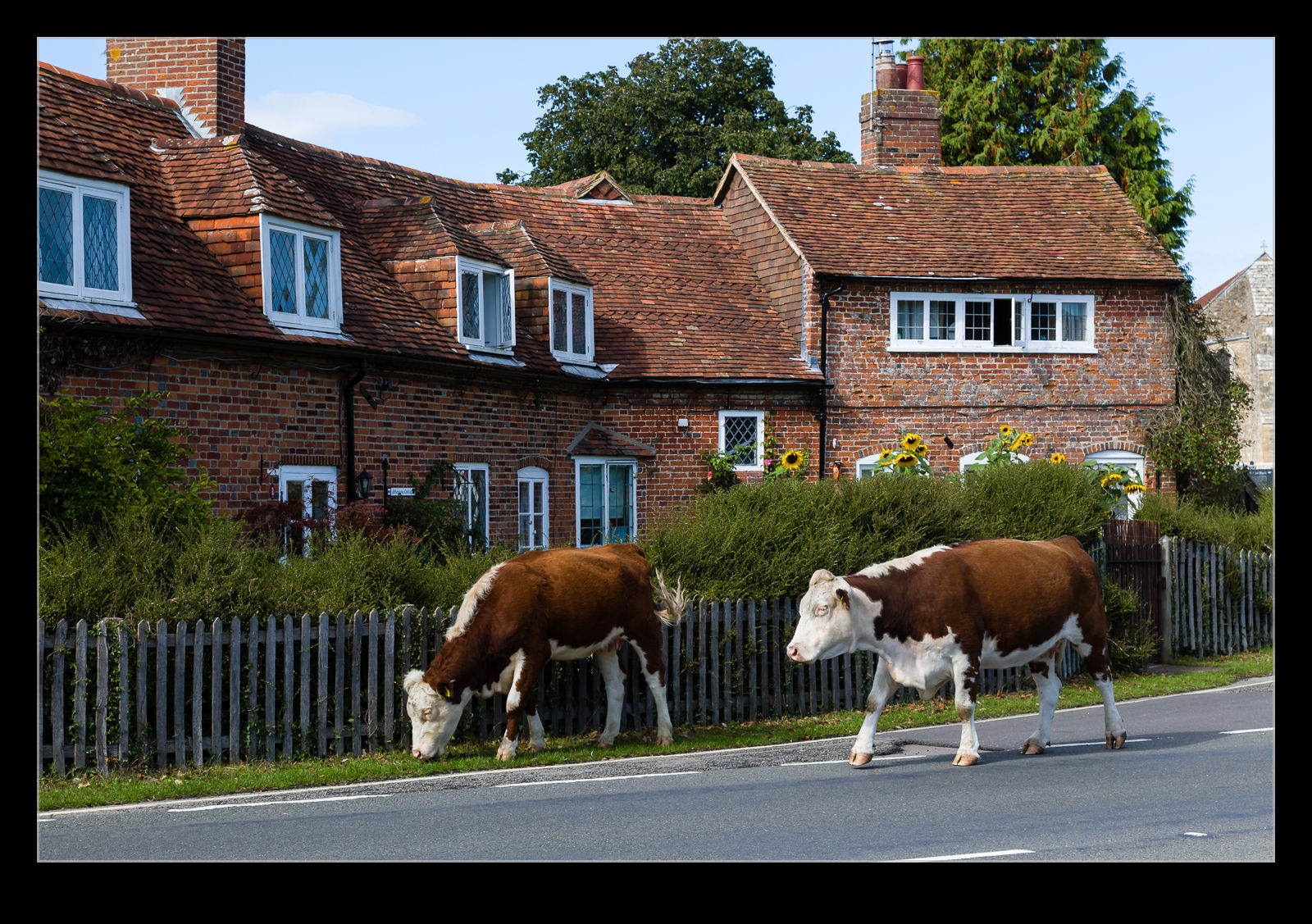