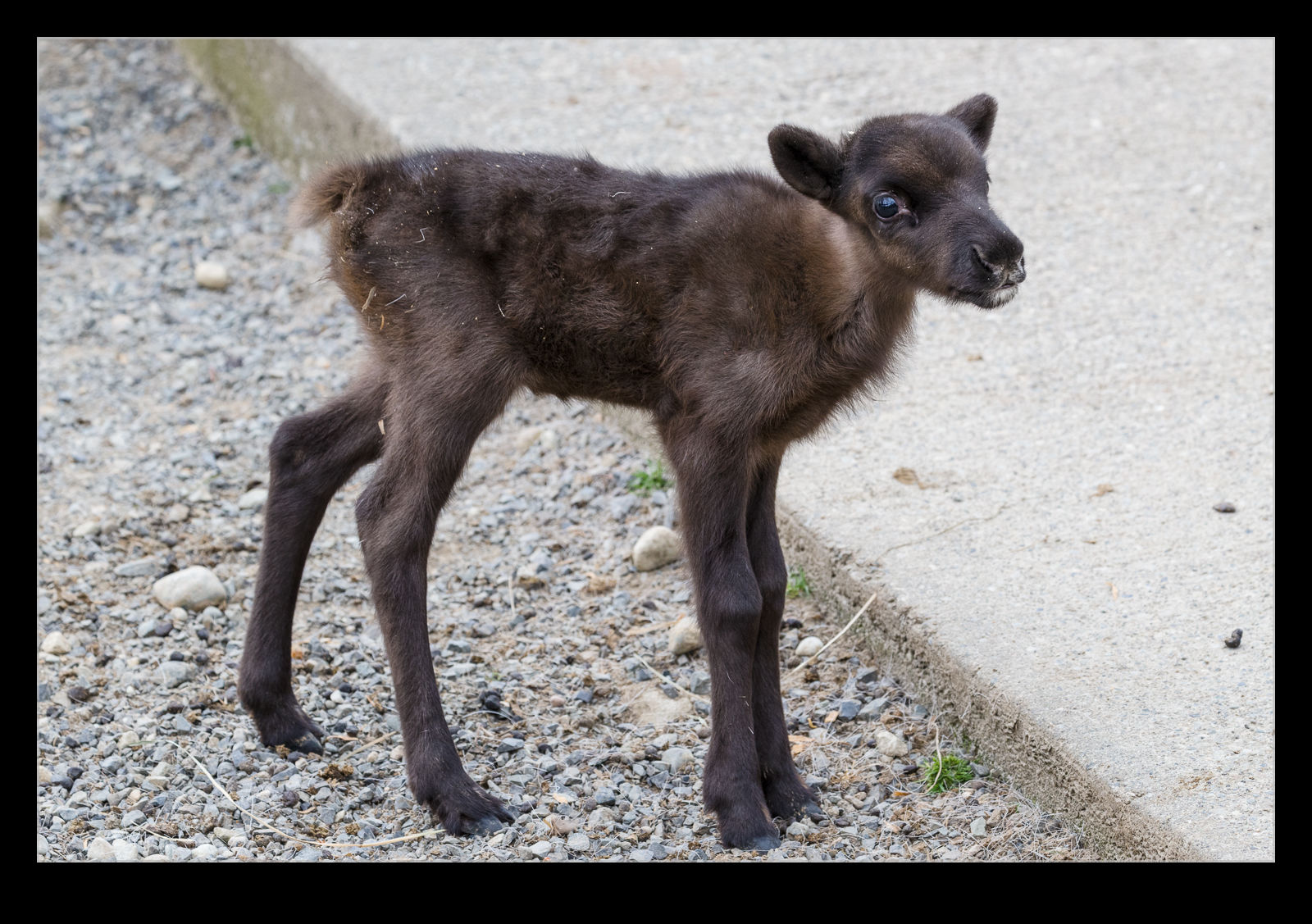 There is a school of thought that baby animals are a lot cuter than the fully-grown versions.  I guess cuteness is in the eye of the beholder so there may be some that find reindeer to be cute.  They are fine as far as I am concerned but probably not the cutest animal there is.  This herd had a number of babies (anyone know the name for a baby reindeer?) and some of them were more adventurous sniffing their way around the enclosure although the mother was never too far away.  They did look pretty sweet as the walked around the place, occasionally looking a little unsteady but generally showing that skill of instantly being mobile that humans clearly lack. 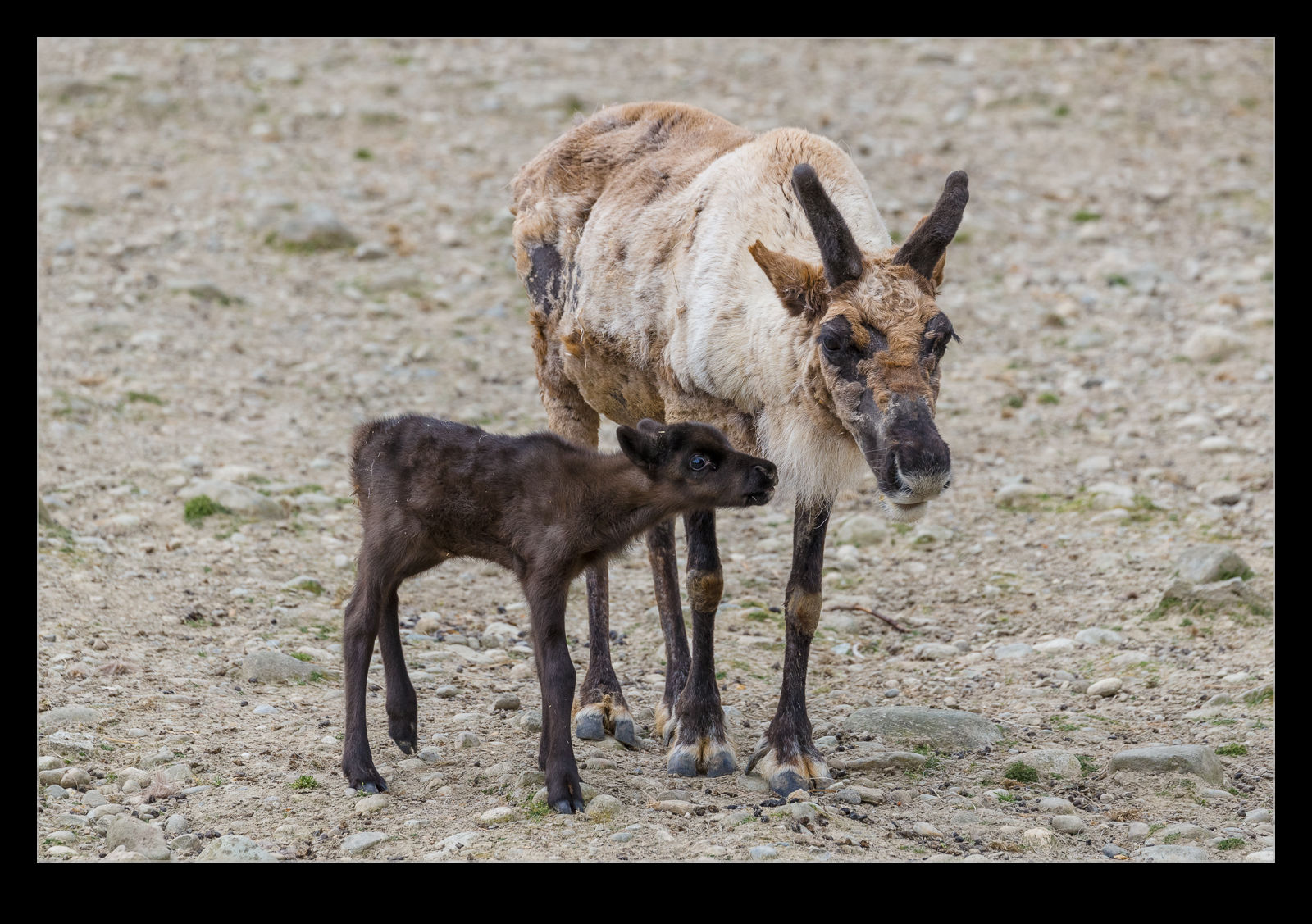