When we visited the Pacific Bonsai Museum, the parking lot was by a large office building that seemed pretty strange.  It was settled in a valley between two ridges with multiple levels with much greenery attached.  I was curious about it when we arrived and decided to look further when we came back.  It appeared that you could almost see through the building on some levels.  When we got closer, it was clear that the building wasn’t in use – at least on the level we were. 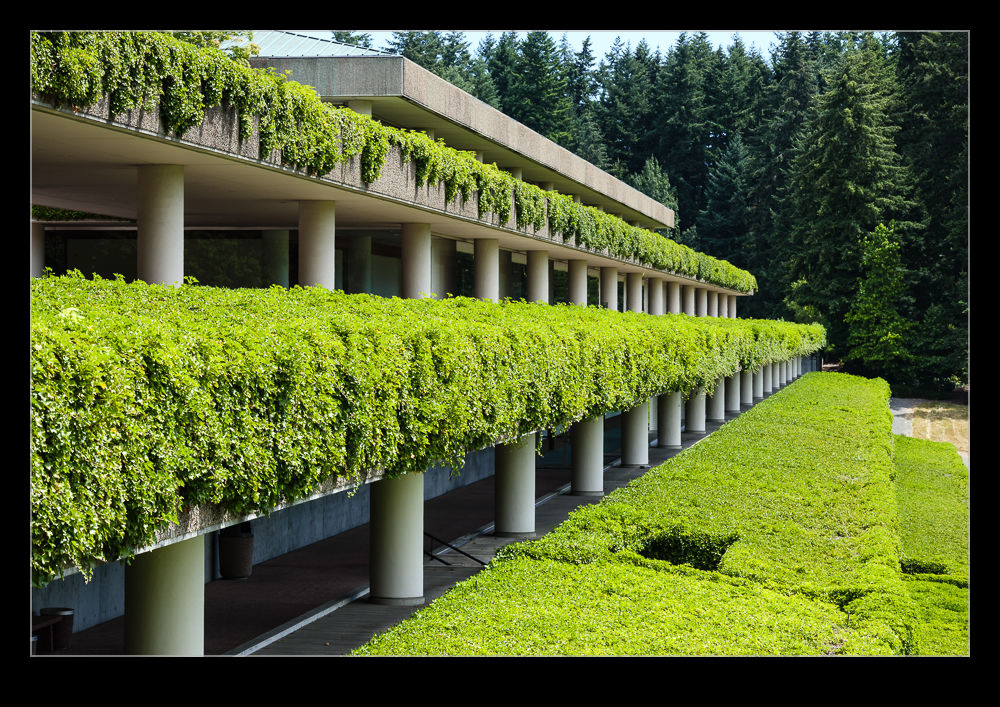 When we got home, Nancy did a little more research on it.  It used to be the headquarters of the Weyerhaeuser company.  It was considered quite a cutting edge place when it was built but the company has moved downtown and I am not sure whether anyone is using it now.  It does appear to be maintained and there are security patrols but not much seems to be going on.  We debated whether it would be a nice place to work or a bit far from stuff and isolated. 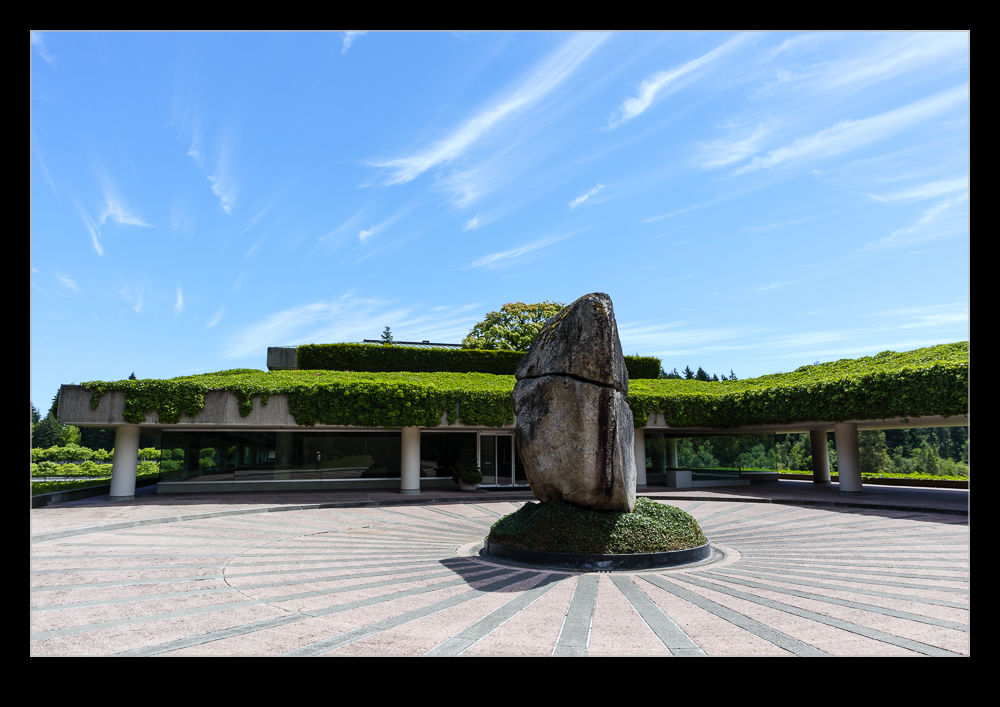 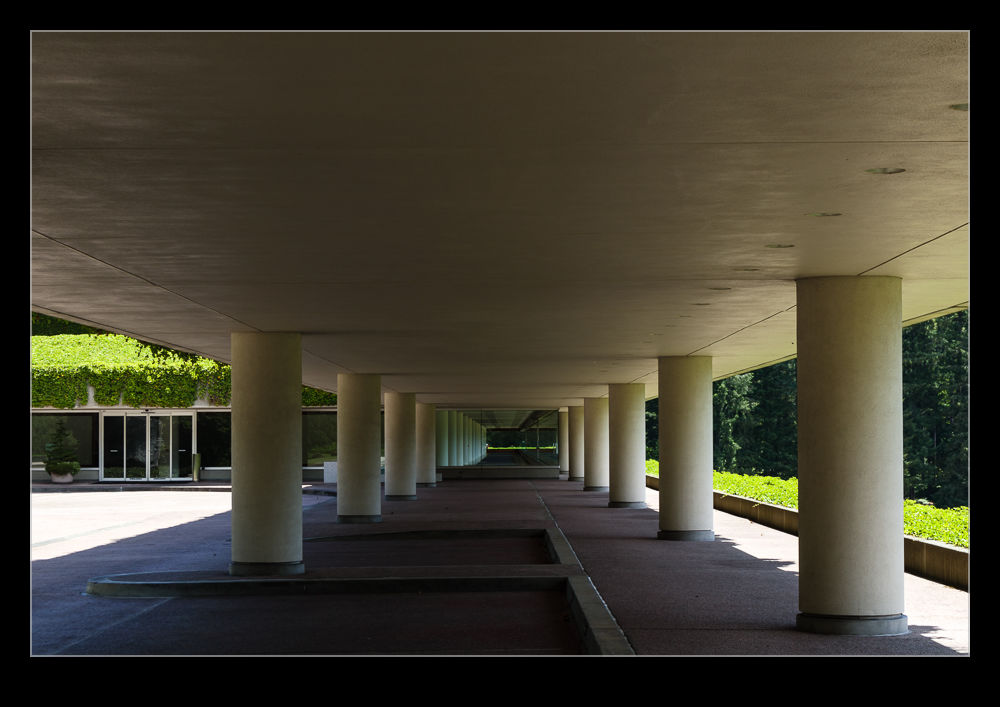