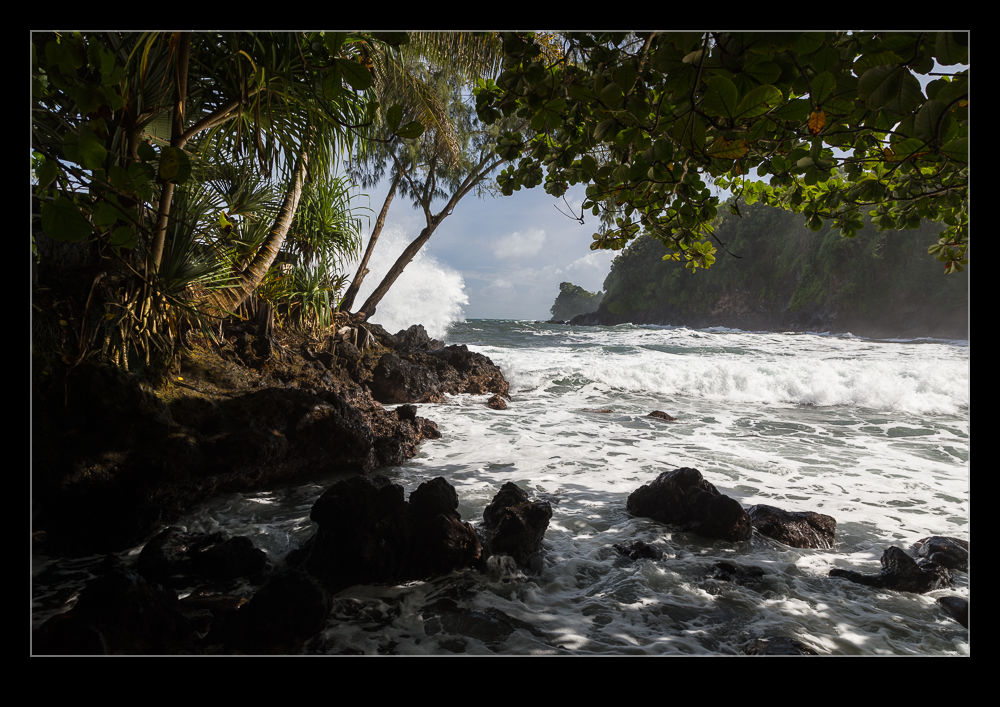 Being lucky is so cool.  I don’t know how many excellent opportunities I have missed without realizing it (that’s the benefit of not realizing it), but I have been fortunate to stumble into some good stuff.  We were driving down towards Hilo when we came to an overlook above a bay.  We pulled over and walked up to the edge to see a great view down into a lovely looking bay.  The waves were crashing in from the ocean and the place looked cool.  We were so close to moving on after a few minutes. 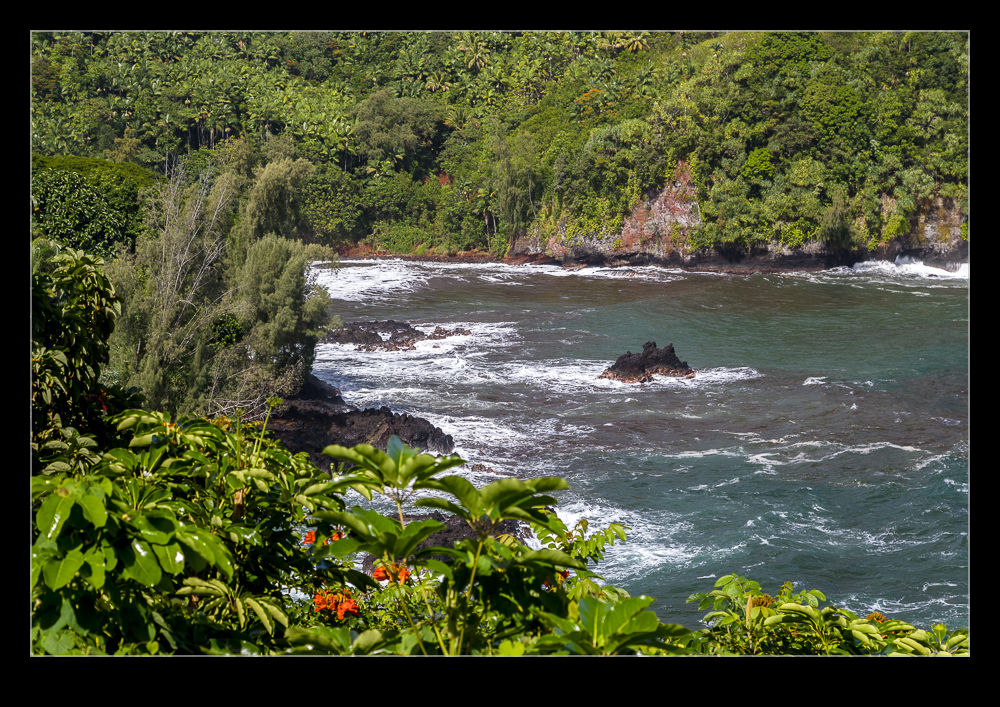 Just before we turned to go, we saw a couple of people down on a headland in the bay.  We weren’t in a hurry so we figured we would head down the trail and see what was there.  The area was butted up against a botanic garden which we weren’t planning on visiting so we knew we wouldn’t go far.  As we got to the bottom of the trail, we came to an entrance to the garden with a security guard sitting watch over who came through.  Then we saw a small side track alongside the fence heading to the water.  A short excursion brought us to a beach.  The waves were crashing up on the shore by our feet and everything was covered over with a dense canopy of trees.  A little climb took me out onto a spur of rock with the waves crashing either side.  A rocky cliff face was on one side and the waves were striking it violently. 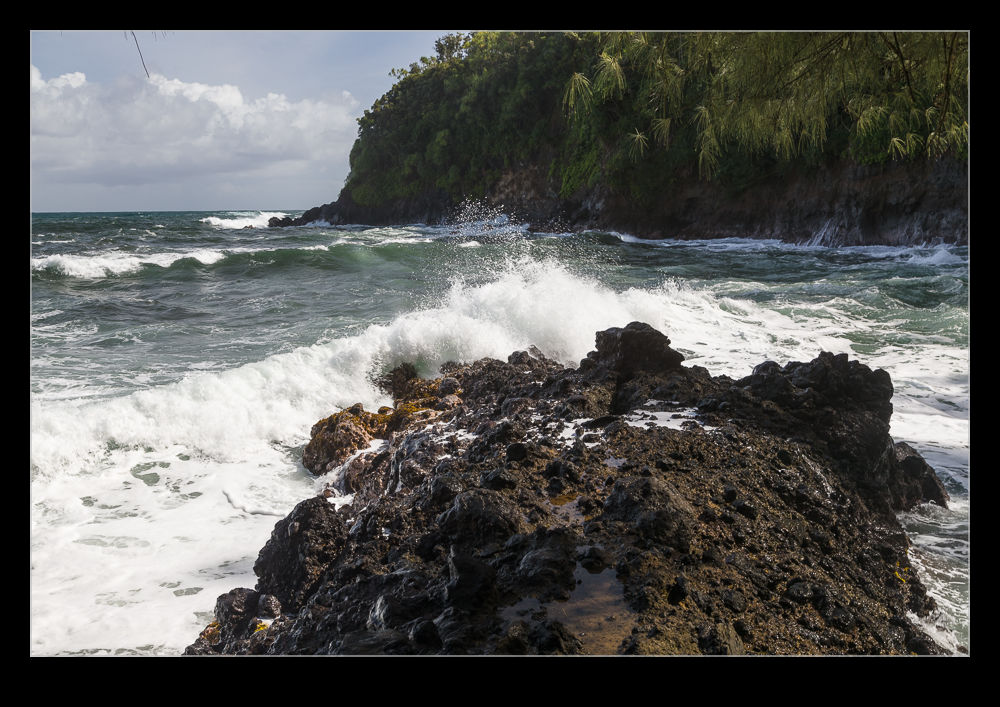 There was a small blowhole in the rock near where I stood.  As the waves came in just right, the water would fire out of the hole.  Other times nothing would happen or there would be a small gurgle.  I talked to a couple of guys out there who obviously knew the place well.  They pointed out how far out you could go without getting completely drenched by the waves.  More importantly, it looked like the sort of place that you could get caught out by a wave easily.  If you went into the water, I suspect it could have ended badly. 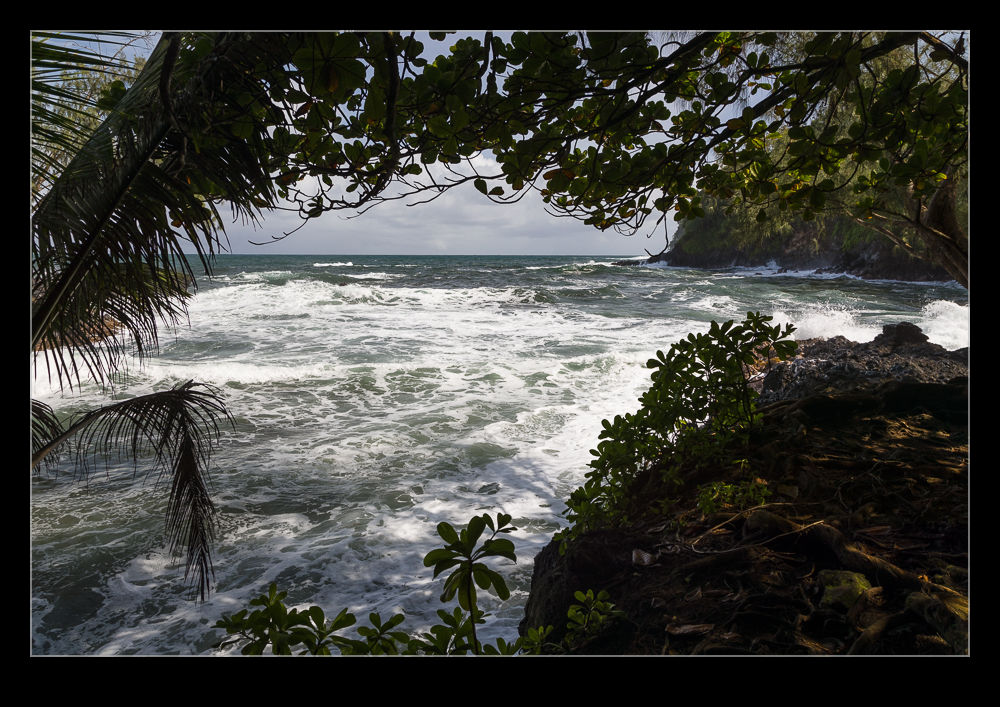 Forget that though.  The place was gorgeous.  When the guys left, we were the only ones there.  The waves were pounding the shore, the scenery was stunning and you felt like you were the only person in the world who knew it was there.  It was hard to break away.  We stood there for ages.  Sometimes the waves would come that bit further up the beach than normal and they would wash over my feet.  No point in objecting.  Just stand there and enjoy it.  Of course, we had to leave eventually.  Those visiting the botanic garden had a promontory a short distance away but they were really not in a good position to enjoy the experience because they were on one of the nicer parts.  We met a couple coming down the trail as we left.  They looked ready to turn back and had not seen where we had gone.  We made sure to explain where they needed to go.  I hope they liked it. 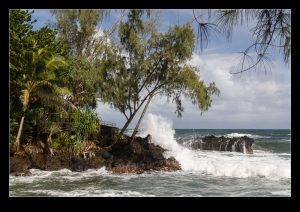 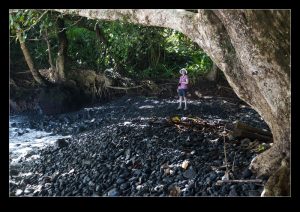 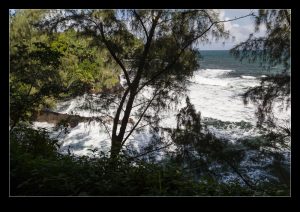