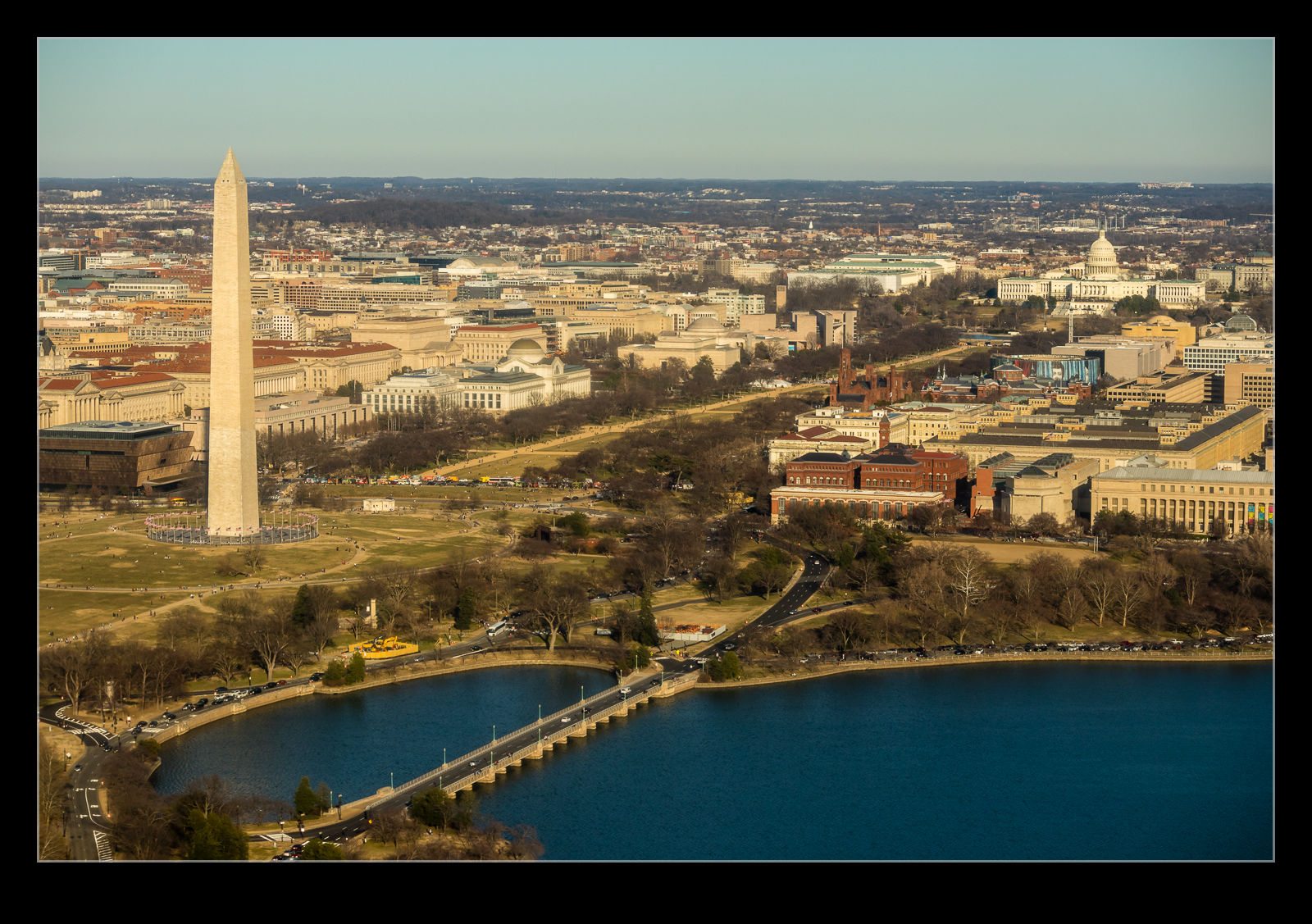 For the first time in two years, I made a work trip by plane.  I was heading to Virginia for some meetings and was flying into Washington National Airport.  I picked a seat on the left side of the plane in the hope that we would make a river approach.  That gives a good view of the Mall and the surrounding area as you are on final approach.  The weather was lovely with a sunny day and low sun angles as we were arriving later in the day. 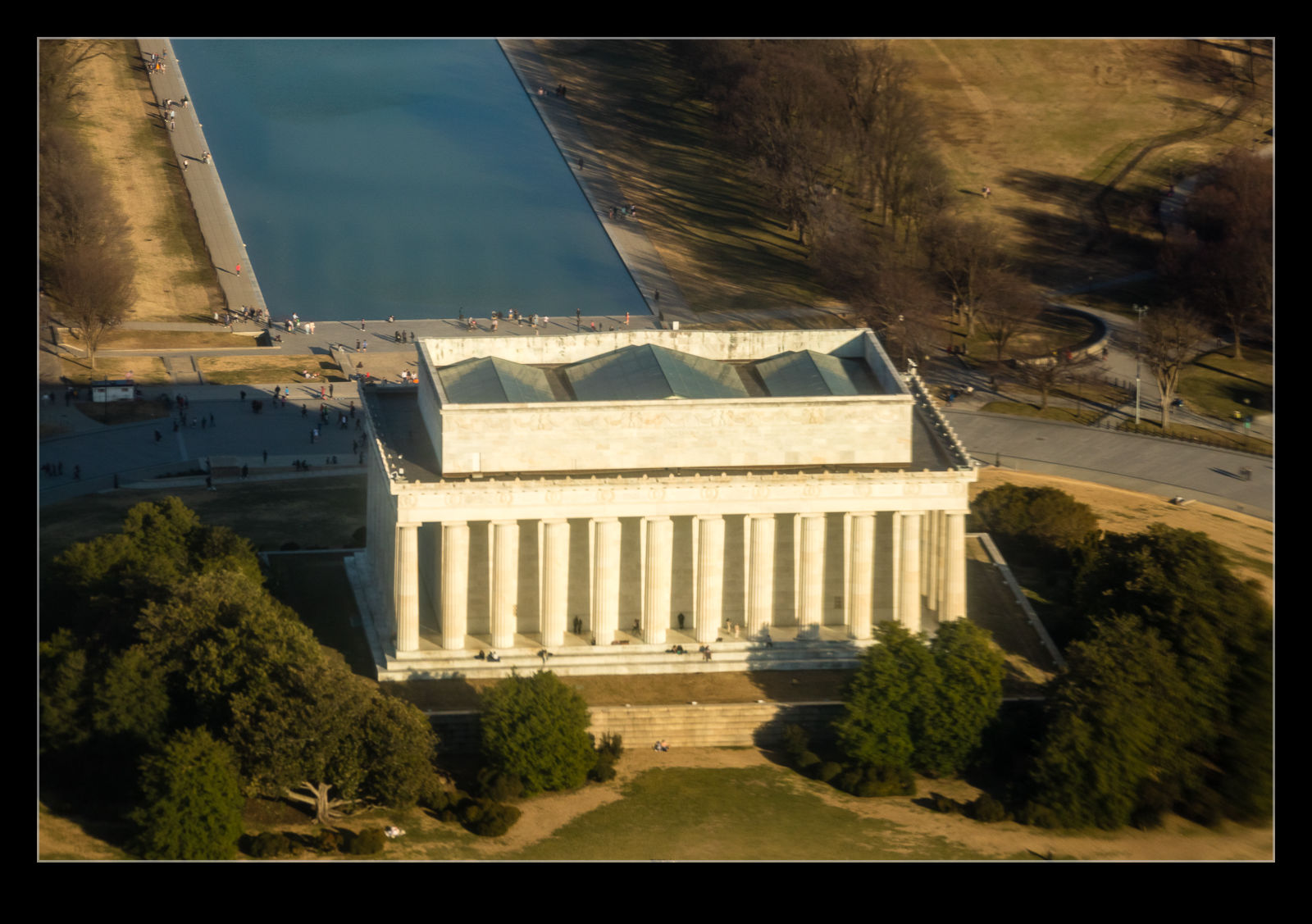 At first, we appeared to be heading the right way and then we were too far to the south.  I thought we were going to approach from there but then we made a 180 and headed back towards Dulles before starting down and turning on to the river approach after all.  I could see the area around the mall coming in to view as I looked forward obliquely, but aircraft windows are not good enough to get a shot like that. 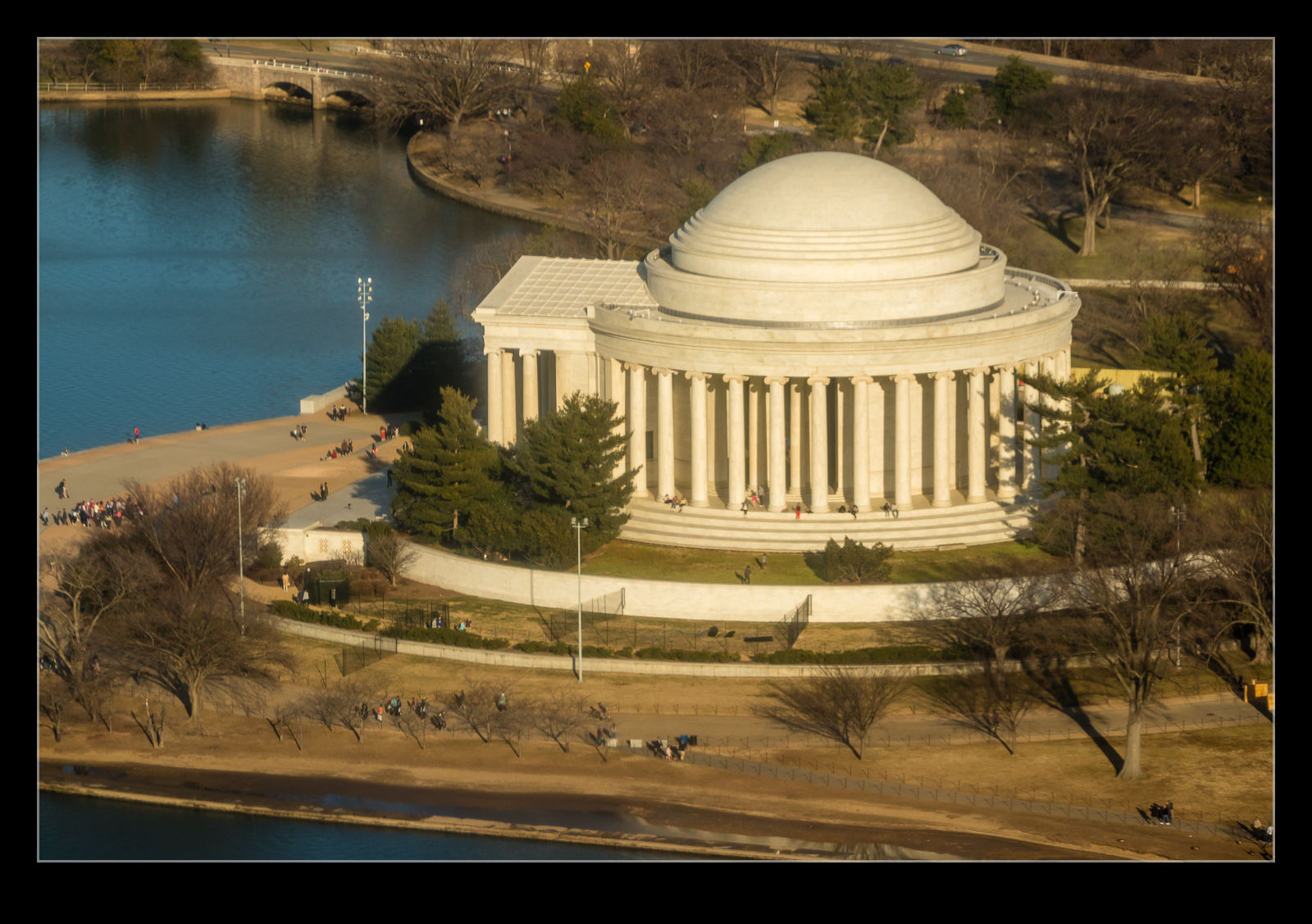 I waited until we were closer in getting shots of Georgetown, the Watergate complex and the Kennedy Center.  Then everything was in sight and I was trying to get shots as quickly as I could.  Of course, we are not moving slowly at this point so it is not long before any shots have been missed so it was a question of getting as much as you can.  I was a little hinder because I was shooting on the back screen of the M6.  To see this clearly means taking off my glasses but that isn’t ideal for seeing where to look out of the window.  I think I made it work well enough though. 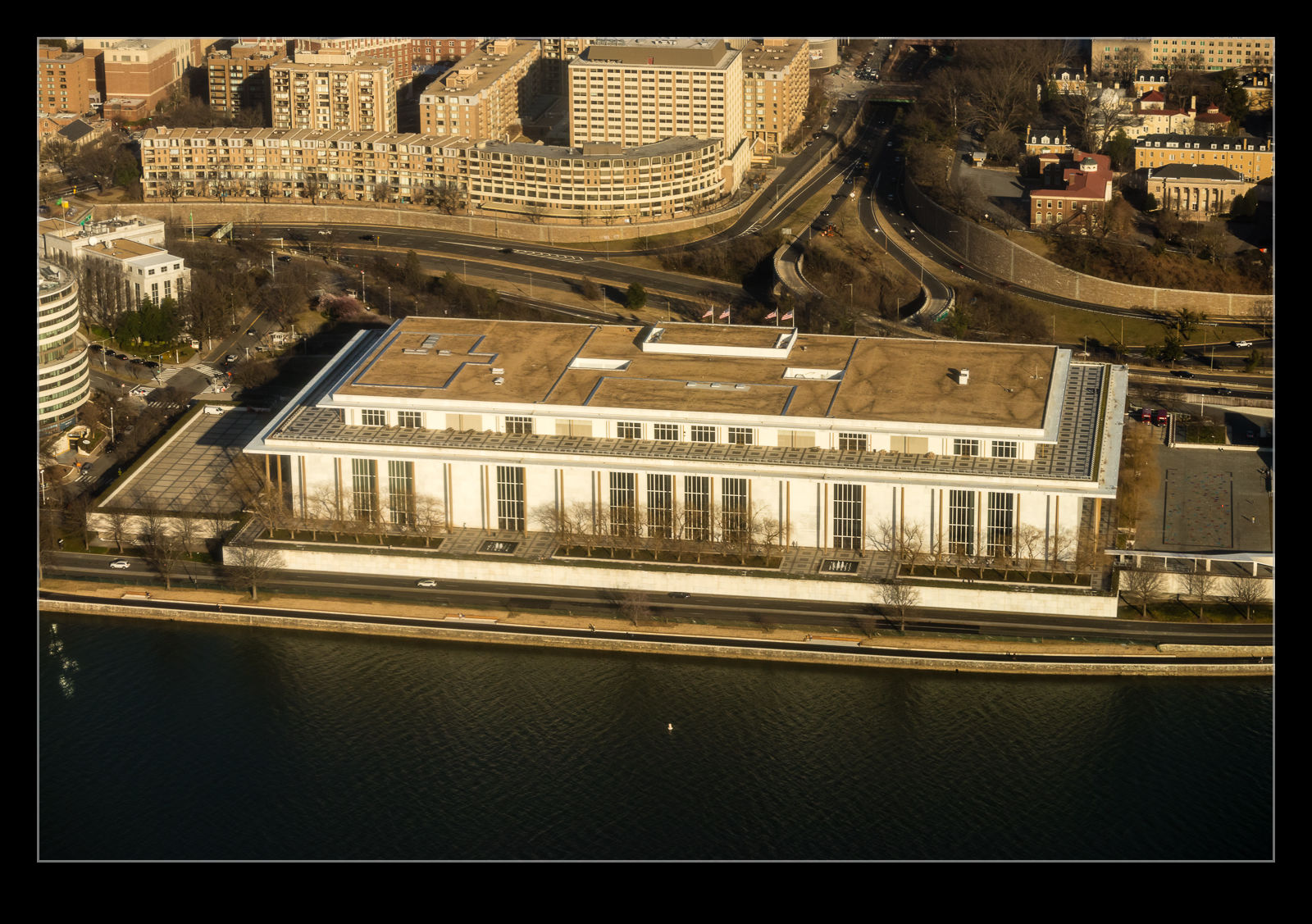 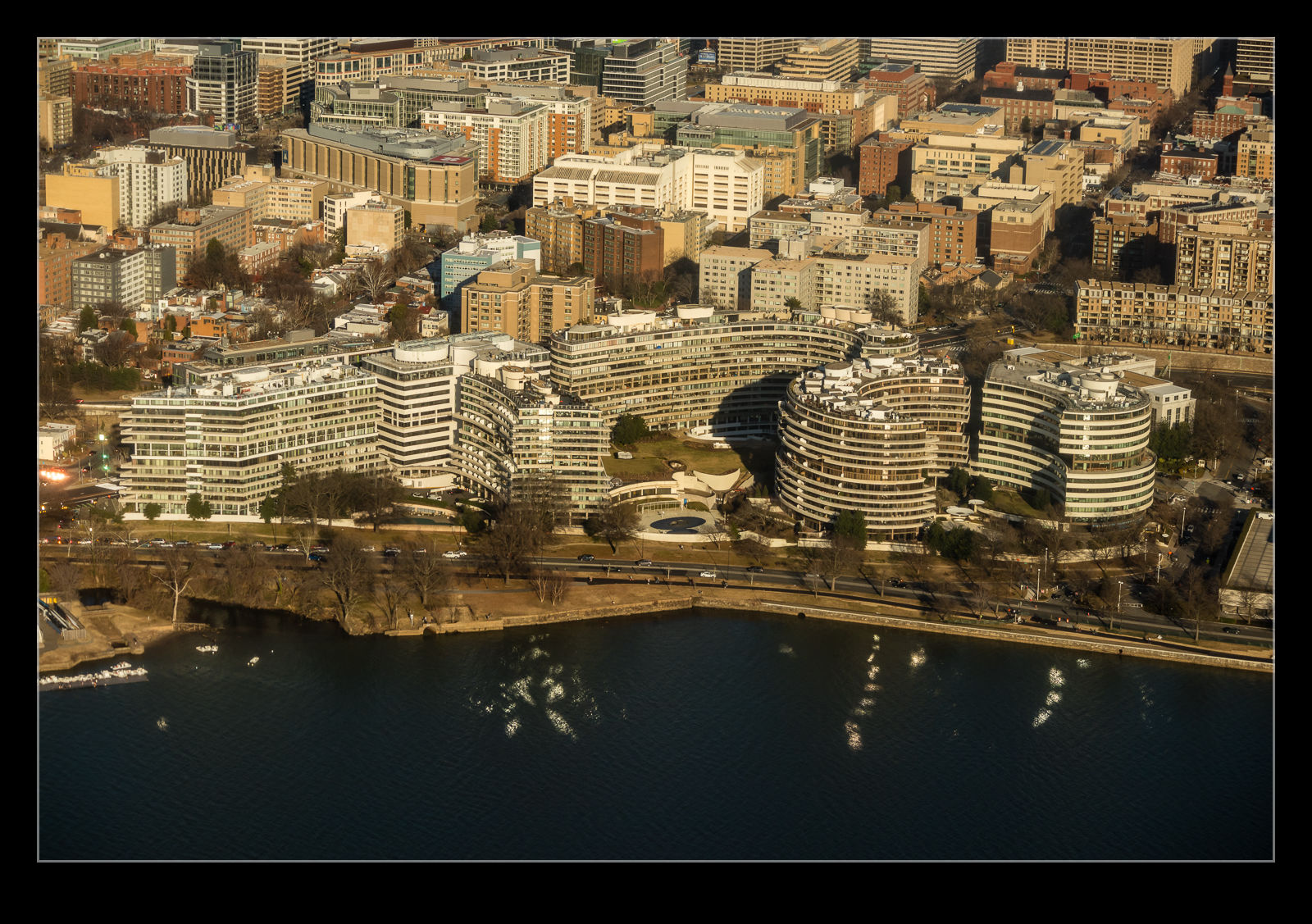 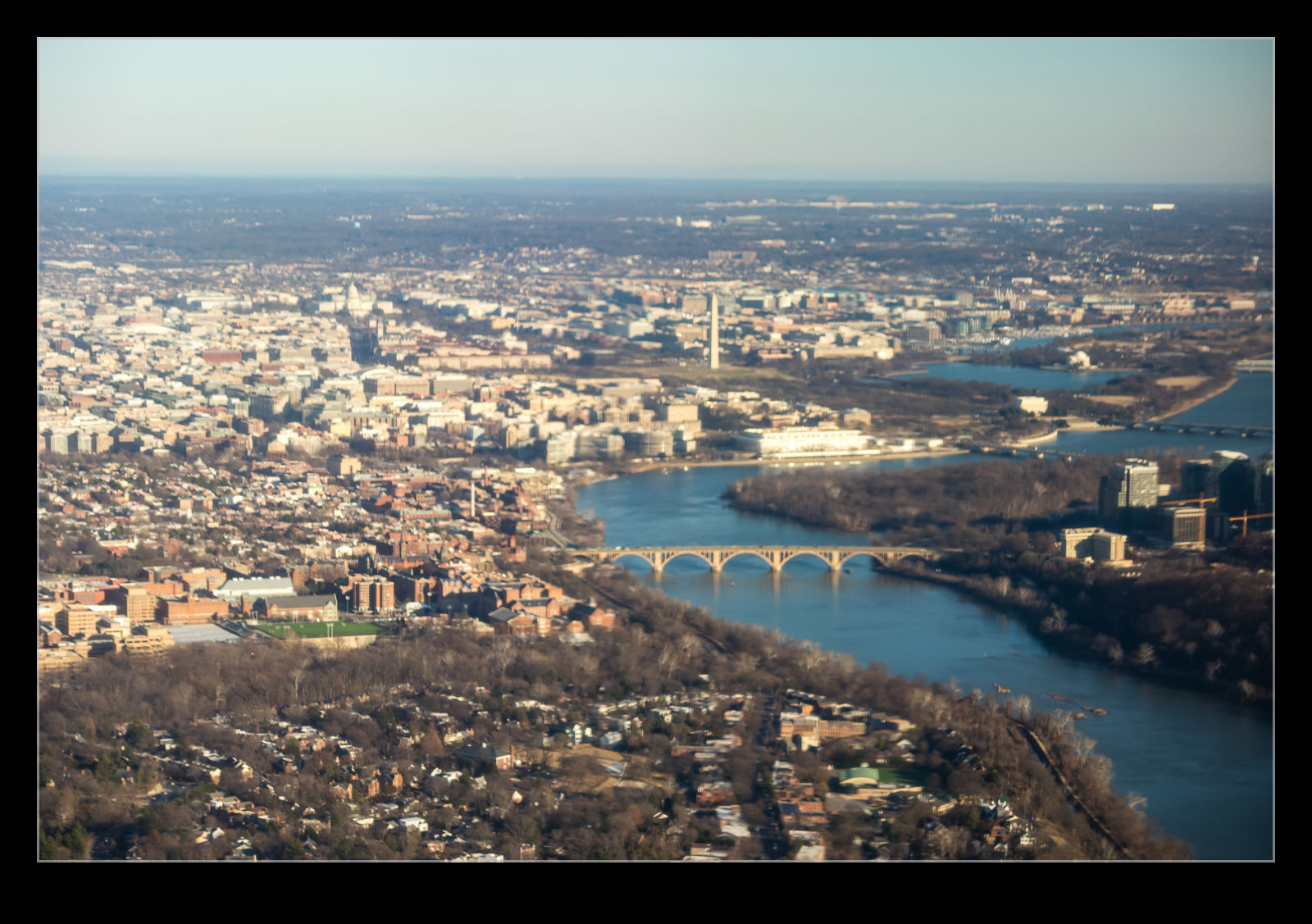 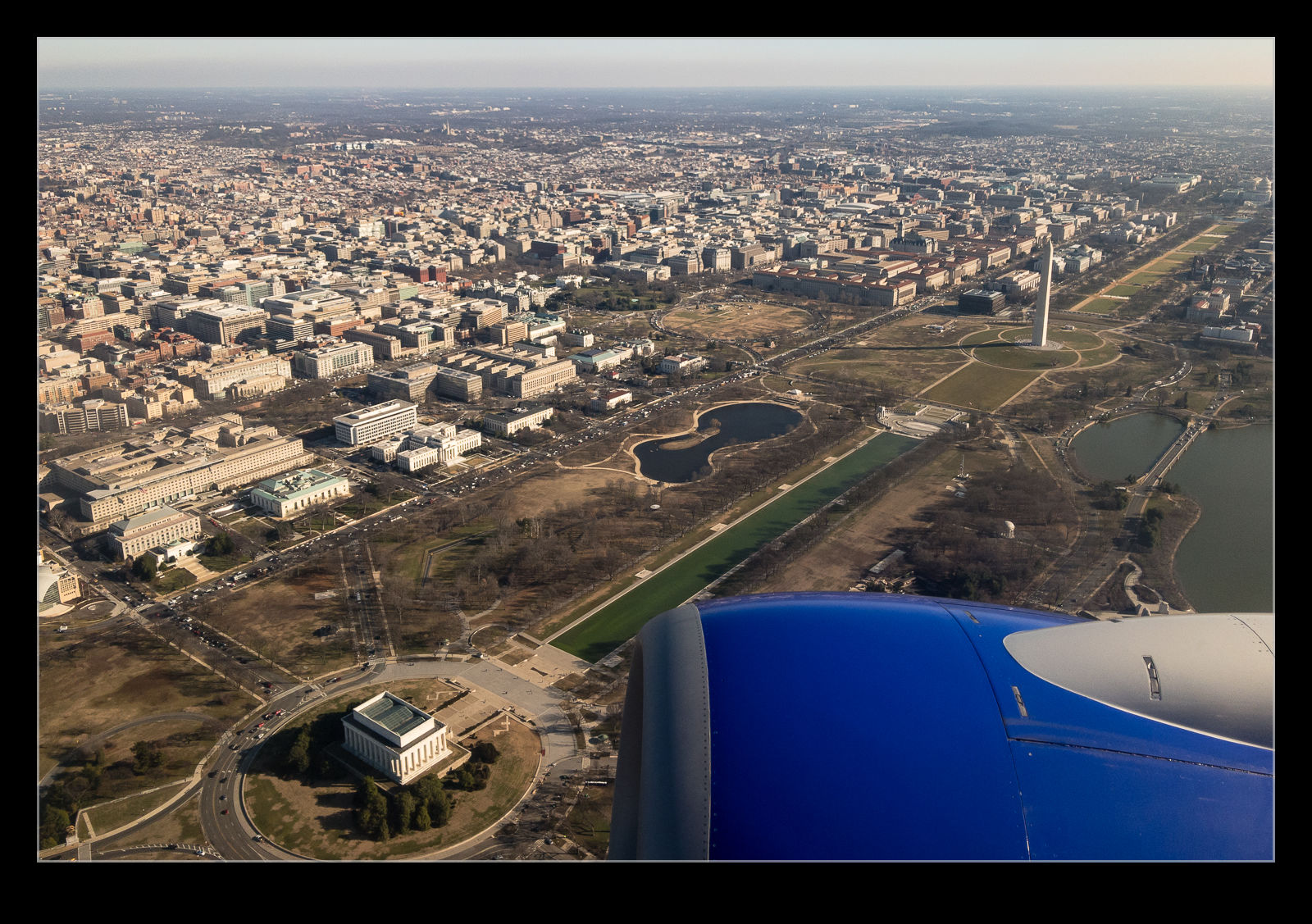 I had to make a quick trip across the country to D.C. recently.  It was only a brief visit so I didn’t travel with any camera other than my phone.  I originally thought the flight back was very early in the morning but it turned out I was mistaken and we took off once the sun had come up.  We departed to the north from National which takes you towards all of the most famous views of the National Mall. 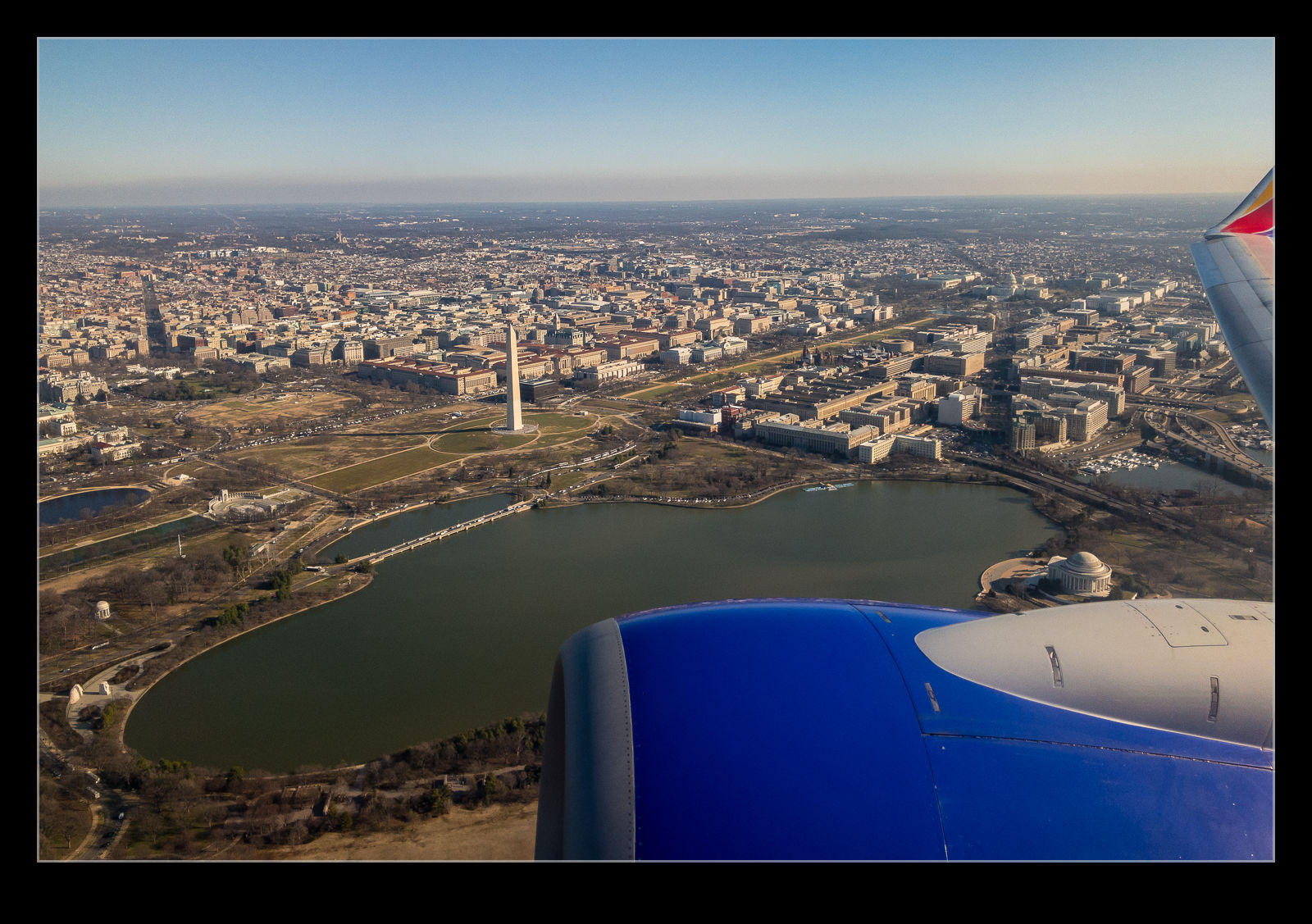 The flight path involves a turn away from the good view so you are fighting the appearance of the engine and the wing when trying to get a shot (and that doesn’t take account of the battle you have with the high quality windows of your average airliner.  It is the best view you get of the area though so well worth a go.  Shooting in RAW also helps to fix some of the issues you can get with a phone when the shooting opportunity is fleeting. 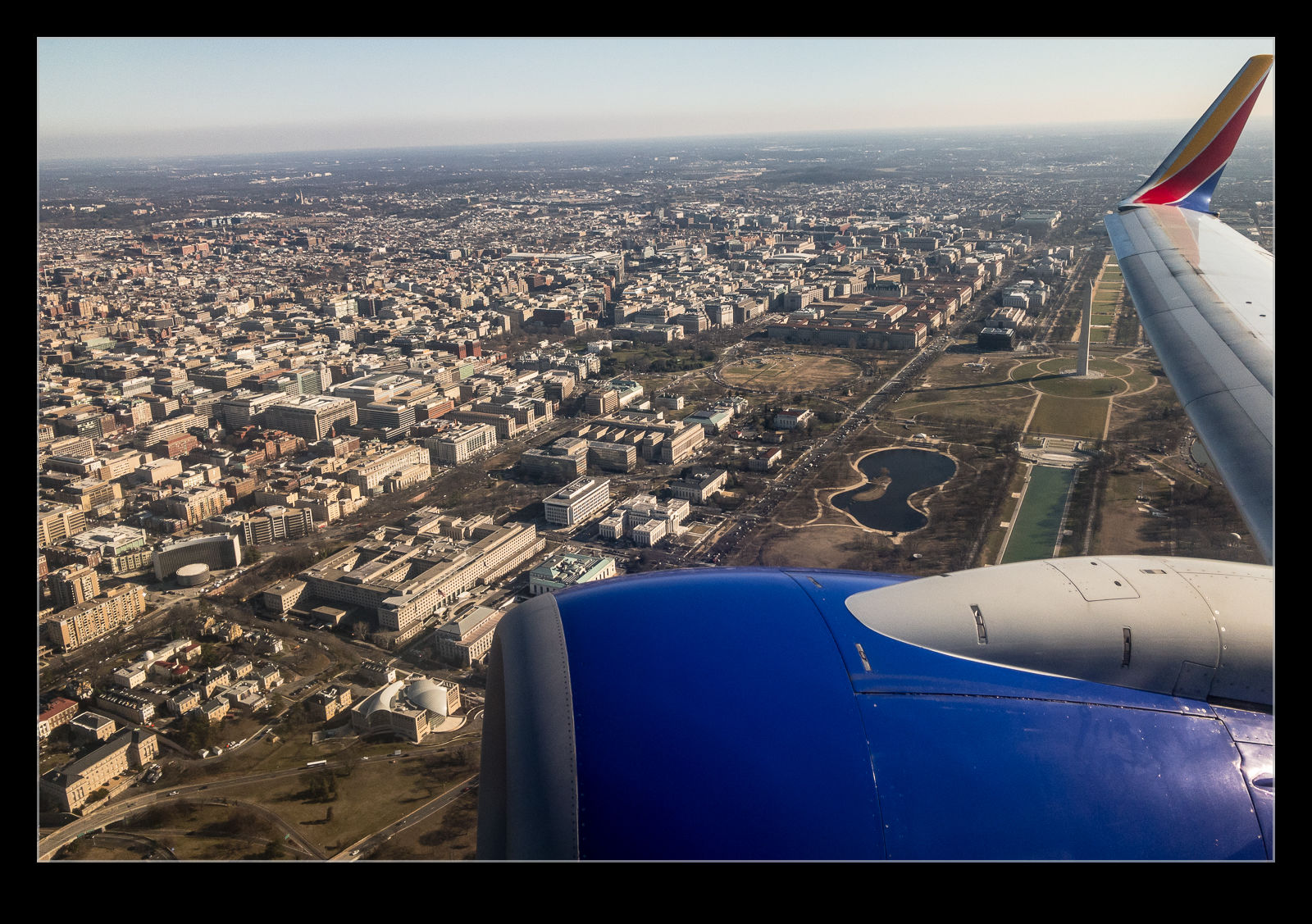 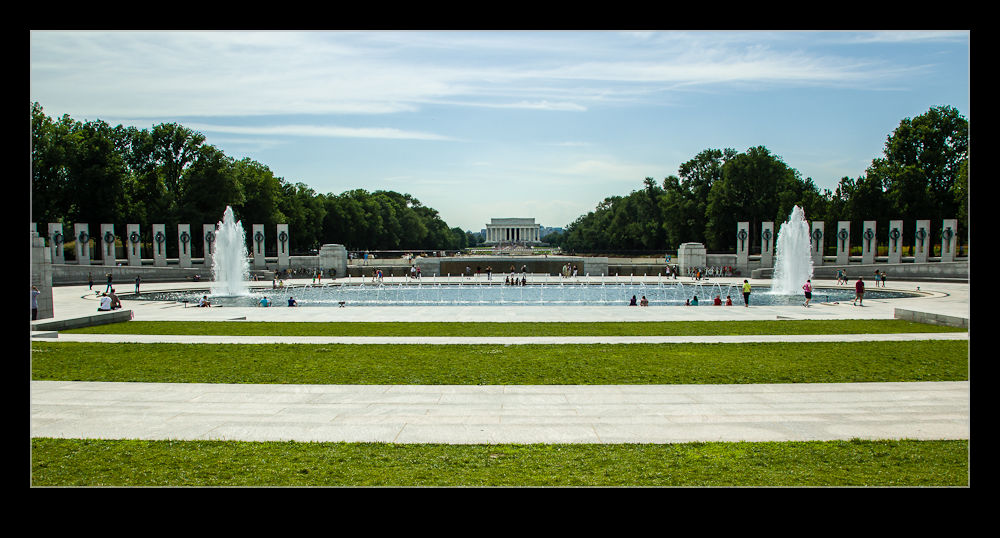 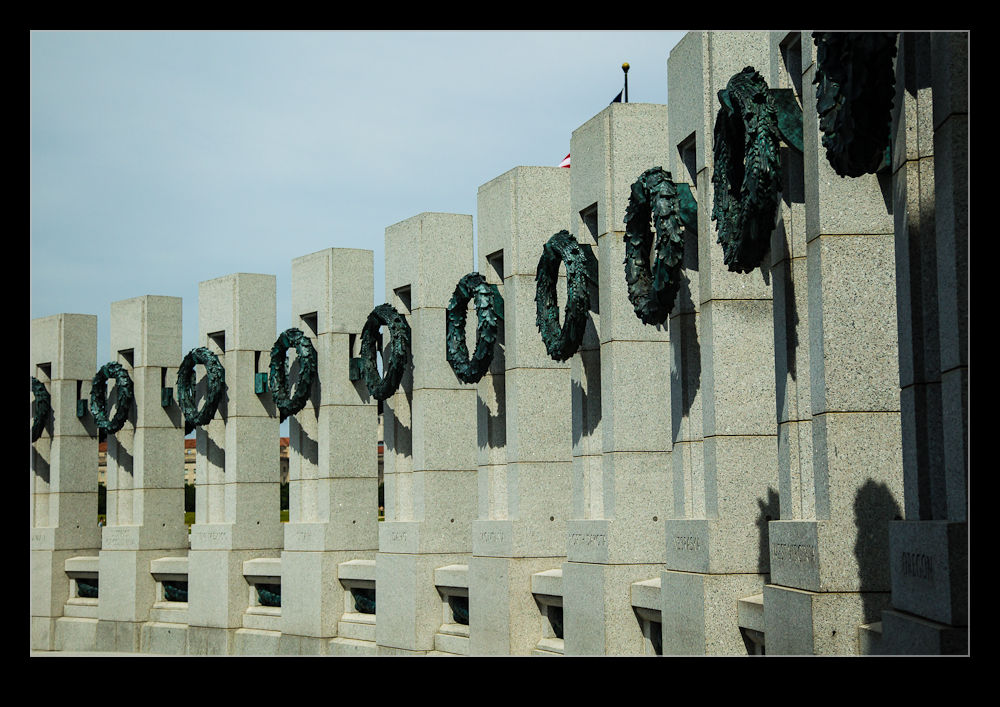 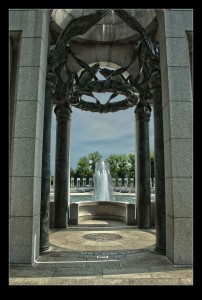 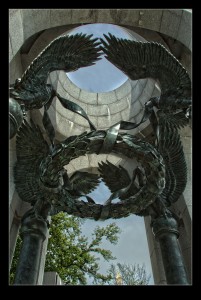 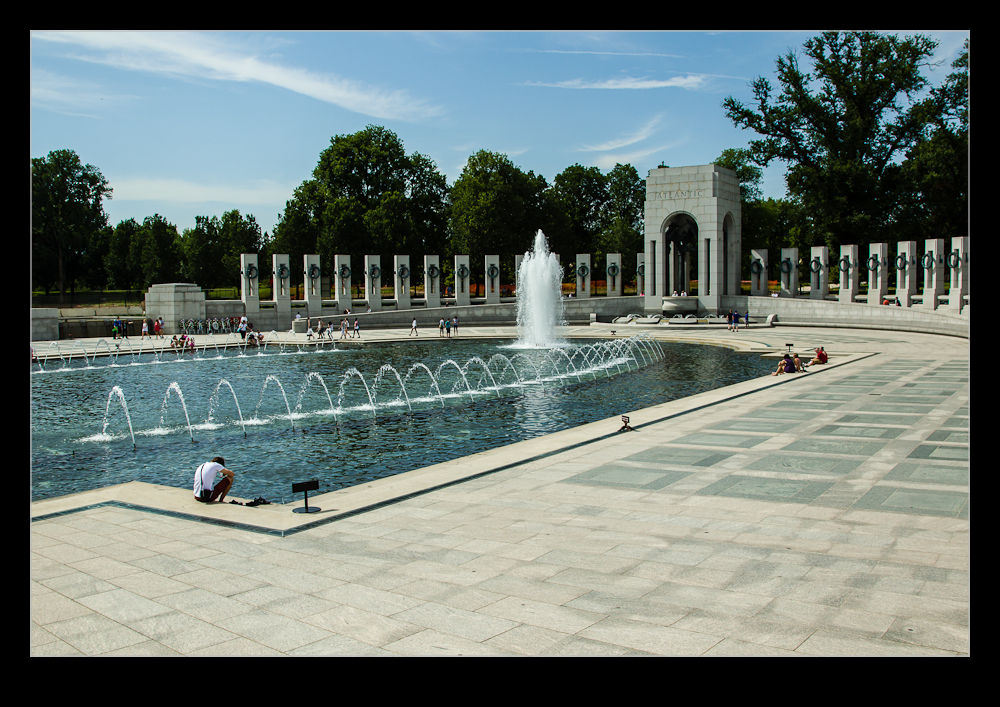 Just across from the Lincoln Memorial is the National Academy of Sciences.  On the grounds in the front of the building is a sculpture of Albert Einstein.  It is a great sculpture since it is quite sizable and impressive yet is in a style that is very relaxed.  It gets a few visitors at a time but isn’t very busy so is a nice distraction from the business of the rest of the Mall.  It is also just the right size to encourage you to sit in his lap.  I include a picture of Chris doing just that so you can gauge the scale. 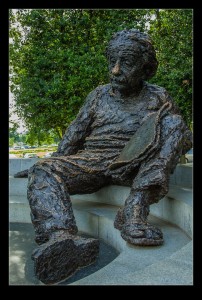 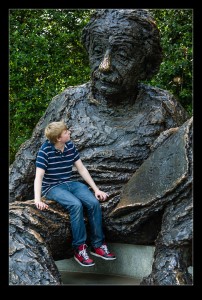 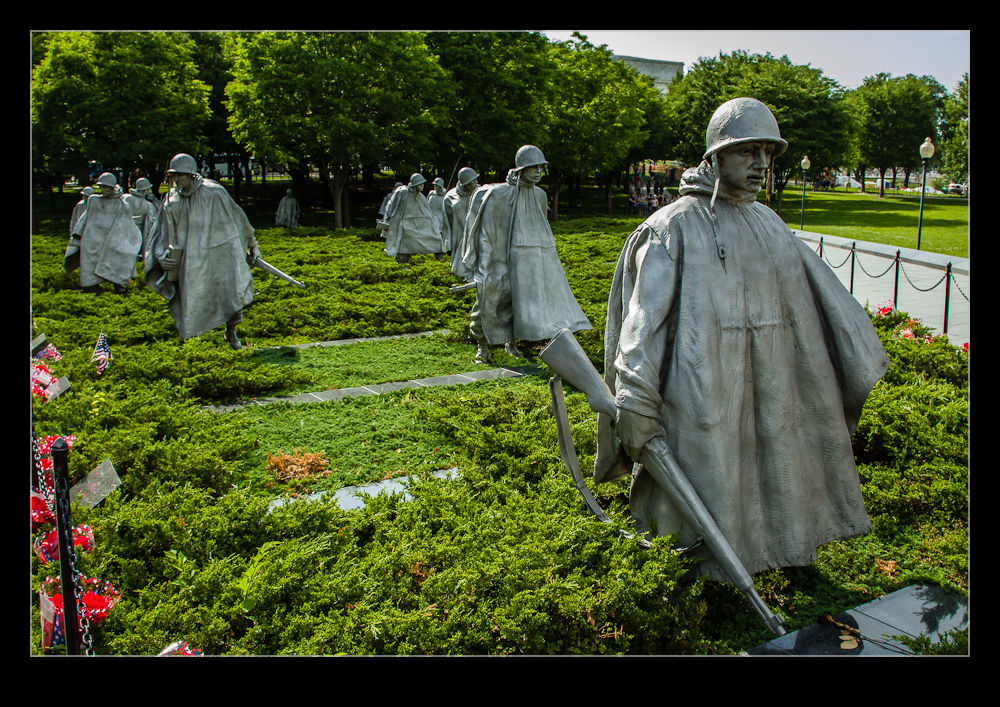 The Korean War Memorial opened around the time I lived in DC in the 90s.  I thought it was really cool when I first saw it and I still think it is an impressive monument.  It is particularly good to see in the rain since the outfits the soldiers are wearing in the sculpture are big ponchos and, on a dull and wet day, the image of the guys out on patrol is particularly evocative. 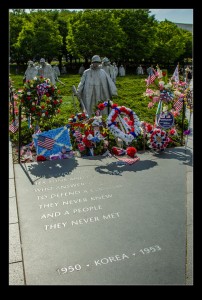 It was sunny this time so the effect wasn’t quite the same but the sculptures are still very impressive.  I had not remembered the water features around the memorial as much as the sculptures so this was a bit of a discovery for me.  The number of visitors was very high so it was hard to get the alone feeling that seems appropriate for the whole place but it is still a very interesting place to visit. 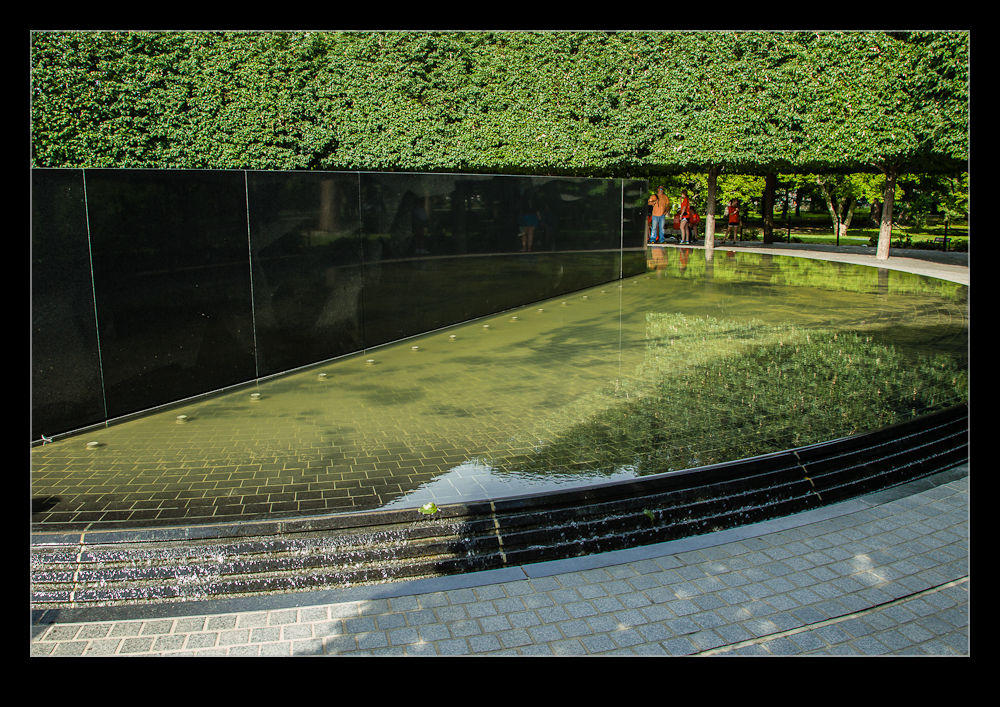 It was not long after Memorial Day when we were there so there were a lot of flowers around the memorial and many personal messages that people had placed.  This always adds a personal feel to any memorial. 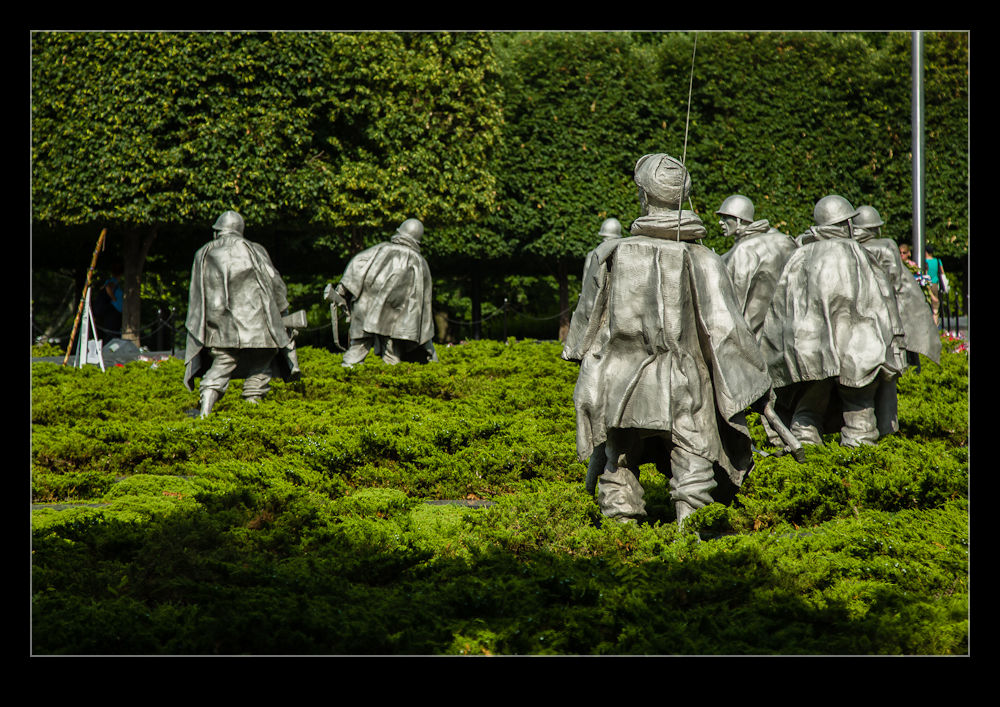 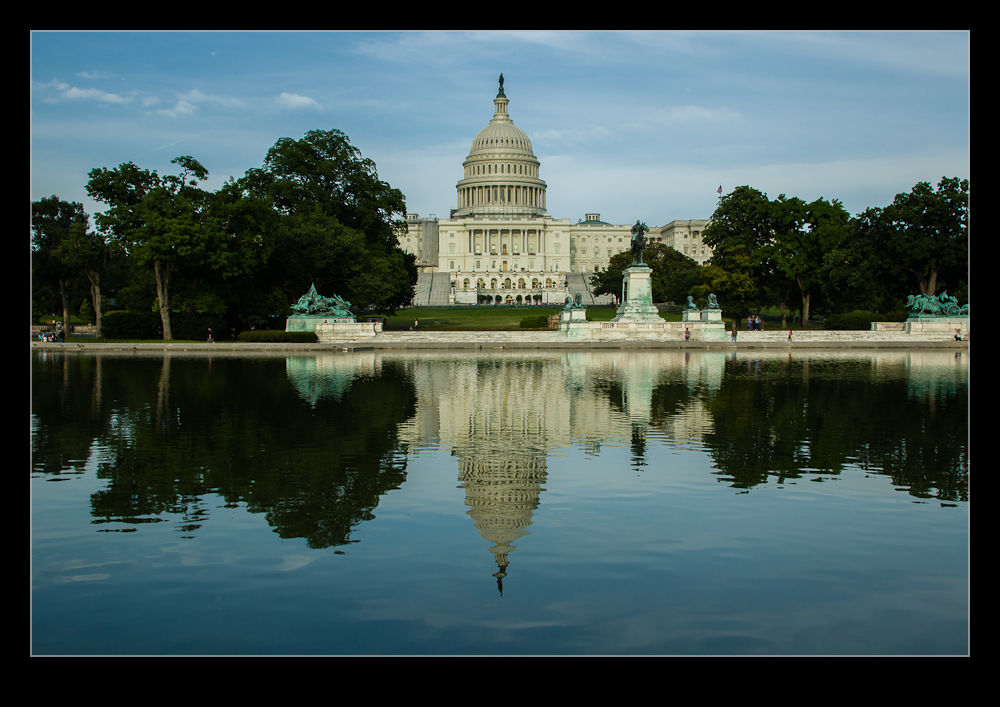 The US Capitol topped and tailed our trip to DC.  We came into Union Station when we entered the city and so the Capitol is just a short walk away.  Chris went and shot some images there while I was in my meeting so I bypassed it when I was trying to catch up with him.  This ended up working in my favor. 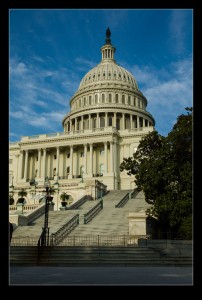 On our return leg, the weather had improved from the cloudy skies we had started out with and, more importantly, the sun was starting to go down so the light was getting a lot more friendly.  Also, a third upside was that there weren’t too many people around any more.  Therefore, while we were a bit bushed and also keeping an eye on the time of our train back to the airport, we stopped off and grabbed a few shots of the Capitol before heading home. 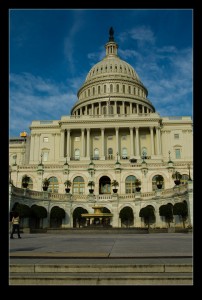 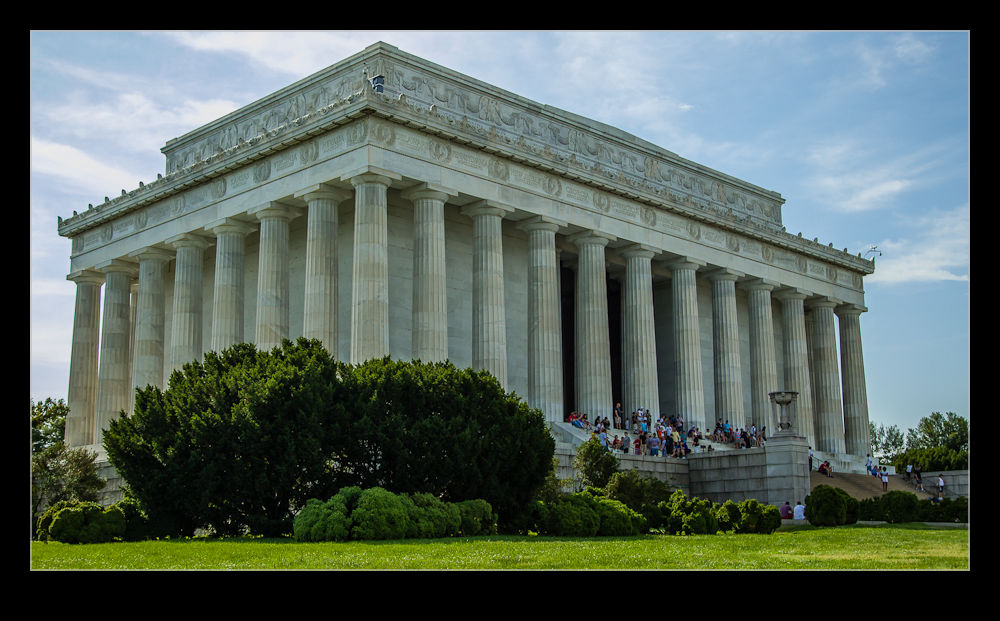 Continuing the Washington tour, we headed to the Lincoln Memorial.  This one isn’t an unfamiliar subject and there is only so much you can do that is new.  I was also a little constrained by the time of day we were there but enough of the excuses.  I still got a few shots of the memorial as we looked around.  It is an impressive structure and very popular.  Consequently, there are a lot of people there at almost any time of day. 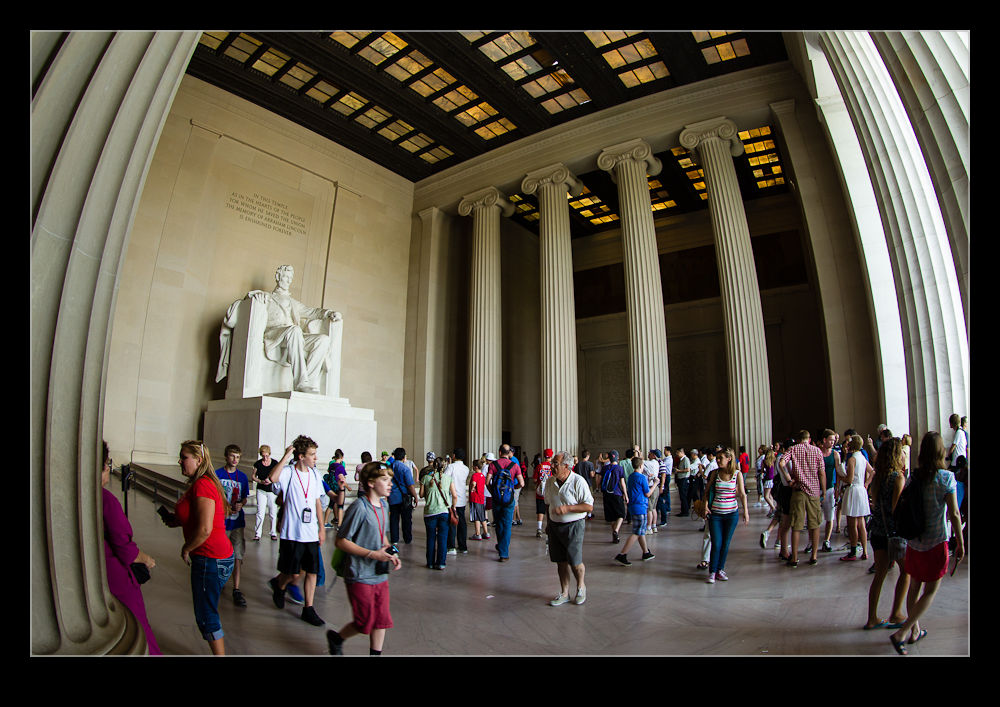 With so many people there, you are not often going to get the chance to have the scene clear of people so you make the best of it.  I figured I would go as wide as possible in order to make the people less prominent in the shots.  Whether this really worked or not, I am not sure.  I also decided to do a panorama inside the building to try and get the wide shot without the distortion the fish-eye can bring. 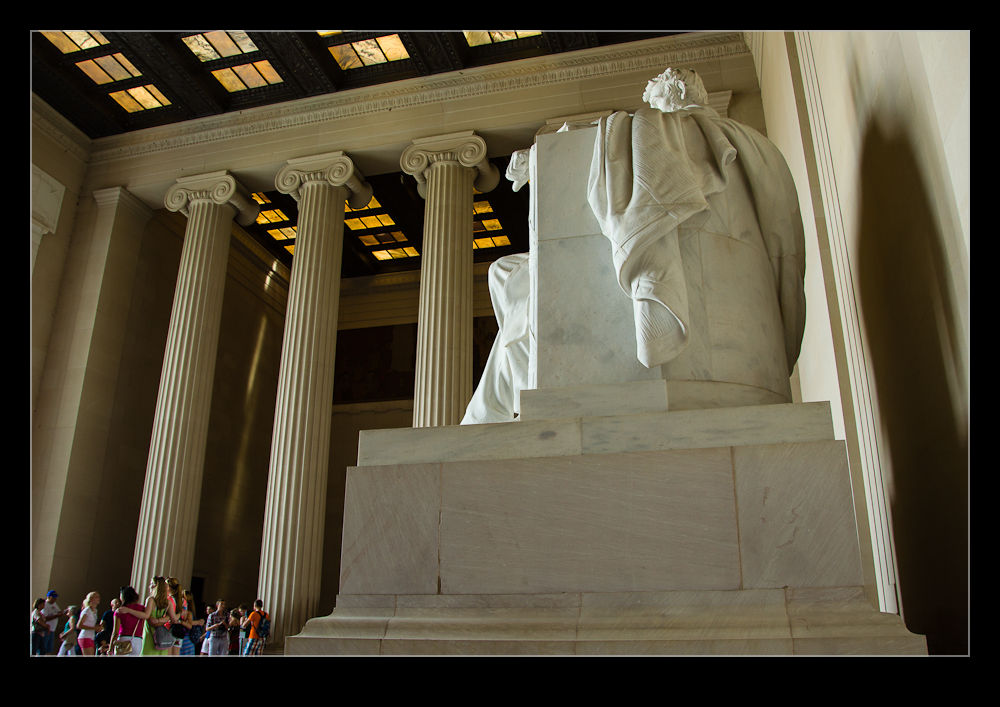 That didn’t stop me playing with the fish as well.  It certainly provides a different look at some things but the large amount of vertical references really shows the distortion.  Still, it was worth a try. 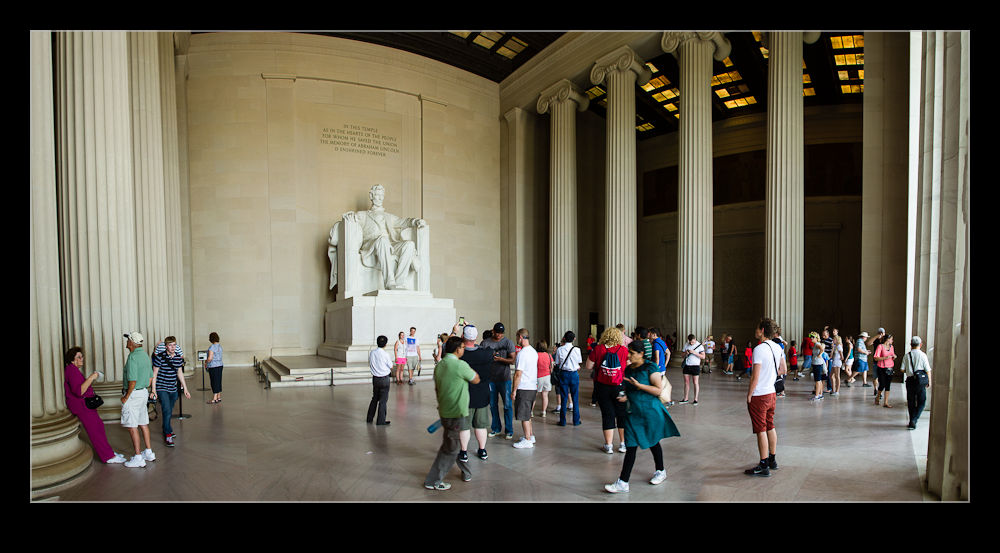