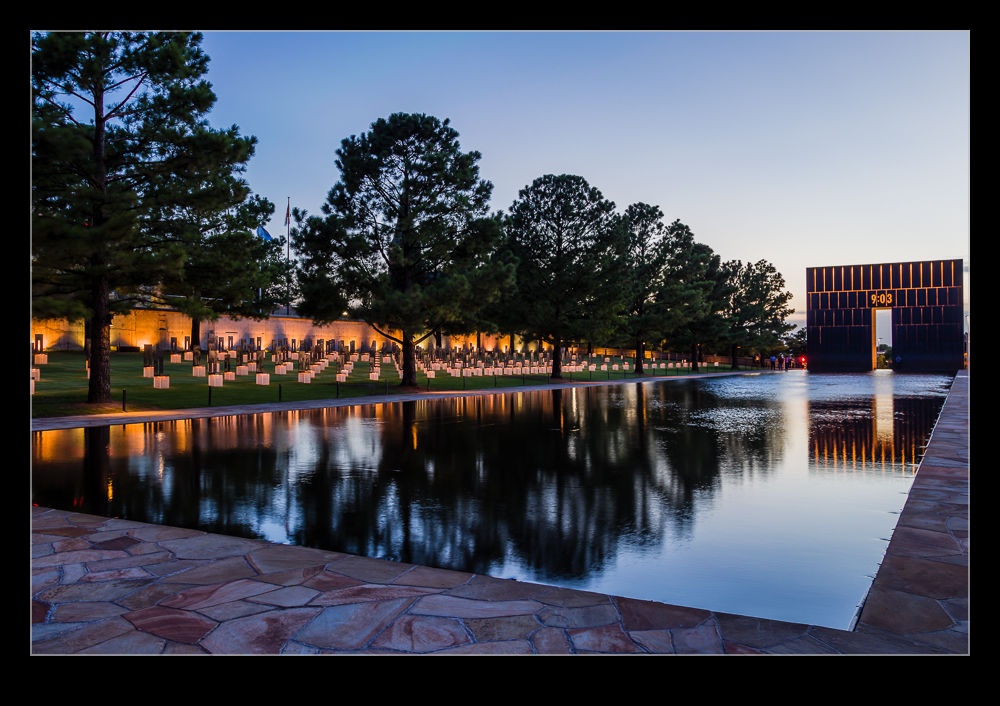 In previous posts about the federal building memorial in Oklahoma City, I talked about how it is lit at night and that I wanted to go back. This I have now managed to do. I showed up around sunset and walked around the whole memorial. I was traveling light so no tripod, only a GorillaPod. This worked fine for most things. I was interested to discover text on the end of the memorial which lit up at night. I had thought it was a blank wall previously. 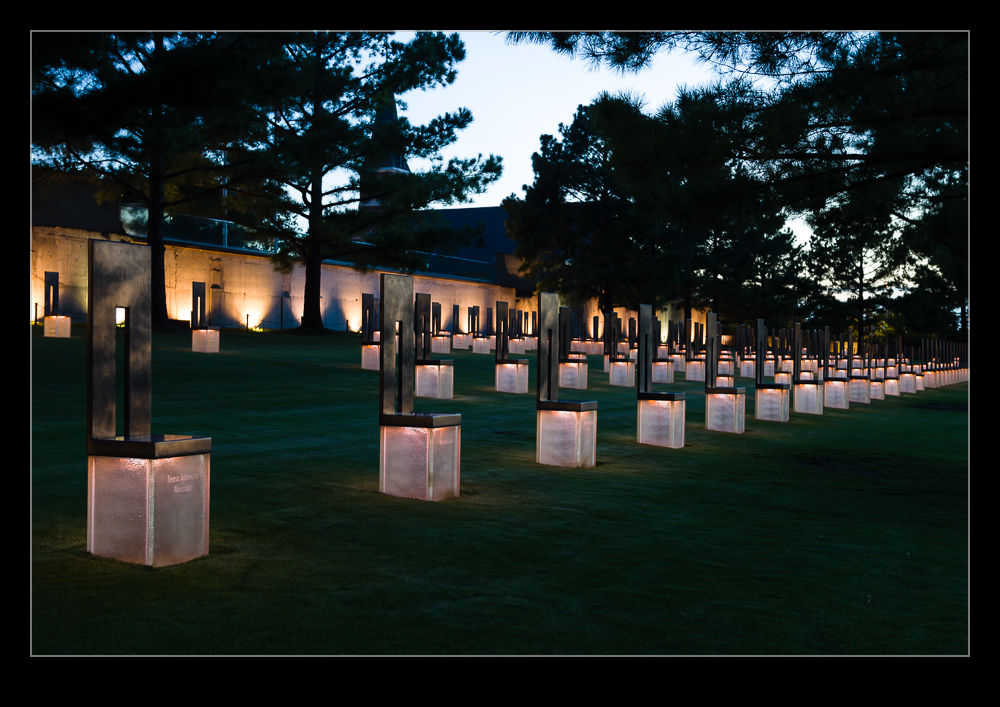 The subtle lighting across the memorial was very nice. As the sky color faded, I got a bunch of shots, some with quite long exposures which helped to blur out the other visitors of which there were plenty. The gentleness of the scene was what I wanted to convey since it was even more apparent in the dark than during the day, even though it is a calm place then too. That the place feels so peaceful while remembering such a violent event is a tribute to those who created it and maintain it. 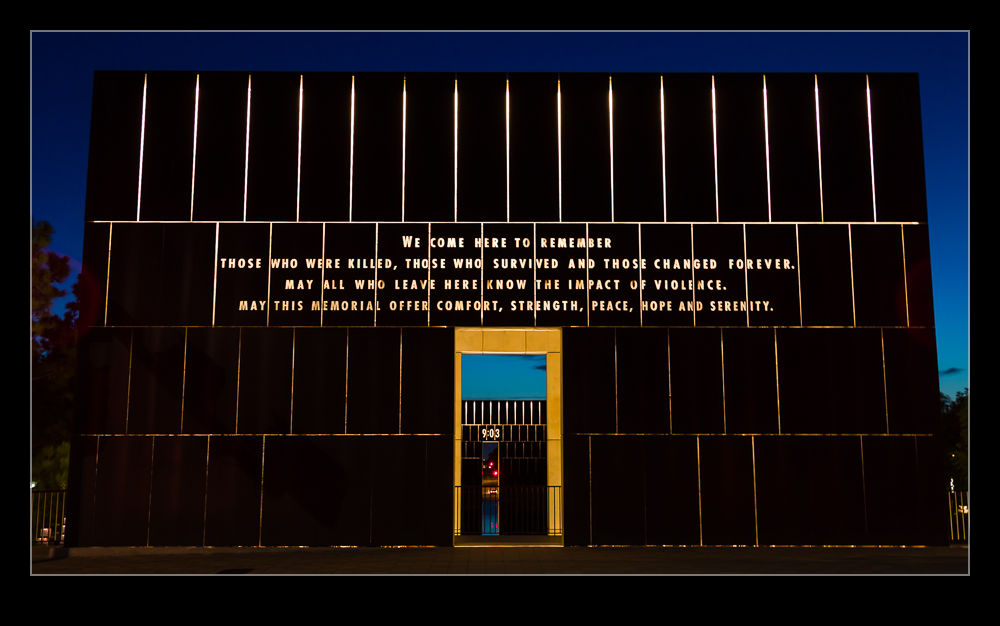 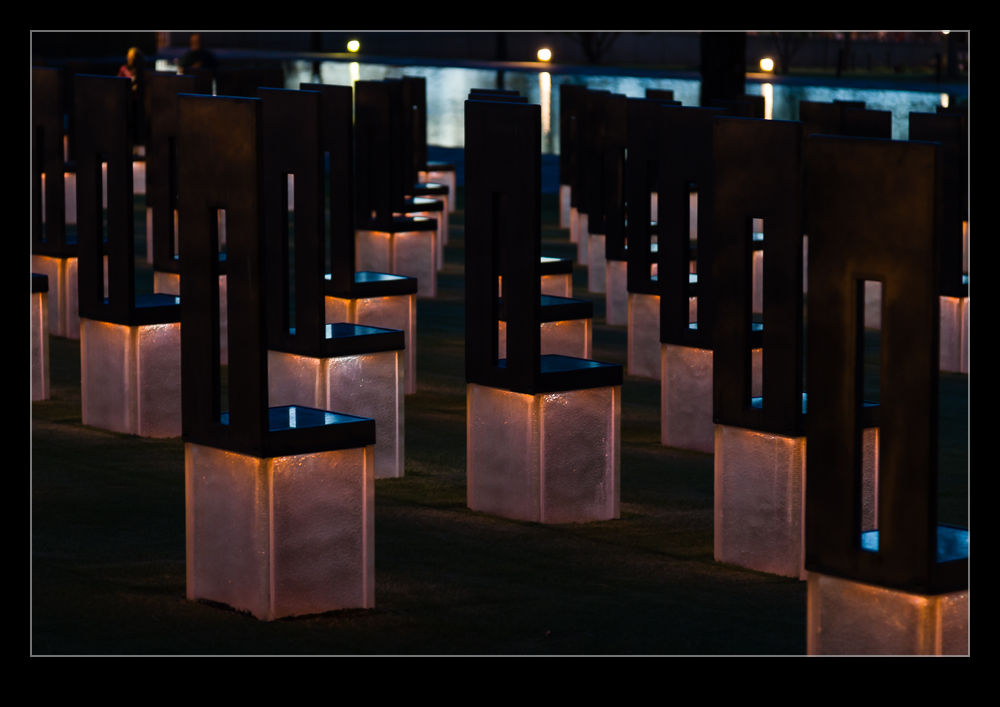